Eric Nam is back with new music!

On July 30 at 6 p.m. KST, he released his fourth mini album “The Other Side” along with the music video for the title track.

Fitting for the current global situation, “Paradise” expresses hopes to escape the difficulty of reality and find freedom. Eric Nam wrote the lyrics along with DAY6’s Young K.

The album contains five tracks including the title track “Paradise.” Eric Nam participated in the composition and lyrics for “Trouble With You,” “Paradise,” and “How You Been,” as well as the lyrics for “Down For You.”

It has been revealed that DAY6’s Young K also participated in writing lyrics for “Trouble With You,” “Paradise,” “How You Been,” and “Love Die Young (Korean Version).” 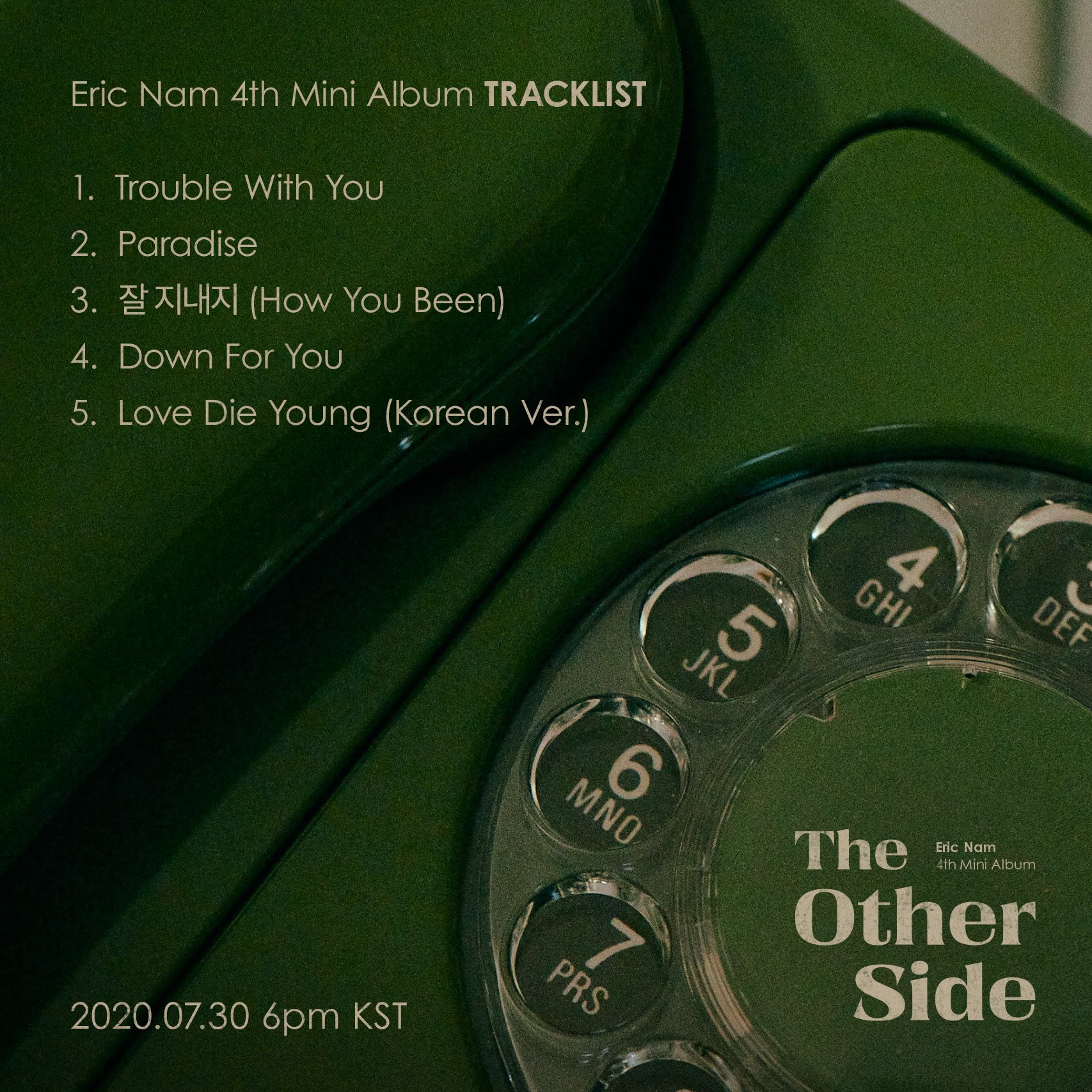 Eric Nam is making his return!

Following reports on July 10 of his comeback, a source from his agency confirmed the news and said, “Eric Nam will be making a comeback on July 30 with a new mini album. He has prepared summery music that you want to listen to on holiday with a refreshing breeze blowing past you. Please anticipate it.”

This will be Eric Nam’s first comeback in approximately eight months since the release of his English album “Before We Begin” last November. His upcoming title track is said to have been written after the end of his U.S. tour earlier this year, and will be a hopeful song that reflects everyone’s desire to escape reality and go somewhere else.

Are you excited for new music from Eric Nam?