Lee Sung Kyung Meets Up With “It’s Okay, That’s Love” Co-Star Sung Dong Il On “House On Wheels” + Cutely Reacts To Watching Herself On The Show

The latest guest on tvN’s “House on Wheels” was model and actress Lee Sung Kyung!

On the July 9 “House on Wheels” broadcast, the main cast of Sung Dong Il, Kim Hee Won, and Yeo Jin Goo bid farewell to their previous guest Gong Hyo Jin. They began to plan their third trip to a bamboo forest to combat the excruciating heat outside. Sung Dong Il shared, “Bamboo has always been refreshing so it will likely be cool wherever we go,” and he located the part of the bamboo forest with the most shade. Later, they all expressed their desire to eat watermelon so they headed out to the market to get some groceries.

Once they were back in the forest, guest Lee Sung Kyung appeared with a handful of presents. She adorably greeted her “It’s Okay, That’s Love” co-star Sung Dong Il by commenting, “It feels as if I saw you just yesterday.”

She immediately began handing out her gifts, starting with some much-needed sun hats. Then she pulled out a massive bluetooth speaker and a shaved ice machine. Lee Sung Kyung started excitedly taking photos with her film camera, with the cast members expressing surprise and fascination over how much she loves photography. 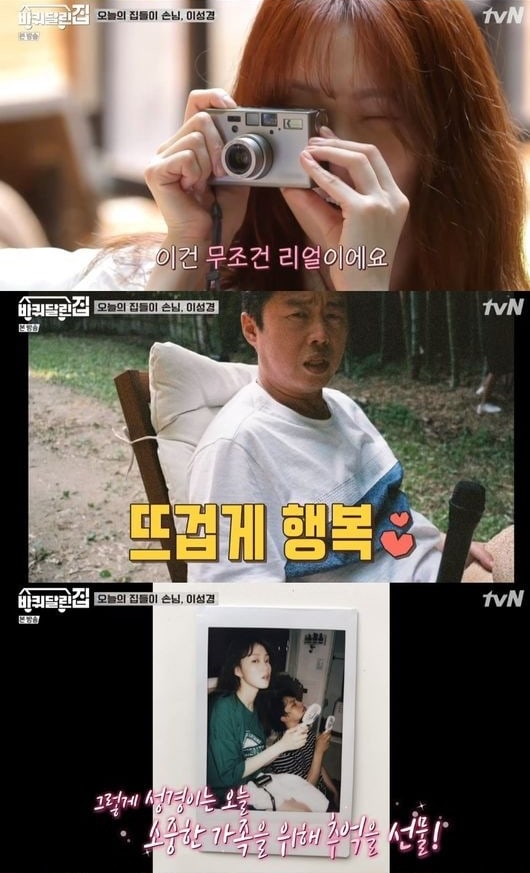 After, Yeo Jin Goo gave her a quick tour of the camping car. Lee Sung Kyung commented, “It’s cozier than it looks on TV.” Yeo Jin Goo relayed her message to the other members and she jokingly added, “I guess I’m too tall.” Seeing the two stick their heads out of the car window, Sung Dong Il exclaimed, “They look like they’re filming a coffee commercial!” 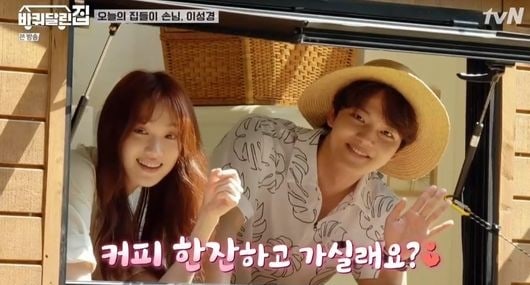 The group then made a refreshing watermelon punch before setting up their mosquito net. Exhausted from putting up the net, they began to brainstorm for dinner. Lee Sung Kyung suggested, “Let’s eat meat,” and the group started to look up pork belly. Using the bamboo shoots they had bought from the market earlier, they decided to make bamboo shoot rice porridge with pork belly. 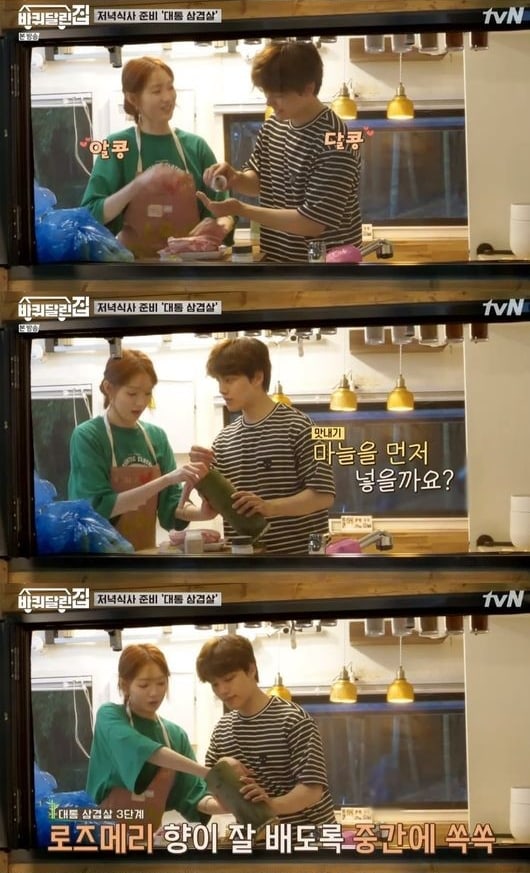 However, while Sung Dong Il and Kim Hee Won were cooking the pork belly, their tongs broke and the tin foil fell off, abruptly spinning the cast into chaos. 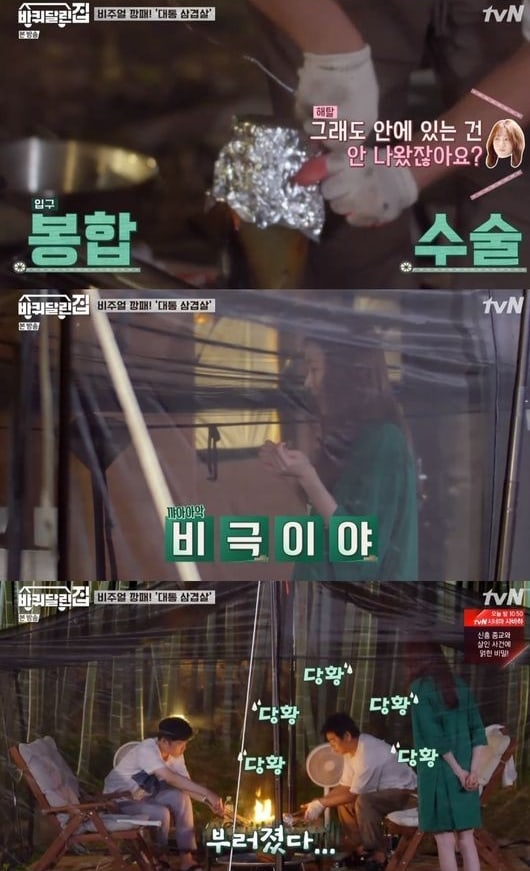 As the episode aired, Lee Sung Kyung shared an adorable post to her Instagram stories that read, “‘House on Wheels’ is airing on tvN right now…I appeared for a second at the beginning and I want to hide. I’m embarrassed. I forgot there were cameras and I enjoyed myself so much that I don’t remember how I did. Please watch over me kindly. What do I do? Ah!”

Lee Sung Kyung
House on Wheels
How does this article make you feel?