Six contestants from both “I-LAND” and the “ground” have now switched positions as they take on their next task.

Last week, the trainees of Mnet’s new show “I-LAND” were given the mission of performing their theme song “Into the I-LAND.” The I-LANDERs were judged individually on their performances, and the average of their 12 scores determined how many trainees would be sent to the “ground.” The “I-LAND” includes state-of-the-art facilities for only 12 trainees, while the other trainees have to practice in the “ground” facilities instead.

Since they received an average score of 59 points, half of the I-LANDER team was to be eliminated. They had to vote themselves to determine who would be leaving.

It was announced on the July 10 episode that Jungwon had received the highest score of 75. Jungwon said, “I was expecting a really low score, but I ended up getting the highest.” Producer Rain said that he saw Jungwon’s potential.

Jake received the lowest score of 40. He said, “I felt sorry and also embarrassed.” Daniel came in second highest with a score of 70.

Ni-ki shared that he attributed their group’s result to the fact that he had been center. “I think we would have had a better average score if Heeseung had been center,” he said. “I think the others will also regret that I did part one.” His individual score was 65.

The first I-LANDER to be sent to the “ground” was Youngbin, who was voted to leave by everyone except himself. The second was Daniel, who received 11 votes. Daniel said, “I’ve been eliminated even though I got a high score. I was really shocked.”

Jake, who received 10 votes, was also sent to the ground. “I knew that I would of course be eliminated,” he said.

The fourth I-LANDER to head to the ground was Jay, after receiving nine votes. Nicholas was also eliminated, with eight votes. The final I-LANDER to be eliminated was Ni-Ki. He said, “I think the reason I was chosen was that the team got a poor score because I did part one.”

The remaining I-LANDERs said an emotional farewell to those heading to the ground, and many of the ones leaving promised they’ll be back. 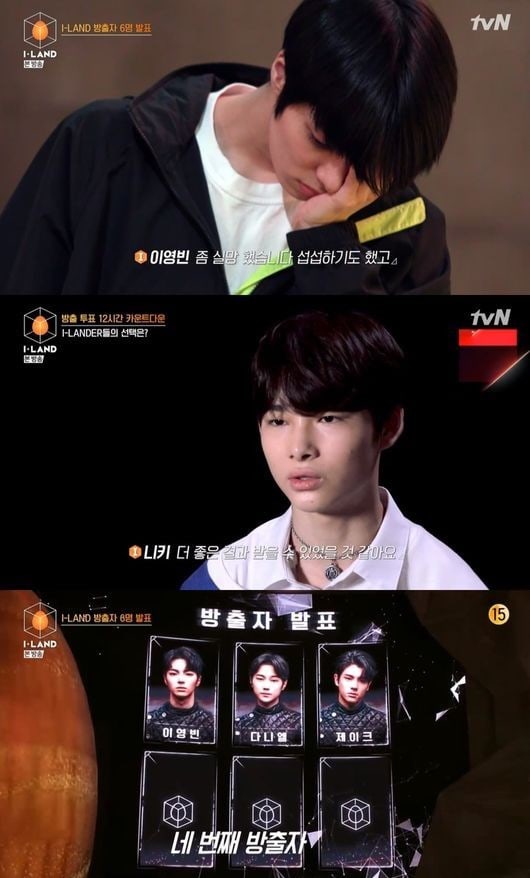 In addition, six trainees in the “ground” were chosen by the producers based on individual practice videos to head up to “I-LAND” in the place of the eliminated I-LANDERs.

The six were Taeyong, Jaebeom, EJ, Yoonwon, Sunoo, and Ta-ki. Taeyong cried and knelt down as soon as his name was announced, and Jaebeom also cried after he was embraced and encouraged by Jaeho, who was unable to leave the “ground.” 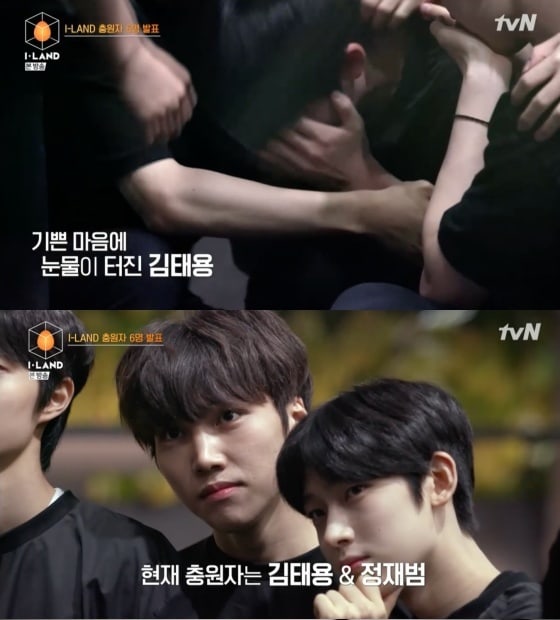 After now finishing their first test, they were assigned their second test, which is a “teamwork” mission of covering BTS‘s “Fire.” They had six days to prepare to perform the song on the “I-LAND” stage.

Once again, the I-LANDER team’s score was the average of their individual scores and determined how many of them will move to the ground. The person with the highest individual score will get “elimination immunity.”

If there were no I-LANDERs eliminated, then the grounder’s performance would have been canceled. However, it was revealed that the average score of the I-LANDER’s performance meant that the grounders will get the chance to perform.

Check out the I-LANDERs performing below! The grounders will perform in the next episode.