Block B’s Zico talked about an unusual habit of his on the latest episode of “Ask Us Anything”!

On the July 11 episode of the JTBC variety show, Zico appeared as a guest alongside Sunmi and MONSTA X’s Shownu and Joohoney.

During the show’s signature guessing-game segment, Zico asked the cast members to guess his unique method for reminding himself to bring certain items along with him when he left the house. He asked, “When there’s an item I need to remember to take with me no matter what, what do I do to make sure that I don’t forget it?”

After a flurry of incorrect guesses, Zico gave the cast members a hint by adding, “It’s sort of a dangerous method.” 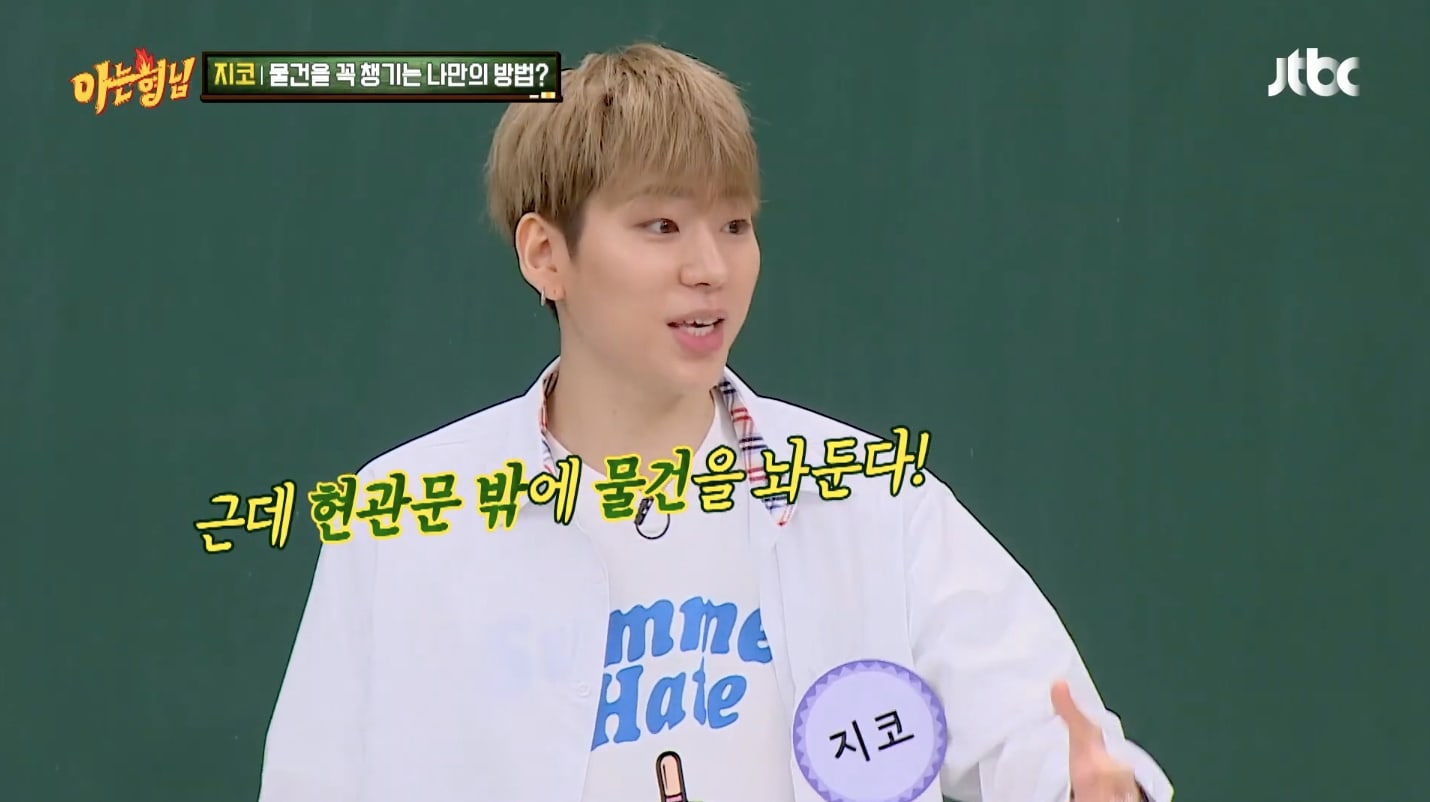 In the end, Super Junior’s Kim Heechul managed to guess the correct answer: Zico left the item he needed to remember outside his front door.

The other cast members expressed shock at Zico’s unconventional system, with Min Kyung Hoon exclaiming, “But someone could take it!” Lee Sang Min enviously remarked, “This is the definition of flexing. I would never be able to leave something outside, because I’d be way too worried that someone might take it. [Zico’s] not worried, though.”

Zico explained, “I’ve tried leaving the items [I need to remember] inside, right in front of the front door. But I have so many shoes there that I get confused, and I end up carelessly not noticing the items I placed there when I’m in a rush.”

“However, if I put the items outside the front door,” he went on, “when I open the door on my way out, the door gets caught on them. So there’s no way for me to forget.”

Seo Jang Hoon asked what kind of items he left outside, and Zico replied, “For example, props that I need for a music video shoot. Accessories, gifts for people I know, things like that.”

Kang Ho Dong interjected, “And no one’s ever taken anything?” Zico responded, “Never. Because you know how safe Korea is.”

Kim Heechul joked, “Try giving [Lee] Sang Min your home address. Your items will start disappearing tomorrow.” Zico then remarked, “To be honest, the moment that I decided to make this my quiz question, I thought to myself that I should give up this habit.” 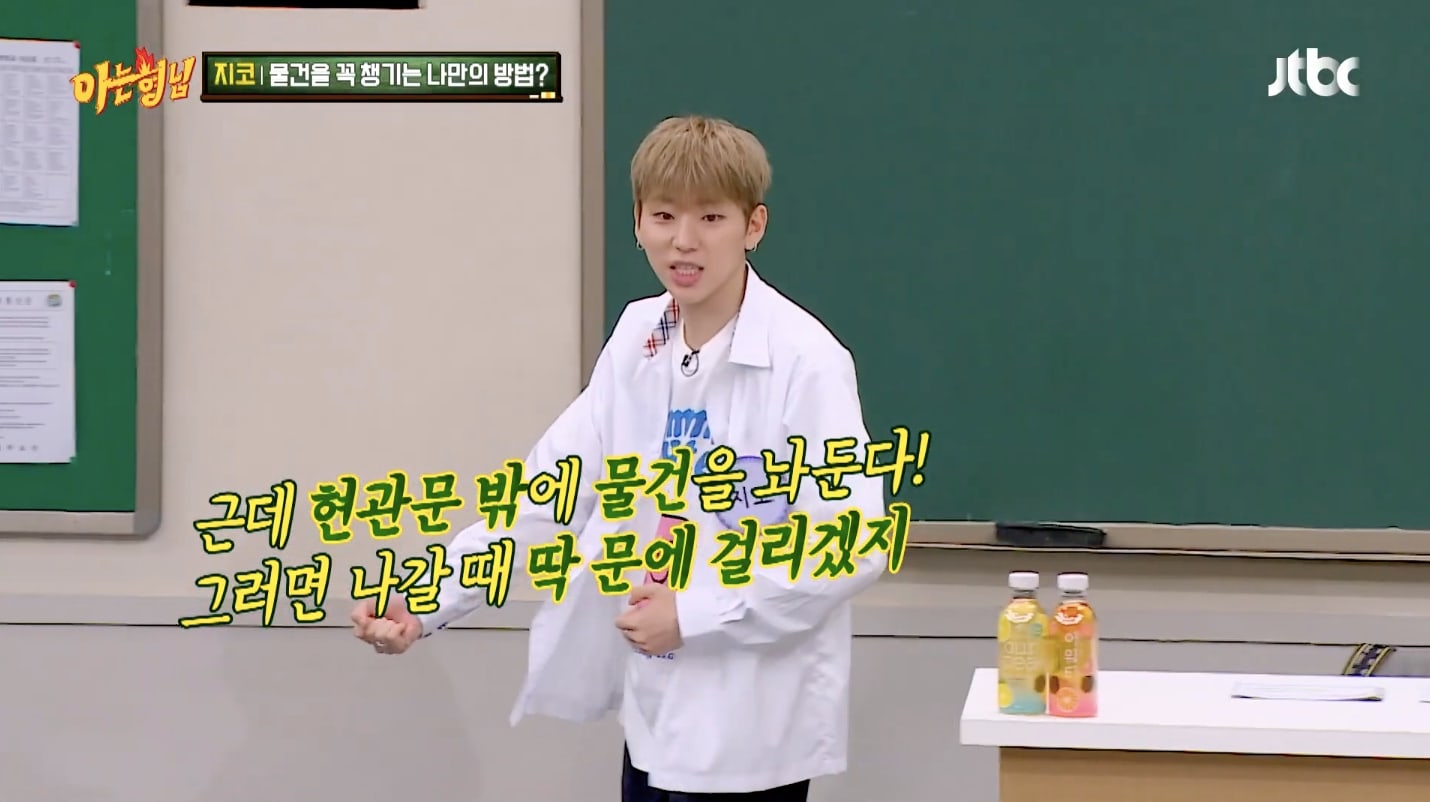 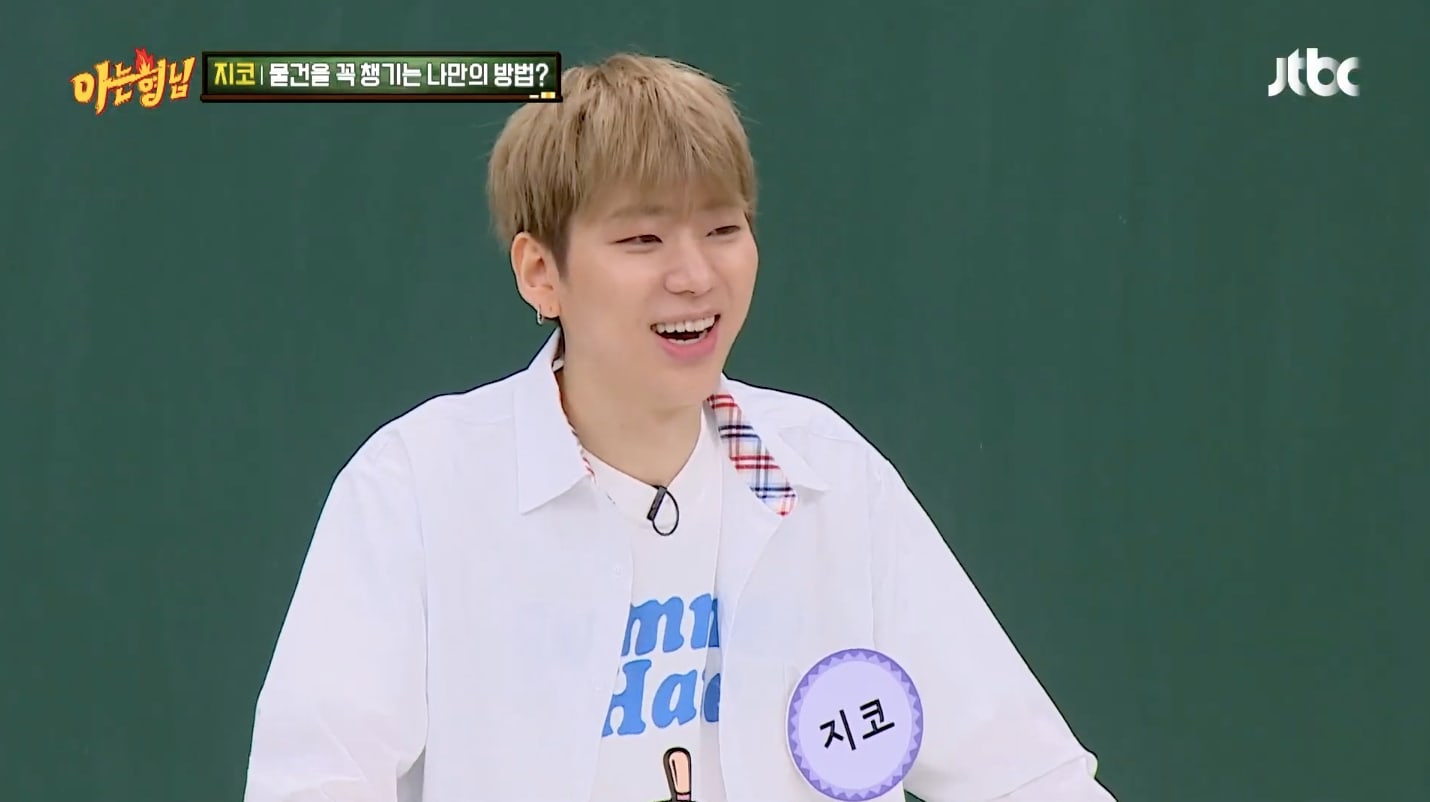 Block B
Ask Us Anything
Zico
How does this article make you feel?