On the latest episode of “The Manager,” Highlight’s Yoon Doojoon discussed his experience as a peer counselor in the military!

During the July 11 broadcast of the MBC variety show, Yoon Doojoon appeared as a guest for the second week, joining the MCs and panelists in the studio as they watched footage of his daily life with his manager.

At one point in the episode, host Jun Hyun Moo pointed out that the Highlight member had taken on a counseling role during his recent military service.

“I was a peer counselor,” explained Yoon Doojoon. “I listened to other soldiers talk about the kind of grievances they couldn’t share with superior officers.”

When asked what kinds of concerns the other soldiers had shared, he recalled, “There was a new recruit who was really looking forward to his upcoming break, because it was his and his girlfriend’s anniversary. He had been waiting for it so desperately, but then, the day before, all the troops’ breaks were cancelled due to the coronavirus.”

The panelists then eagerly asked Yoon Doojoon what kind of advice he had given the unhappy soldier, and he replied simply, “There was nothing to be done, so I told him to just accept it.” 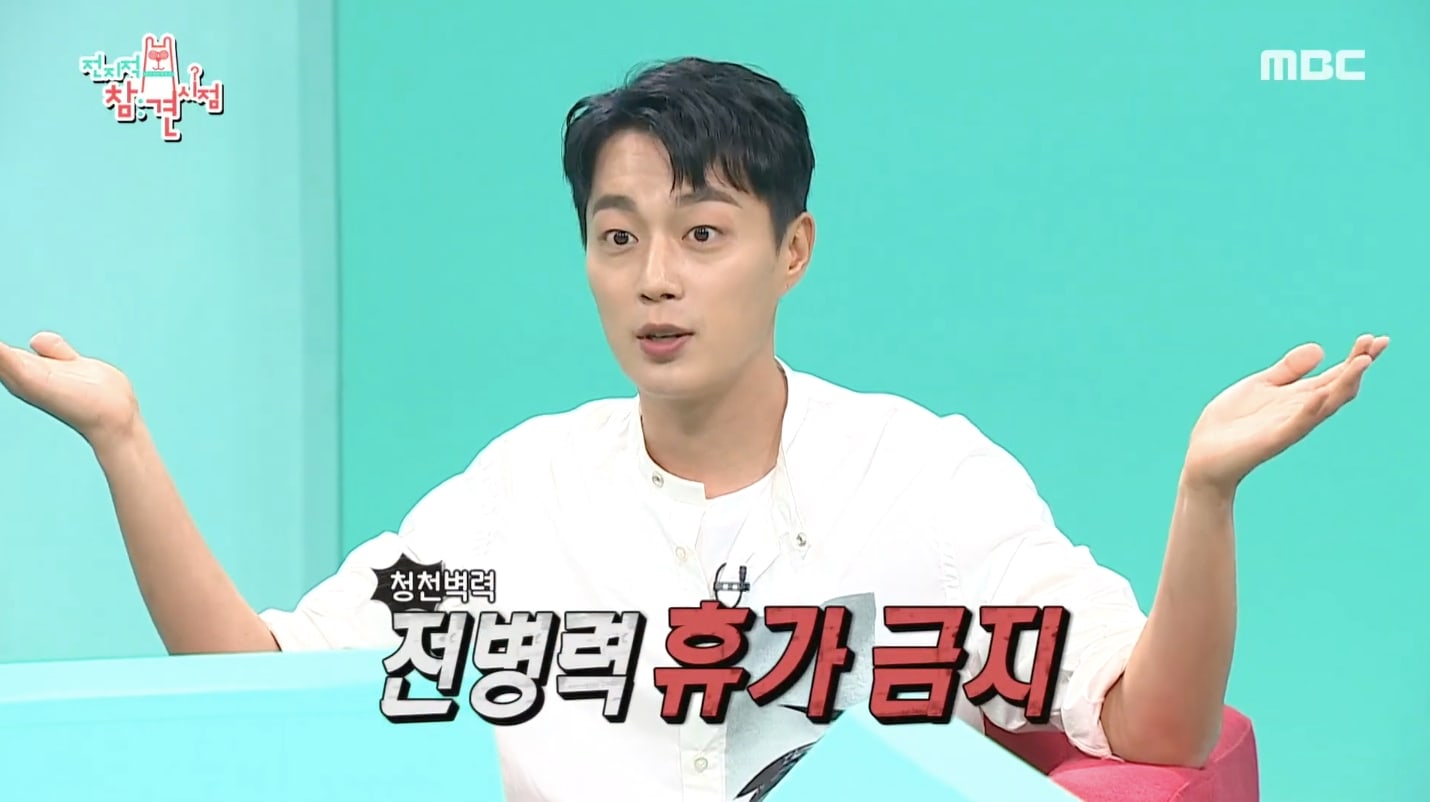 As the panelists looked a bit disappointed at his generic advice, Lee Young Ja pointed out with a laugh, “Anyone could have given that advice, though.” However, Yang Se Hyung countered, “But the thing about counseling is that sometimes it just helps to have someone listen to your problems.”

Yoon Doojoon agreed, adding, “So I told him, ‘The restrictions will be lifted soon. Just wait it out.'”

After learning that Yoon Doojoon had been a counselor during his military service, the other celebrities began turning to him for guidance about their own problems—and repeatedly burst out laughing as he unfailingly responded with similar cookie-cutter advice.

Hong Hyun Hee playfully told the idol, “Occasionally, I feel like [fellow cast member] Yoo Byung Jae subtly asserts his territorial claim over [‘The Manager’].” Jun Hyun Moo interjected, “You’re the one who does that way more often,” and both Yoo Byung Jae and Hong Hyun Hee jokingly exchanged glares as they asked what to do in such a situation.

Yoon Doojoon replied, “This is actually a common problem in the military,” before making everyone crack up by telling the two comedians, “Get used to it.”

Lee Young Ja then shared, “I feel burdened by my excessive sense of responsibility. What should I do?” True to form, Yoon Doojoon replied simply, “You’ll have to bear it.” 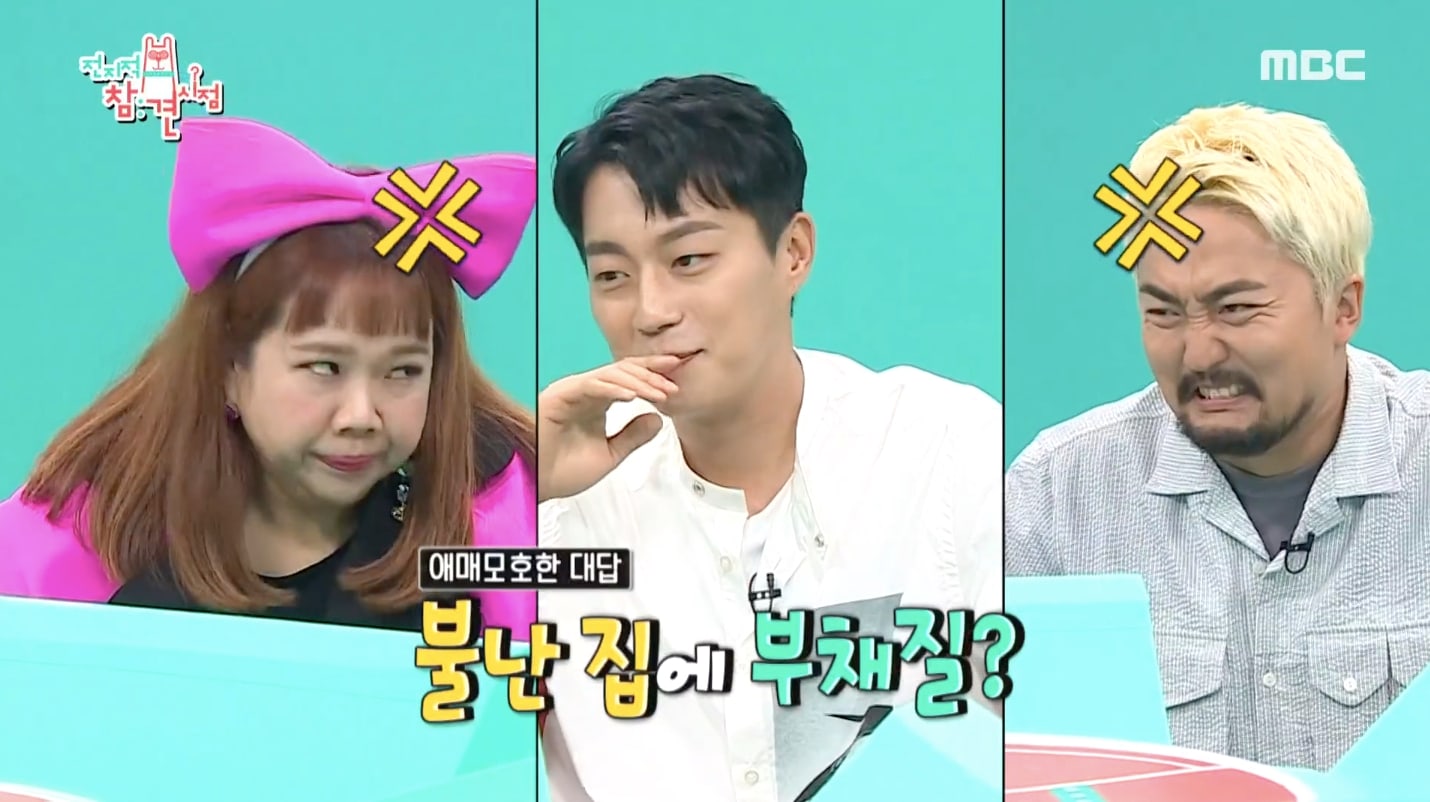 Yoon Doojoon commented, “This is a problem that all celebrities face, before unhelpfully adding with a cheeky smile, “I hope you’ll find a good balance between the two.” As the entire studio erupted in laughter, Jun Hyun Moo wryly remarked, “He’s basically [King] Solomon.” 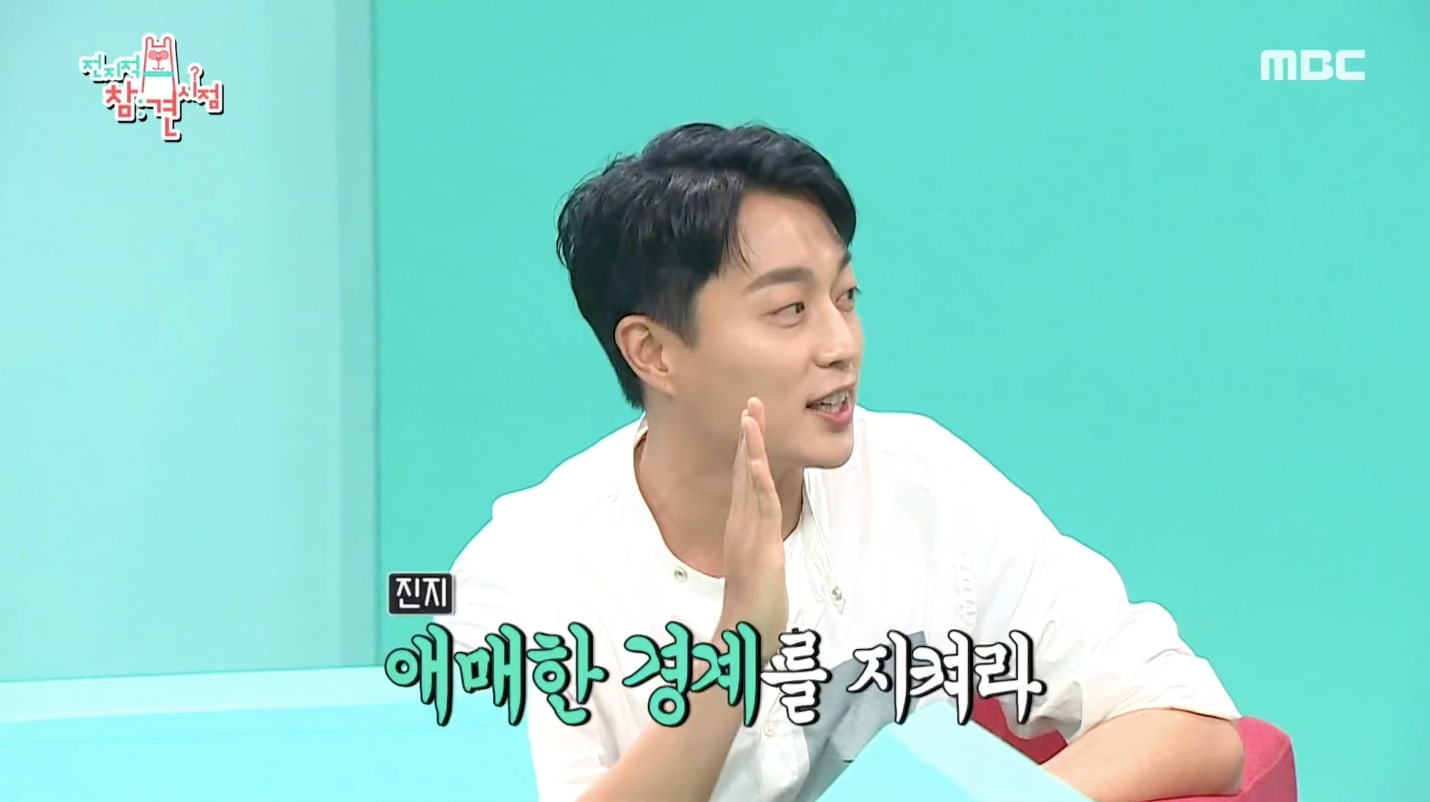 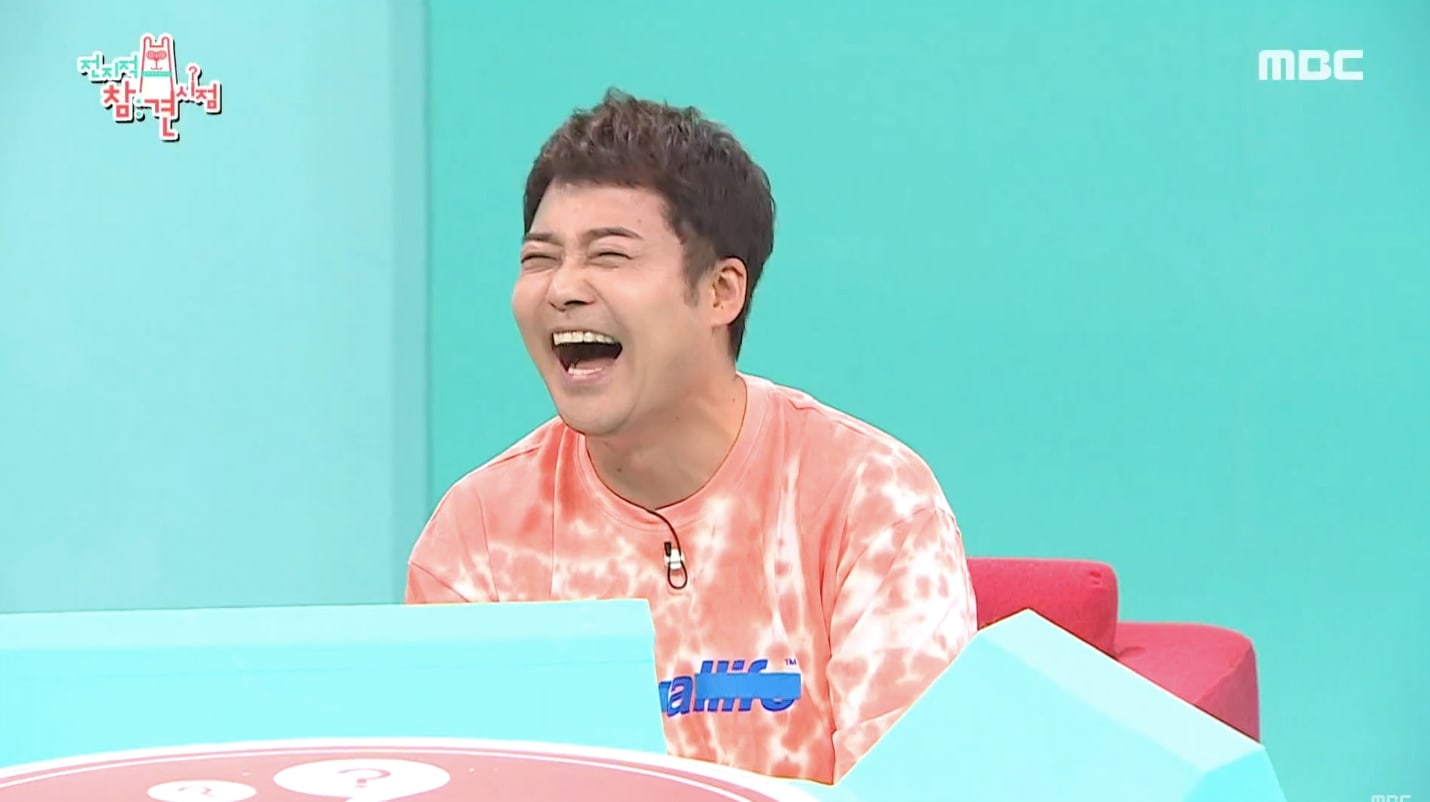 Yoon Doojoon
Highlight
The Manager
How does this article make you feel?