The EXID members showed their close bond as Hani and Jeonghwa visited Solji at “Inkigayo!”

Solji appeared on the July 12 broadcast of SBS’s “Inkigayo” to promote her solo track, “Rains Again.” Later, she posted a photo taken with Jeonghwa and Hani backstage and wrote, “Thanks to these guys, I was really happy today. I love you.” She wrote in the hashtags, “Hee Yeon [Hani’s real name] and Jjong came to cheer me on. They were so dependable and I was so grateful. I love you.”

Hani and Jeonghwa also posted about the interaction on their own Instagram accounts. On Stories, Jeonghwa shared several clips she had taken of Solji as she watched her performance on the TV backstage. She wrote, “This is my favorite part,” “What is there to say? It’s our Solji,” “She’s perfect,” and “It was good until the very end.” She shared a photo that Hani had taken of her absorbed in the performance and wrote, “Hello, this is Solji’s fan, Mandoo-jjong.” She also shared a clip of Solji looking happy as she walked back into the dressing room. 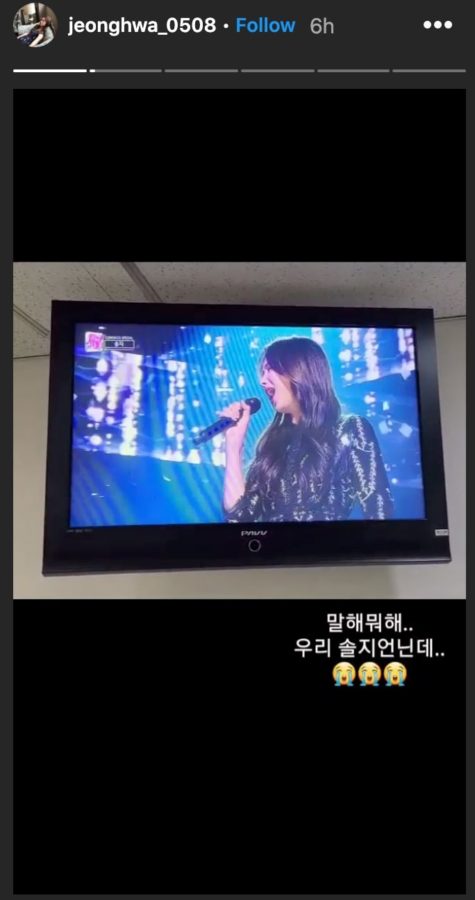 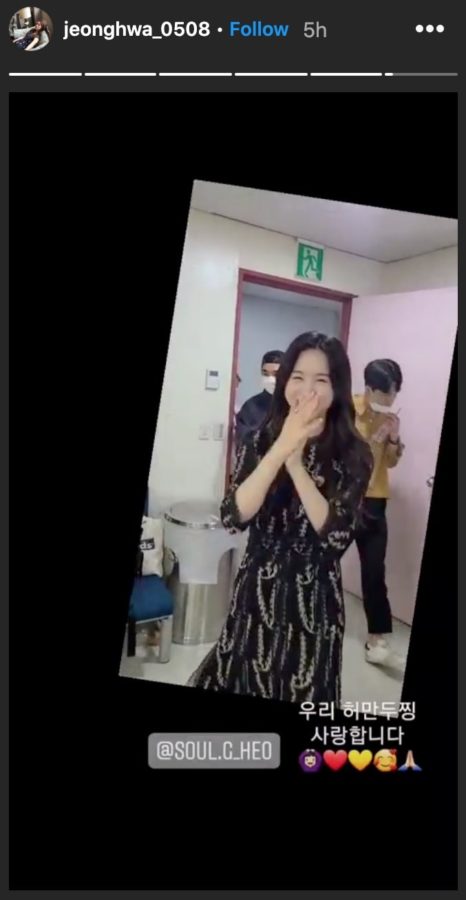 Hani shared a photo of Solji getting her makeup touched up before going on stage, as well as the photo of Jeonghwa and the photo Solji had posted on Instgram. She wrote, “I’m proud of you, Solji. I like you a lot, I love you. I’m grateful and cheering you on. Thanks to you, I’m happy.” 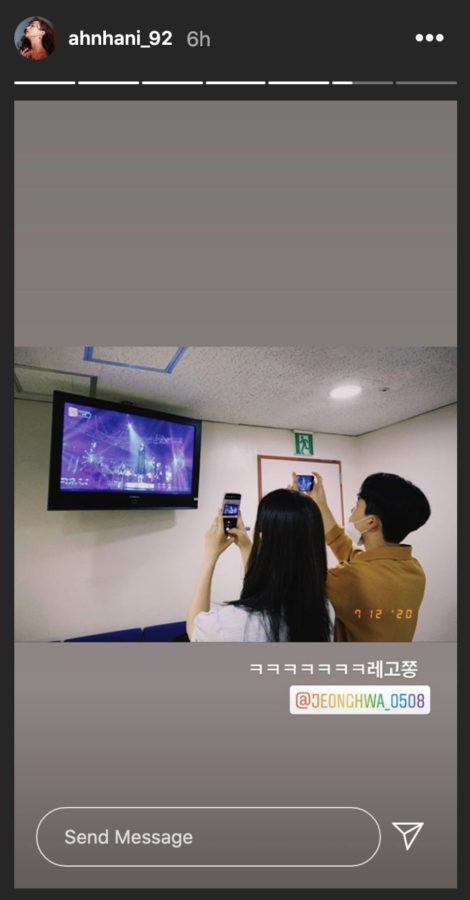 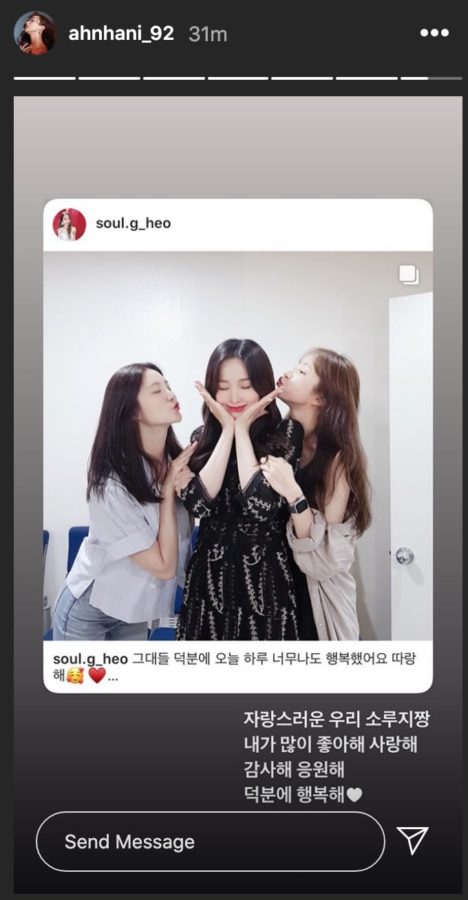 Check out Hani in the drama “XX” below!

EXID
Solji
Hani
Jeonghwa
How does this article make you feel?