Kim Jong Kook has shared his thoughts on marriage and the kind of husband he hopes to be!

On the July 12 episode of SBS’s “My Ugly Duckling,” Kim Jong Kook shared his thoughts on marriage and the kind of husband he hopes to be.

During the episode, Kim Jong Kook visited Tony Ahn‘s mother’s restaurant with his friends Ji Suk Jin, Yang Se Chan, and Hwang Jae Sung. As the group talked about marriage, Kim Jong Kook commented, “I think my wife would be more important to me than my children.” He continued, “I want to live as someone who is completely devoted to his wife.” 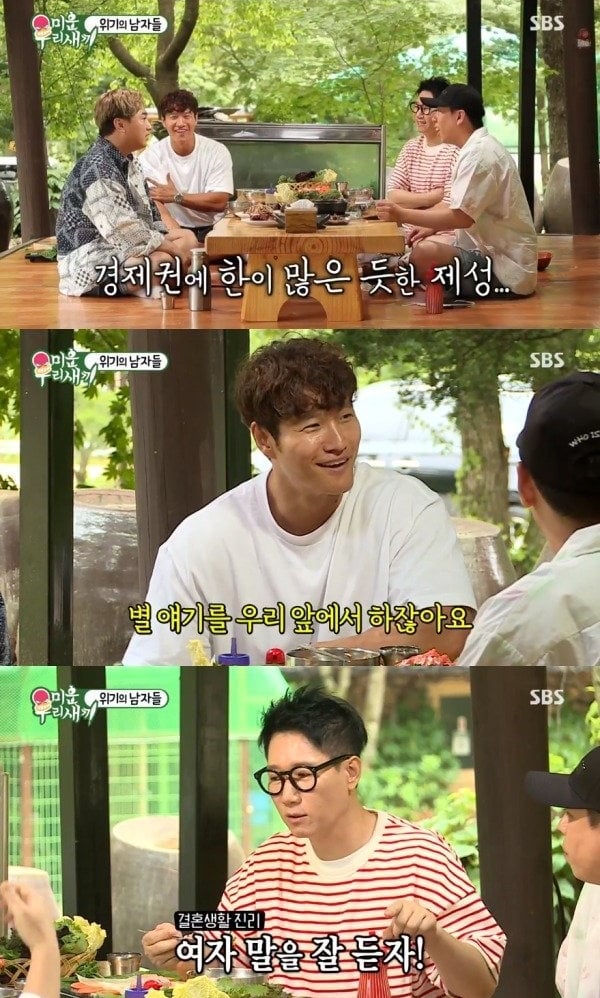 Yang Se Chan asked the married men what makes their wives mad, and Ji Suk Jin honestly answered, “I don’t really know the reason.” He then shared a story where his wife got mad because he hadn’t made his bed, and while Kim Jong Kook and Yang Se Chan couldn’t understand why his wife would be upset by that, fellow married man Hwang Jae Sung was immediately able to relate, saying he had gone through something similar with his own wife. Back in the studio, the panel of celebrity mothers expressed their agreement with his wife’s perspective.

After hearing the story, Kim Jong Kook innocently asked, “If her feelings get hurt by something like that, can’t you just do it?”

The latest episode of “My Ugly Duckling” will soon be available with English subtitles on Viki. In the meantime, check out last week’s episode below!