Actor Shin Hyun Joon gave viewers a glimpse of his family life for the first time on “The Return of Superman”!

On the July 12 episode of of KBS 2TV’s “The Return of Superman,” Shin Hyun Joon’s family made their first appearance on the show In 2013, Shin Hyun Joon married a non-celebrity cellist 12 years his junior, and they now have two sons, Min Joon and Ye Joon.

Recalling the first time he met his wife, the actor shared, “Our meeting was like a movie. I saw her walking down the street, and I fell in love at first sight.” The two began dating three days after meeting and were married six months later. 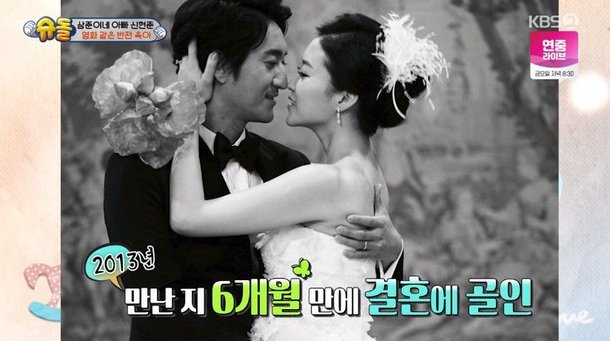 Shin Hyun Joon commented, “I thought that we would have children as soon we got married. However, even though we tried, we couldn’t [get pregnant] at first. Two years after that, our first child was born. When he was born, I thought it was my wife who had been born. That’s how much they look alike.”

The couple’s second son was born two years later, in 2018. 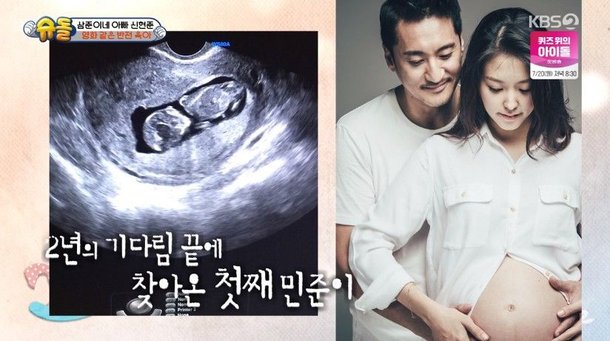 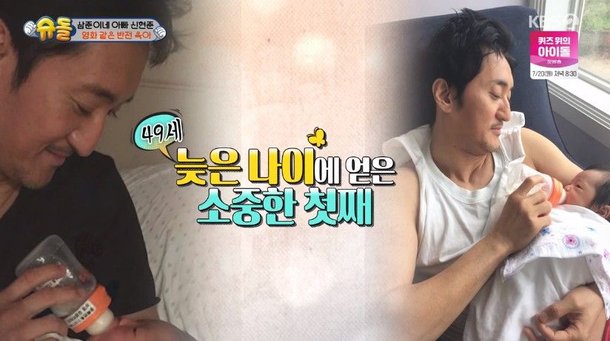 Shin Hyun Joon added, “In general, aren’t people getting married later these days? By Korean reckoning, I’m 53 years old. I have friends who are already grandparents. Many people are very afraid of raising children. I want to show just what a positive, happy influence children have on your life.”

To start off his day, the actor read out the to-do list his wife had left him. It included tasks like putting sunscreen on the kids, giving them a bath, and more. He jokingly commented, “These are things my wife doesn’t even regularly do.”

As he began getting ready for breakfast with Min Joon, Ye Joon started making a mess with the dog food. After seeing the mess, Shin Hyun Joon said, “Just have fun playing for now.”

He later explained, “I believe that there are certain things that children want to do. There’s definitely a universe [of theirs] that I don’t understand. Since Ye Joon cannot explicitly express himself, I try my best to understand him.” 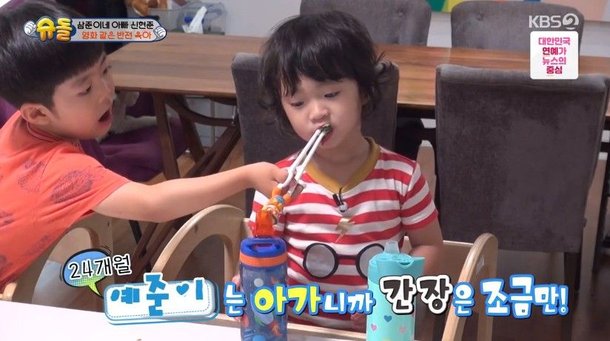 Despite Shin Hyun Joon’s hard work preparing a meal for his kids, the two ran outside in the middle of their meal to play in the yard. Later, he gave his kids a bath, and as he tried putting them down for a nap, he commented, “If this is a mess, we’re going to be in trouble with your mom. I haven’t even eaten breakfast yet.” 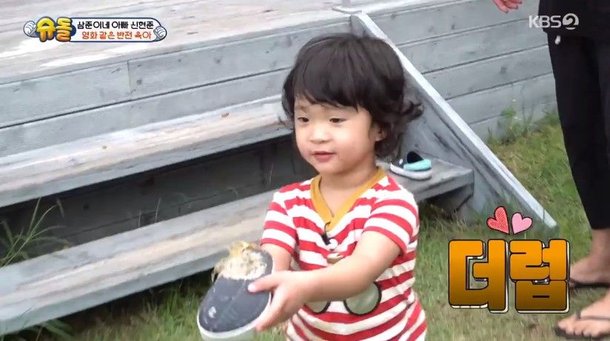 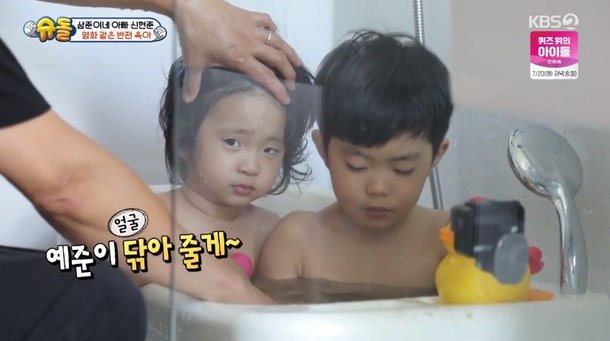 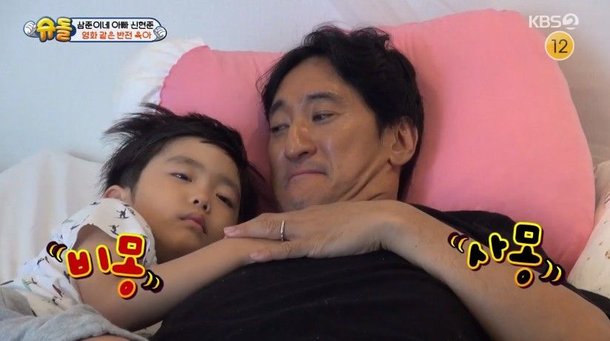 After finally putting his kids to sleep, Shin Hyun Joon quickly ate some food and made sure to take his vitamins. 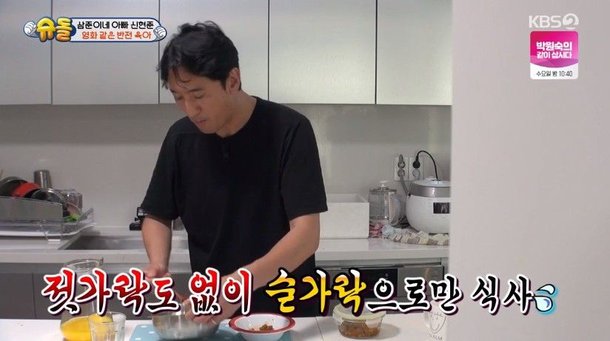 The Return of Superman
Shin Hyun Joon
How does this article make you feel?