On the latest episode of “My Ugly Duckling,” Super Junior’s Kim Heechul shared some dating advice based on his own experience!

During the July 12 broadcast of the SBS variety show, Heechul spent some time hanging out with actors Lee Ho Cheol and Im Won Hee. When he asked Lee Ho Cheol when his last relationship was, the actor surprised Heechul by replying, “I think it was when I was 20 or 21 years old [by Korean reckoning]? It was around 15 years ago.”

The Super Junior member expressed disbelief at how long Lee Ho Cheol had been out of the dating game, and the actor explained that he had been busy with work and had moved around a lot when he was younger.

When he shared, “I want to start making an effort again,” Heechul advised him, “In the end, it boils down to confidence. In my opinion, you don’t need looks at all.”

Im Won Hee protested, “The only reason you can say that is because you look the way you do!” Back in the studio, Seo Jang Hoon chimed in, “That’s because you’re Kim Heechul,” and the panel of celebrity moms agreed.

However, Heechul insisted that confidence was the most important thing when it came to dating. “My first relationship was with an older woman I met at a club when I was 22 years old,” he recalled. “I confidently told her what I liked and didn’t like in terms of my tastes and preferences, instead of being cautious and saying, ‘That’s okay with me too.’ That’s the kind of thing women like.”

Lee Ho Cheol countered, “That’s because you were handsome AND confident.” Im Won Hee agreed, “You were able to say things like that because you had your face.” 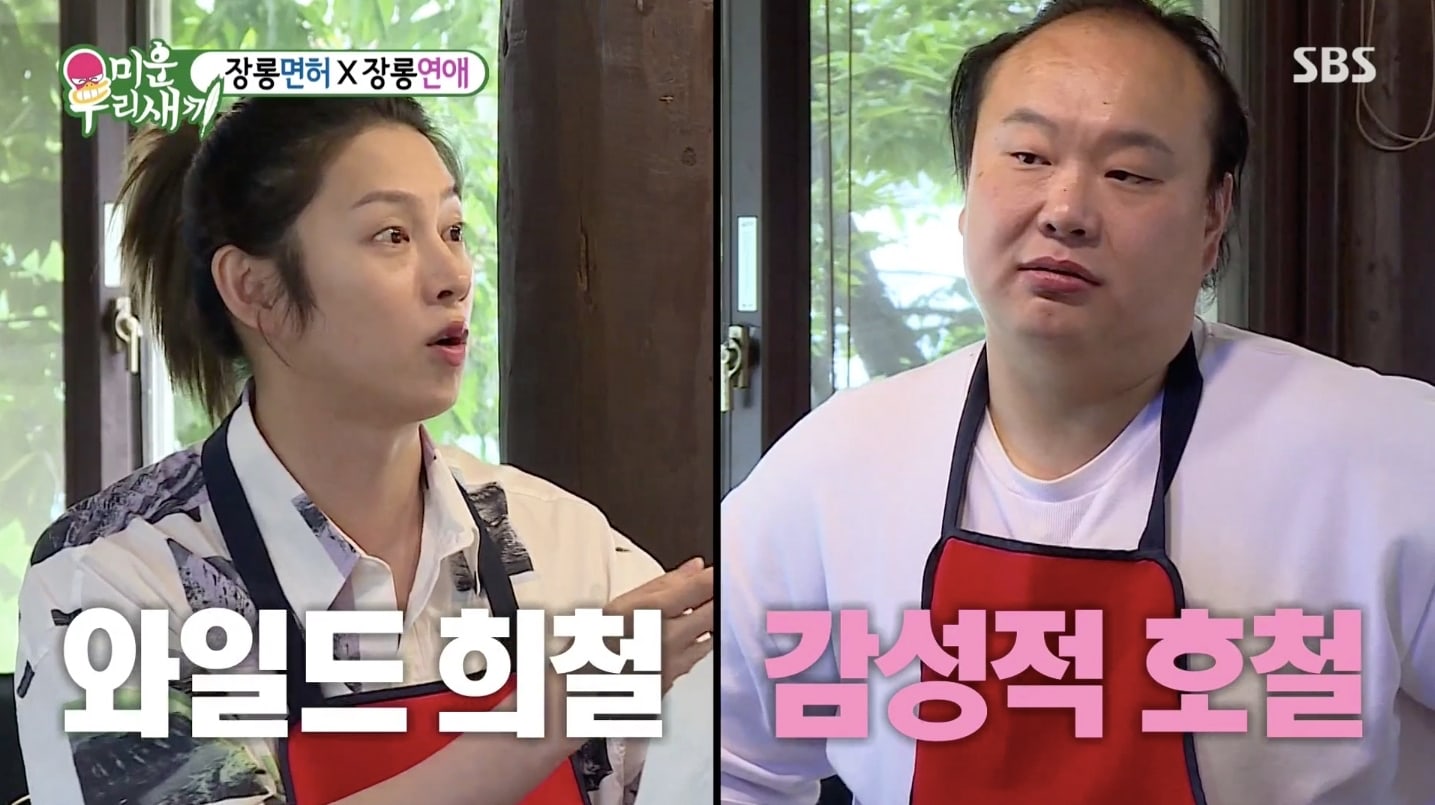 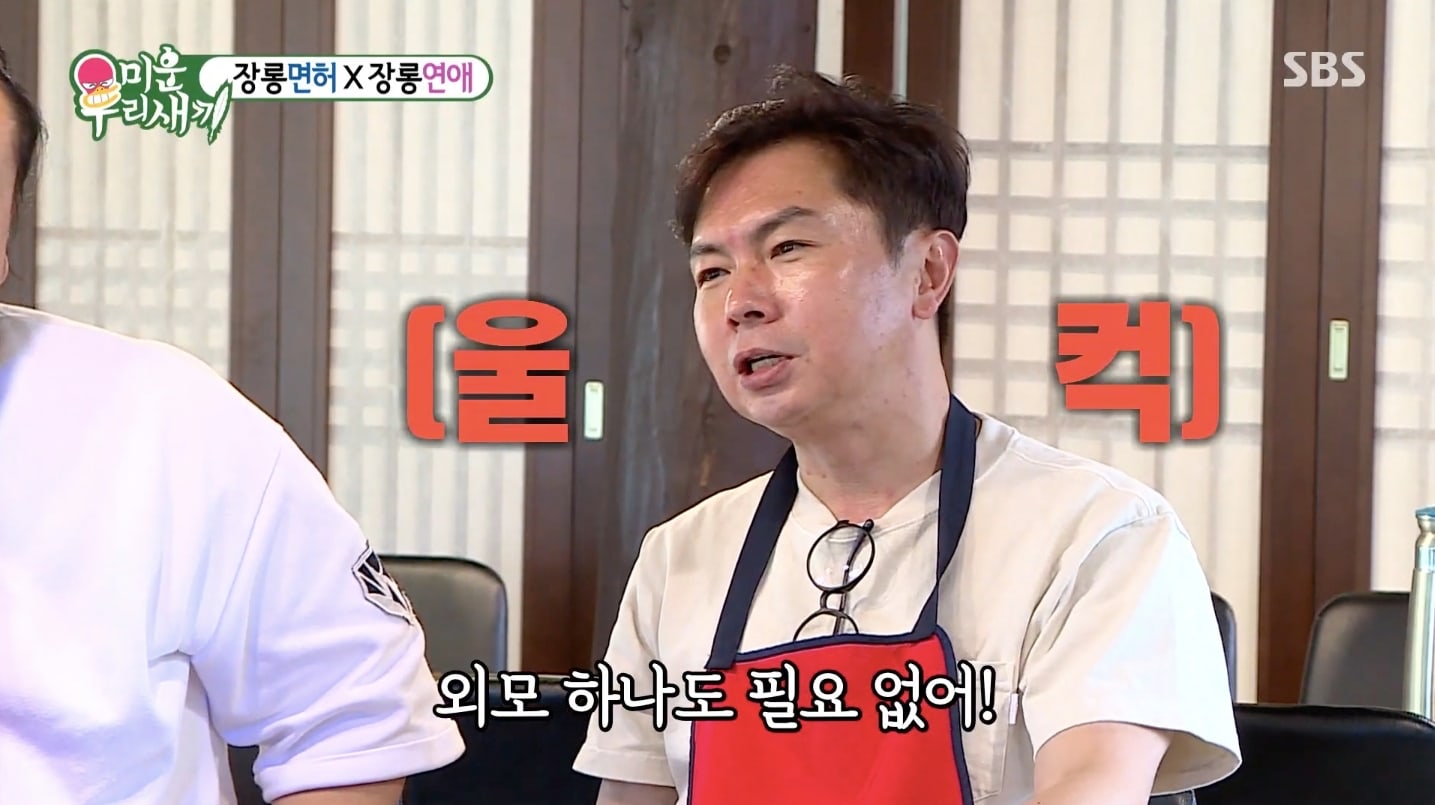 Undeterred, Heechul went on, “I don’t like playing push-and-pull games. When you meet a woman you like, don’t hesitate. I tell her right away that I like her. Back when I dated my first girlfriend, I asked her right away, ‘Do you want to go out with me?'”

The idol then reassured Lee Ho Cheol, “After chatting with you for the first time today, I think that if you talked to a woman you liked for about five minutes, she’d fall for you no matter what.”

When Lee Ho Cheol expressed his doubts, Heechul shared that the actor could trust his advice because he had a 100 percent success rate with women.

“Believe me,” he said. “I’ve never failed. It’s good to approach things slowly, but it’s better to be forward. Let me give you a few tips. First, be confident. And you have to hit her with a few lines out of nowhere. Just confess. Say something like, ‘Is it okay for me to like you?'”

Lee Ho Cheol pointed out that the woman could turn him down by saying she wanted to stay friends, to which Heechul responded, “Then you can say, ‘I don’t think we can just be friends. I want to meet you as my girlfriend.'”

Heechul continued, “If you and I switched faces and kept our personalities, I’m 100 percent confident that I still wouldn’t get turned down by a single woman. I’m confident. Even with your looks, as long as I had my personality. Because this is all about confidence.” 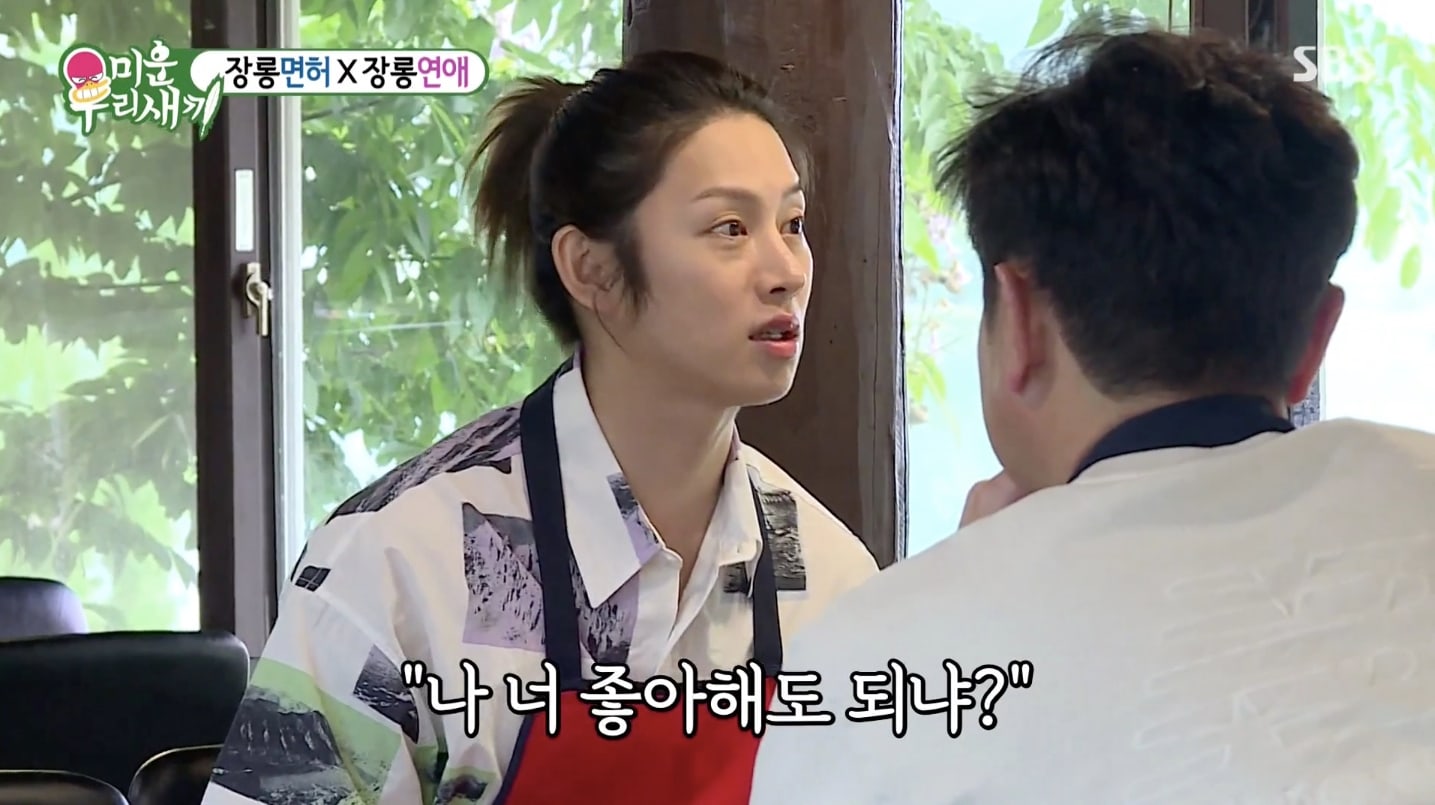 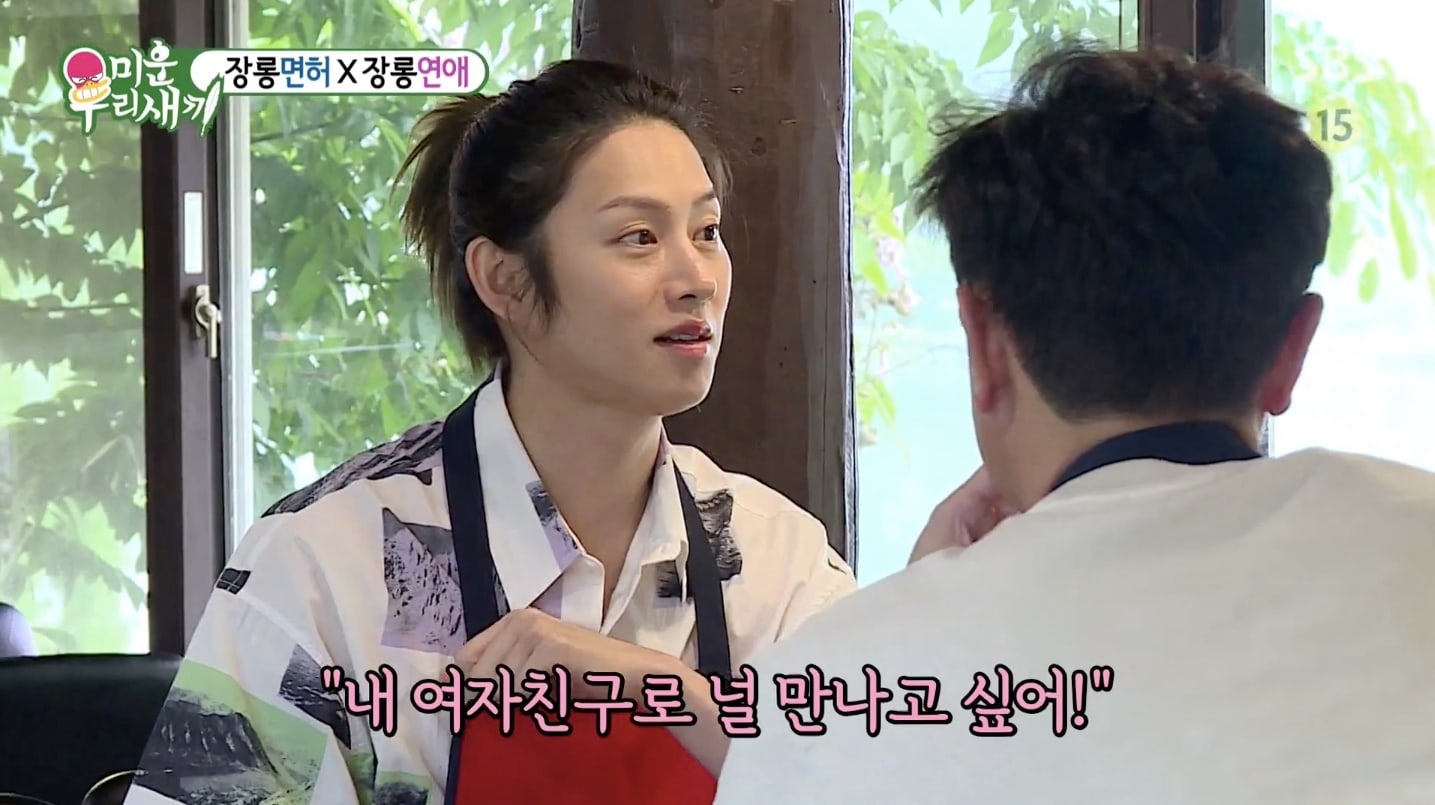 Do you agree with Heechul’s dating advice? Share your thoughts with us in the comments below!

Check out the full episode of “My Ugly Duckling” here: