GFRIEND is ready to make their comeback with “回: Song of the Sirens”!

On July 13, GFRIEND held a press conference to celebrate their comeback. The new mini album will be the second part of their “回” series, and will tell the story of a girl who finds her resolve weakening in front of temptation. If “回: Labyrinth” had expressed the complicated emotions of a girl standing in front of a choice that had to be made, this new album is set to follow the emotions of feeling like one made the right choice, but finding that certainty wavering at the thought of a different path.

Their new song “Apple” is set to bring about GFRIEND’s transformation into “refreshing witches.” “Apple” is a pop track with a retro and trendy sound, blending in vocal chops that are reminiscent of a siren’s song. Yuju and Eunha participated in making the song, which will have an addictive melody and lyrics that reflect a girl who wavers in front of temptation, but who is also honest and confident about her desires.

The members revealed that they immediately began working on the new mini album after wrapping up their previous activities in February. Looking back on the past five months, Yerin said, “We recorded our new songs, practiced choreography, and had fun staying connected with our fans through social media. 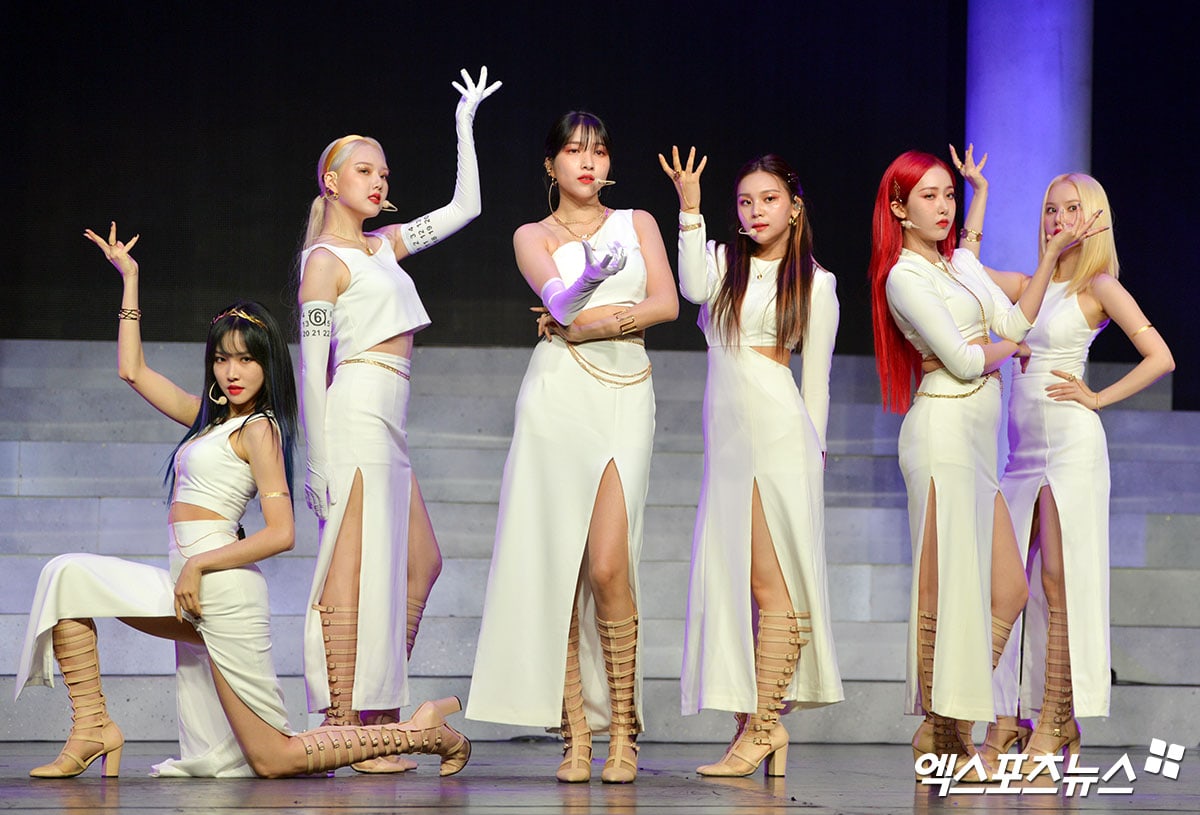 When asked why they decided to undergo such a dramatic transformation for their comeback, Sowon said, “We’ve been thinking about the need for a change for a while. Although we’ve continued to grow and change till now, we didn’t want a small change this time, we wanted something that people would feel was ‘new’ from us.” She continued to explain, “In the process of us and our agency talking about the new album, we all agreed that it was time for change. We’ve been worried about how this new look might surprise our fans, but we worked hard because we want to show that we’re a team with various different sides to us.”

Yuju added, “We’ve always been open to the idea of change. Not only externally in terms of our appearance, but our participation in the music making process as well. I think that’s the biggest change we’ve gone through,” and “Because we’re going through such a big change for this album, we really thought a lot about the details of how to interpret to songs and how to express ourselves through our choreography.”

Umji also shared, “I’d also been interested in composing and writing, so I’d jot things down here and there. The experience was difficult, but it was a great opportunity. Every part of the process was amazing, and I learned from it.” Yuju opened up about “Time of the Eye,” which is about not losing oneself even when things get busy. She explained, “It’s a song based on a diary entry I wrote three or four years ago that I titled ‘Time of the Eye of the Hurricane,’ and the title has now become ‘Time of the Eye.’ I wrote that diary entry when I was really busy and feeling a lot of pressure. The whole process was difficult, but I enjoyed it.” 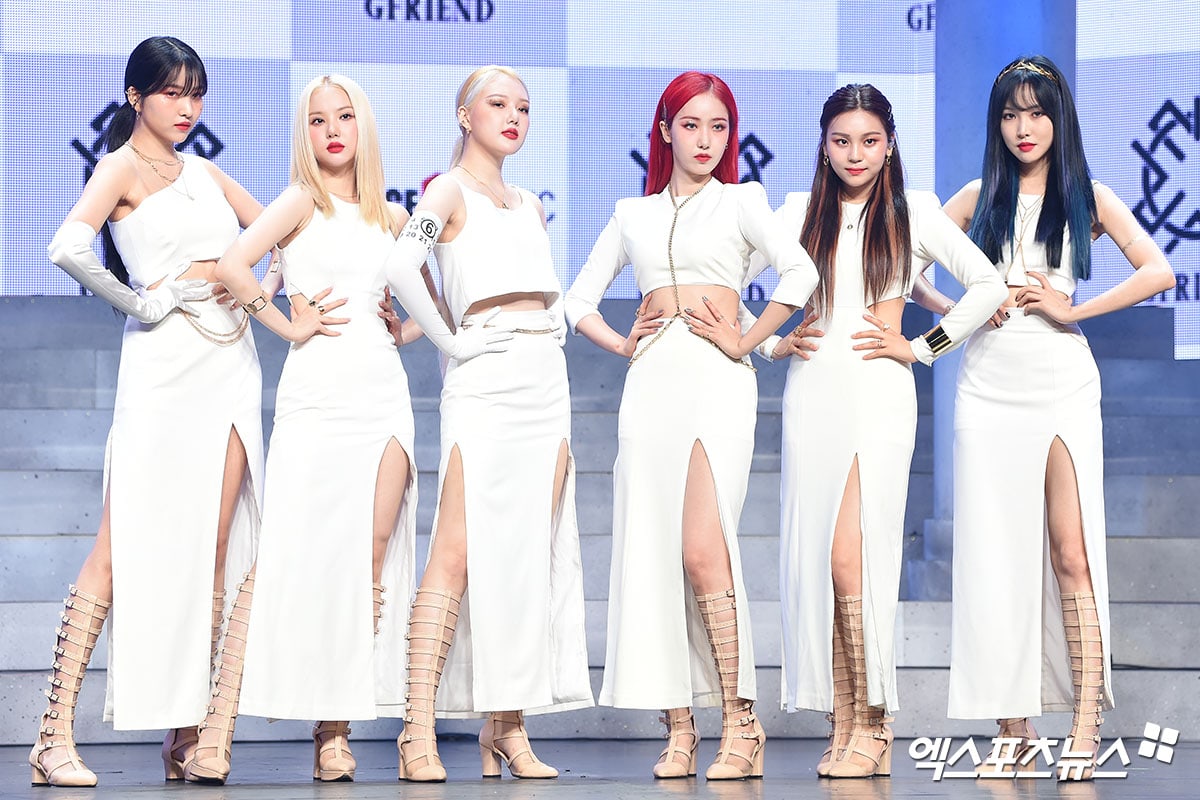 GFRIEND’s new mini album was created under the guidance of Big Hit Entertainment’s Bang Si Hyuk. Yuju and SinB talked about the advice he gave them as they said, “We talked with him in the album preparation process, and he gave us advice on a lot of things like the overall atmosphere of the album and our direction,” and “He gave us across-the-board advice about our album. We were able to have honest conversations about the future direction of GFRIEND with him.”

Sowon candidly opened up about this being GFRIEND’s biggest transformation since making their debut. She said, “It would be a lie to say that we don’t feel some sort of pressure with every album, but for this one especially, our shoulders felt a little heavier because we’re doing something new and we felt a big sense of responsibility to do well. We’ve prepared this comeback hoping to show something completely different, and did our best to shine in our vocals, choreography, and even our facial expressions.”

She concluded by stating, “We hope people will see us and say that GFRIEND is good at taking on new concepts,” and “We hope people will naturally hum and dance along with us. Our choreography has a lot of moments that are easy to follow, so we hope lots of people do cover dances as well.”

GFRIEND will be releasing “回: Song of the Sirens” at 6 p.m. KST on July 13. Check out the teasers for the album here!