Beenzino and Stefanie Michova gave a glimpse into their life as a couple!

On the July 11 broadcast of tvN’s “On and Off” (literal title), Beenzino showed his support for his girlfriend Stefanie Michova by accompanying her to the show’s recording. Stefanie Michova works as a model, photographer, and music video director, and she has proven her strong relationship with her boyfriend, even earning the “flower shoes” (kkotshin) nickname for waiting for Beenzino throughout his time in the military. 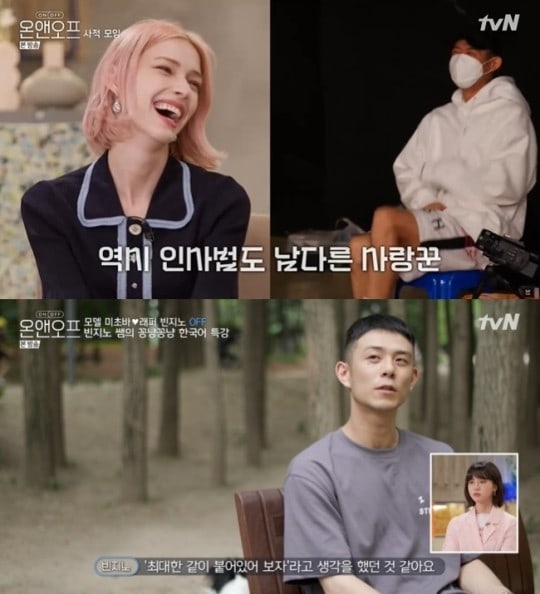 Stefanie Michova said that a friend had introduced Beenzino to her. She mentioned that she first fell for Beenzino because of his looks and grew to like him even more for his personality. Stefanie Michova also shared that she confessed her feelings for him before he did.

When asked if she likes living together with Beenzino, Stefanie Michova answered, “Usually I like it, but Beenzino has a bad tendency of making a mess with his socks.”

The couple also revealed that they’ve been living together for a year. Beenzino said, “We’ve been so far apart while living in Korea and the United States as well as when I was serving in the military for two years. We thought that we should stick together as best as we can through this opportunity.”

During the episode, Beenzino and Stefanie Michova shared a kiss in the morning. Stefanie Michova commented, “We kiss less because of the show.” The two also studied Korean together while joking around, making the panel jealous of their cute relationship. 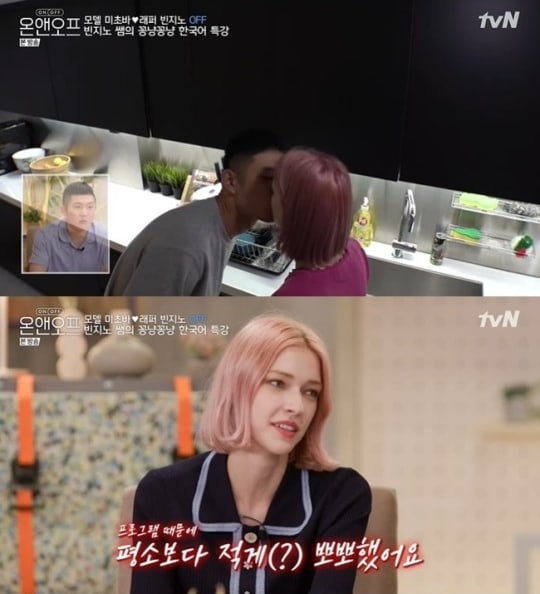 Next, the couple took their dog on a walk, and while they were out, Stefanie Michova spoke to her family in Germany over a video call, whom she hasn’t seen in 11 months. As Beenzino politely greeted her father, Stefanie Michova commented, “My family likes Beenzino because of his good manners.”

Later, Beenzino tried out a unicycle that he received from Stefanie Michova last year as a birthday gift. Stefanie Michova laughed when she saw his struggle to ride the unicycle, and the couple continued to share cute moments together. 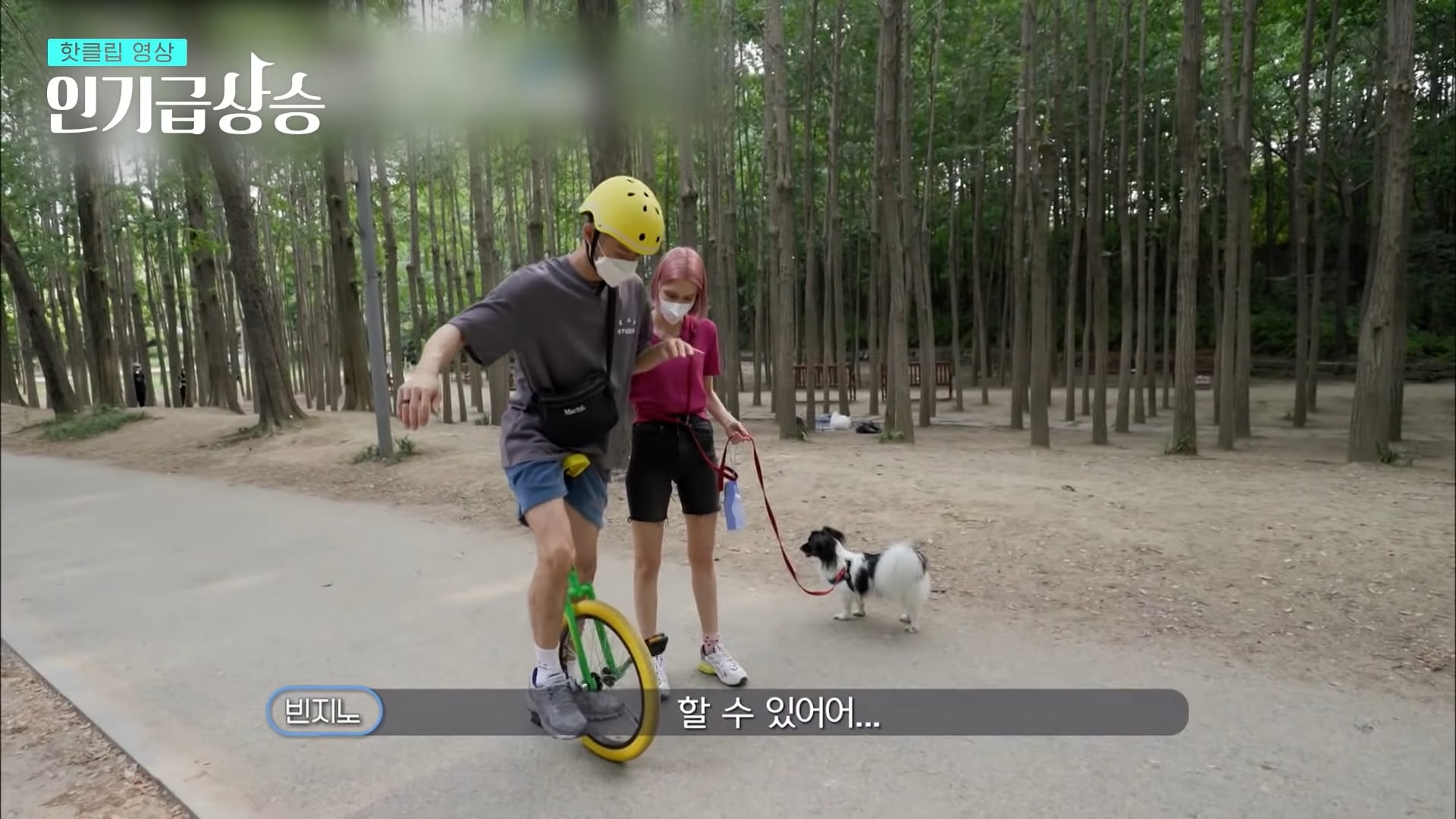 When the production team asked Stefanie Michova how long she wants to work in Korea, she answered, “Until the end,” and expressed her love for the country.

Watch a clip of the couple’s daily life below!