“Forest of Secrets” (also known as “Stranger”) is a drama about an emotionless prosecutor Hwang Si Mok (Cho Seung Woo) and a warm-hearted police officer Han Yeo Jin (Bae Doona) who join forces to solve hidden mysteries and investigate corruption. The first season, which aired in 2017, followed the duo as they worked together to catch a serial killer and expose corruption within the prosecutor’s office.

Unlike most, Hwang Si Mok was born with a highly developed insular lobe which caused him to be extremely sensitive to even the slightest of sounds. In order to be able to carry out daily life activities, he received surgery to remove part of the lobe. However, the aftereffect was that he lost his empathy skills. He can no longer strongly feel emotions such as sympathy, love, happiness, and sadness. The newly released stills portray this emotionless aspect of him. 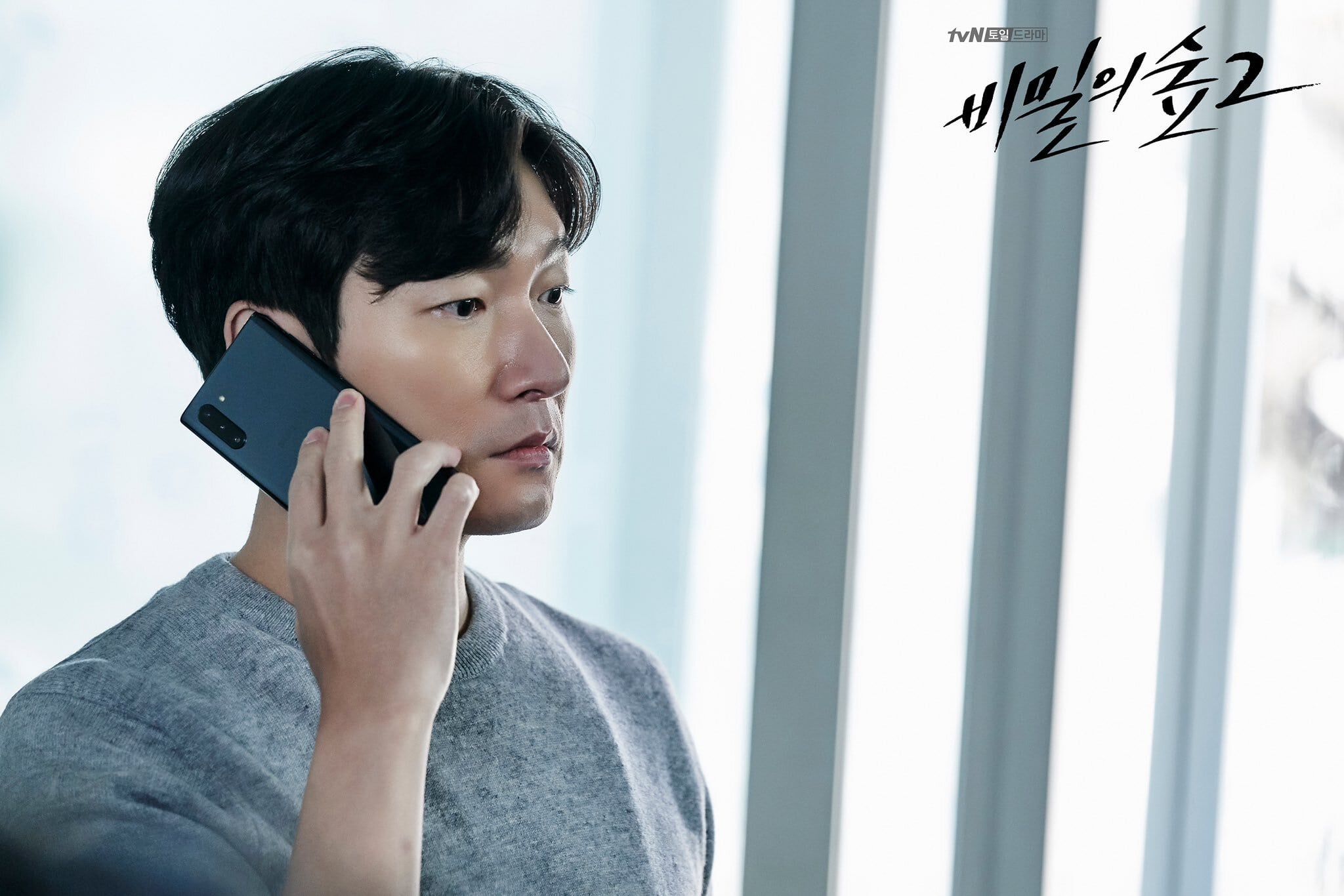 Nonetheless, Hwang Si Mok’s return in season two is more welcoming than ever for viewers. Although he lacks emotion, Hwang Si Mok stands strong against temptations and has the ability to look at cases objectively. In particular, season two of “Forest of Secrets” will deal with the battle between prosecutors, who want to keep their investigative powers, and the police force, who want to carry out their investigations independently. Although Hwang Si Mok is technically on the side of the prosecutors, viewers are still curious to see what stance the rational Hwang Si Mok will take in the upcoming drama.

“Forest of Secrets” will premiere in August as the follow-up to “It’s Okay to Not Be Okay.”

In the meantime, start watching Cho Seung Woo in “God’s Gift – 14 Days” below:

Cho Seung Woo
Forest of Secrets
How does this article make you feel?