Jung Gun Joo Talks About Working With Jang Nara And More In “Oh My Baby,” Shares Thoughts On Love, And More

Jung Gun Joo recently sat down to talk working on the tvN drama “Oh My Baby,” his hopes for the future, and more!

Jung Gun Joo played the role of Choi Kang Eu Tteum in “Oh My Baby,” which tells the story of a woman named Jang Ha Ri (Jang Nara), a workaholic career woman who wants to have a baby before it’s too late. Just as she decides to skip over marriage in order to make her dream of becoming a mother come true, three men come unexpectedly into her life, one of which is Choi Kang Eu Tteum.

First, Jung Gun Joo commented on how he felt about the end of “Oh My Baby.” He said, “It’s a drama that leaves me feeling regretful because it ended. The atmosphere on set was really fun, and I think the actors got along very well.”

Jung Gun Joo first rose to popularity through his role in the 2019 MBC drama “Extraordinary You.” The actor described the differences between “Extraordinary You” and “Oh My Baby.” He said, “It’s true that I got nervous working with senior actors after working with actors who were my age in the previous drama. However, the seniors took care of me a lot on set, so I was able to get used to it quickly.” 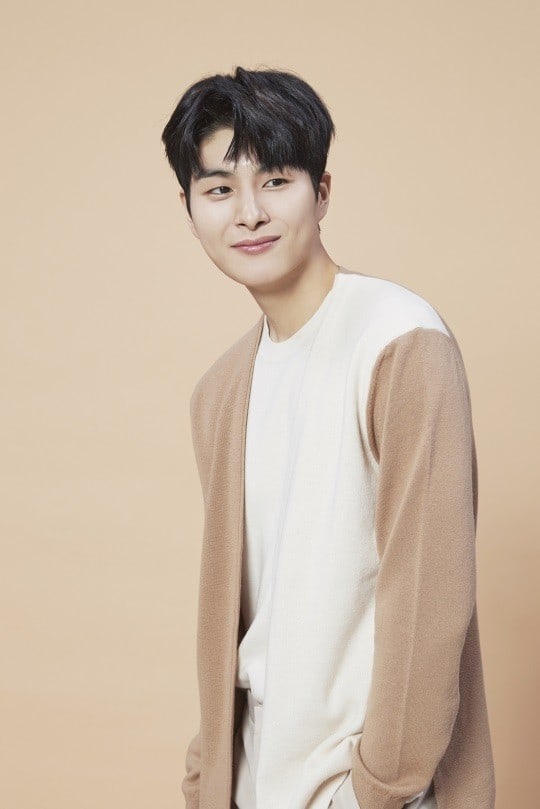 In “Oh My Baby,” Jung Gun Joo’s character Choi Kang Eu Tteum was a new employee at the parenting magazine “The Baby.”

“Eu Tteum is a character who doesn’t have any prejudices or preconceptions,” Jung Gun Joo said. “I think that’s why I was able to portray pure and honest thoughts that had been lost, surrounded by preconceptions.” He then added with a laugh, “I want to say that he also has the appeal of a younger man who always goes for it.”

Jung Gun Joo mentioned that he tried to portray his character to be as innocent as possible in order for Choi Kang Eu Tteum’s growth as a character to stand out. Jung Gun Joo then compared himself to his character. “To be honest, there are not a lot of similarities between my character and the real me,” he admitted. “I’m especially not as tactless as Choi Kang Eu Tteum. However, after living five months as Eu Tteum, it’s true that I felt myself become brighter as well.”

Jung Gun Joo also commented on the character relationships within “Oh My Baby.” His character Choi Kang Eu Tteum was not able to confess his love to Jang Ha Ri and had to give up when Jang Ha Ri and Han Yi Sang (played by Go Joon) became a couple. Jung Gun Joo said, “It was a shame, but it was okay because I can understand why Eu Tteum acted the way he did.”

He was then asked if he approaches love the way Choi Kang Eu Tteum does. Jung Gun Joo revealed, “In reality, I tend to be shy, and I think a lot, so if I were to approach Jang Ha Ri, I think I would’ve done it the way Han Yi Sang did.”

Jung Gun Joo talked about his experience working with Jang Nara. “She was very considerate to me on set,” he shared. “She worked with me frequently during rehearsals and advised me, saying, ‘Wouldn’t this scene be more fun if we did it like this?’ I was very thankful.”

He commented on his co-stars Go Joon and Park Byung Eun as well. He said, “They’re the type to be bright and joke around a lot on set. Thanks to them, I was able to perform comfortably.” 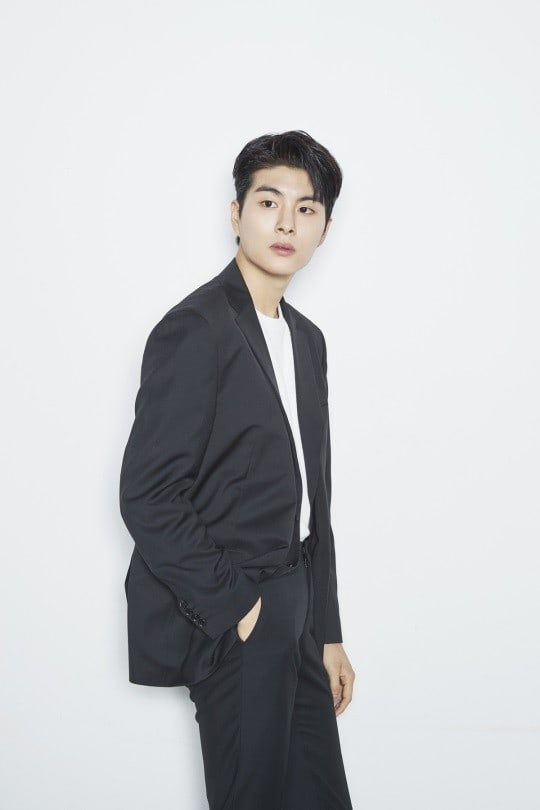 Jung Gun Joo revealed his thoughts on marriage and childcare, which are big topics in “Oh My Baby.” He said, “To be honest, I haven’t thought too deeply about marriage yet, but after doing this drama, I was able to understand the saying that ‘Marriage is reality.’ Despite that, I realized that you can jump over the wall of reality through the power of love.” He added that if he were to become a husband and father, he would find the idea of “responsibility” to be the most important to him.

Jung Gun Joo shared what he hoped viewers could take away from “Oh My Baby.” He said, “I think this drama gave people who have difficult traumas and worries the hope that they can overcome things through the power of love. I couldn’t ask for more if these people were able to heal at least a little bit after watching the drama.”

Next, Jung Gun Joo mentioned how he felt that the opportunities he’s received have approached him quickly. He added, “I am thinking that I want to be an actor for a long time while always slowly making myself stronger.”

He then talked about what makes him continue with acting. He said, “I can’t say whatever I want about acting as a rookie actor, but I think my motivation right now is how fun it is.” He expressed his desire to continue having fun acting in the future.

As a final thought, Jung Gun Joo said, “I hope I can show off my various charms in the future. I want to become an actor who can fit in well with whatever project while moving freely from films to dramas.” He added, “Since I experienced unrequited love this time, I want to try portraying a character who succeeds at love next time.”

Watch the finale of “Oh My Baby” below!

Jung Gun Joo
Oh My Baby
How does this article make you feel?