GFRIEND Gets Emotional As They Share Messages To Past Selves, Names Members Who Are Born To Be Celebrities, And More

On July 15, GFRIEND appeared as guests on the MBC FM4U radio show “Kim Shin Young’s Hope Song at Noon” to talk about returning with their new mini album “回: Song of the Sirens” and title track “Apple”!

The members shared that they felt worried about their newest concept, which the radio show host Kim Shin Young described as a “refreshing witch” concept. While Eunha and Umji expressed their concern about their transformation, leader Sowon revealed that she felt confident instead.

GFRIEND then described one another. Umji chose Sowon as the person who would’ve have had a good life even if she hadn’t become a celebrity. Umji explained, “The members have a really strong ability to thrive. They’ll do well no matter where they go.”

She continued, “As GFRIEND’s leader, Sowon is guiding us well. And yet, she used to live as the youngest in the past. I think she will succeed wherever she goes.” 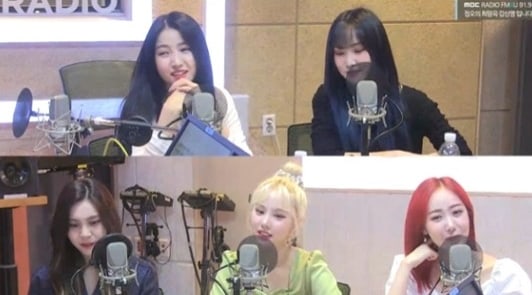 When asked who would’ve been a celebrity no matter what, SinB chose Yerin, who was not present at the radio show due to health concerns. Meanwhile, Umji pointed to Eunha and said, “I thought that Eunha’s colors are very distinct. We talk frequently with each other about how Eunha’s energy doesn’t drop easily. I think that’s incredible.”

The members of GFRIEND, who have already reached their 2000th day since their debut, were asked to send a message to their past selves around the time of their debut.

Sowon asked, “I have to be honest right?” She then said, “Sowon. Run away.” As everyone laughed, Sowon explained her response. “During the time of our debut, we had so much fear, and I just wanted to tell myself to get some fresh air with the members and try something daring,” she said.

Yuju shared, “Mine is similar to Sowon’s, but I want to tell myself, ‘You’ll soon be able to have fun.’ At the time, I was really only focusing on my singing.”

Umji responded that she wants to tell herself, “It’s okay. It’ll all pass.” She added, “My training period was short, so I think the time after I debuted became a period of growth for me.”

Meanwhile, Eunha teared up as she said, “I want to tell myself to not be so discouraged. I used to be so timid.”

The rest of the members got emotional upon Eunha’s response, and SinB commented, “Mine is similar to the other members’ responses as well, but I want to tell myself that I don’t need to listen [to what others say] too carefully.” 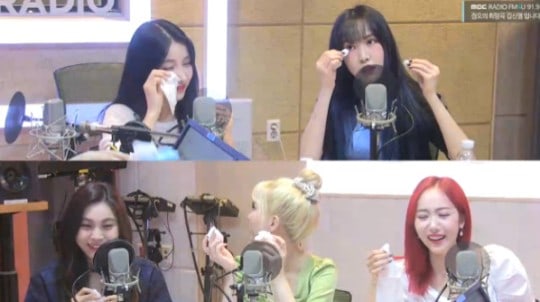 Kim Shin Young shared kind words of encouragement to the members and said, “Everyone will know that you’ve spilled sweat and tears 3,000 times to make a song just over three minutes long.”

If you haven’t already, check out GFRIEND’s music video for “Apple” here!

GFRIEND
Kim Shin Young's Hope Song at Noon
How does this article make you feel?