I want to speak honestly about the articles about my YouTube and Instagram. The articles were about indirect advertisement on social media, and at first, I was very taken aback. After the articles came out, I thought only of correcting the parts that were not accurate, so instead of apologizing and acknowledging my errors to my disappointed followers, I rebutted through comments. As a result, I was accused of making selective explanations. I realized that I was narrow-minded and had not been able to be the bigger person. I’m sorry for my rash response.

I have worked as a celebrity for over 10 years. Over the course of my entertainment activities, such as going on TV, getting photographed at the airport, filming YouTube content, and uploading photos on Instagram, I came to think lightly of sponsorship and indirect advertisement that resulted from me needing things or other people requesting things. I thought that this was a normal and natural part of the job that I could not do anything about. This is why I did not properly acknowledge the fact that these reports, the imports that I had received, and lax notification about advertisement could be a problem.

But I now understand that this was due to my ignorant and outdated thoughts. In the future, I will be more detailed and careful about marking sponsorships or advertisement products on all my content, regardless of medium, whether photo or video.

Two years ago, I started my YouTube channel and uploaded cover videos irregularly about once a month. I also posted various “vlog” content about my daily life. As more people subscribed to my channel, I received more sponsorship offers from various brands. It is true that those offers were an irresistible temptation to me. I have also said in the past, “I have made no money from YouTube” and “How do you apply for revenue?” At the time, I had been on YouTube for a short period of time. I was curious about how to register an account and how to make money on YouTube.

After that video had gone out, I said in an interview with another media outlet, “I don’t like having ads come out in the middle. I don’t intend to apply for revenue.” But contrary to my thoughts, it turned out that once the amount of YouTube subscribers and the YouTube views increased, the ads naturally came out. I learned that ads are something that YouTube does regardless of the creator’s intention. I thought that if that was true, instead of refusing revenue, I should collect that revenue and give it to a good cause, so I applied. I am still planning to donate all the money I made through the channel.

I have seen comments saying that this was a contradiction, that I was secretly planning to make more money through indirect advertisements than I received through ad revenue on the channel. I can only say that this was due to my greed and carelessness. I cannot avoid the disappointment that the subscribers who had been with me from the start must have felt when they saw the reports. I am deeply sorry.

Additionally, the “bralette” that I mentioned in a video about the things I use everyday was indeed a product of one of the underwear brands mentioned in the reports. I remember that I introduced the item with great enthusiasm as someone with a job in which she has to wear a diverse array of clothes and experiences discomfort with wire bras. As a result, I received a call from a person at that brand who had seen the video and wanted to use part of it as a commercial, and I readily agreed. However, after it had been made into a commercial, I did not state anywhere on the original video that it had become a commercial. I thought that this would make the subscribers lose their trust in me. However, I have realized that this was wrong of me. I apologize for causing disappointment through my mistaken judgment.

I also used various products like shoes and bags in my “vlog” content without clearly notifying whether they were product placements. I also didn’t explain my use of them, I just used them. Since I had no experience in notifying product placement when I just used a product in my TV and media appearances, I thought that I was not obligated to do this. This was another serious error on my part. As I said before, I will work harder to make it clear and avoid misunderstandings in future.

However, unlike what has been stated in the reports, I have never used the phrase, “I bought this with my money.” The Instagram photos mentioned in the reports were all products that I was working as a model for, or brands that I had an ambassador contract with. I am stating this because it affects not only me, but also the advertisement companies with which I have a relationship.

I have seen criticism that my previous apology did not get to the point. I should have thought more carefully about what I said, but I thought that it was more important to get the apology and response out faster. I posted an apology that was written quickly without being clear about the main point and my emotions. I am really sorry.

I enjoy editing my “vlog” content and I am happy working on music. It is also a great happiness to me to share my daily life with people through Instagram. I didn’t want to lose the naturalness I have on social media, but I also didn’t want to lose the sponsorship offers from the brands that I liked. I tried to grab both and my foolishness and carelessness resulted in this becoming an issue today. I don’t have any excuses to make.

I am deeply, deeply sorry from the bottom of my heart to my subscribers and followers, who were hurt by this incident. I will live with more responsibility. Thank you for reading this long statement.

Her first apology has now been removed.

Previously, a media source reported that a product Kang Min Kyung introduced on her YouTube channel and social media platform as an item she used on a regular basis was actually an expensive product placement, but she had not marked that the video included a paid sponsorship.

On July 17, Kang Min Kyung uploaded an apology on Instagram. She wrote:

Hello, this is Kang Min Kyung.

In no time, two years have passed since I started YouTube. Just like in the beginning, I personally carry out the all the filming, editing, and posting for the vlogs. In the happiness of doing something from start to finish alone, and in going through a lot of procedures and steps, I felt that I was very lacking and inexperienced. Today was a day where I had many thoughts after looking back at my activities of those times again.

While hosting the channel, I had an excited heart for a while as I gained many subscribers and many people who supported me. At the same time, the number of sponsorship and ad offers from many brands grew, and that excitement got ahead of me, and I didn’t put further consideration into the perspective of the subscribers who have cherished my channel. While reading the posts of those who felt uncomfortable, I learned about the aspects into which I hadn’t put detailed thought.

I’ll be even more cautious in the future and work prudently in all things. I sincerely apologize to everyone who felt even slightly uncomfortable because of me.

Stylist Han Hye Yeon also apologized through her YouTube channel following the product placement controversy. After receiving tens of millions of won (tens of thousands of dollars) in PPL, she carried out sponsorship and ad deals without identifying them as such and confusing consumers by saying she bought the items with her own money. 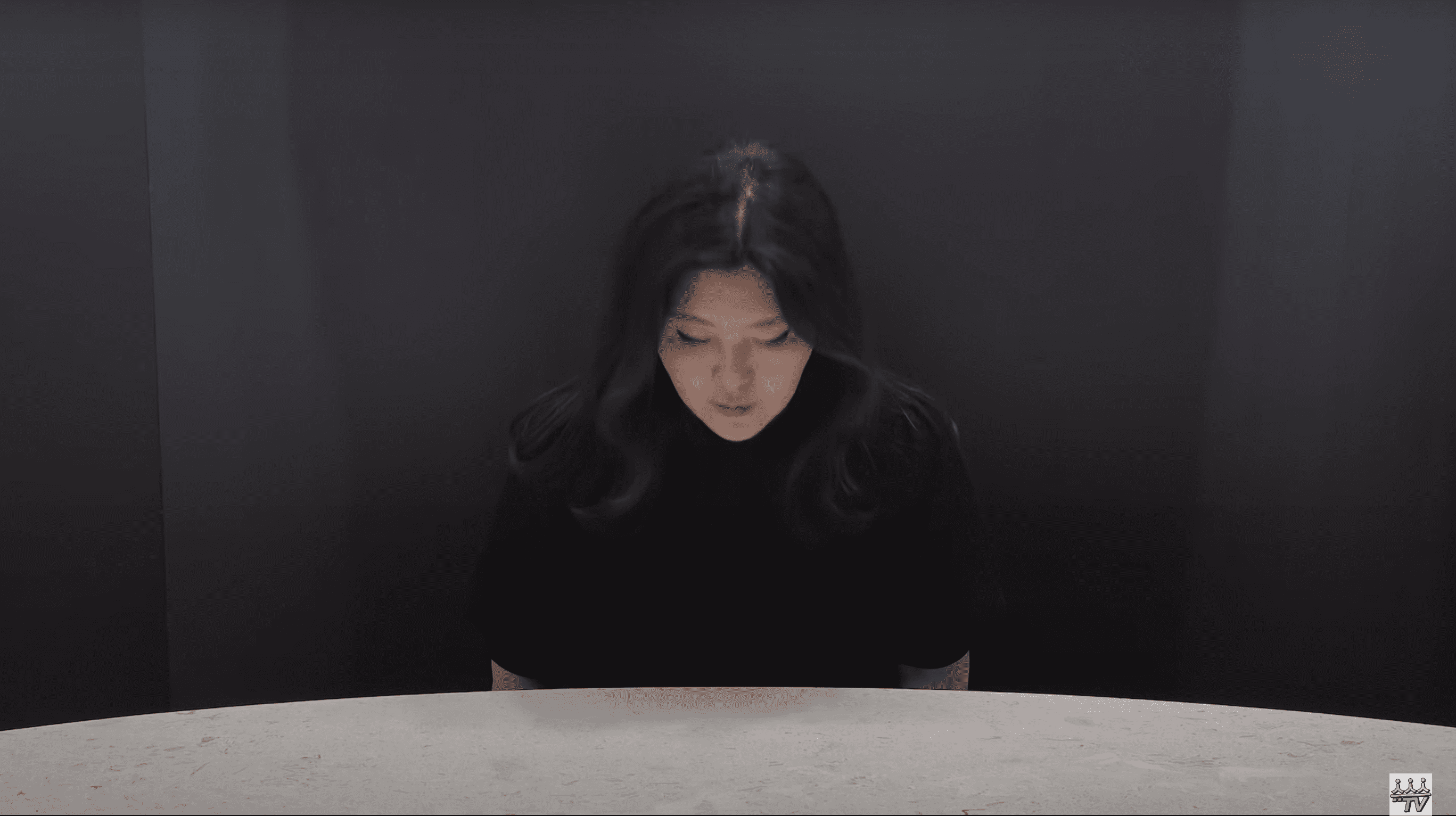 In her video, she bows her head in apology and shares, “I decided to produce this video after thinking about how to deliver and express my apology since everyone’s disappointment is so great as they had expectations for Super Star Stylist TV.”

She continues, “Super Star Stylist TV is lacking, but this was a channel in which I communicated with everyone the know-hows, knowledge, and information I had. I’m so sorry that I created confusion in that process, and although I can’t undo what I did, I’m really disappointed in myself. I’m also taking many things into heart after reading each and every one of the comments left by everyone.”

Han Hye Yeon apologizes, “I will thoroughly manage and look after my channel so that it becomes a channel that won’t disappoint twice. Once again, I’m so sorry, and I’ll keep everyone’s scolding in mind to become a hardworking Super Star Stylist TV that works hard to make an even better channel. I am so sorry.”