“Train,” starring Yoon Shi Yoon and Kyung Soo Jin, is a sci-fi thriller about two parallel universes that form due to a single choice made on the night of a murder. Yoon Shi Yoon takes on the role of Seo Do Won, a violent crimes detective and team leader at the Mu Kyeong Police Station. In universe “A,” Seo Do Won lives with guilt weighing his heart down as his father killed the father of Han Seo Kyung (played Kyung Soo Jin) 12 years ago and works to atone for his father’s sins. But in universe “B,” his father’s crimes leads him into a life of corruption.

The new stills show Seo Do Won from universe “A” figuring out that there is something different about the train that arrives at Mu Kyeong Station, which is supposed to be abandoned, and boarding the train. The photos show Seo Do Won looking haggard with bloodshot eyes, frozen in place as he sees something shocking. The atmosphere is heightened by the tears in his eyes and the gun in his hands. 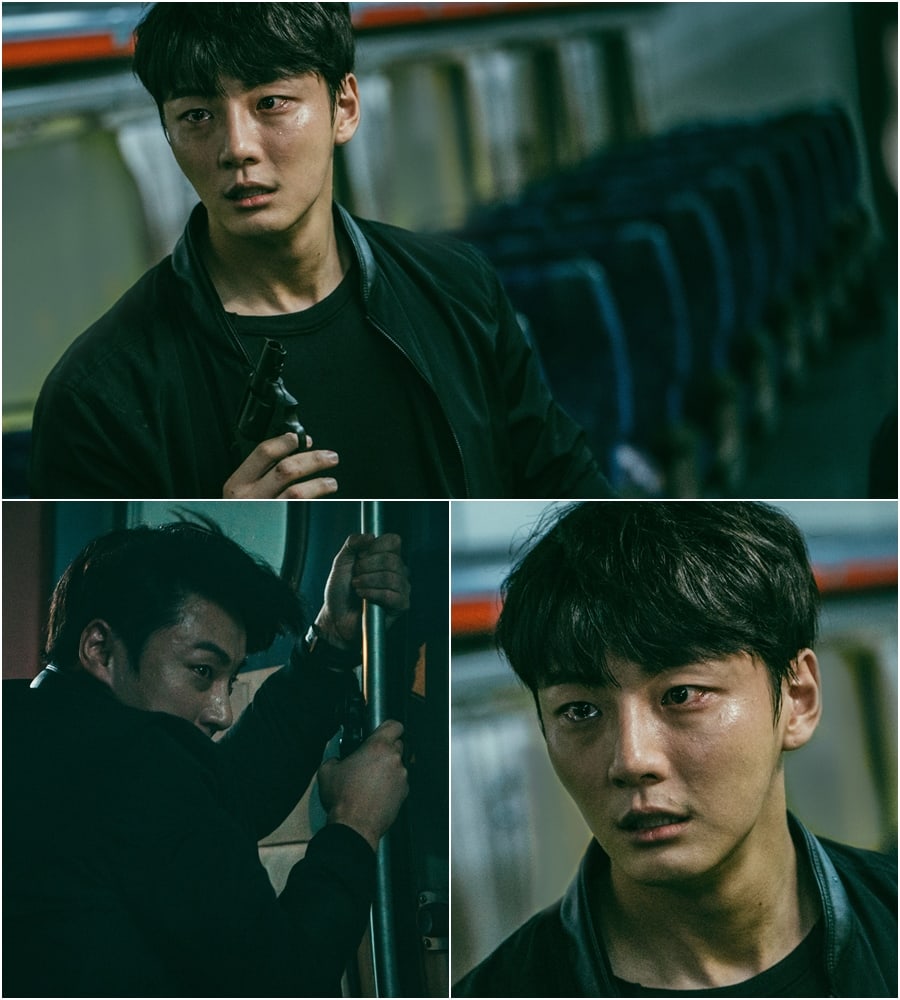 The production staff of “Train” stated, “Yoon Shi Yoon is always doing his best, sharing suggestions with the director and he never stops studying every scene in order to create a more realistic character. Be sure to tune in to the next episode to see how the train Seo Do Won boards ends up changing his fate.”