MBC’s “CHIP-IN” has released new stills ahead of its premiere!

Although most of the group only acts upon their selfish desires, Yoo Bit Na (Kim Hye Joon) stands out from the rest. Yoo Bit Na is an ambitious college student who works to pay her own tuition and living expenses even though she is the daughter of the famous artist. She thinks disdainfully of her mother Kim Ji Hye (Oh Na Ra)—who is the ex-mistress of the artist and is trying to get his money for herself—and doesn’t like the thought of going to the house together with her.

The stills give an insight into their mother-daughter relationship as Kim Ji Hye treats a wound on Yoo Bit Na’s hand. The incident happened just the day after they arrived at the artist’s home. Already getting swept up in mysterious events, Yoo Bit Na’s expression has a dark undertone. Meanwhile, Kim Ji Hye displays her motherly love for her daughter as she takes her anger out on someone else for the incident. 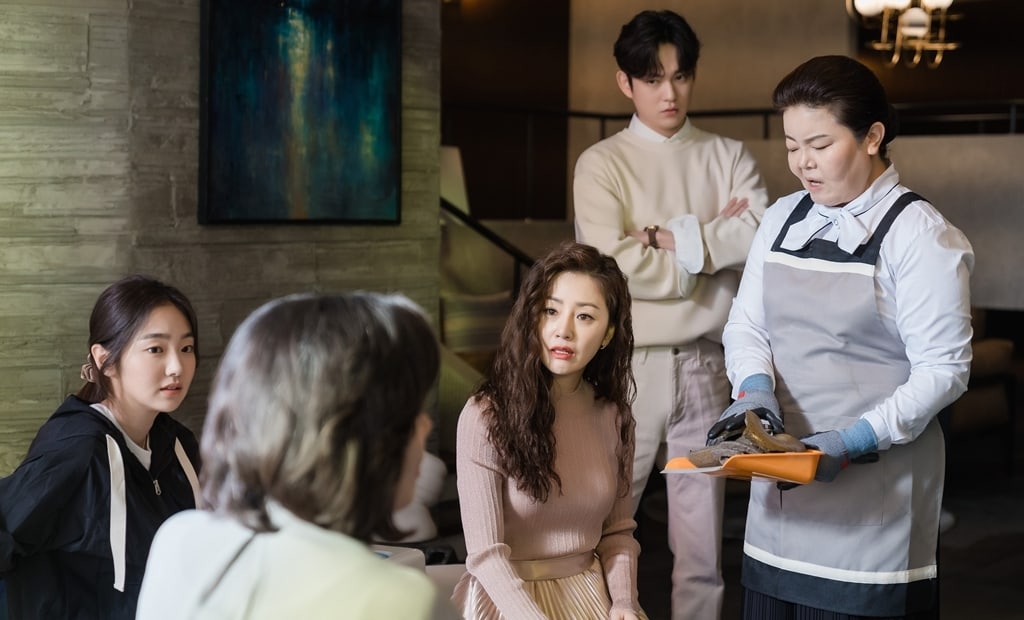 The production team explained, “After Yoo Bit Na arrives at the house, she receives a threat. The attempt to figure why the culprit wanted to harm Yoo Bit Na will mark the beginning of the mystery.” The team continued, “Kim Hye Joon and Oh Na Ra perfectly portrayed the confusion and tension felt by Yoo Bit Na and Kim Ji Hye after arriving in the mysterious house. Viewers can look forward to seeing what the mother and daughter pair will do to survive in the household and the effect that their actions will have.”