SF9’s Chani Talks About His Cameo Appearance In “Once Again”

SF9’s Chani took a moment to share his thoughts on his special appearance in KBS 2TV’s hit drama “Once Again”!

Chani recently made a memorable cameo appearance in “Once Again” as Song Da Hee (Lee Cho Hee)’s college classmate Ji Won, who suddenly entered the picture as Yoon Jae Suk (Lee Sang Yi)’s rival for her affections. During his brief stint on the show, Chani repeatedly made viewers’ hearts flutter with his character’s bold confession of his feelings and his straightforward approach to trying to win Song Da Hee’s heart.

After wrapping up his time on the show, Chani expressed both gratitude and fondness as he talked about the drama. “Although it was brief,” he said, “I was truly grateful and happy to be able to be a part of the drama, and I had so much fun. Thank you so much to the crew, director, and cast, who always warmly took care of me on set.”

Chani also thanked the viewers for their positive response to his character, remarking, “Thank you to the many people who tuned in, and please continue to show ‘Once Again’ a lot of love in the future. I will greet you again with an improved version of myself. Thank you for showing Ji Won so much love up until now.” 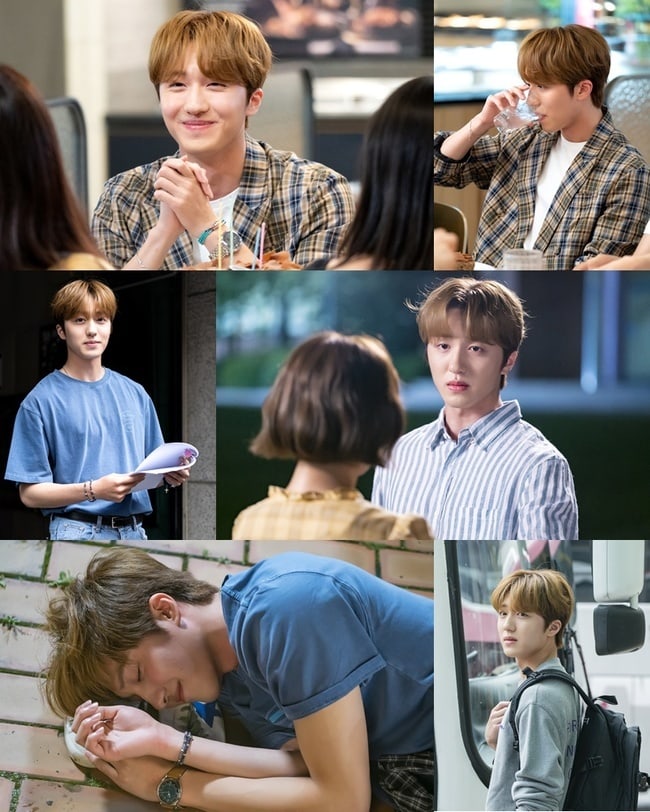 In addition to appearing on “Once Again,” Chani is currently busy with SF9’s promotions for their recent comeback with “Summer Breeze.”

Watch Chani in the latest episode of “Once Again” below!

SF9
Once Again
Chani
How does this article make you feel?