Park Eun Bin Transforms Into A Graceful Violinist For Upcoming Drama “Do You Like Brahms?”

SBS’s upcoming Monday-Tuesday drama “Do You Like Brahms?” has unveiled its first glimpse of Park Eun Bin in character!

“Do You Like Brahms?” will tell a story of love and dreams of classical music students, and will be the first SBS Monday-Tuesday drama in approximately two months. Park Eun Bin plays Chae Song Ah, a fourth-year student majoring in violin who is seven years older than her fellow seniors. Although she started school later than most, her passion for playing the violin motivated her to pursue her dreams but she now feels confused about her future career and love life.

In the newly revealed stills, Park Eun Bin completely transforms into violinist Chae Song Ah. Her long hair enhances her graceful appearance, and there is a gentle smile playing on her face. Her eyes are filled with various emotions, and she carries her violin with her wherever she goes. 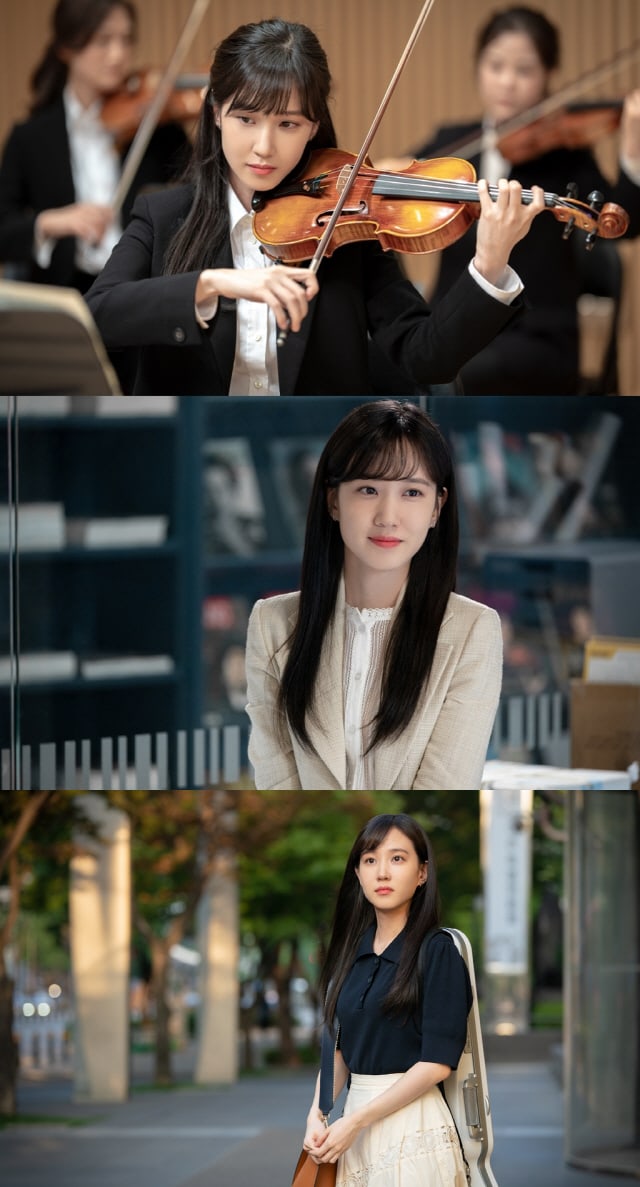 Park Eun Bin started taking violin lessons right after she was cast for this role, and she is currently practicing hard to increase the level of immersion in the drama. Viewers are especially looking forward to her new character because it is a 180-degree transformation from her previous role as the tough manager of a baseball team in “Stove League.”

“Do You Like Brahms?” will premiere on August 31 and will be available on Viki.