The second star-studded lineup has been announced for Someday Festival 2020!

Someday Festival 2020 is an outdoor music festival set to take place at the Nanji Hangang Park in Seoul on September 5 and 6. 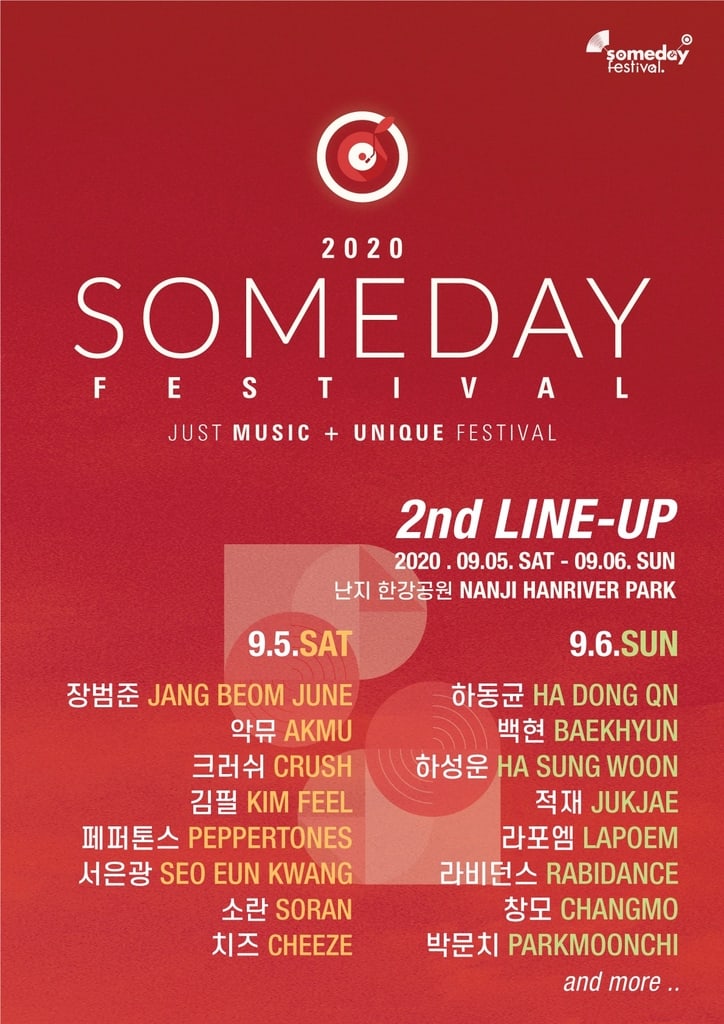 Previously, the festival’s representatives commented, “We thought that now more than ever, this would be a time when people most needed the happiness that music brings.” Noting the ongoing COVID-19 pandemic, they reassured, “We will take thorough measures to make sure that audience safety remains our top priority.”