SHINee’s Onew Reveals What Gave Him Strength In The Military, Members’ Reactions To His Discharge, His MBTI, And More

SHINee’s Onew is back!

On July 21, Onew returned to fans by holding a V Live broadcast the day after he was officially discharged from the military. Following COVID-19 precautions, Onew has been on final leave since July 8 without returning to the military base for his July 20 official discharge.

Onew enlisted in December 2018 and served as an active duty soldier. His fellow SHINee members Minho and Key are currently carrying out their service, while their youngest member Taemin has not yet enlisted.

During the July 21 broadcast, Onew said, “It’s been a long time. You’ve been well, right?” He went on to say, “I’ve been doing well. While I was on leave, I rested at home, read books, and listened to music.” He mentioned that he was feeling awkward to be holding a live broadcast on his own and for the first time in such a long while, but he shared his hopes that it would be a fun time for everyone. 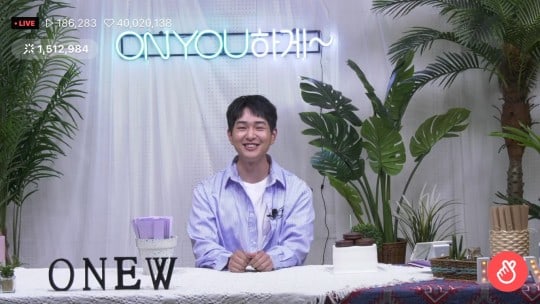 “There’s something I really wanted to say,” he said. “While I was in the military, you sent me so many letters. It kept me going during my military life. I received letters while I was doing musicals too, and each and every day was enjoyable. I wanted to make sure to express my thanks.”

During his time in the military, Onew performed in musicals including “Shinheung Military Academy” and “Return: The Promise of the Day.”

When a fan asked him to share some stories about working with fellow soldiers in the musicals, Onew said, “We worked hard at rehearsing, and we played soccer too. The thing that comes to mind the most is the soccer. Xiumin also bought us uniforms, so I wore that while playing soccer.”

Onew shared how he spent his free time in the military. “I received a lot of books as gifts when I enlisted, so I read a lot,” he said. “Also, a lot of time would go by while I was reading each of my letters. They were piled up like a mountain, and I read each and every one. I realized how difficult it is to handwrite letters. There was a time when I picked up my pen to write a letter to my family and then thought about it for a while. Sometimes people would say in the letters, ‘I’m not sure what I should write,’ and I related to that.”

When asked about new sides to himself he discovered in the military, Onew first replied, “I gained a lot of weight.” He went on to say, “I used to be the type of person who doesn’t like to think, but you inevitably end up thinking in the military because there’s so much time. I thought that thinking and talking with others can make you and the other person happy and help you get rid of your worries.”

“Lately, I’ve made plans to go on a trip together with my mother,” he continued. “We also took family photos for the first time in my life. I went to an escape room with my mother. Since I’ve always been such a busy son, I’m now trying to spend time with my mom like a friend.” 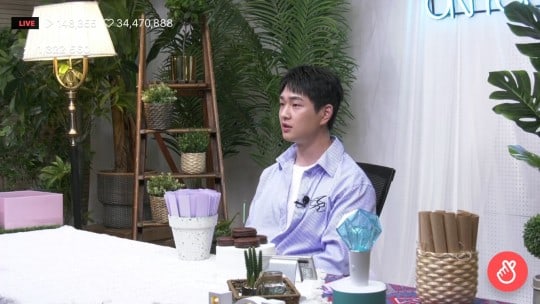 On the topic of what gave him strength in the military, Onew said, “There were some people who sent me photos of concerts with an ocean of light sticks, and that was so great.” He shared that he would often look at them and miss their fans Shawols, and they gave him a lot of strength.

When asked to decribe his fellow SHINee members’ reactions to his discharge, Onew said, “I’ve always said this to Taemin. ‘If you enlist quickly, then you leave quickly.’ I said that an hour in the military is different than an hour in society. I think Taemin is the most envious person now.”

“Minho and Key also said, ‘I should have gone when you went,'” he shared. “It made me realize that I made the right decision to go quickly. Before I was discharged it was alright, but after I left, there was a time when I was eating and it felt like no big deal, like I was just on leave. But then it came to me that I don’t have to go back anymore, and I’ve been happy since then.”

Onew also talked about taking care of his voice by receiving vocal lessons. “Because I didn’t want to get injured and I had the mindset that I need to keep singing for longer, I took vocal lessons whenever I was on leave,” he said. “I’m trying hard so that I can keep singing for you for longer. There’s a lot for me to do now that I’ve been discharged. I’ll work hard so that you can enjoy yourself.”

During the broadcast, Onew took part in some of the trends he’d missed out on during his time in the military. First off, he shared his MBTI (Myer-Briggs Type Indicator). “It’s ISFP, a very curious artist,” he said. “I wasn’t planning to believe it too much, but it did make me wonder if this is me.” He took on the task of making this year’s trendy “dalgona” coffee, and he whipped it up in 15 minutes.

Onew also made flower boxes for fans. “This is hard to do on my own,” he said. “I miss the members today once again.” 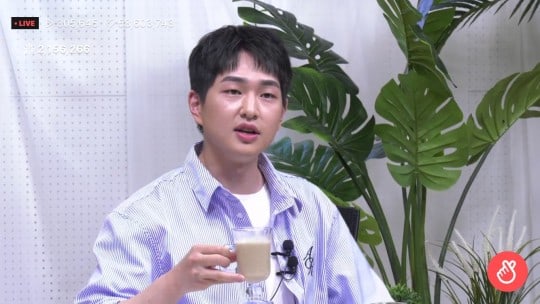 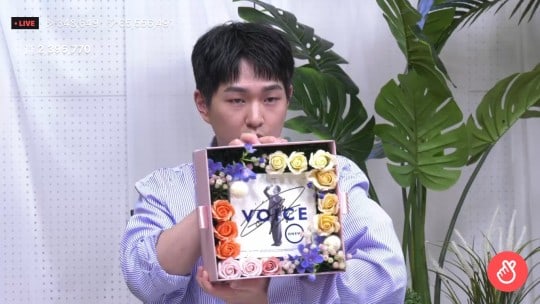 Watch Onew in “Descendants of the Sun” below!