The drama is a “human comedy” about a zombie in his second year of resurrection who becomes a detective in pursuit of his past, all the while doing his best to coexist with humans. It will be produced by the variety department at KBS (“The Producers,” “Go Back Couple“), and directed by Shim Jae Hyun (co-director of “The Producers”) and written by Baek Eun Jin.

The cast and crew recently gathered for their first script reading. Shim Jae Hyun thanked all the actors and commented, “I will do my best to make this a precious and special memory when we look back on it.” Baek Eun Jin joked, “I hope we can finish this successfully without being bitten by any zombies.”

Choi Jin Hyuk will play Kim Moo Young, a handsome zombie with an incredible physique. It’s been two years since he resurrected as a zombie and lost his memory, and after incredible effort to correct his inarticulate speech and awkward gait, he finds a new beginning as a detective. The actor shared, “I really enjoyed reading the script, and I thought it would be hard to make it into a drama, but it will be fine as long as I play my role right.”

Park Ju Hyun will be taking on the role of Gong Seon Ji, a writer of an investigative journalism program with unrivaled optimism, tenacity, and sense of justice. When a witness of a case she’s investigating is attacked by an unknown assailant, she leaves the industry in shock. She later encounters zombie detective Kim Moo Young and begins working at his office. The actress said, “It’s an honor to work with good actors in a good drama. I’ll do my best!” 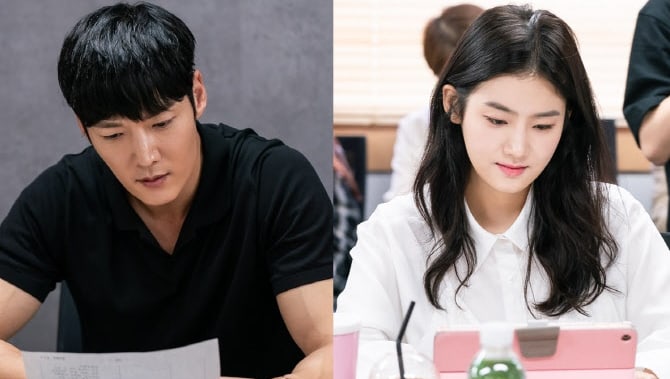 Later, when the script reading began, the actors quickly immersed into their given roles and worked perfectly together. Choi Jin Hyuk drew attention with his charismatic charms, whereas Park Ju Hyun portrayed the strong and bright traits of her character. The two hinted there will be fantastic chemistry between a zombie detective and a tenacious writer.

Tae Hang Ho took on the role of Lee Seong Rok, the owner of a detective agency, and he portrayed a comical teamwork with Lee Jung Ok who plays Want Wei, a Korean-Chinese employee. In addition, Park Dong Bin increased the immersion level of the drama with his sincere charisma as Hwang Chun Seop, the team leader of the violent crime team, while Lim Se Joo, who plays Gong Seon Ji’s friend Bo Ra and owner of an intestine restaurant, showed off her lively, unique charms. Bae Yoo Ram, who made a special appearance for the drama, turned into a producer at a broadcasting station and showed a solid performance with his acting skills. 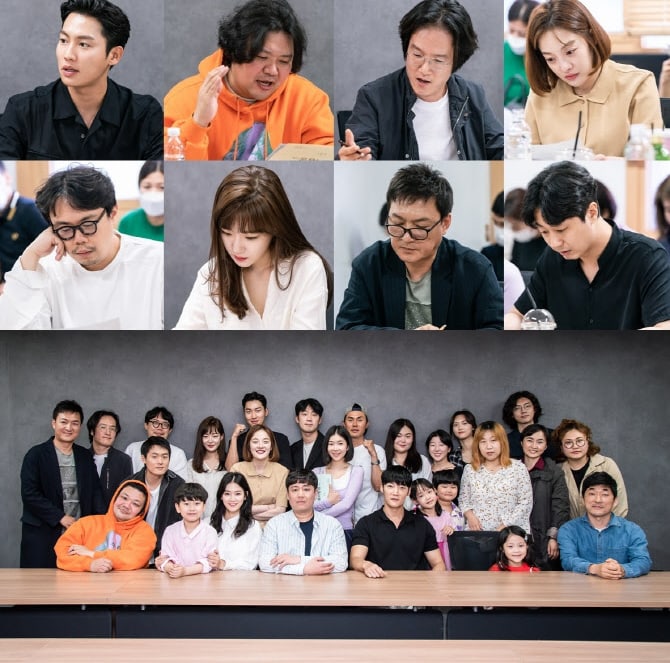 “Zombie Detective” will premiere in the second half of this year.