Shin Dong Wook talked about the current status of his health and shared his joy over being able to help someone else dealing with similar issues.

In an interview after the end of the drama “My Unfamiliar Family,” Shin Dong Wook was asked about dealing with Complex Regional Pain Syndrome (CRPS), which is a rare condition that causes chronic neuropathic pain. People with CRPS can experience severe pain over even a small amount of stimulation, and their pain can continue long after an injury has healed.

Shin Dong Wook was diagnosed with CRPS in 2010 while he was carrying out his mandatory military service. He was discharged and spent six years struggling with the illness. In 2017, he returned to acting through the drama “The Guardian.”

“I think my health is improving a lot,” he said. “I’m managing my health by taking medication. I’ve been going to the hospital a lot less.” He added, “I didn’t feel a lot of discomfort while I was filming either.”

“I feel a bit of discomfort when it’s cold in the winter, but doesn’t everyone have something a bit wrong with them?” he said. “I don’t consider it as a flaw, and I try to think of it as something that’s natural.” 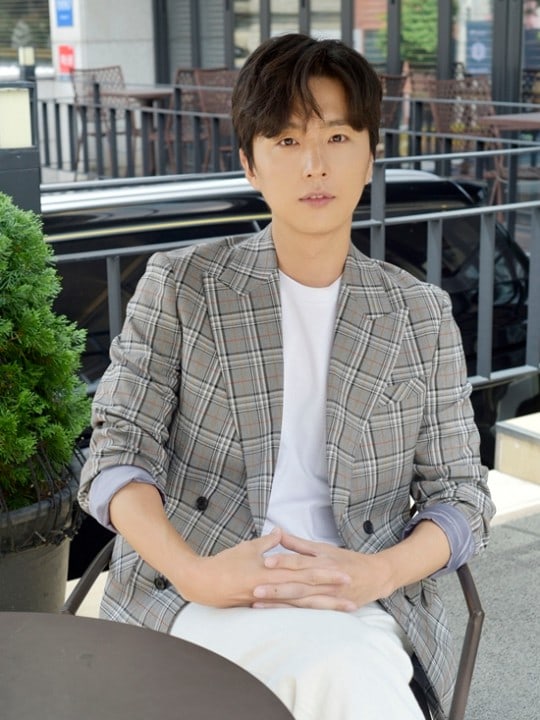 Shin Dong Wook also shared his hopes to encourage others with CRPS. He said, “To be honest, the condition I have is very difficult. So I really hope that many people will see me and be able to gain the courage and strength to return to their daily lives.”

The actor revealed that his doctor told him early this year that a patient with CRPS had been able to receive treatment thanks to the money Shin Dong Wook had donated. “I realized that I’ve been a small help to someone when I heard that, and I felt happy and like I was about to cry,” he said.

Shin Dong Wook shared that acting is even more precious to him after such a long hiatus. “I find acting really enjoyable and I want to act in a lot of projects,” he said. “Regardless of whether something is a lead or supporting role, I’m prioritizing working with good actors in good projects.”

Watch “My Unfamiliar Family” below!

Shin Dong Wook
How does this article make you feel?