Once Kim Yoo Jung is finished, they pose for a picture that makes fans laugh at the sight of Ji Chang Wook’s face. On his cheeks are the words “Belongs to Jung Saet Byul.” Kim Yoo Jung looks completely satisfied with the drawing while Ji Chang Wook’s eyes are closed in surrender. 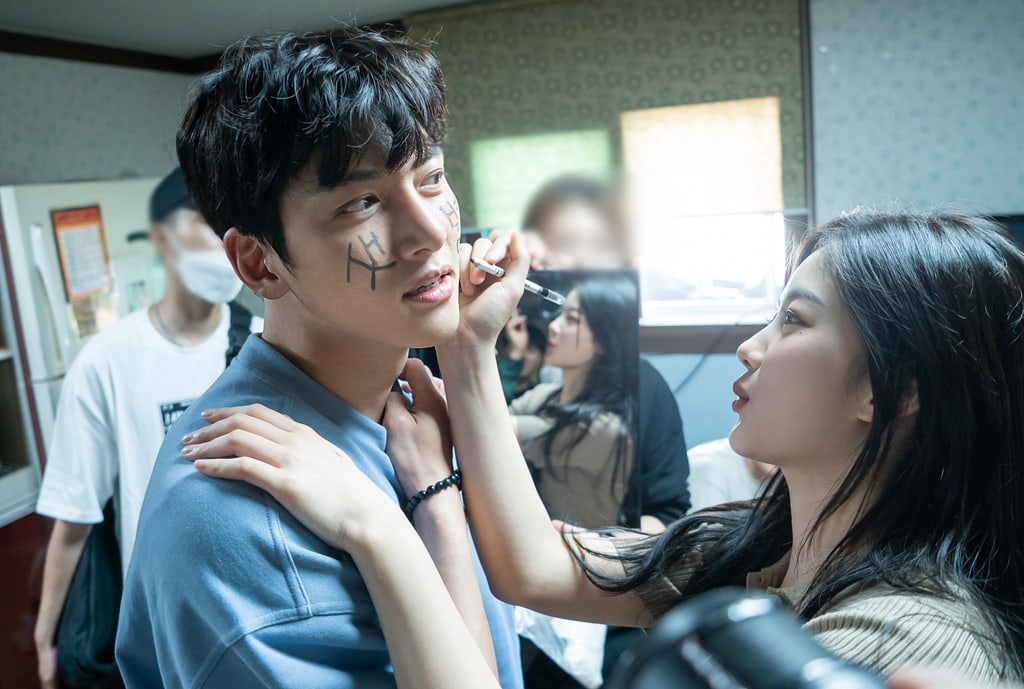 “Backstreet Rookie” airs every Friday and Saturday at 10 p.m. KST.