DAY6’s Young K, Wonpil, and Dowoon recently participated in a pictorial and interview with Allure magazine!

Referencing a past interview DAY6 did with Allure where they were asked whether they were an “idol band,” “idols,” or a “band,” the interviewer asked if DAY6 still received that question. Young K answered, “We do still get it. However, compared to the past, we get it a lot less.” Wonpil added to clarify, “We don’t care at all which one we’re considered to be.” 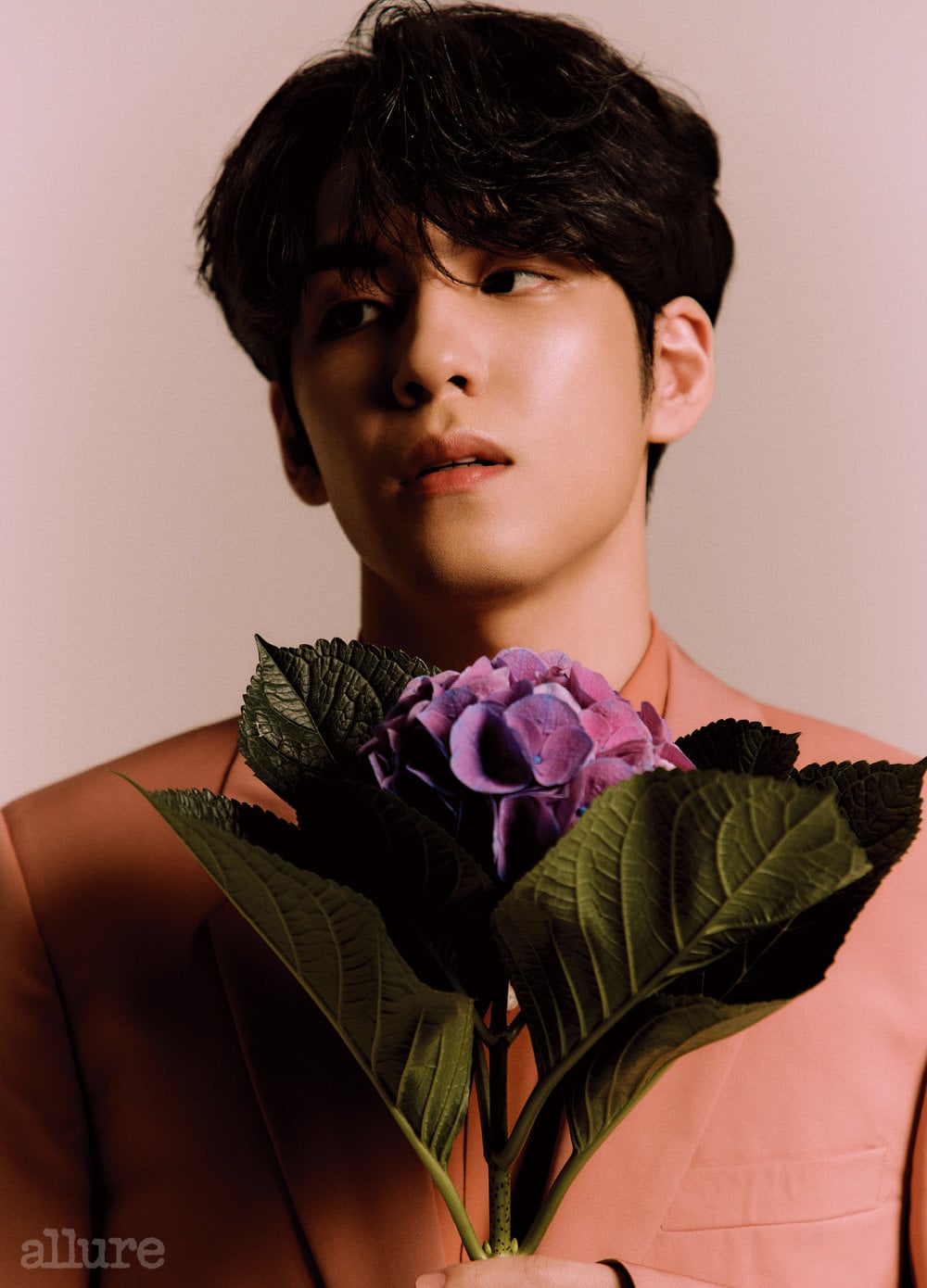 Speaking about their first impressions of one another, Dowoon commented, “Wonpil joked around a lot from the start. You know how Young K subtly looks sharp and sexy? That’s why at first, I thought he was cool and scary. He had charisma.”

Young K continued, “My first impression of Wonpil was that he had a buzz cut, was wearing his school uniform, and was smiling very brightly.” 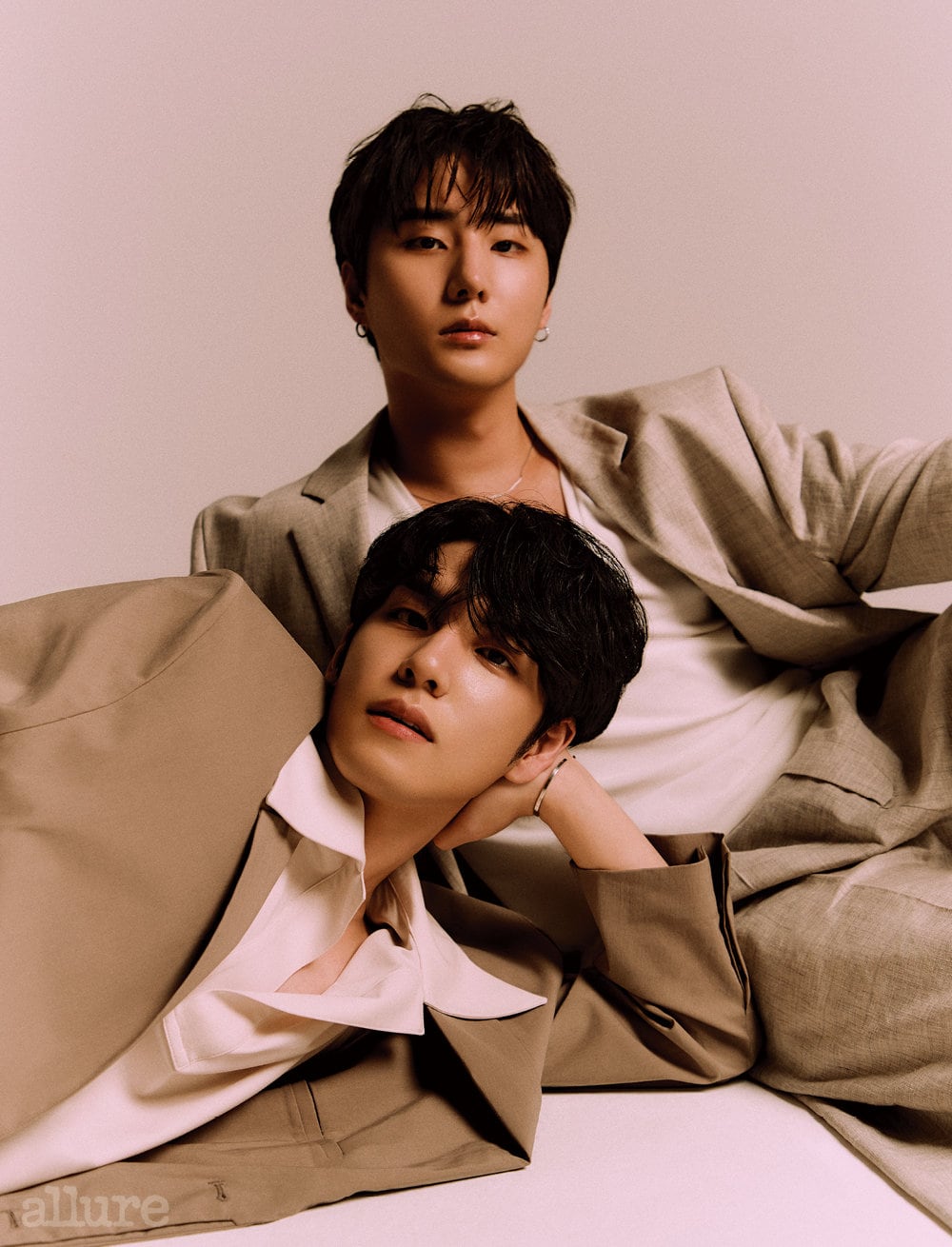 Wonpil answered, “We had been awaiting a drummer so we were all really excited to meet Dowoon. Also, at home I have an older sister and always wanted a younger brother. When Dowoon joined, I was able to escape being the youngest member and I was so happy. My first impression of Young K was that he was a passionate man. He did everything really diligently and I thought that he was a different type of person than I am…”

Ever since their debut in 2015, DAY6 has focused on promotions through live performances rather than broadcasts. Regarding the pros and cons of doing so, Wonpil shared, “A pro is being able to communicate with fans often. We probably did around 100 performances last year. We’ve grown a lot thanks to these performances and have developed a bond with our fans.” 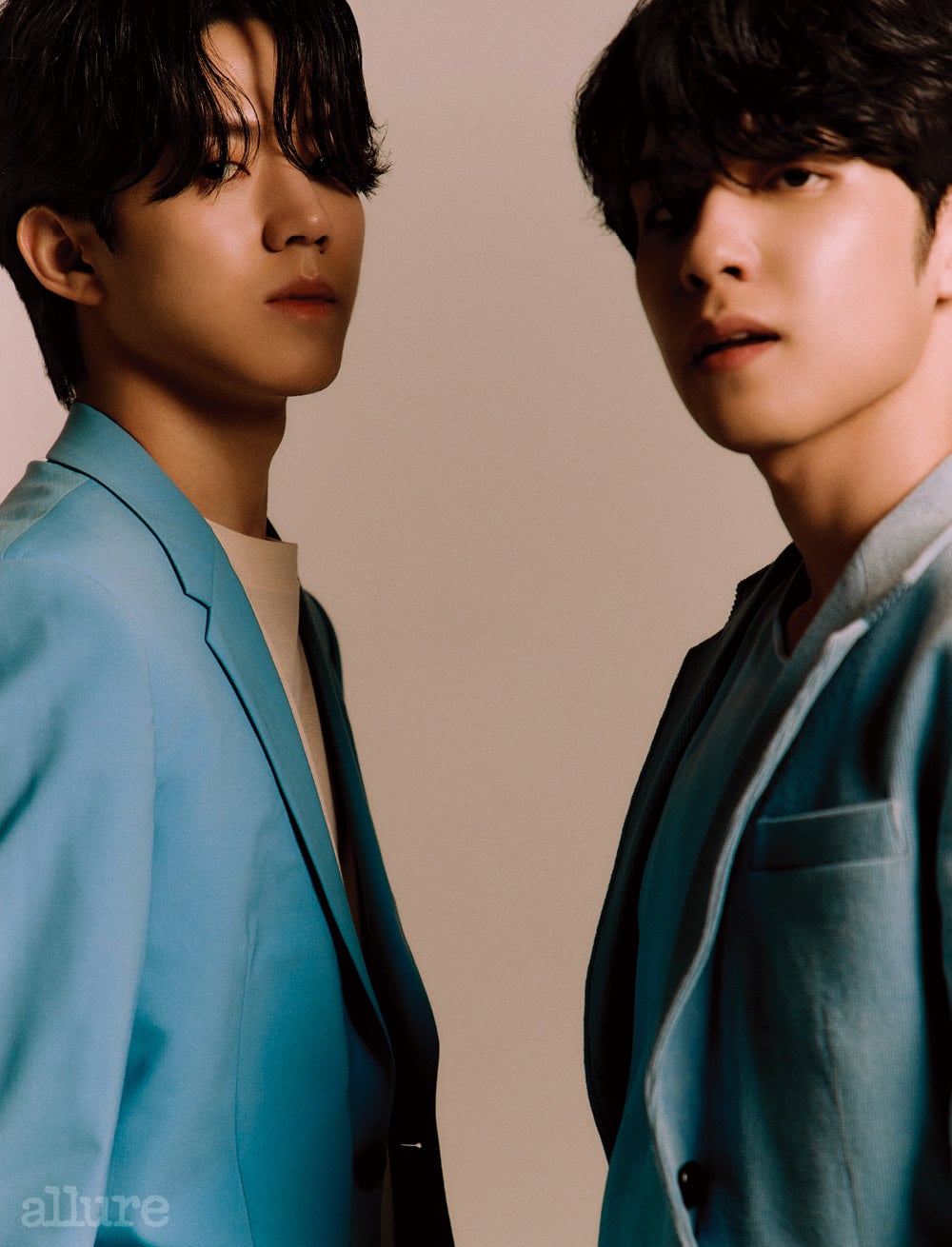 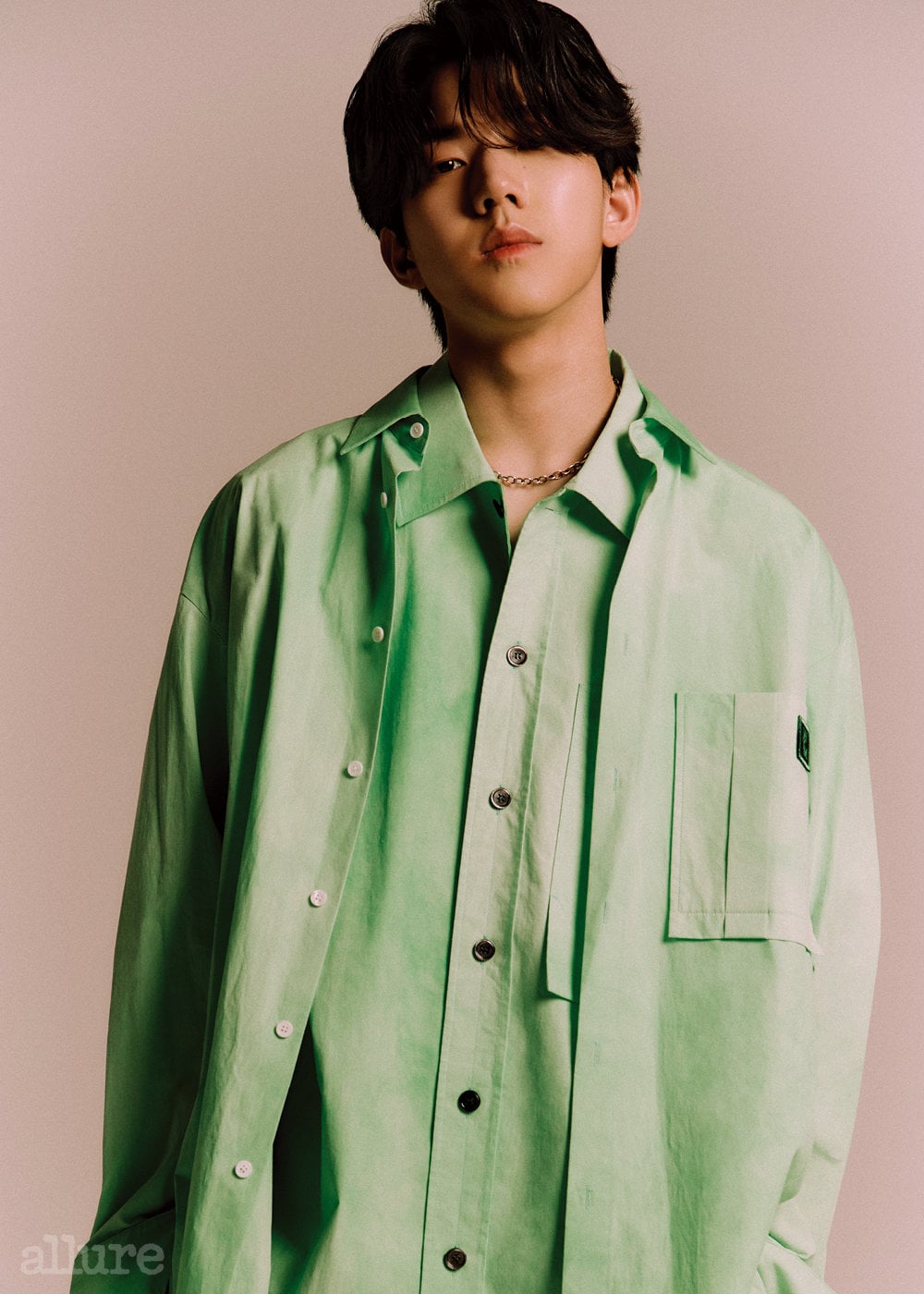 Dowoon answered, “I really don’t think there are cons.” With a laugh, he continued, “Since we don’t appear on broadcasts much, there are people who don’t know us, but I honestly like that people don’t recognize me.”

Young K responded, “If I had to pick a con, I’d say that although we’re in our sixth year of promotions, we lack broadcast skills compared to those who appear on shows often. We could get nervous or be unsure about when to make comments.”

The group also shared thoughts on their members’ voices. Wonpil shared, “Young K’s is like red wine. There’s both a sexy and steady feeling. I’ve liked Jae’s voice since he was on ‘K-pop Star’ so I was so fascinated when he joined our team. His voice is the one I want most. Sungjin’s is like rice soup. [His voice] is very concentrated.” 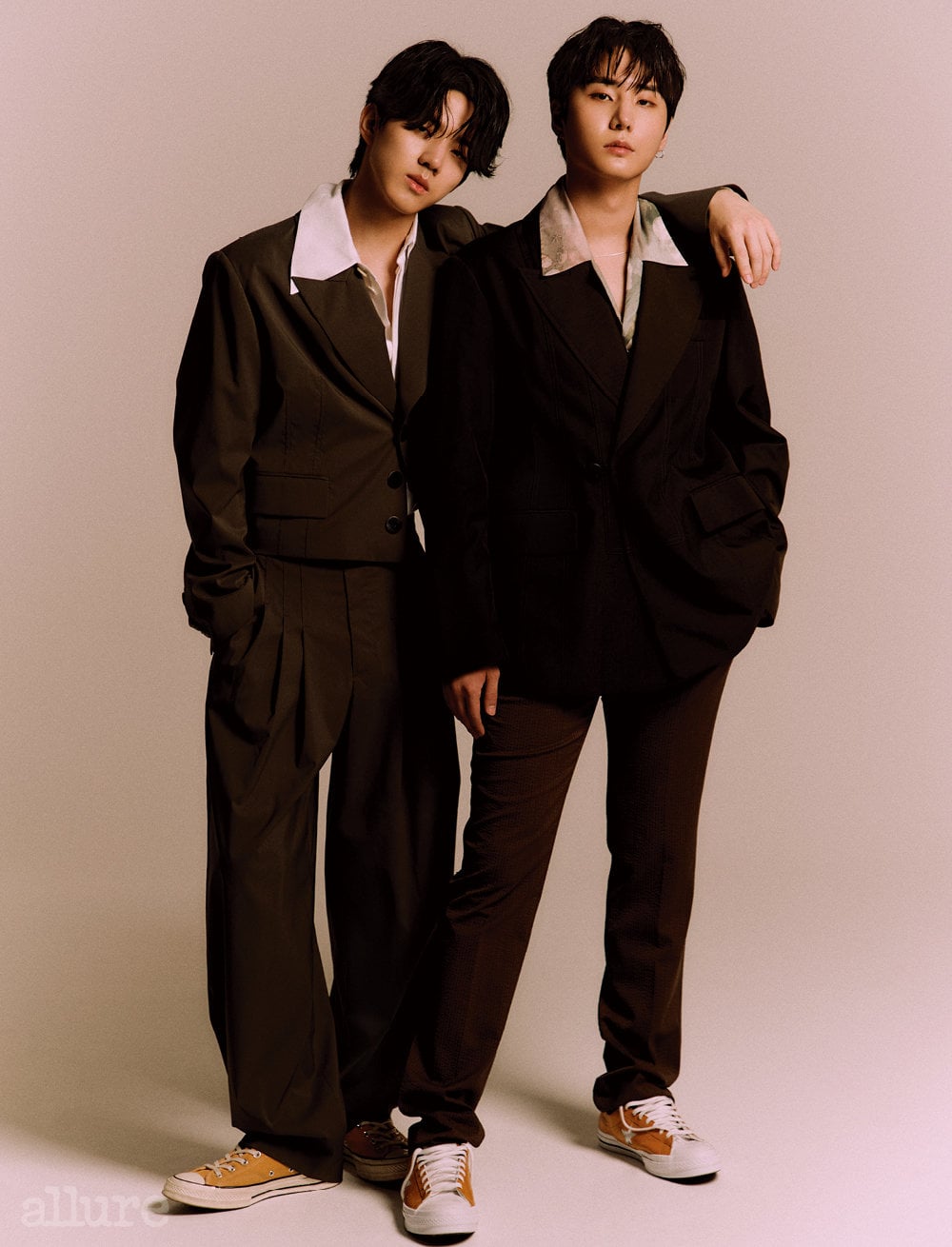 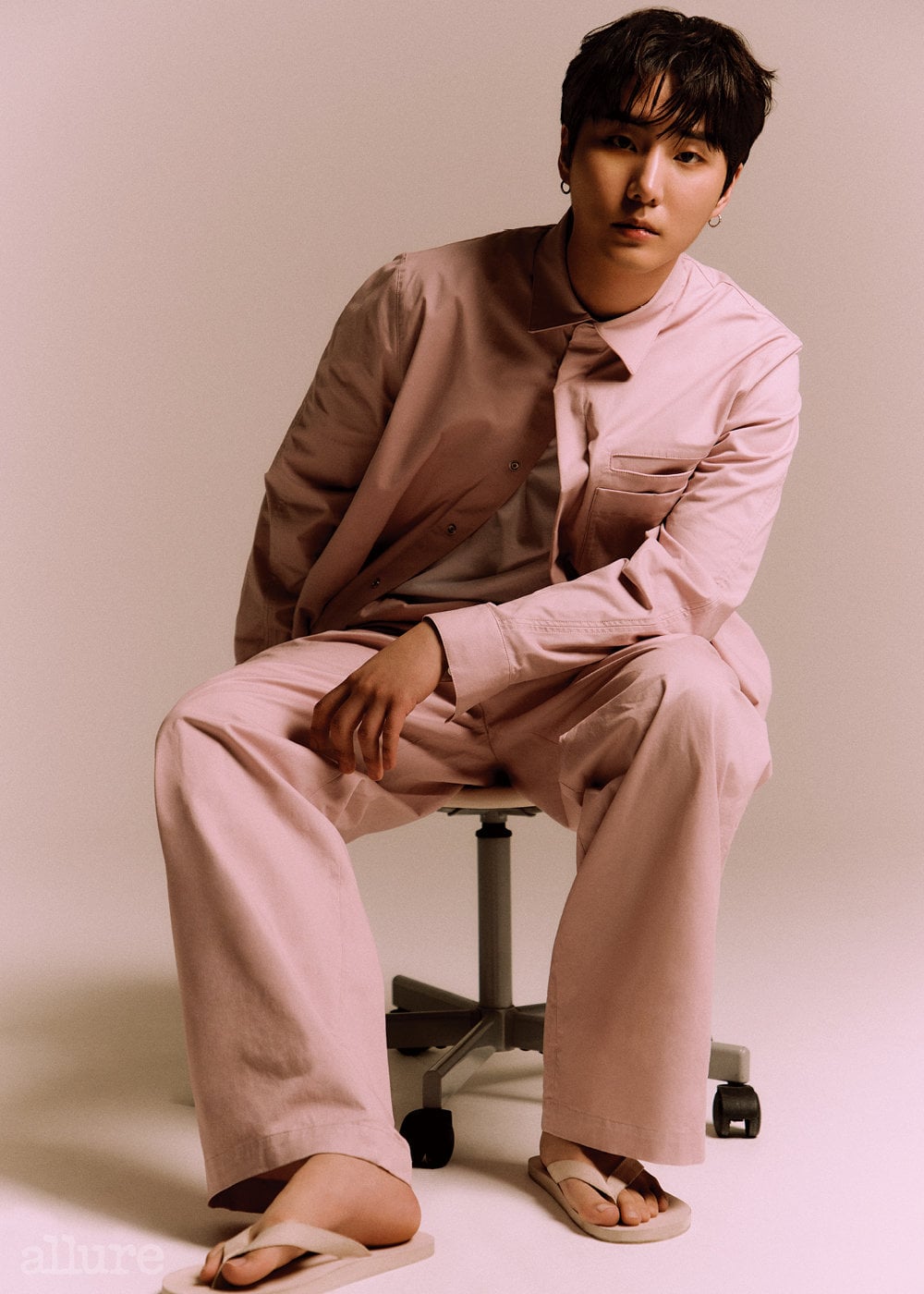 Regarding Dowoon, Young K commented, “He’s kind of like a blank sheet of paper. While we’re originally vocalists, Dowoon is not. I don’t know if that’s why, but rather than sing, he interprets and it comes out very naturally. It sounds very pure and sincere. The way Dowoon sings as if he’s speaking is our secret weapon.”

When asked what they are currently preparing, the group shared that they have a lot of songs they want to share with fans. Young K added, “I think we’ll be able to have fun soon!”

Lastly, the boys were asked what words of encouragement they wanted to hear the most. Wonpil answered, “Thank you” while Young K shared, “That they are supporting us.” Dowoon adorably commented, “‘Let’s go get a drink!’ I don’t have any friends to drink with.”

DAY6
Young K
Wonpil
Allure
Dowoon
How does this article make you feel?