Ahn Bo Hyun Reveals Why He Was Drawn To His Upcoming Drama, His Drinking Habit, And More

The actor discussed his recent success and newfound fame after initially debuting in 2016. He said, “I was lucky. Since I began acting a bit late, I had to work harder and felt that I needed to be more careful.”

Ahn Bo Hyun received much praise for his incredible portrayal of Jang Geun Won in “Itaewon Class,” whom the interviewer described as the villain of the year.

Regarding this role, he explained, “I auditioned for that project more than five times. I made them certain that they had to pick me and that I was more confident than anyone else. I worked really hard to show them a raw version of Ahn Bo Hyun acting. I feel like the time I spent wondering whether this or that was right while acting really paid off through this project.” 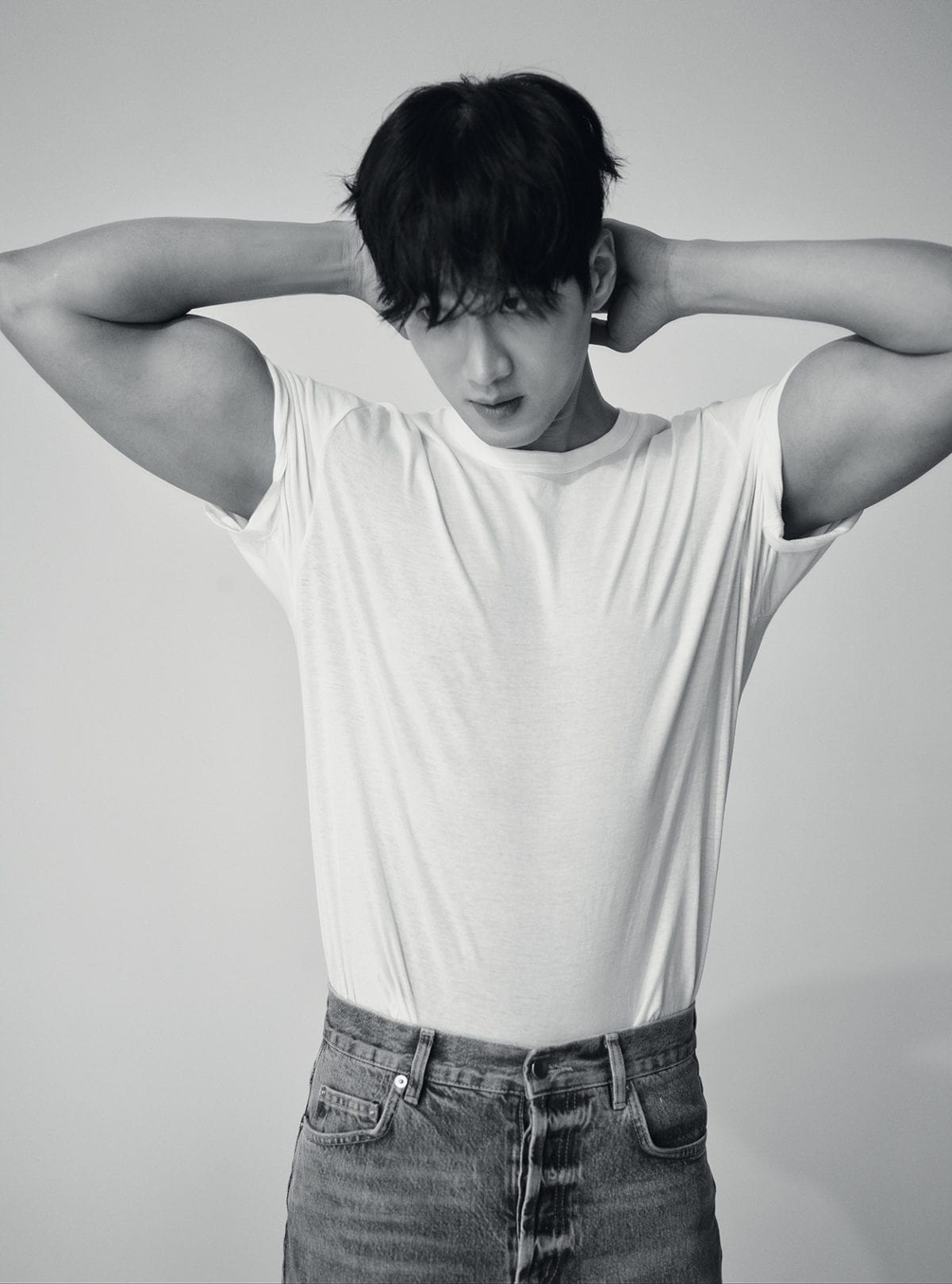 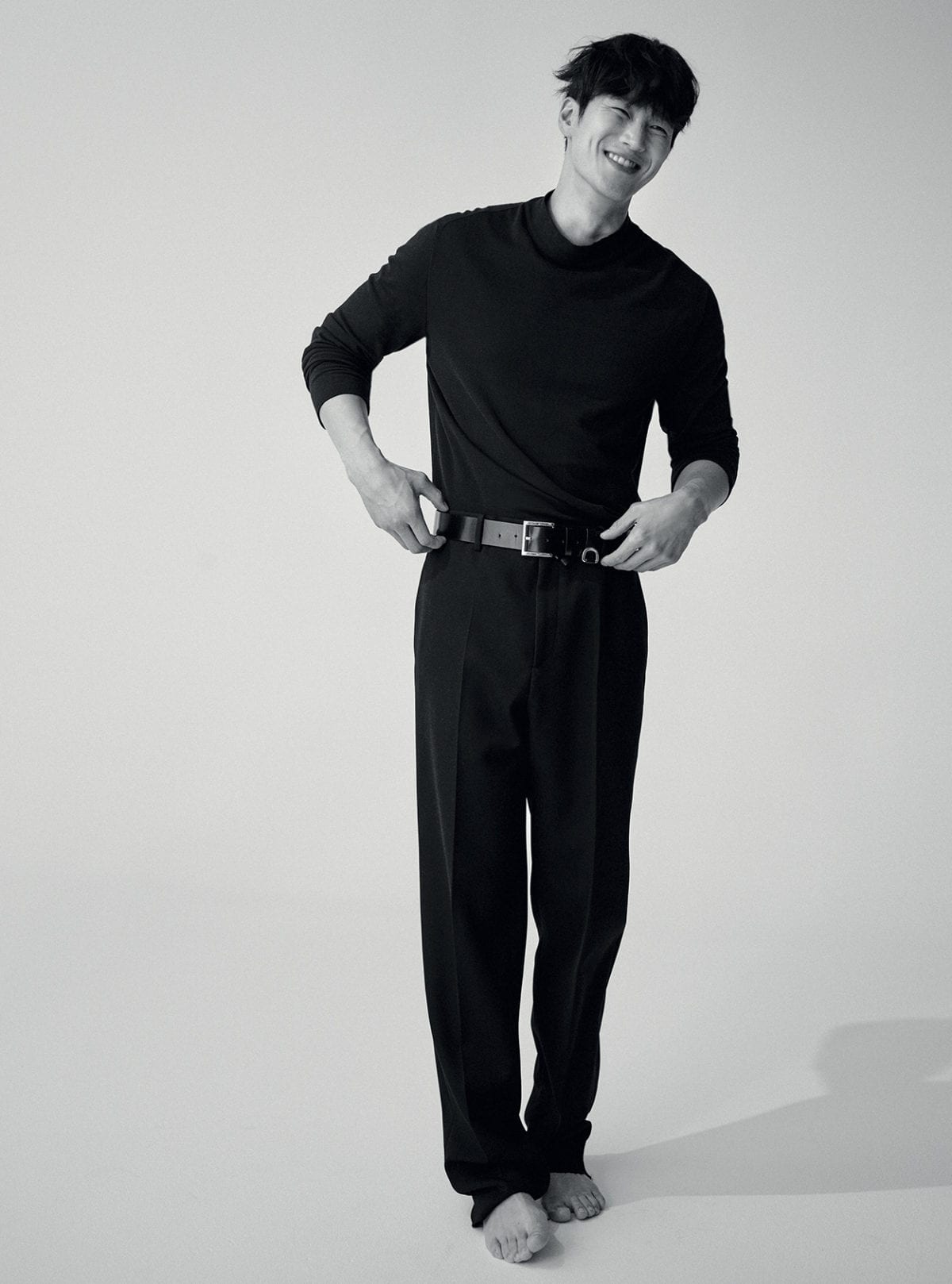 The interviewer mentioned the lack of successful love stories in his filmography and asked Ahn Bo Hyun what his ideal melodrama would be. Ahn Bo Hyun answered, “While watching the film ‘Always’ where So Ji Sub appears as a boxer, I thought, ‘Wow, this really sounds like my story.’ If I come to do a melodrama, I want to try a project that intersects with my own life.”

Ahn Bo Hyun is currently busily filming his upcoming drama “Kairos” (working title). When asked what aspect of the drama he was drawn to, he replied, “The script was fun and the theme of ‘time travel’ felt new. More than anything, it’s the first project by the director and writer. They have more passion than you could imagine. The director runs around on set enough to sweat. He really enjoyably runs around like a child. I look up to people who are very passionate and work really hard in their field. I can’t help but support those who are confident in themselves.” 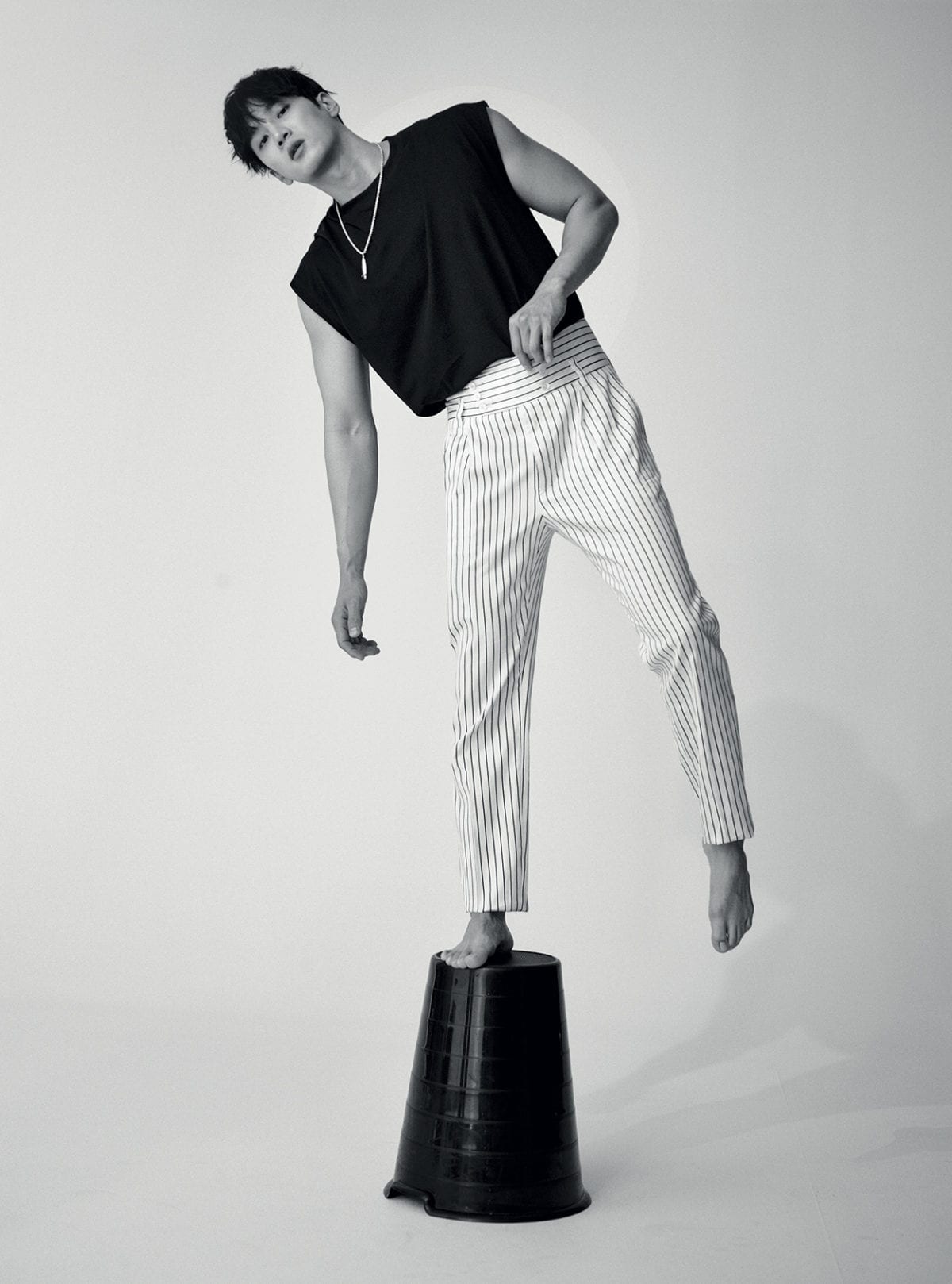 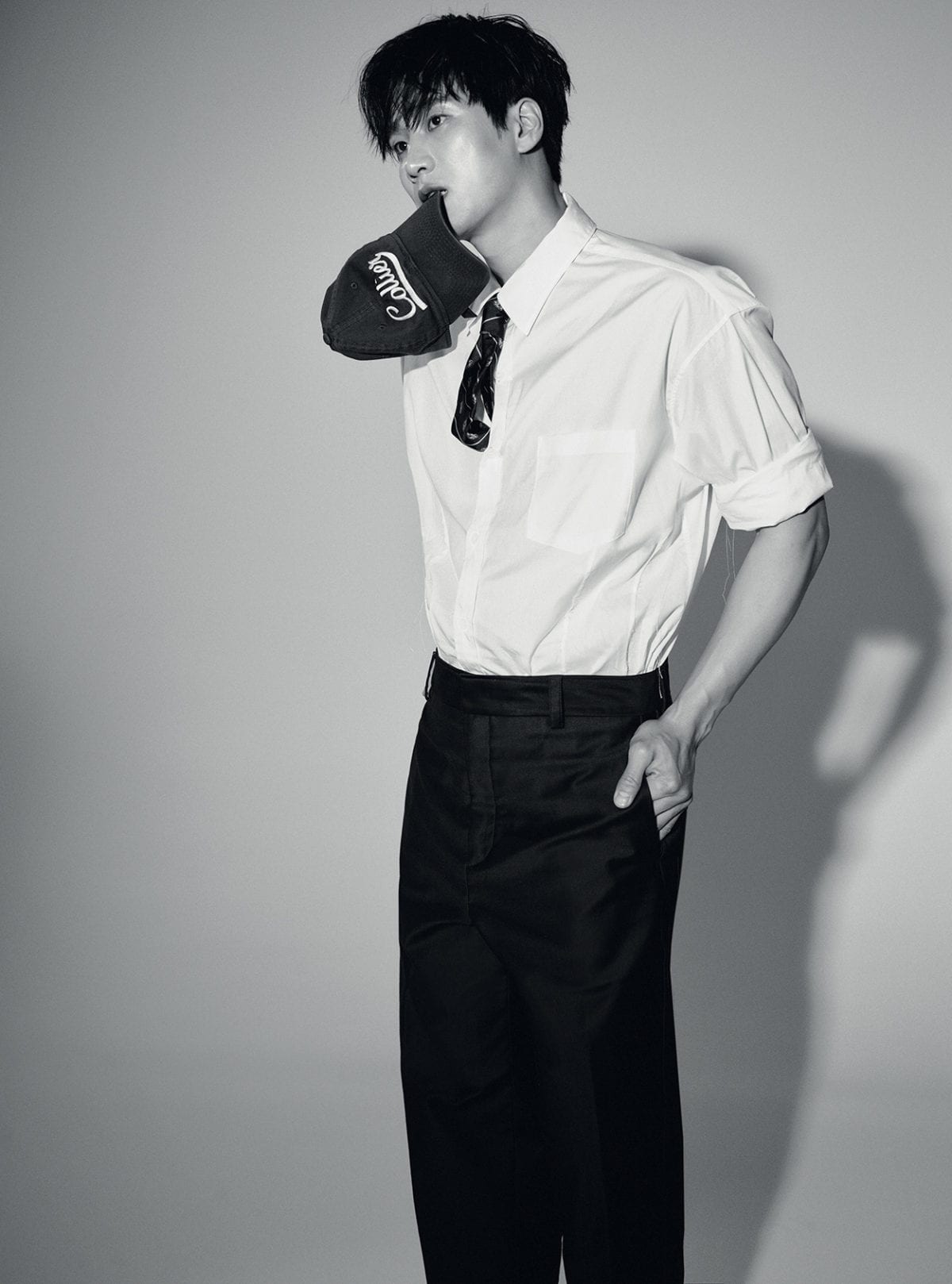 On his latest appearance on “Home Alone” (“I Live Alone”), Ahn Bo Hyun demonstrated just how much he enjoyed spending time by himself. He explained, “I’ve spent a lot of time by myself because I began living alone earlier than those my age. Because of that, I searched around for ways to heal on my own and began getting into new hobbies. I drive around in my old car, travel around the country riding my bike from Seoul to Busan, and camp in my car.”

The interviewer commented, “I heard that once you drink, you drink until the sun comes up.” Ahn Bo Hyun clarified, “One of my habits when I drink is not liking when people go home. If I drink with someone I like, I have to see the sun rise and then I safely send them home in a taxi. Alcohol has the power of making people softer and more sincere. To be honest, I’m not drinking right now to watch my weight and it’s been about three weeks. This is my first time doing this in 10 years.” 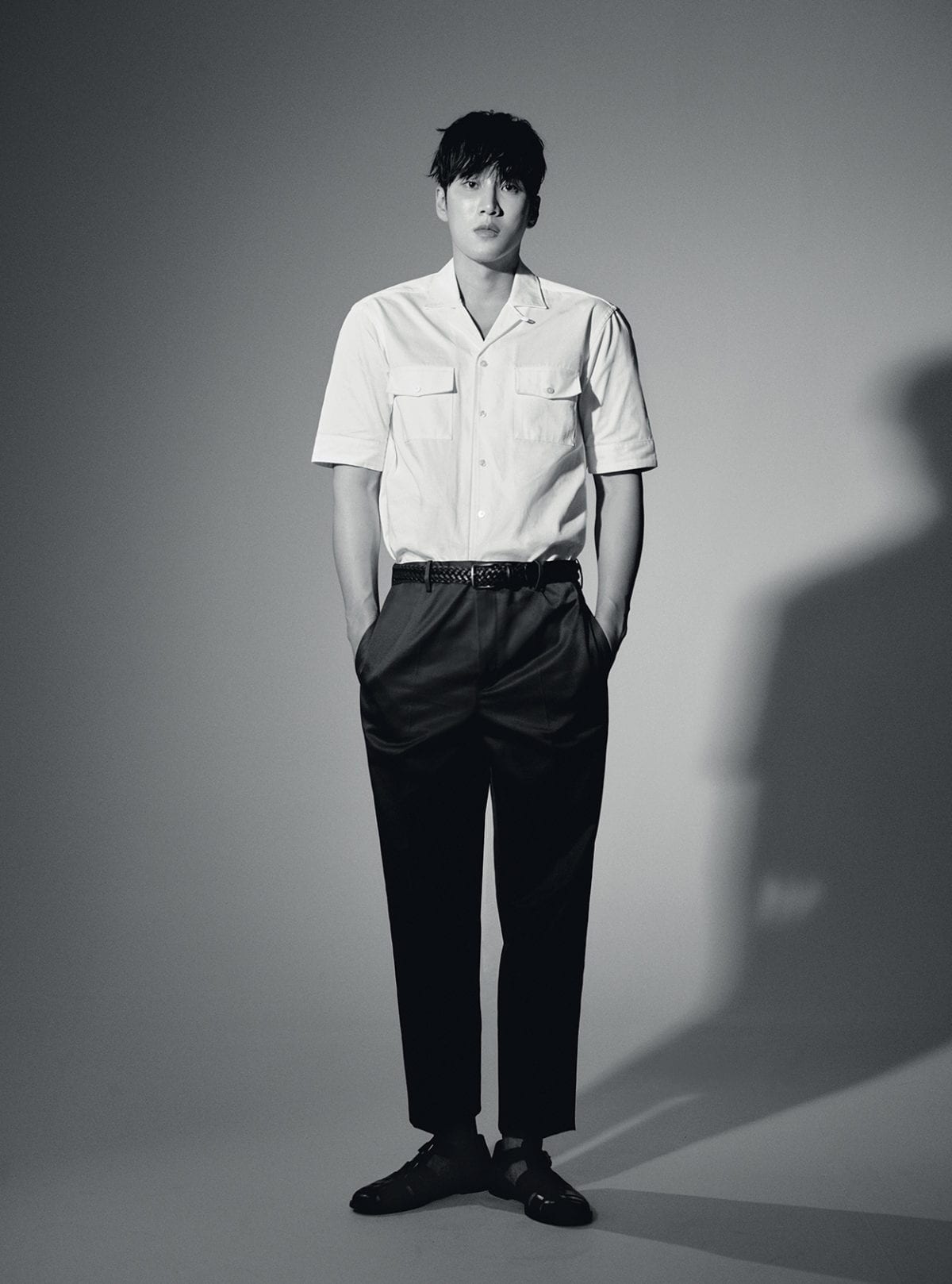 After opening his own YouTube channel “Bravo Hyun” three months ago, Ahn Bo Hyun has already surpassed 270,000 subscribers. He was asked what he’s learned from planning and producing his own content, to which Ahn Bo Hyun responded, “Since I’m creating my own content, I think I’m now understanding what people like. Although I have to show a raw side to myself on YouTube, I am still pretty careful because I am a public figure.”

He also said, “Soon, you’ll be able to meet an unpredictable celebrity on my channel. We plan to have a guest who will have everyone curious.” 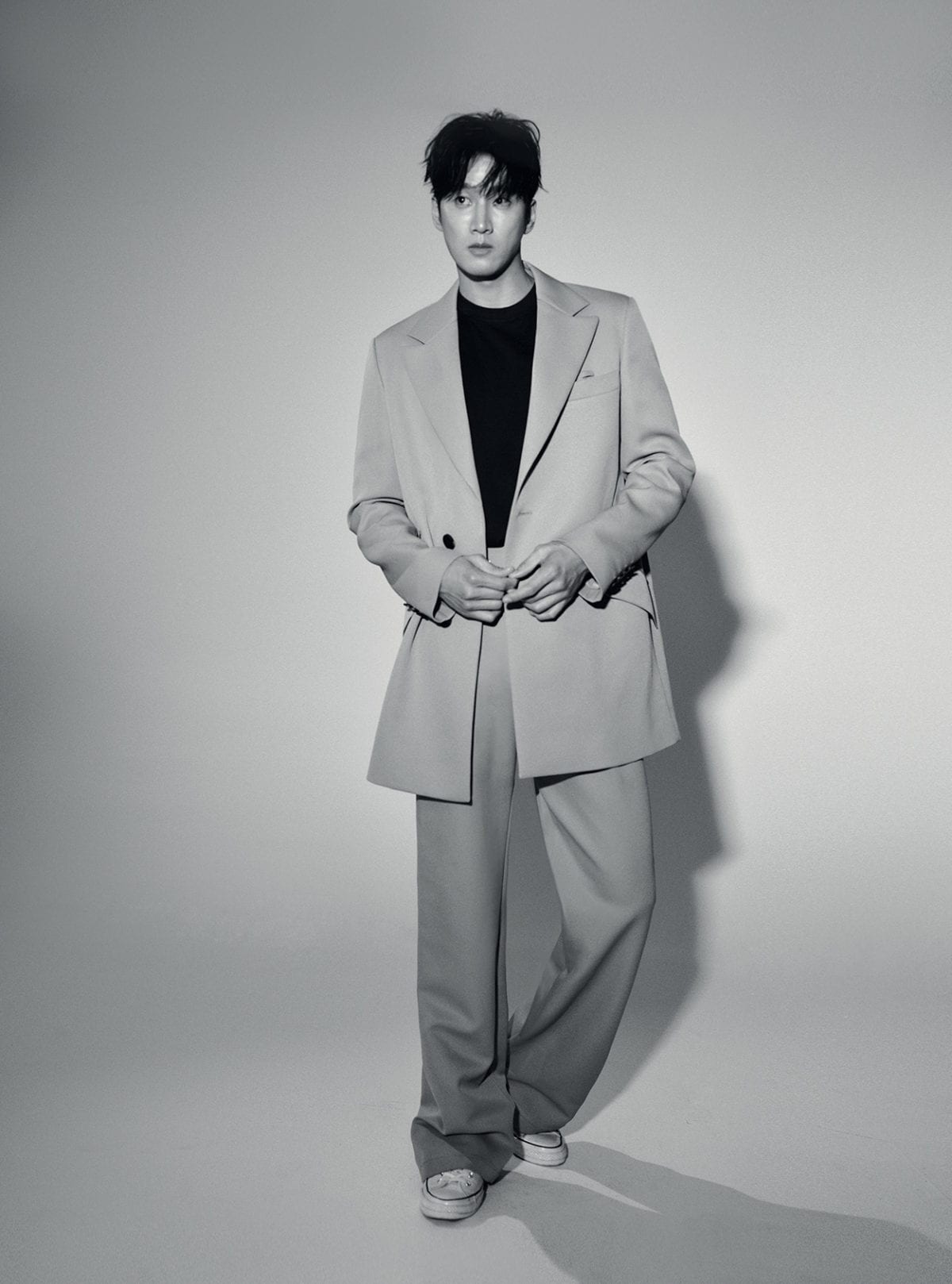 The actor also revealed which variety programs he enjoys. He said, “I watch nearly every program with Baek Jong Won and I’ve recently been enjoying ‘House on Wheels’ and ‘Three Meals a Day.’ A lot of viewers leave comments mentioning me. In situations where someone couldn’t light a fire with a torch or used camping equipment wrong, I remember people saying, “If someone like Ahn Bo Hyun was there, he would figure everything out for them.”

Ahn Bo Hyun
GQ Korea
How does this article make you feel?