MBC’s upcoming drama “When I Was the Most Beautiful” has unveiled its first poster!

“When I Was the Most Beautiful” is a new romance drama that will tell the heartbreaking story of two brothers who love the same woman. Im Soo Hyang will star in the drama as Oh Ye Ji, a ceramic artist who stands at the center of the uncomfortable love triangle, while Ji Soo and Ha Seok Jin will play the two brothers who both have feelings for her.

The newly released poster captures an intimate moment between Seo Jin (played by Ha Seok Jin) and Oh Ye Ji as they enjoy a romantic date making pottery together. Oh Ye Ji smiles lovingly at Seo Jin, and the two appear to be lost in their own world.

In stark contrast to the blissful couple, who is bathed in warm rays of light, the visibly unhappy Seo Hwan (played by Ji Soo) sits off to the side in the shadows as he tries not to look at the two of them. His high school uniform also hints at the fact that the drama’s tragic love triangle began early on in their lives, when Seo Hwan was still in grade school.

The producers of “When I Was the Most Beautiful” commented, “The poster that we released today captures the relationships and personalities of Im Soo Hyang’s, Ji Soo’s, and Ha Seok Jin’s characters. To find out how their precarious relationships play out in the drama, we hope that you will tune in and enjoy what is certain to be the epitome of a well-made romance drama.” 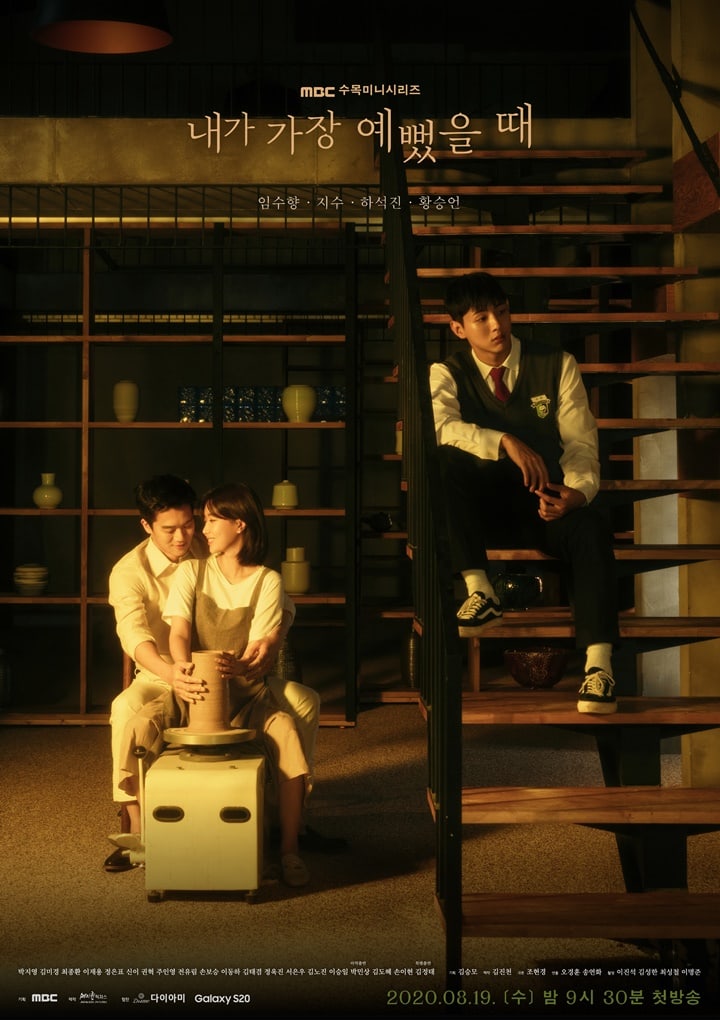 “When I Was the Most Beautiful” will premiere on August 19 at 9:30 p.m. KST. In the meantime, check out the first teaser for the drama here!