tvN’s new variety show “Summer Vacation” has shared an update on the house in which the show is filmed.

“Summer Vacation” is a new variety show from PD (producing director) Na Young Suk. It is a “home vacation” reality show about adults who enjoy an everyday vacation in an unfamiliar place to heal their tired minds and bodies. Featuring Jung Yu Mi and Choi Woo Shik, the show made its premiere on July 17.

After the premiere, however, viewers expressed concerns about the vacation home being similar to the traditional Japanese-style home with its attic, sliding doors, and the style of its ceilings. The concerns are related to the fact that Korea was made Japan’s imperial colony from 1910 to 1945. To modern-day Koreans, the colonial period is associated with harsh bans on Korean culture and language, as well as the use of Koreans as forced laborers and “comfort women” (sexual slaves) in World War II, contributing to modern-day negative sentiments toward Japan.

Colonial architecture also remains a point of contention in South Korea, exemplified by the Government-General Building. This was the seat of government for the Japanese colonial regime and a source of deep resentment among Koreans as it was deliberately built on the grounds of the Gyeongbok Palace, the main royal palace of the Joseon Dynasty. After the building was torn down in 1996, the palace was restored.

Following viewers’ concerns, the tvN production staff pledged to change the windows and doors of the house.

On July 24, they shared an update of the house on Instagram. In the caption, they wrote, “Hello, this is the production staff of ‘Summer Vacation.’ We are grateful for the feedback from the viewers, and with a humble mind, we have changed the exterior of the house. We have to use the footage we have until episode three, so we will be able to show the new house on broadcast around episode four. We will also work hard to edit the footage in episodes two and three to minimize discomfort. Once again, we apologize for the issue and we will be more careful in future.”

The new photo shows that the house’s roof has been repainted red and that the sliding wooden doors and windows have been replaced with more modern frames. 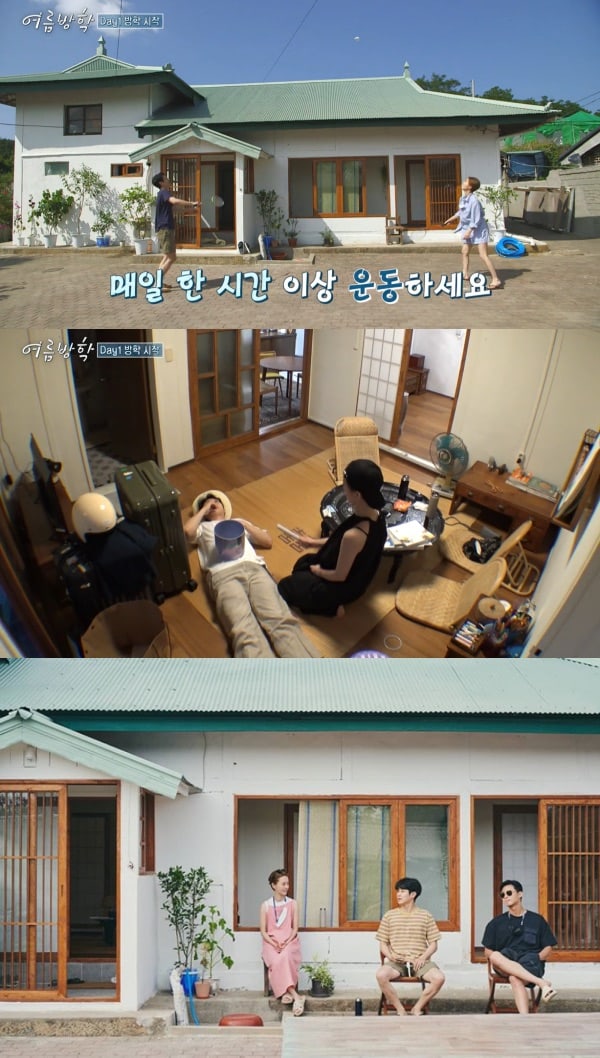 Summer Vacation
How does this article make you feel?