Jeon So Nee Talks About Letting Go Of Her “When My Love Blooms” Character, Acting In A Remake, And More

Jeon So Nee recently participated in a pictorial for Marie Claire.

In the accompanying interview, she talked about her career thus far, including the tvN drama “When My Love Blooms,” her upcoming role in the Korean remake of a Chinese film, and more. 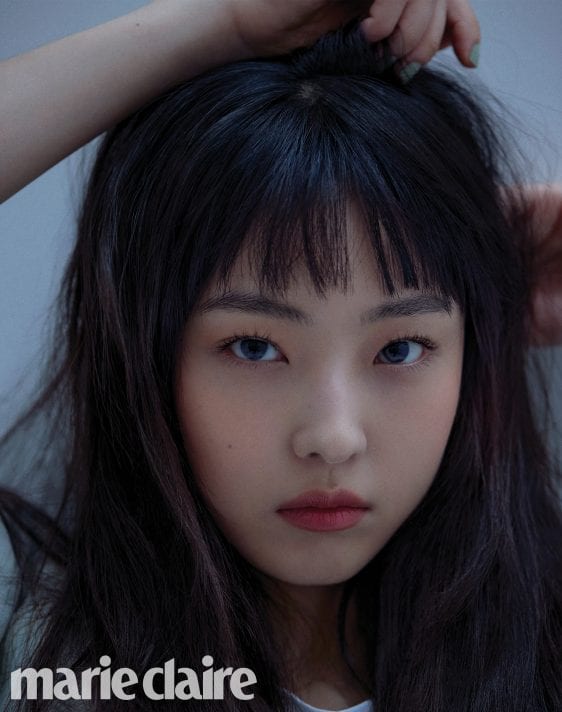 Jeon So Nee said, “I like quiet hobbies. I like to watch things, listen to things, and read things. These days, I’m trying to go to the movie theater more often. I bought DVDs for films that I couldn’t watch in theaters. I saw the film ‘Blue Gate Crossing’ yesterday. It’s a really good movie. After seeing it, I wanted to go traveling. The characters are also really appealing. I also read a book called ‘Morning Piano’ [literal translation]. A close colleague recommended it to me by saying that it would be a gift for Ji Soo from ‘When My Love Blooms.’ It’s a collection of words from the philosopher Kim Jin Young when he was sick.”

She continued, “I am still trying to let go of Ji Soo. If you ask me if I always take so long to let a character go, I haven’t acted in many projects yet, so I would find it hard to answer. I’m trying various things in order to let go of Ji Soo. I’m watching a lot of movies and films in order to stop thinking about her. The things that linger the most are the director, the production staff, and the other actors. It’s hard to explain the feeling. But I also laugh at myself. It seems like I get really attached to the characters I play. It feels like I have a one-sided crush on them.” 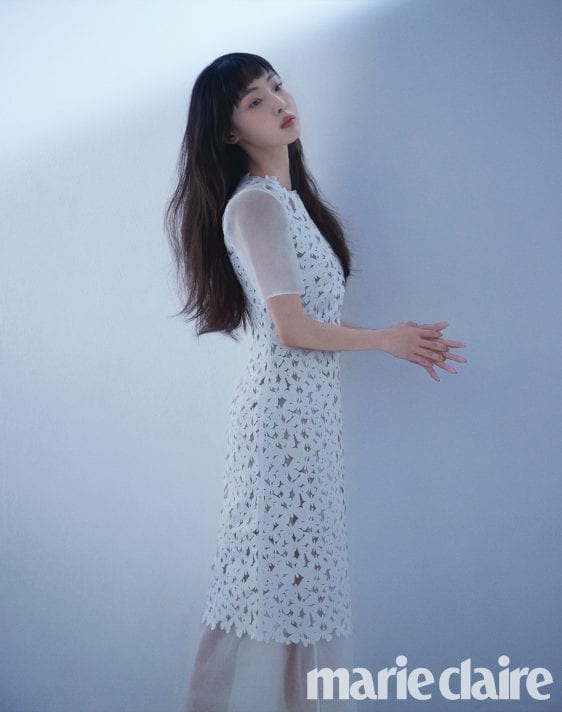 When she was asked if the job of ‘actor’ was exactly as she had pictured it at the start, she replied, “I think I’m getting to know my job a bit better. I’m starting to change the way I see things. In the past, I was happy and had fun while acting, but now I’m not so carefree. In the past, I only thought about acting, and didn’t know the other details about this job. I’m slowly learning, so I’m a little scared. I want to learn how to be healthy while doing this job. I don’t know the answer, but I’m trying to do well so that I don’t hurt my mind or thoughts. I think I’m worried because I’m not a very steady person. I want to become someone who is steady but flexible enough to continue being a good actor.” 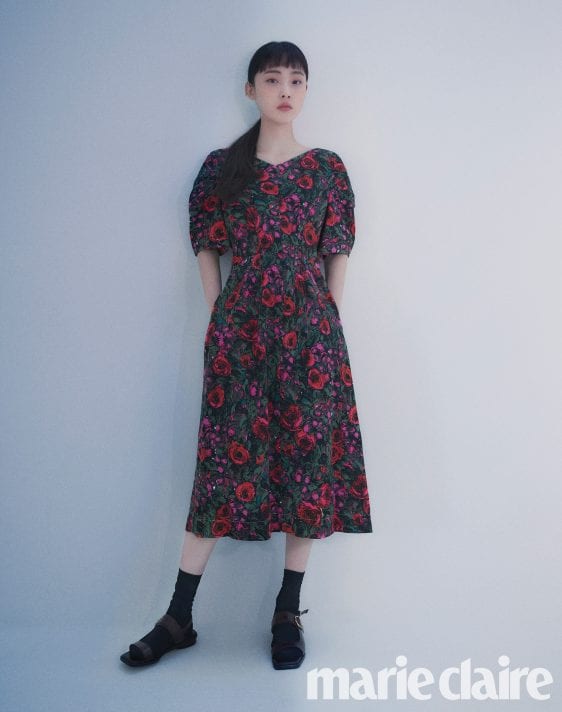 About her upcoming remake film, she said, “I really liked the film when it came out [in China]. It’s a very emotional and affective film. On one hand, it deals with minor emotions, but it is relatable to the public. Instead of being able to relate to a lot of people in a shallow way, the film allows you to relate to a small number of people in a deep way. The two actors are also really good at acting. With every scene, you want to rewatch it multiple times. You could really feel the detailed emotions that the two exchanged at their confusing age. It’s a film that you can’t help but love. It won’t be easy for an actor to recreate, but that’s why I feel ambitious to do it. I want to do it well because I love the original so much. I hope that it will remain in the hearts of Koreans as a good female film. Ah, but I don’t intend to get too ambitious. Then I’ll be swallowed up by it.”

Watch Jeon So Nee in “When My Love Blooms” on Viki below!

Marie Claire
Jeon So Nee
How does this article make you feel?