Watch: Red Velvet’s Irene And Seulgi Pair Up With Kang Ho Dong And Shindong To Teach Them Their “Monster” Dance

Red Velvet’s Irene and Seulgi were the latest guests on the “Ask Us Anything” spin-off show!

“After-School Activities” (literal translation) is a spin-off of JTBC’s “Ask Us Anything” where each cast member learns new skills through after-school classes. First up is Kang Ho Dong, who is currently attempting to learn how to dance like an idol from Super Junior‘s Shindong, most recently pulling off choreography like EXO‘s “Growl.”

While discussing dance duos, Kang Ho Dong and Shindong welcomed Red Velvet’s Irene and Seulgi as their teachers for the day. Since they’re known for their high-energy choreography, Shindong asked the Red Velvet members how hard the dance for “Monster” was.

Seulgi explained, “It’s not hard. However, we have to dance like twins,” meaning they have to be perfectly in sync while mirroring one another’s movements. 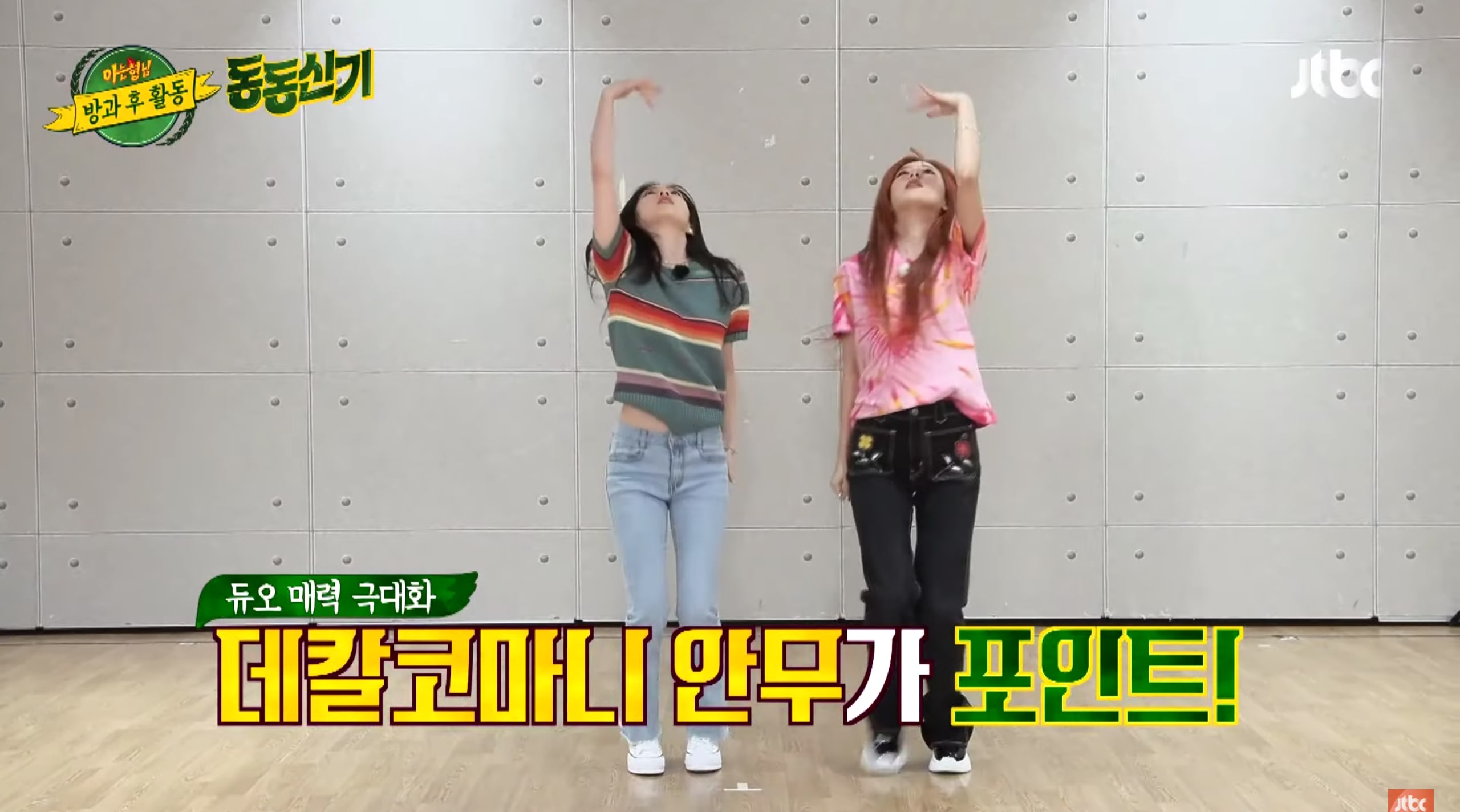 Irene added, “It’s confusing,” as they shared that they switch sides during the second verse and ultimately have to memorize both parts. 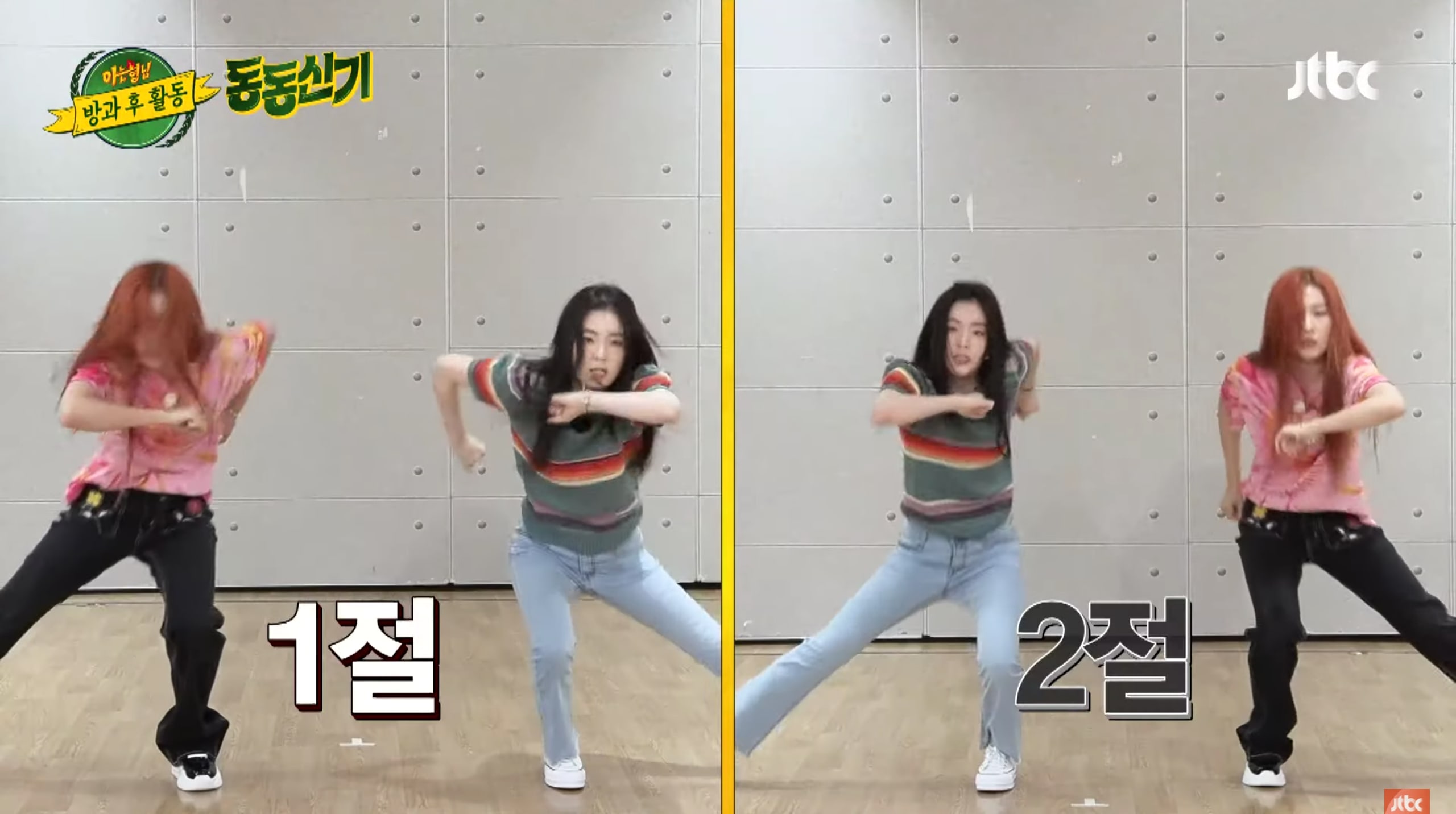 They assigned Seulgi’s parts to Kang Ho Dong and Irene’s to Shindong, and the Super Junior member jokingly commented, “Even while dancing, Irene’s kind of like, ‘Am I doing it right?'” 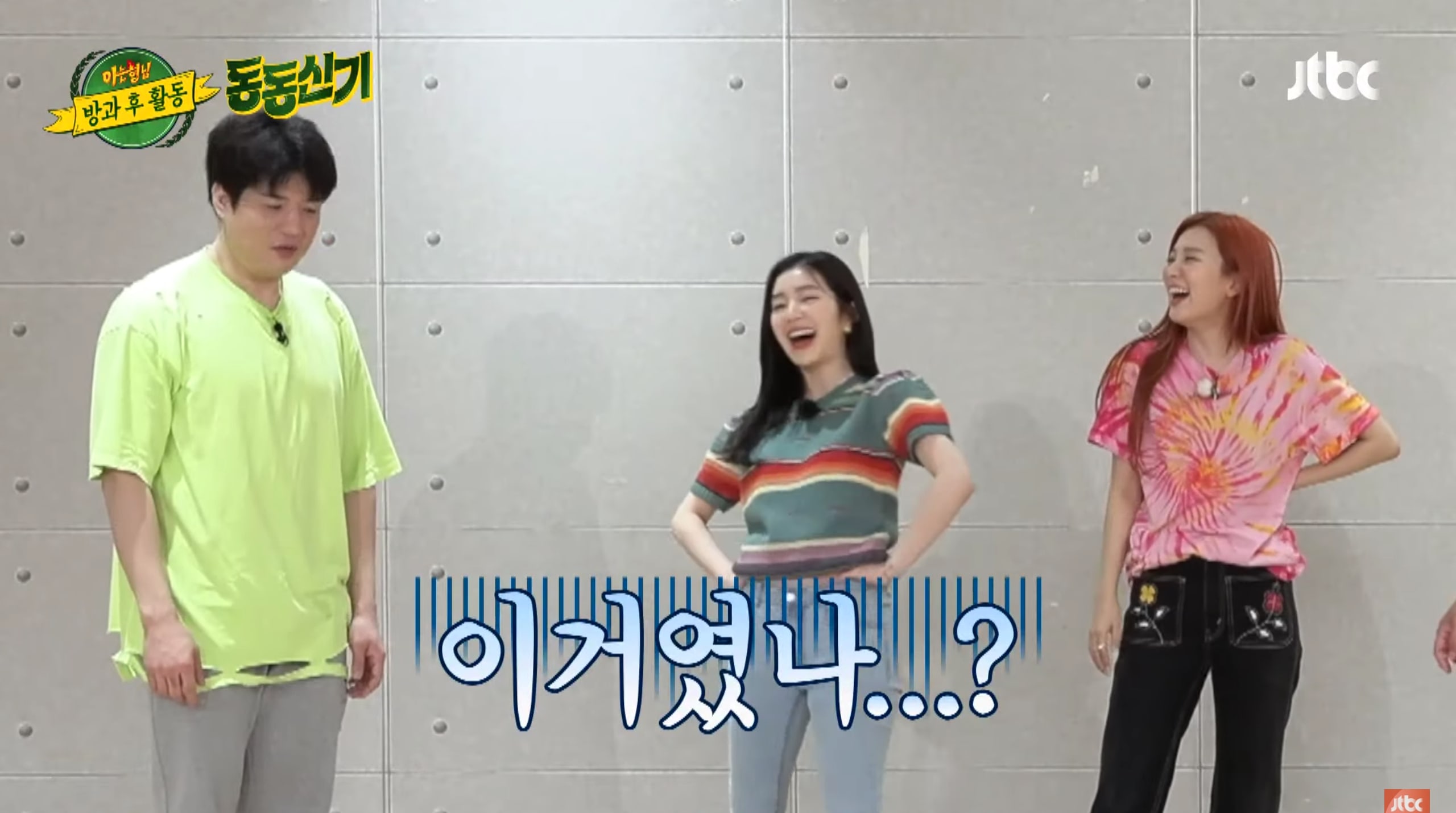 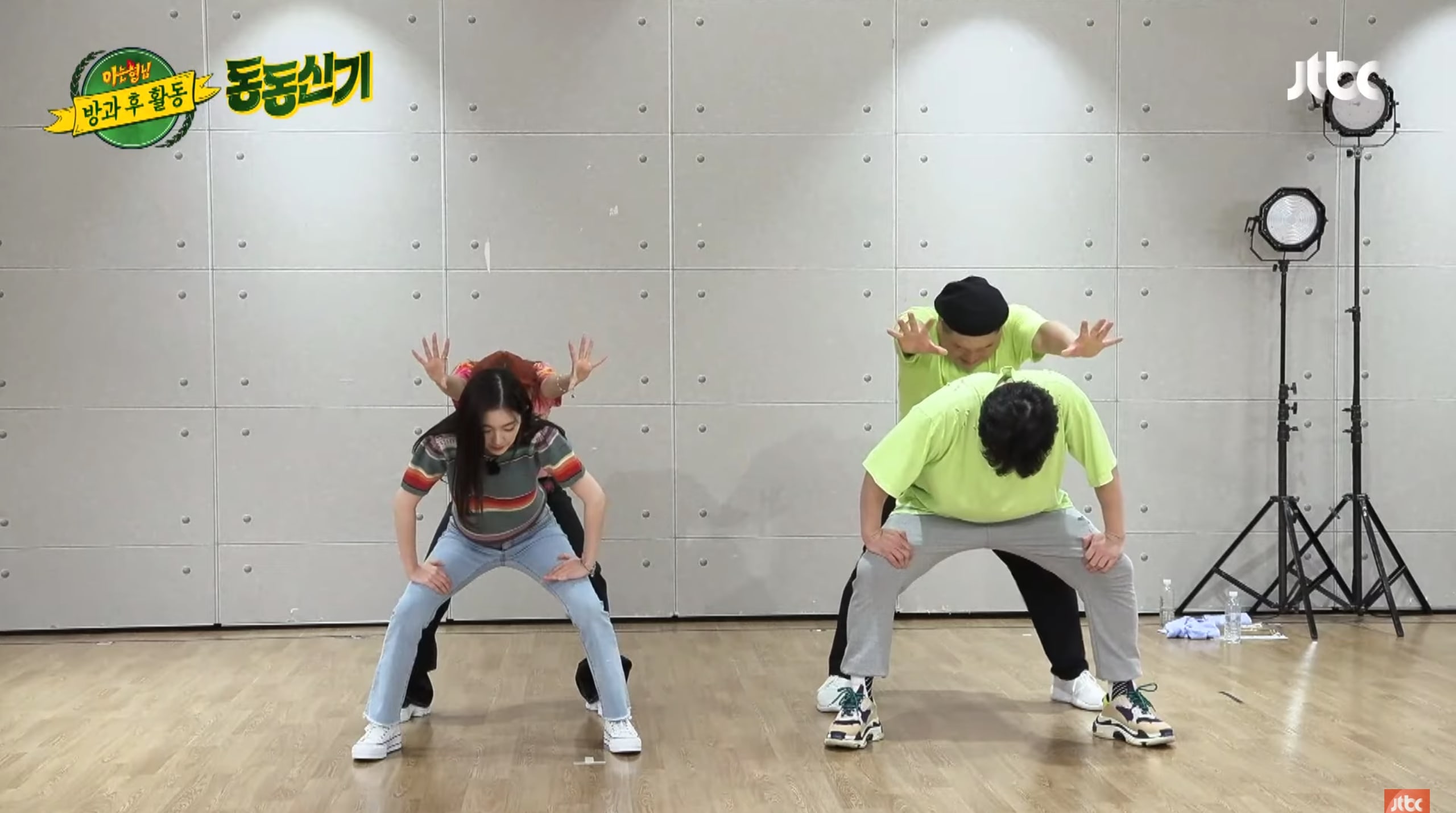 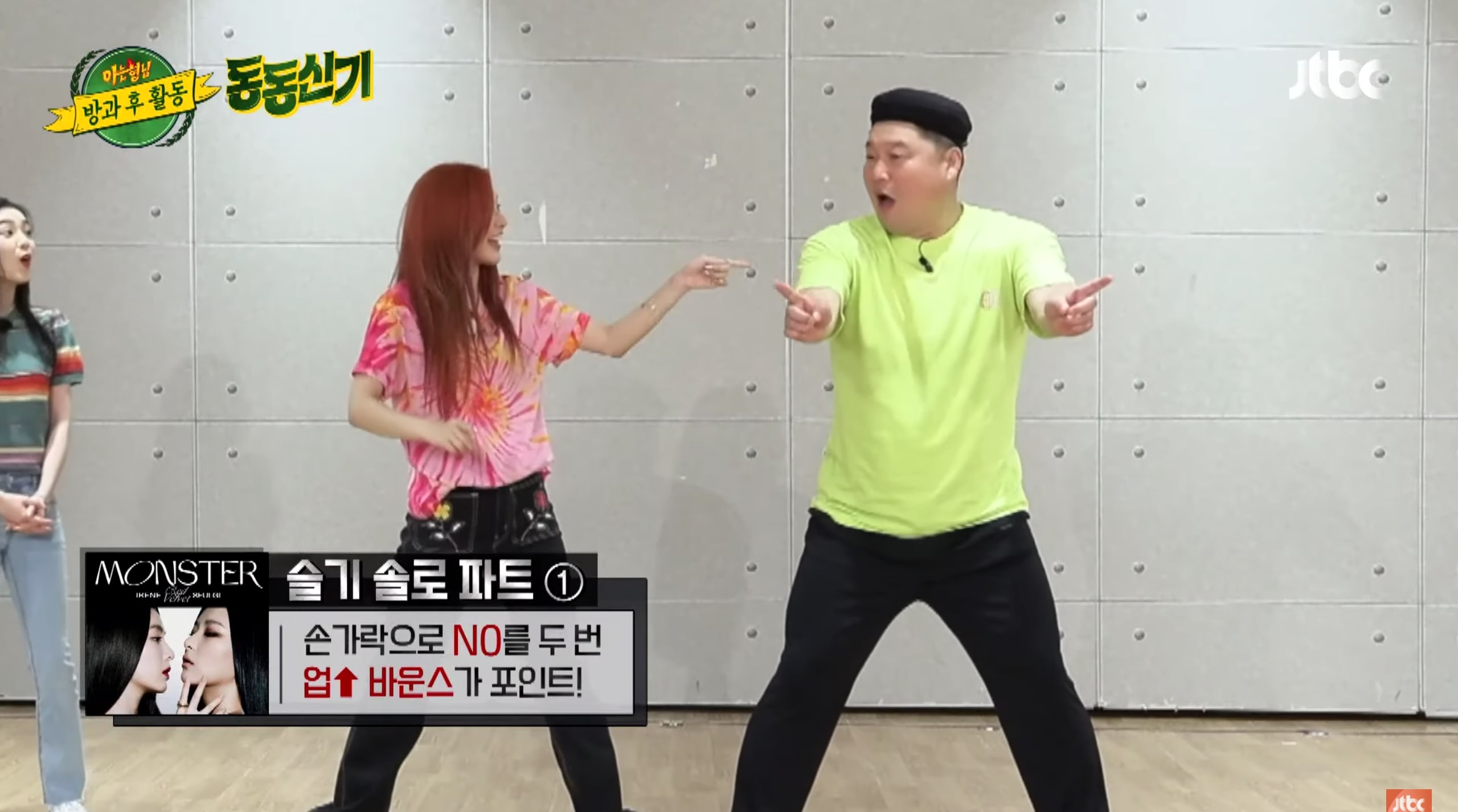 Shindong’s previous comment hilariously proved right when Irene couldn’t remember whether there was more to her solo part or not. 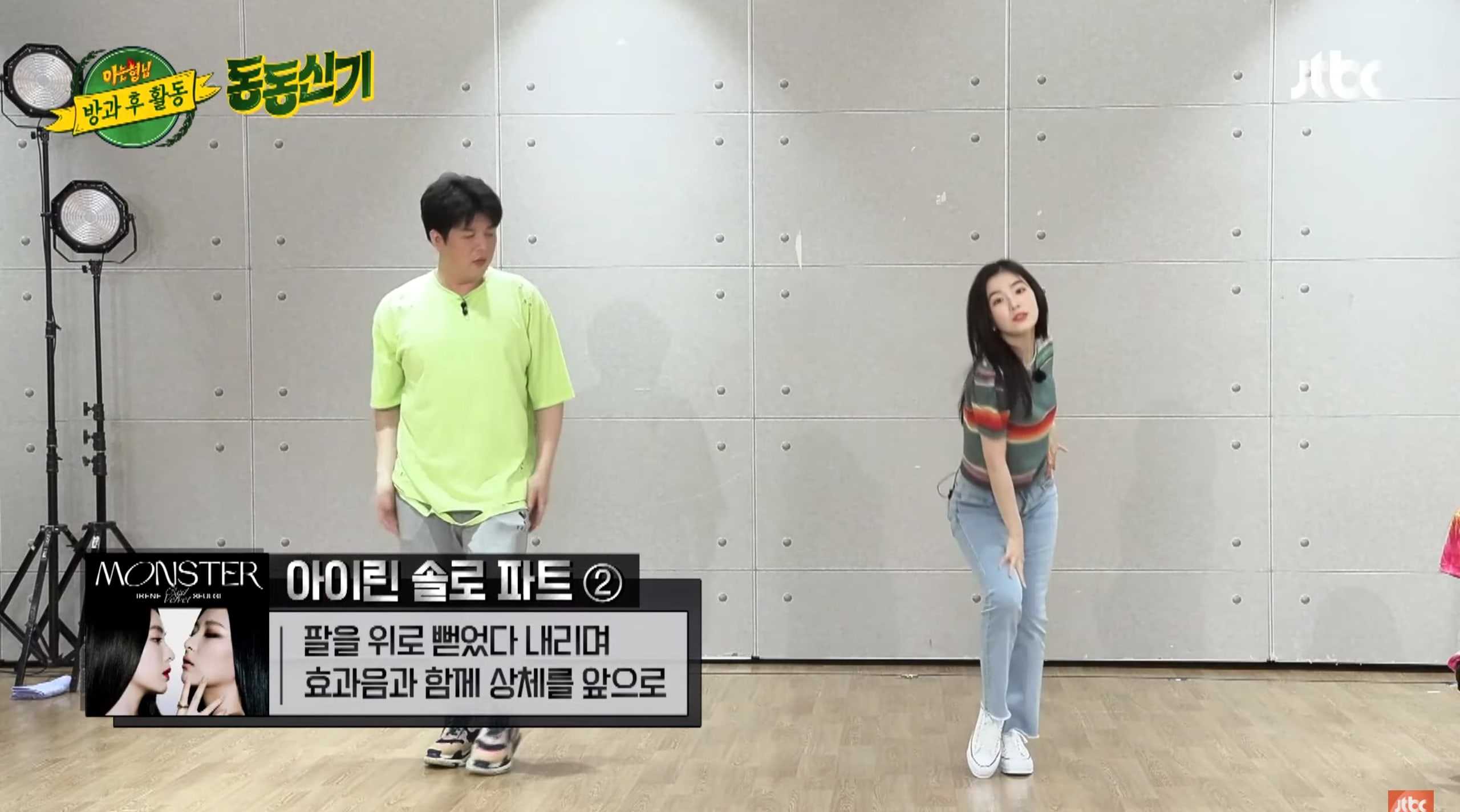 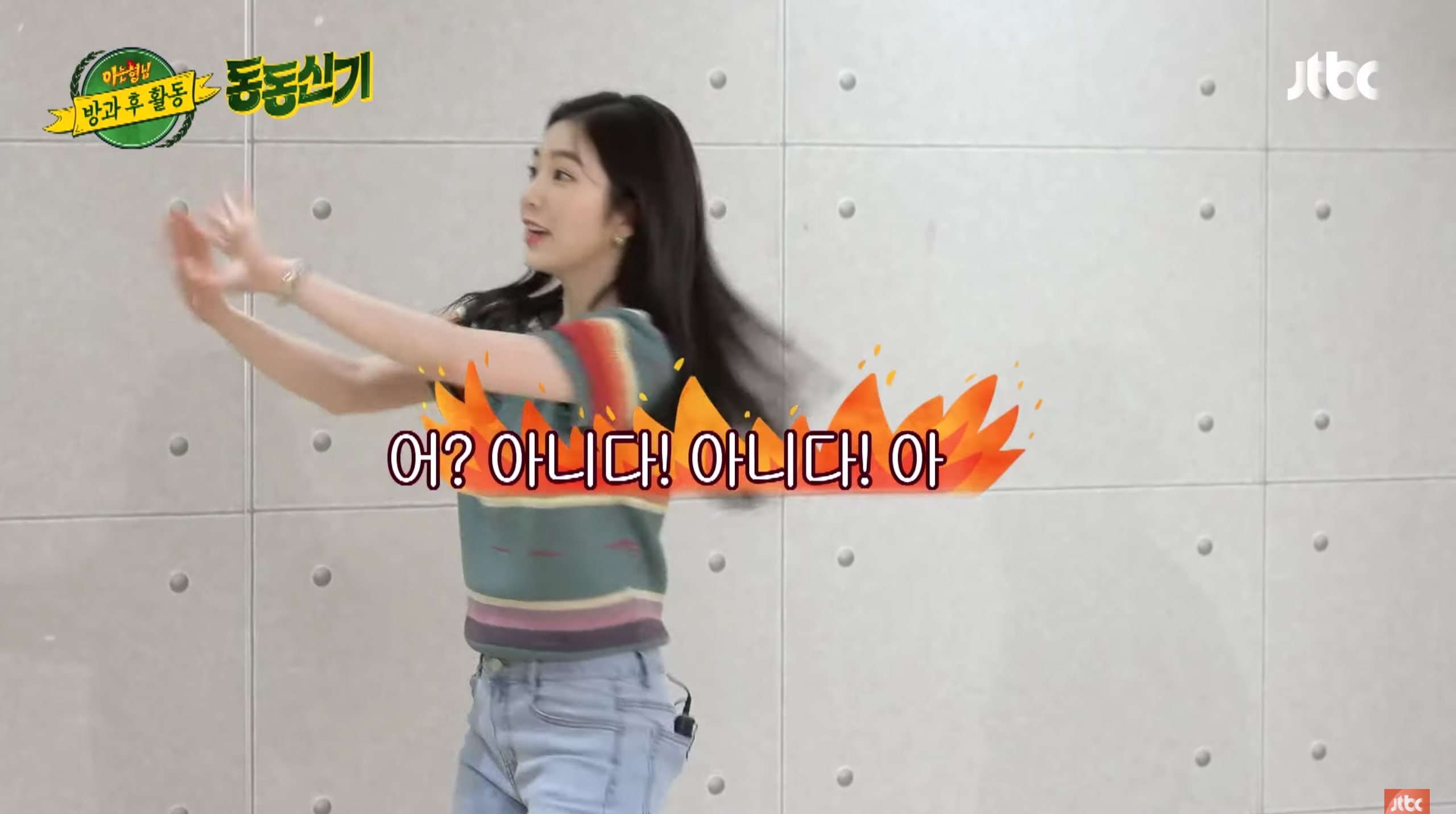 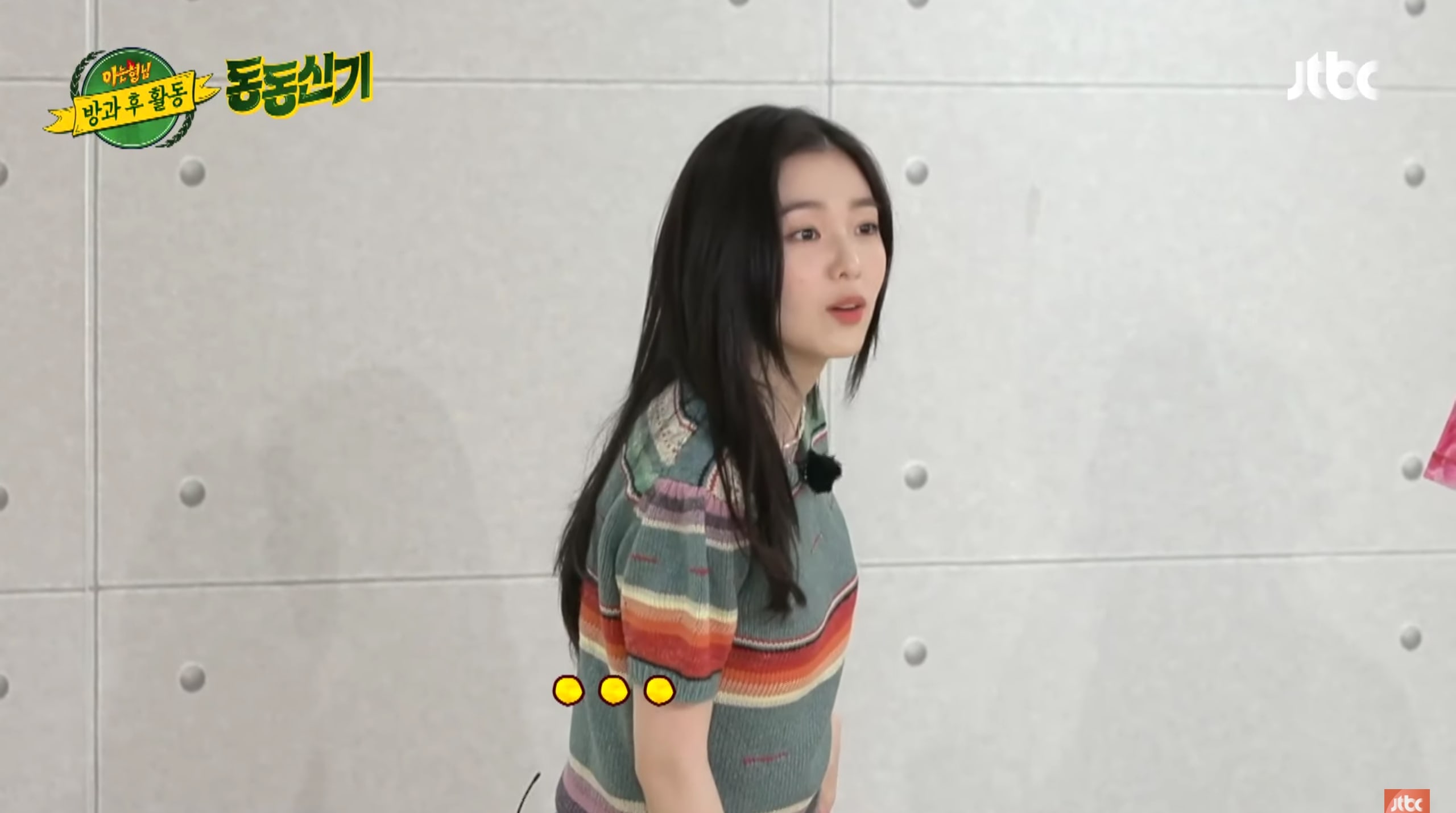 While practicing the “marionette” part of the dance, Shindong accidentally made Kang Ho Dong fall over. Kang Ho Dong hilariously requested the producers to edit his fall out, calling it ugly, and sluggishly got back up after he realized everyone else had already begun discussing the choreography again. 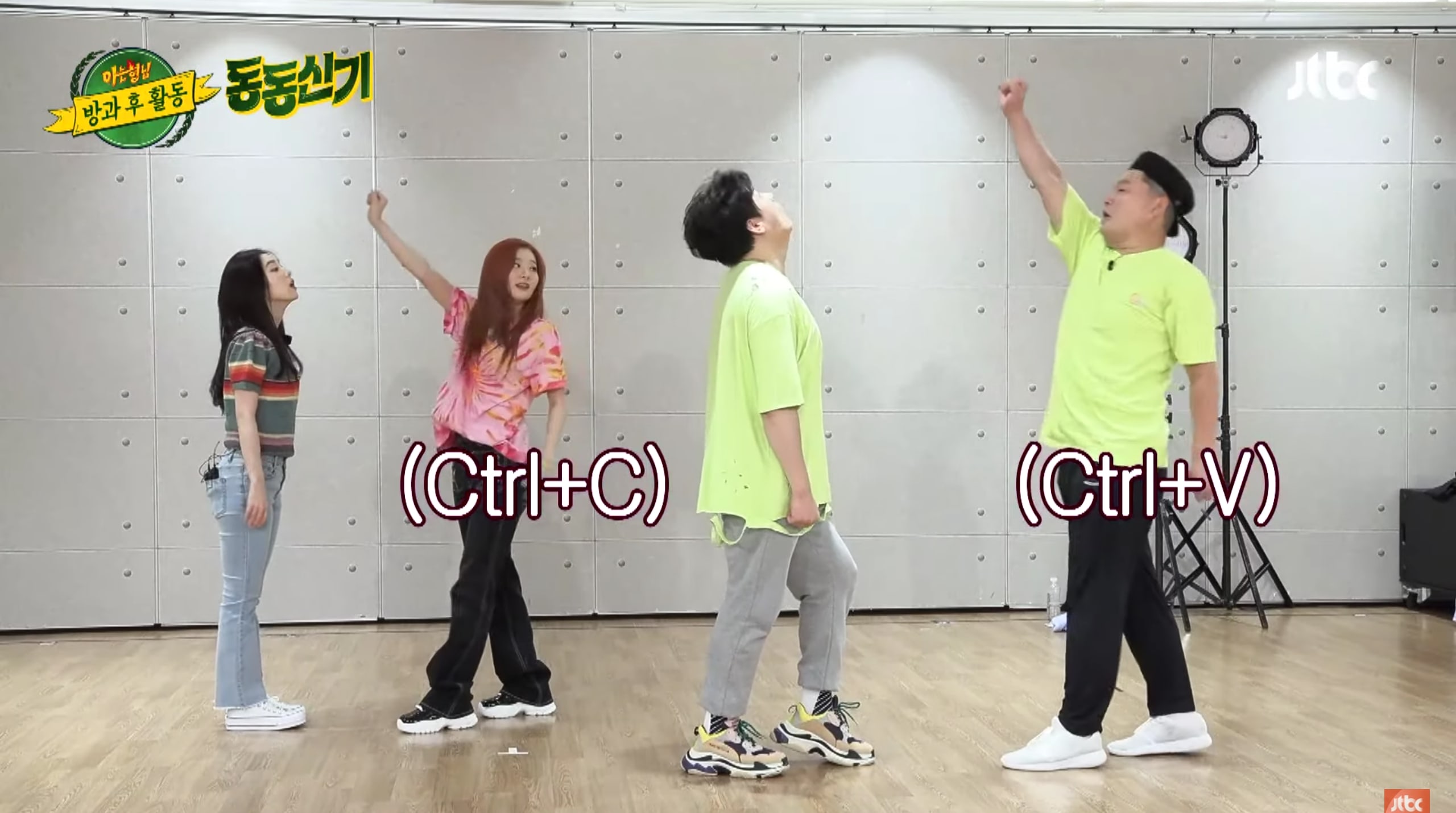 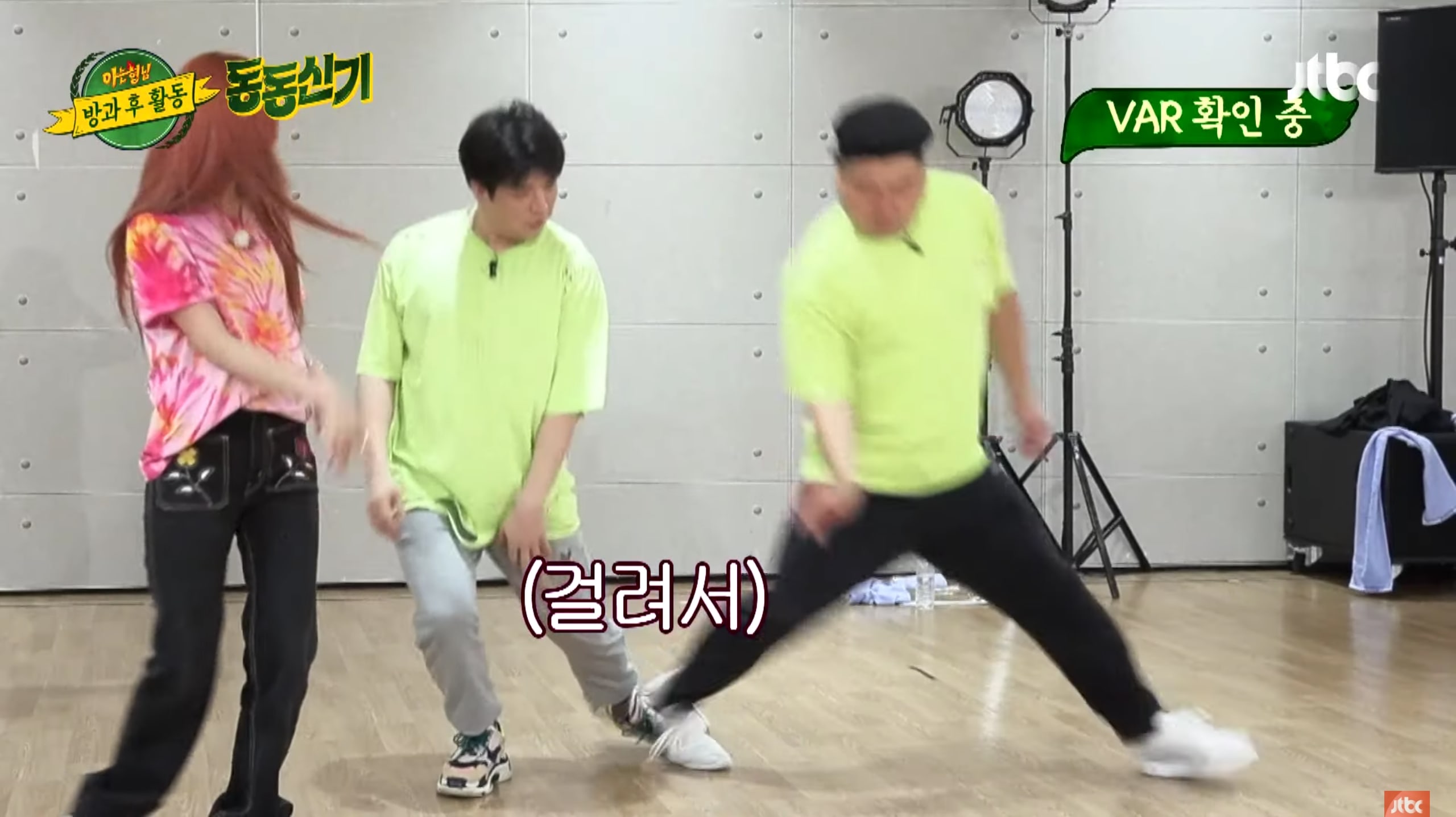 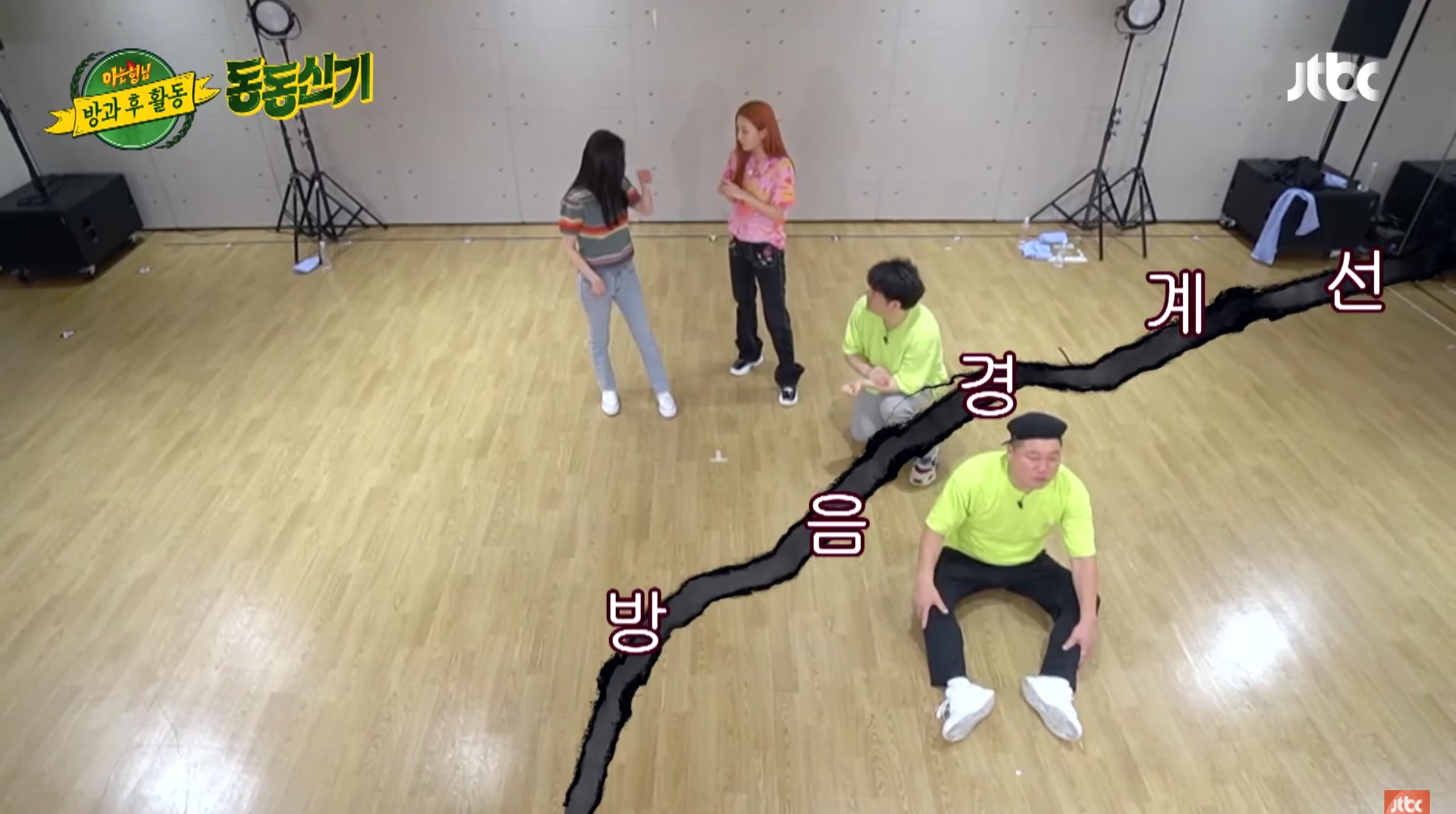 Also watch a recent episode of “Ask Us Anything” below: