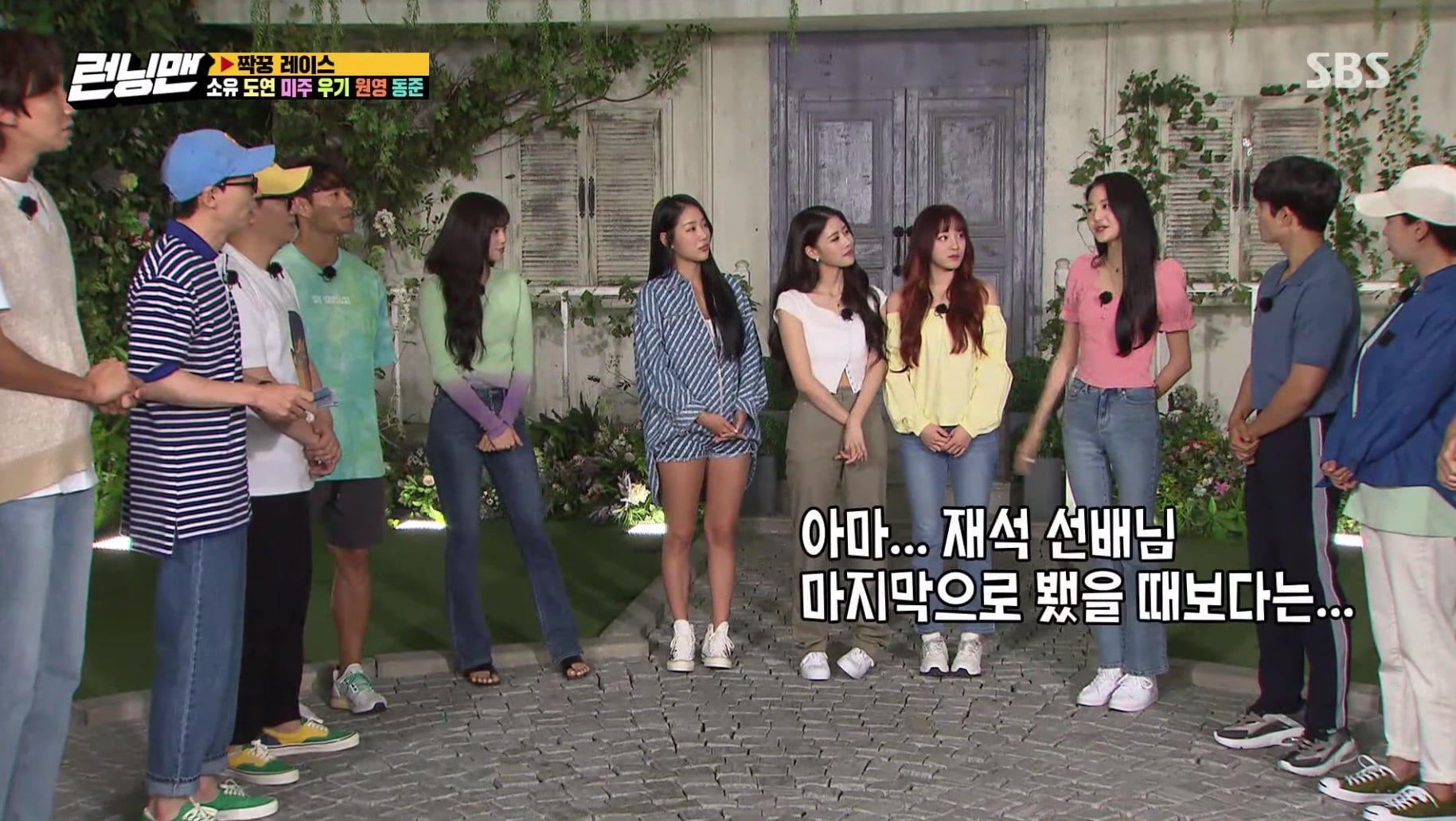 Jang Won Young was noticed for her height and Yoo Jae Suk asked if she’d grown. Jang Won Young said, “I think I’ve grown about 2-3 cm (about 0.80-1.20 inches) since the last time we met.”

HaHa joked, “Jang Do Yeon should be cautious.” Lee Kwang Soo tried to get in a quip of his own, saying, “I am also cautious right now,” but Yoo Jae Suk shushed him. 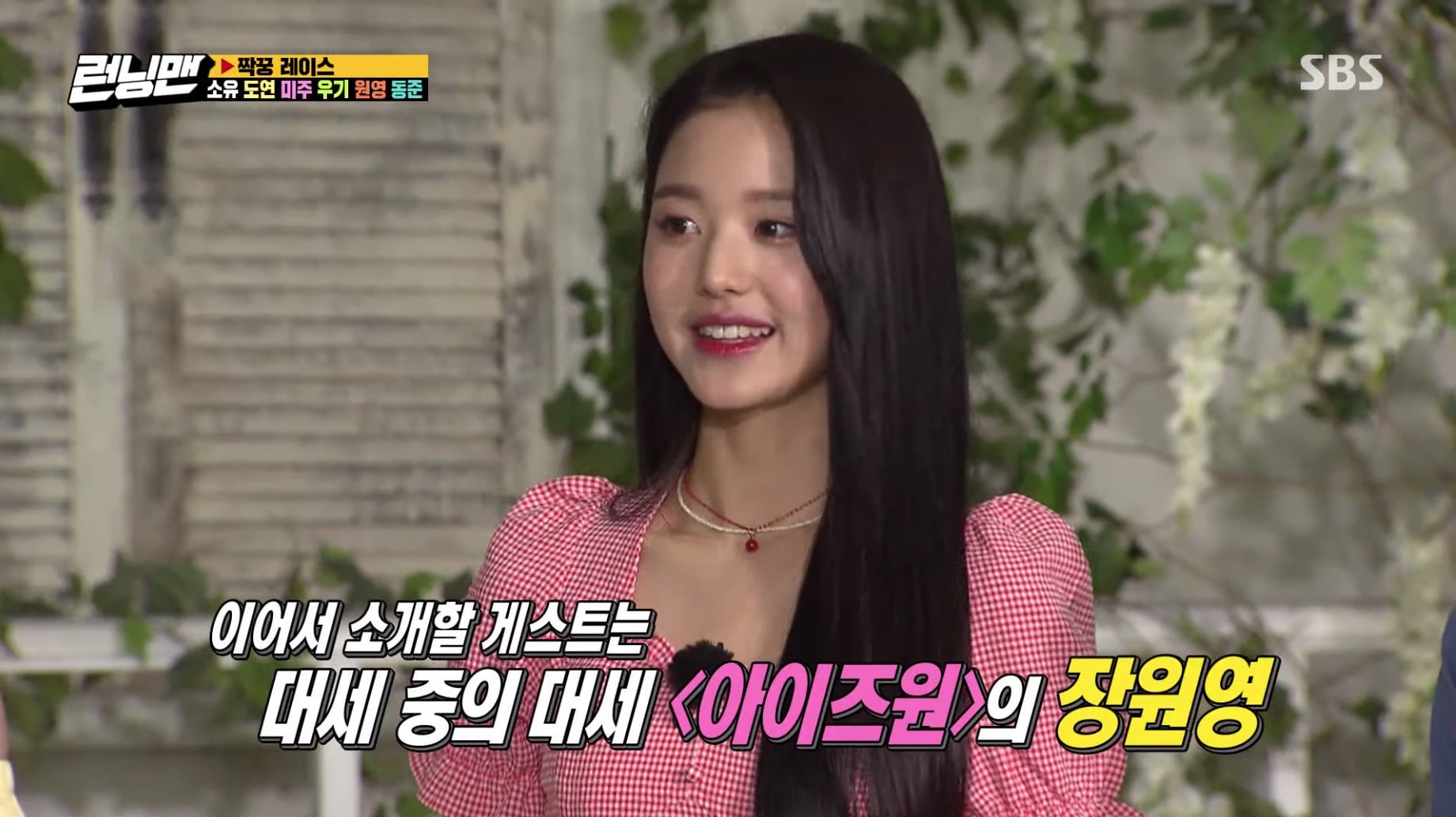 Asked if she got stressed about her height, she said, “I get asked about it a lot. I wasn’t stressed about it before, but now it’s a small source of stress. People often say to me, ‘Are you still growing?’ and ‘You’ve gotten taller.’ This is everything that [Yoo Jae Suk] just said to me now…”

Yoo Jae Suk quickly apologized to her and said, “I had a hard time recognizing her because of how much she’d grown.” 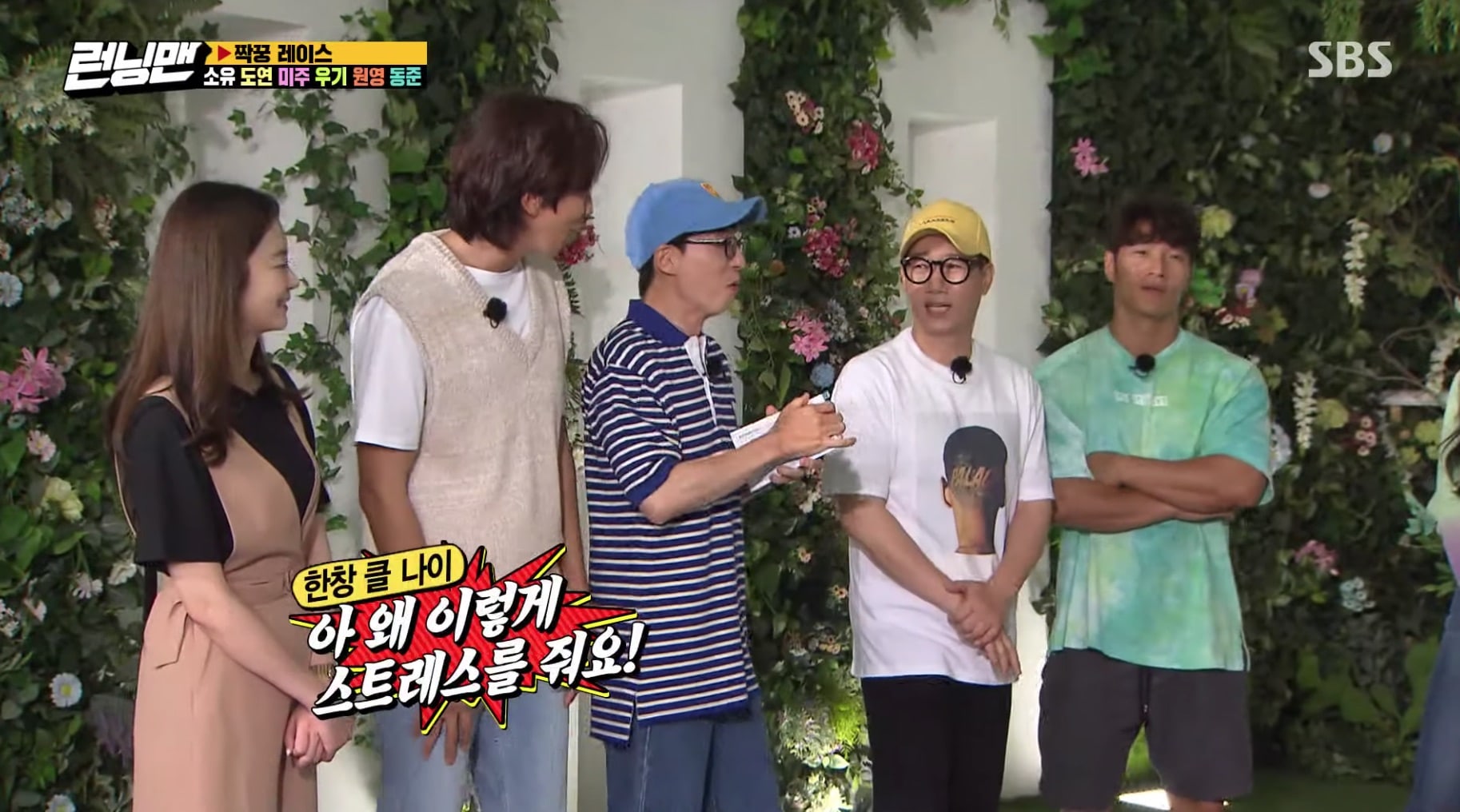 Jang Won Young then showed how she changed her facial expressions during her dance performances.

Watch an episode of “Running Man” on Viki below:

Jang Won Young
Running Man
IZ*ONE
How does this article make you feel?