Park Na Rae and Jang Do Yeon appeared as this week’s masters on the latest episode of SBS’s “Master in the House”!

While preparing a meal together, Jang Do Yeon explained to Lee Seung Gi and Cha Eun Woo that she intentionally does not spend much time cooking. She shared, “I did prepare a lot today, but I’m honestly not very good at cooking. If I waste time because I mess up, it just takes up energy, so I spend that time on self-improvement. I use that time for myself.” 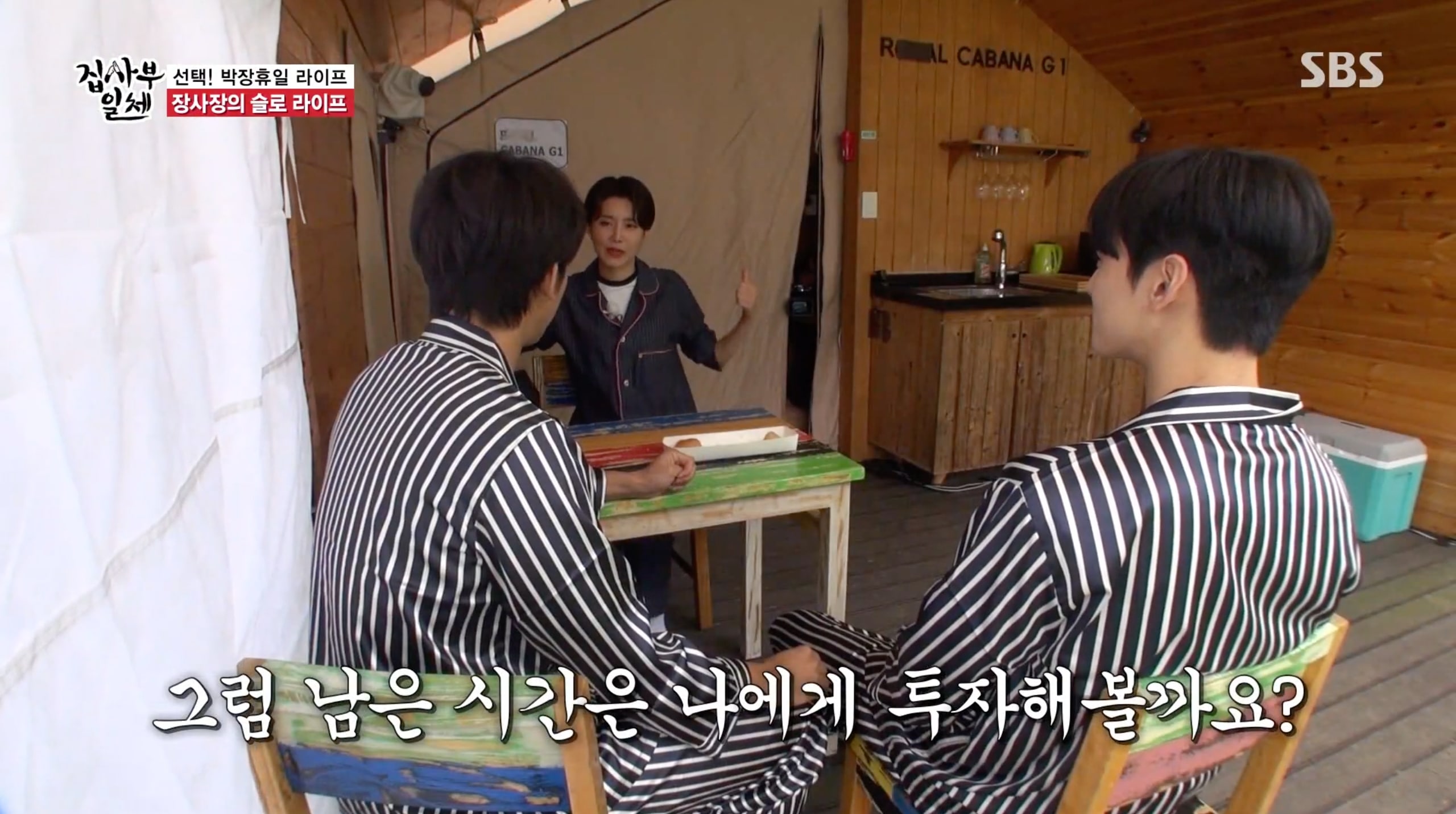 Referring to Park Na Rae’s tent, where the other comedienne was cooking with the remaining “Master in the House” cast members, she commented, “Over there, the cooking is going to take a long time. Here, it will take a maximum of three minutes and 30 seconds.” 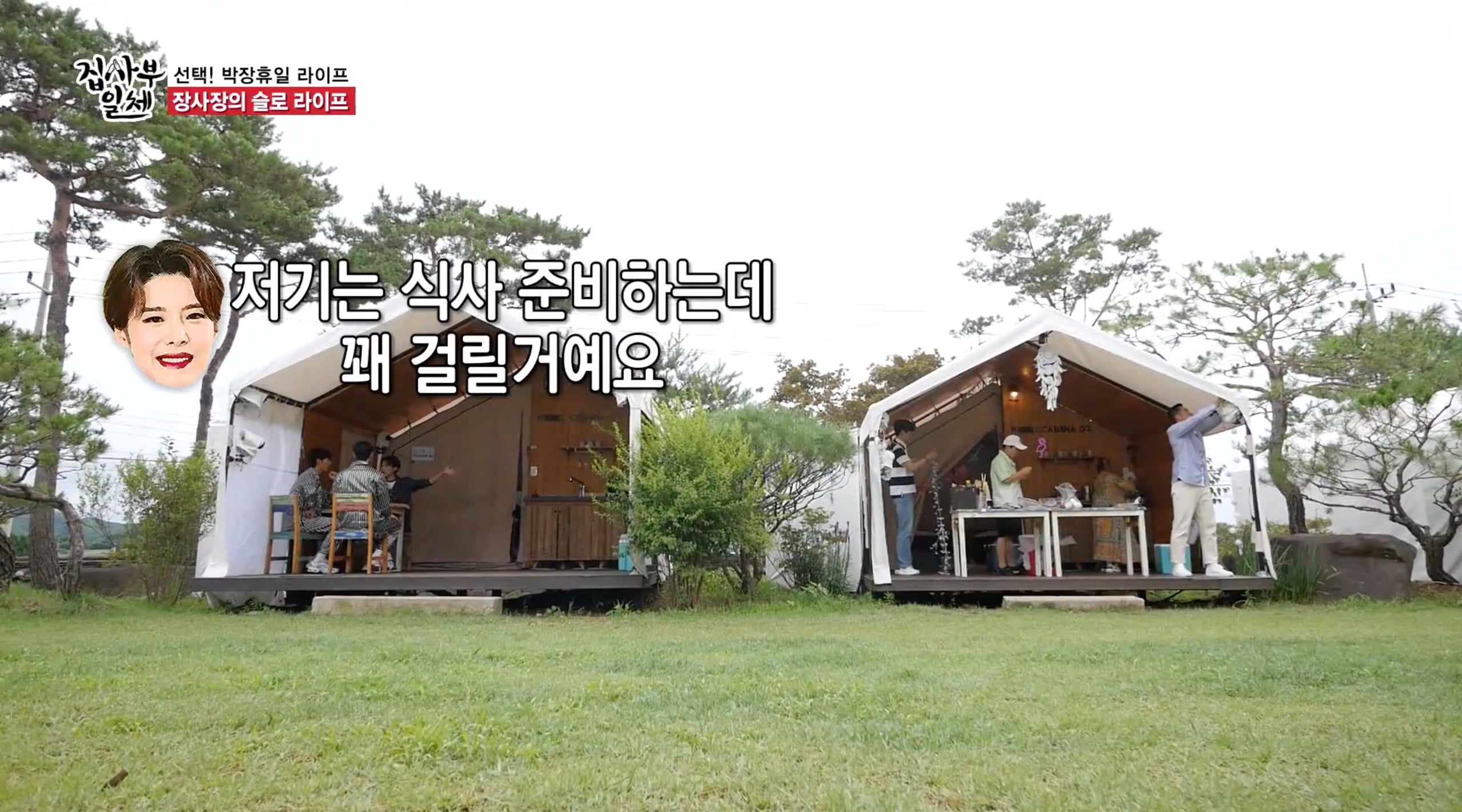 While Park Na Rae was busily cooking, Shin Sung Rok asked her, “Since you’re so busy, do you even have the energy to go camping on your day off?”

Park Na Rae responded, “I’m someone who can’t really rest. This still applies now, but when I didn’t have work in the past, even if I had one day off, I would go take a class on flower arrangements, dancing, pole dancing, Japanese, or DJing. I like stuff like that. I’m someone whose self-esteem goes down if I rest.” 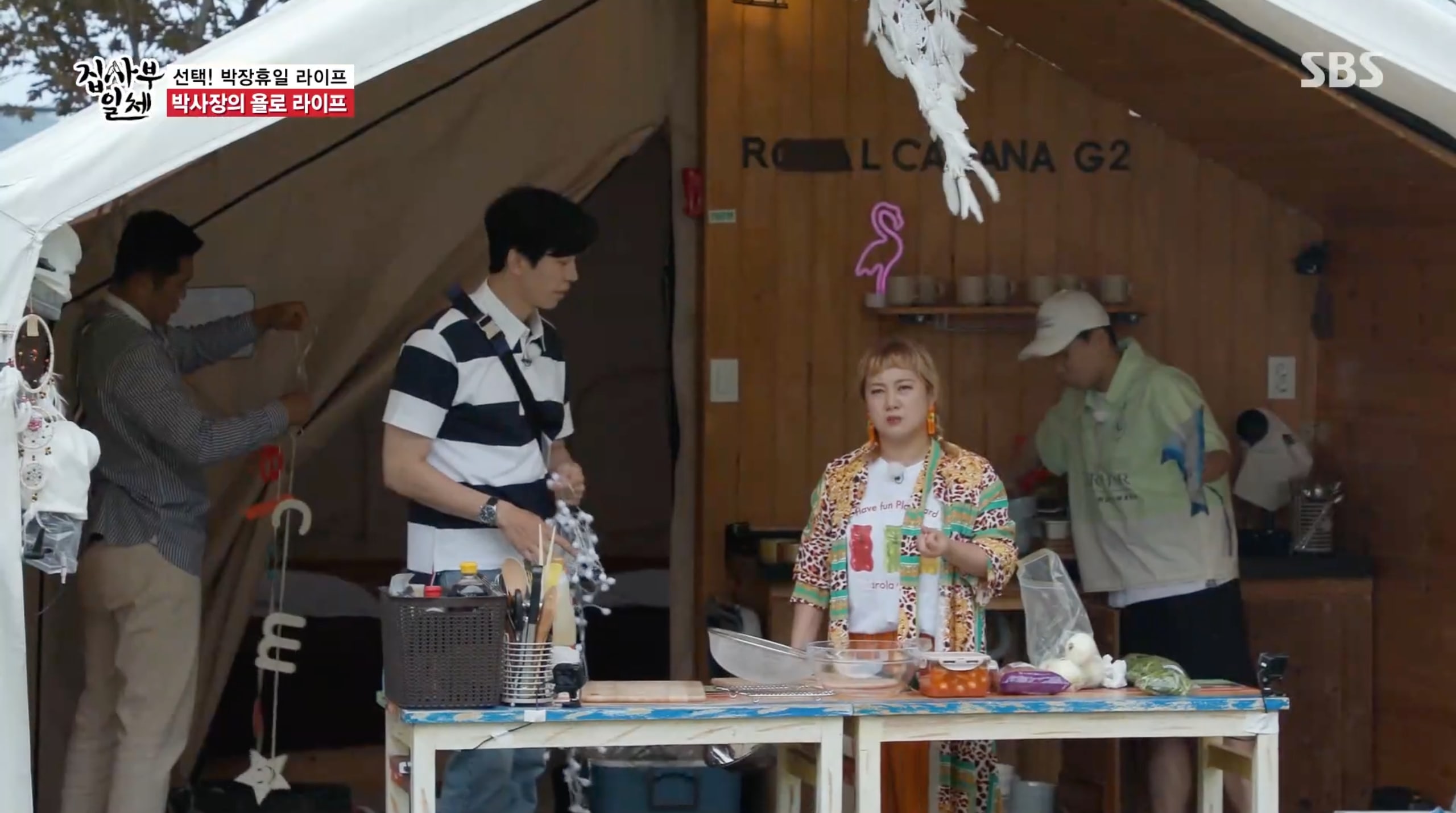 She also shared her philosophy on food, saying, “Even if you only eat one meal, don’t eat something like [animal] feed, but eat a good meal with luxurious plating for your self-esteem and your satisfaction.”

Park Na Rae continued, “Like an emperor! What’s the difference between an emperor and a beggar? Depending on how you treat yourself, you can become an emperor or a beggar.”

After Park Na Rae’s team finished up their sweet and sour rockfish and pork wraps, the two groups came together to enjoy their meal. 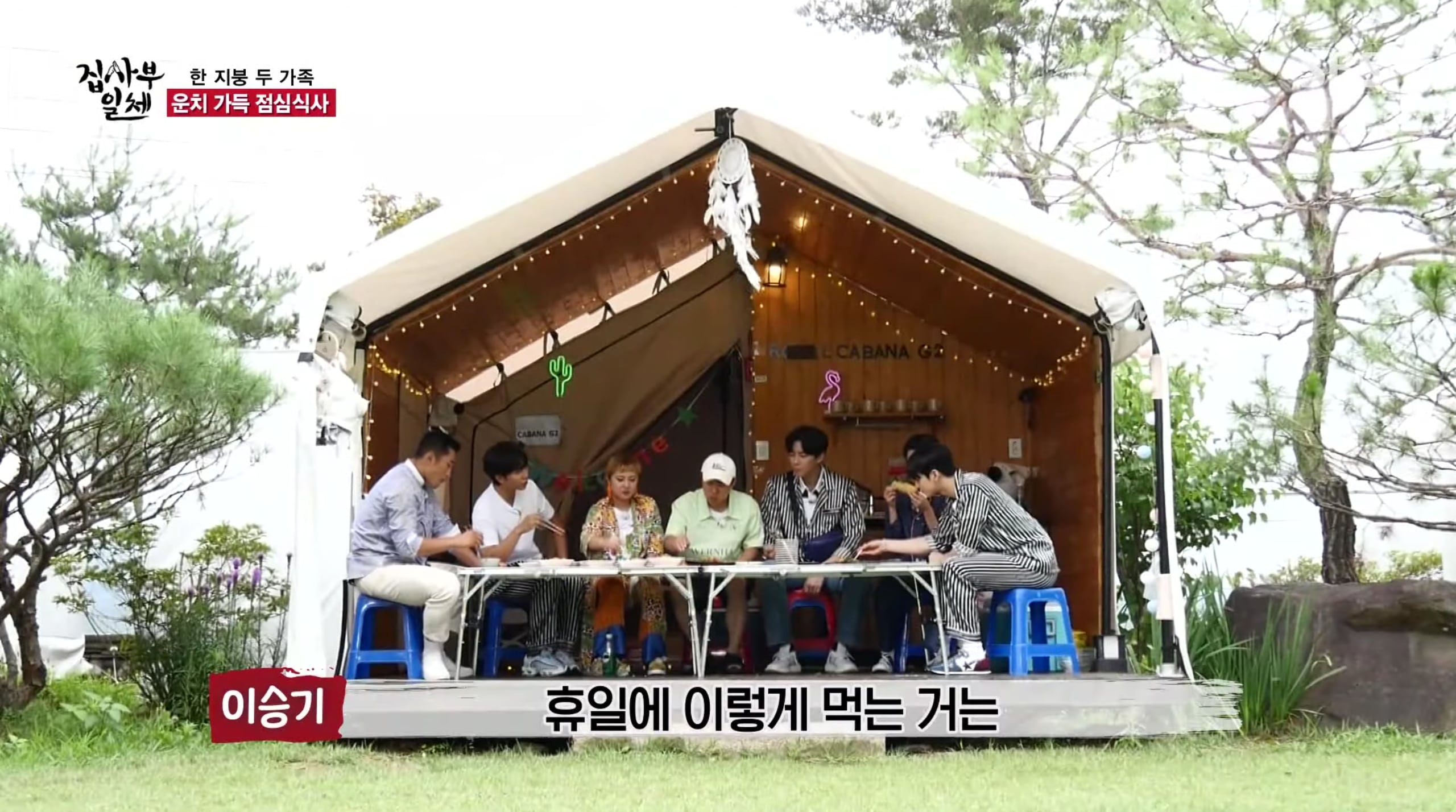 Lee Seung Gi commented that cooking to this extent on a day off seemed really exhausting, but Park Na Rae replied, “This is just my life.”

When asked how she got into cooking, Park Na Rae shared, “It took a really long time for me to become famous. Do Yeon and I would always be planning out comedy skits, but we would have no money even if we were hungry. I gradually got better at cooking as I started making little side dishes to enjoy with drinks.”

Recalling their family members’ reactions, Park Na Rae continued, “We thought we were working hard, but our family members would ask, ‘Na Rae, when are you going to appear on TV?’ My mom kept telling me to prepare for the test to become a government employee.”

Jang Do Yeon added, “My mom kept telling me to quit too.” Park Na Rae shared, “It’s only looking back now that we see it as the time we spent unknown to the public. Back then, I was so happy to even appear for a split second as an extra in a senior comedian’s skit, just to see how they acted and interacted with each other.” 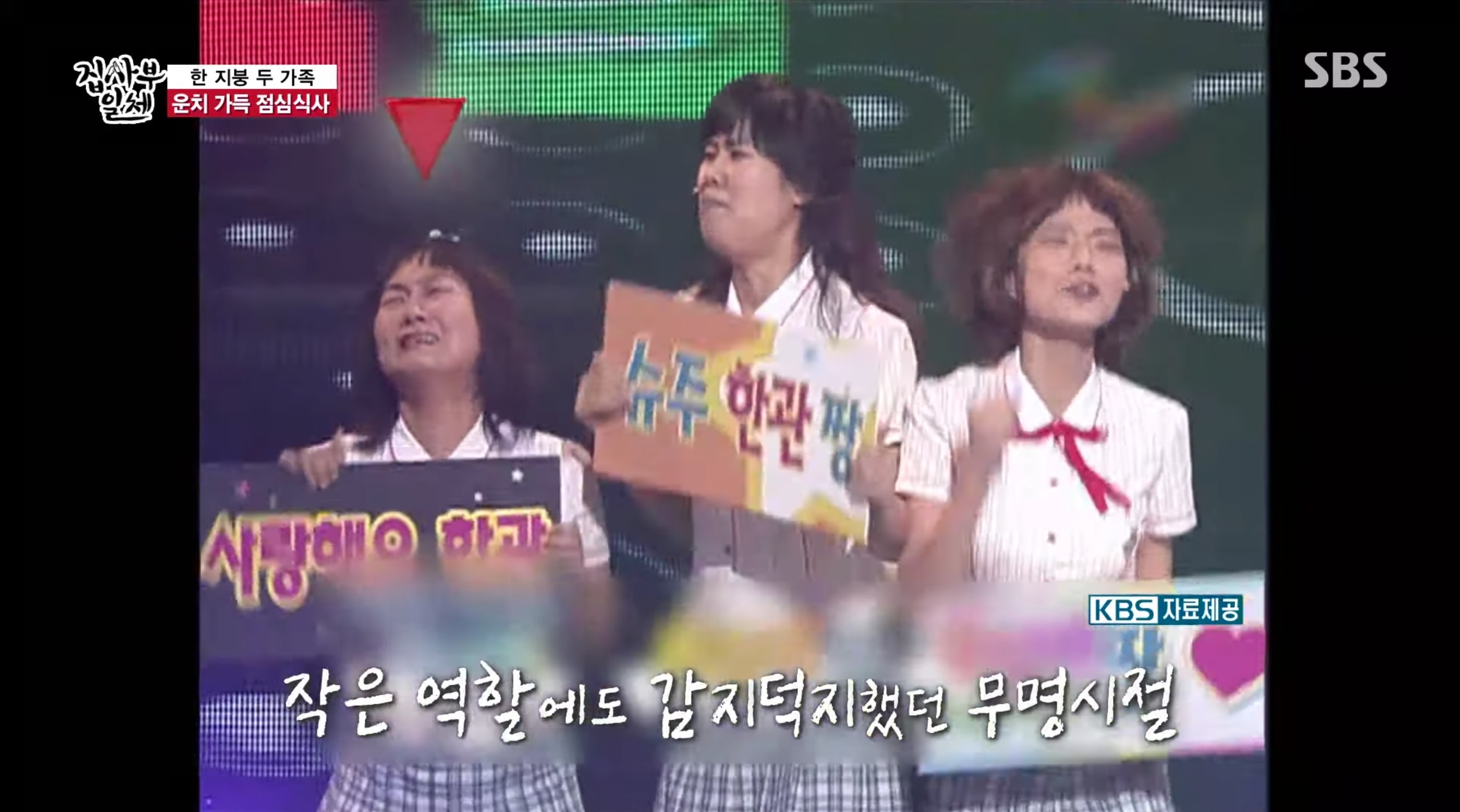 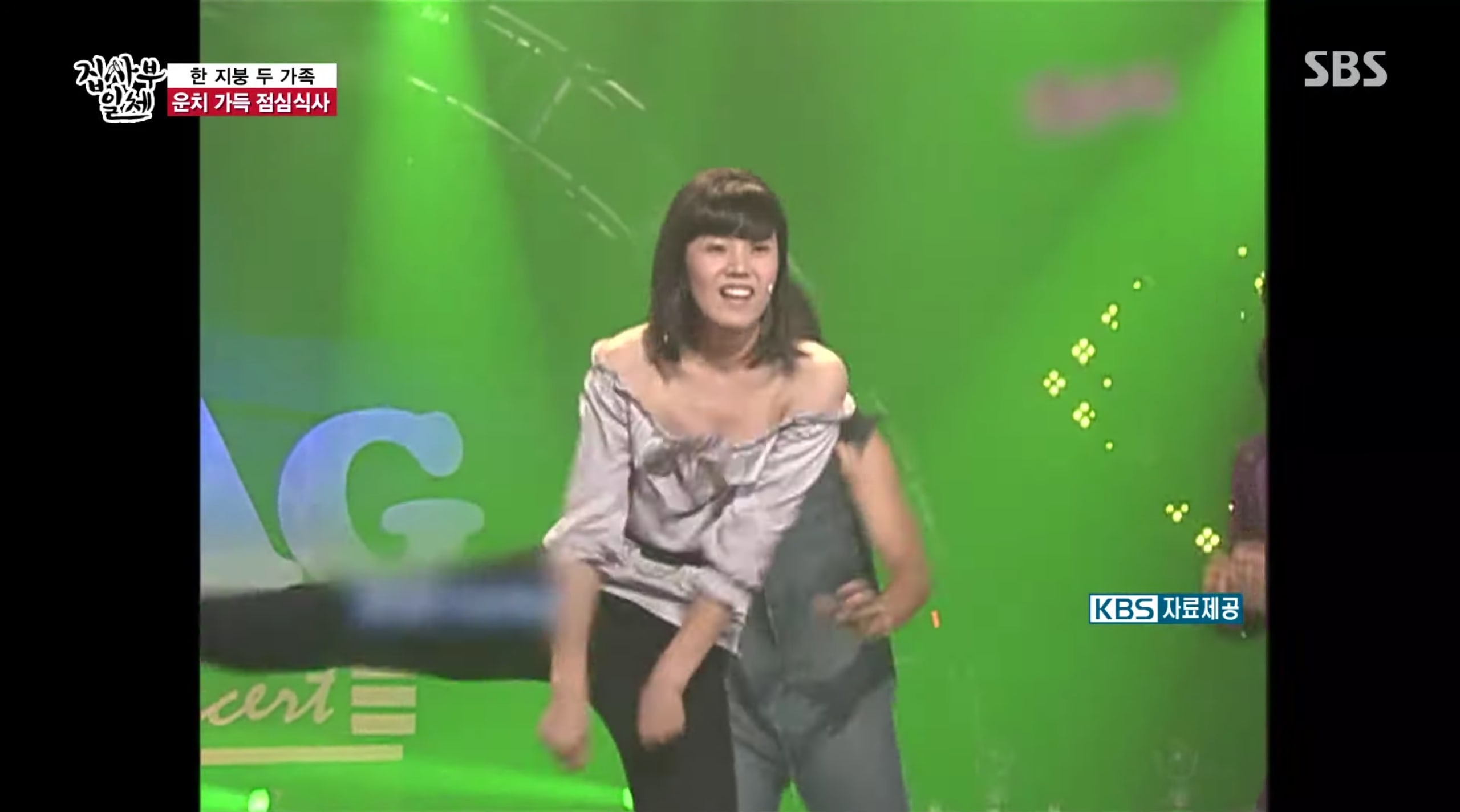 The two stars also talked about their time performing on cruise ships, with Jang Do Yeon commenting, “There were a lot of times when there were less passengers than performers, so we couldn’t perform.”

Park Na Rae chimed in, “The worst was when they would say, ‘It’s raining!’ The 10 of us would nervously sit there and then the captain would announce, ‘The boat is not sailing today.’ Then we would all have to get off and erase our costume makeup.”

Jang Do Yeon clarified, “I don’t think there was a single time when we thought, ‘What are we doing? We are so unknown.’ Although we weren’t appearing on broadcasts, we were constantly thinking of comedy skits together, so I don’t think we ever thought that we were stuck in one place.” 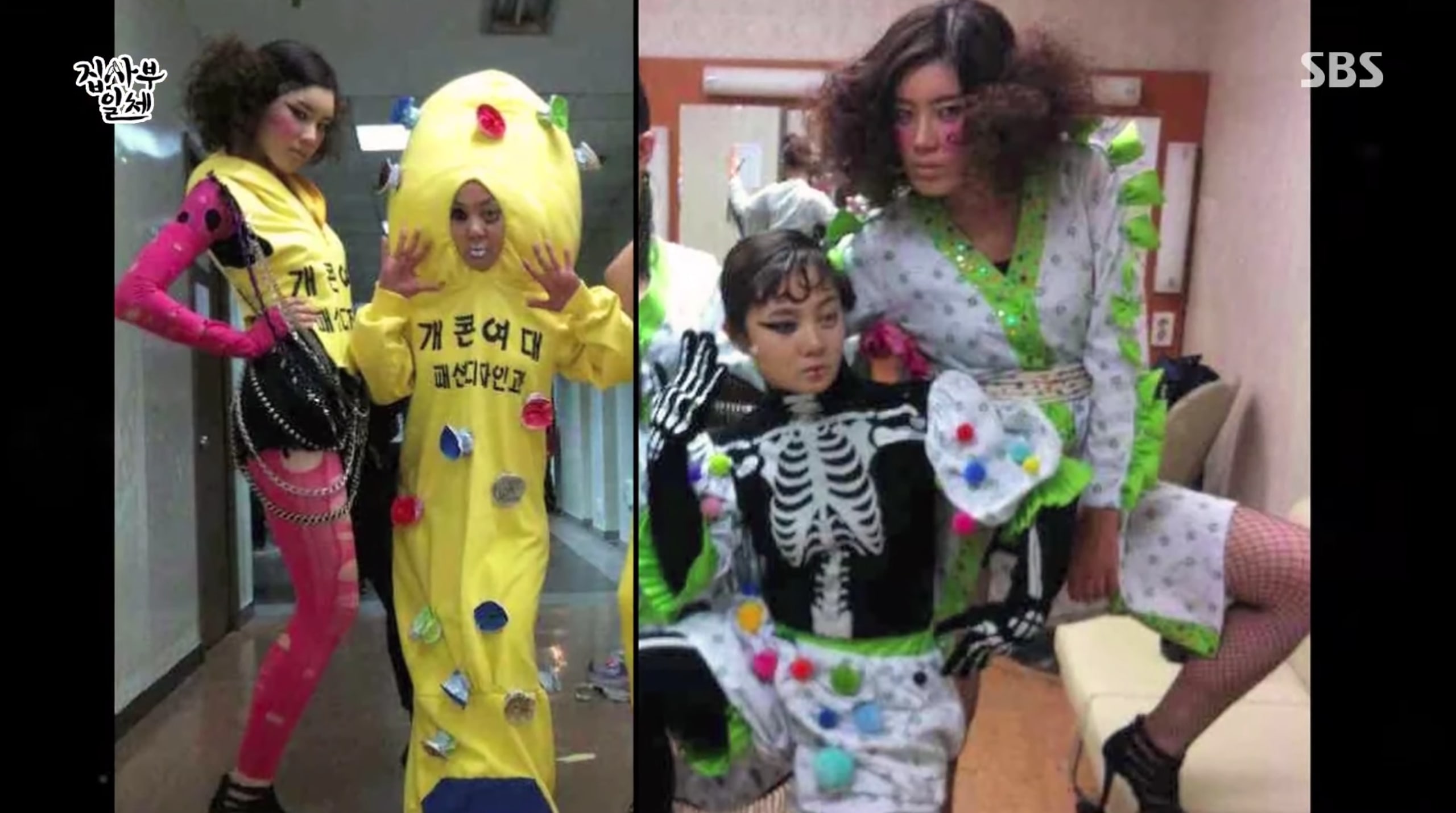 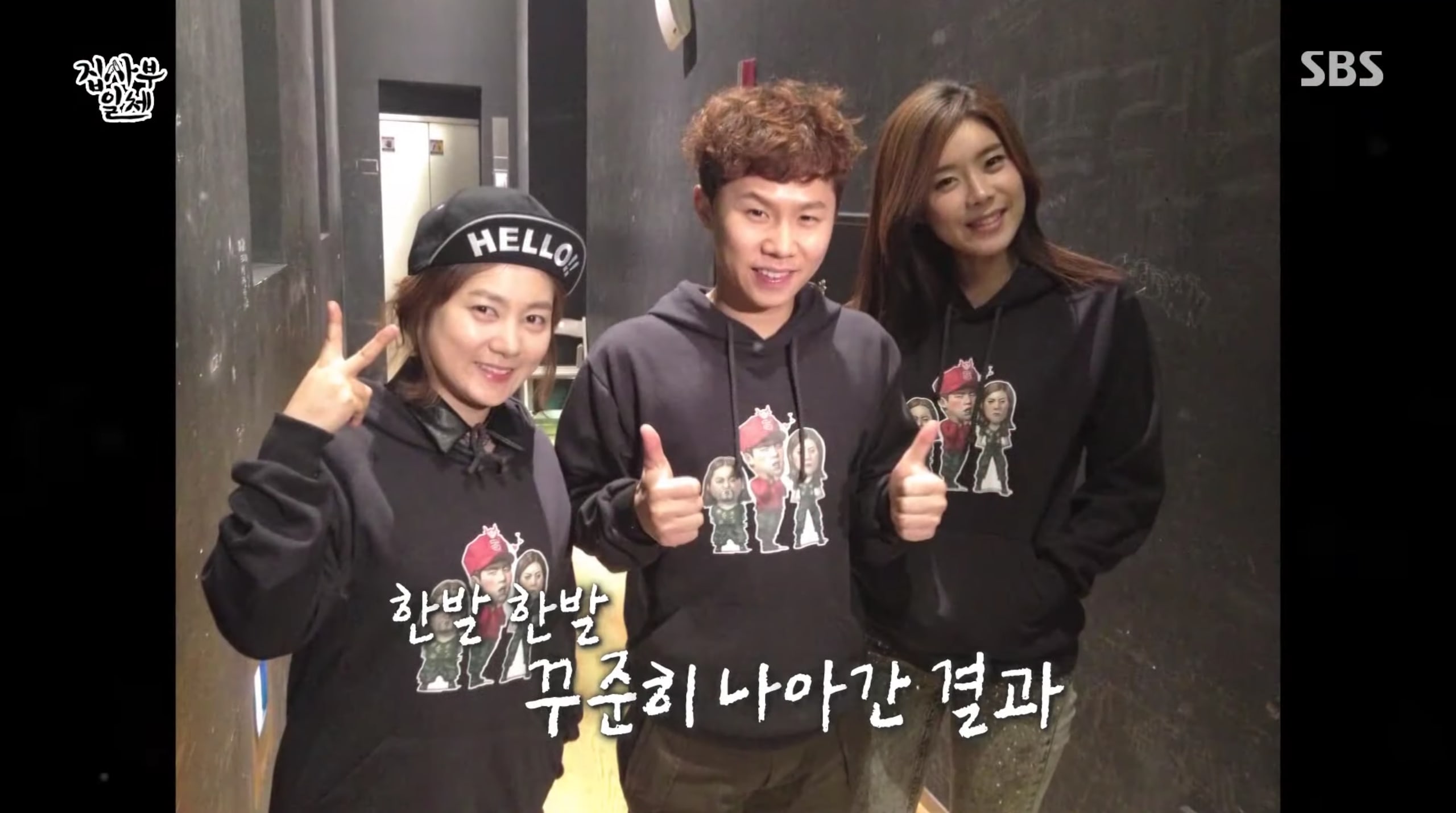 Watch this full episode of “Master in the House” below!

Jang Do Yeon
Park Na Rae
Master in the House
How does this article make you feel?