Yoon Shi Yoon and Kyung Soo Jin sat down with Rakuten Viki for an exclusive interview and talked about their drama “Train”!

“Train” is a sci-fi thriller about two parallel universes that broke apart when a single choice was made on the night of a murder. Yoon Shi Yoon stars as Seo Do Won, a violent crimes detective at the Mu Kyeong Police Station. In universe “A,” Seo Do Won lives with a sense of guilt because of his father’s sins. In universe “B,” his father’s crimes lead him into a life of corruption. Han Seo Kyung (played by Kyung Soo Jin) in universe “A” overcomes the trauma of her father’s death thanks to Seo Do Won’s kindness, while universe “B” Han Seo Kyung harbors deep hatred for her father’s murderer.

When asked to explain why drama fans should start watching “Train” in just five syllables, Yoon Shi Yoon got creative and told Kyung Soo Jin, “We have a lot of Viki fans. You have to do it in English for them!” Surprised, Kyung Soo Jin asked, “How can I do this in English?”

As for Yoon Shi Yoon, he said, “One plus one,” which turns out to be five syllables in Korean. Kyung Soo Jin said in Korean, “If you don’t watch it, you’ll regret it.” 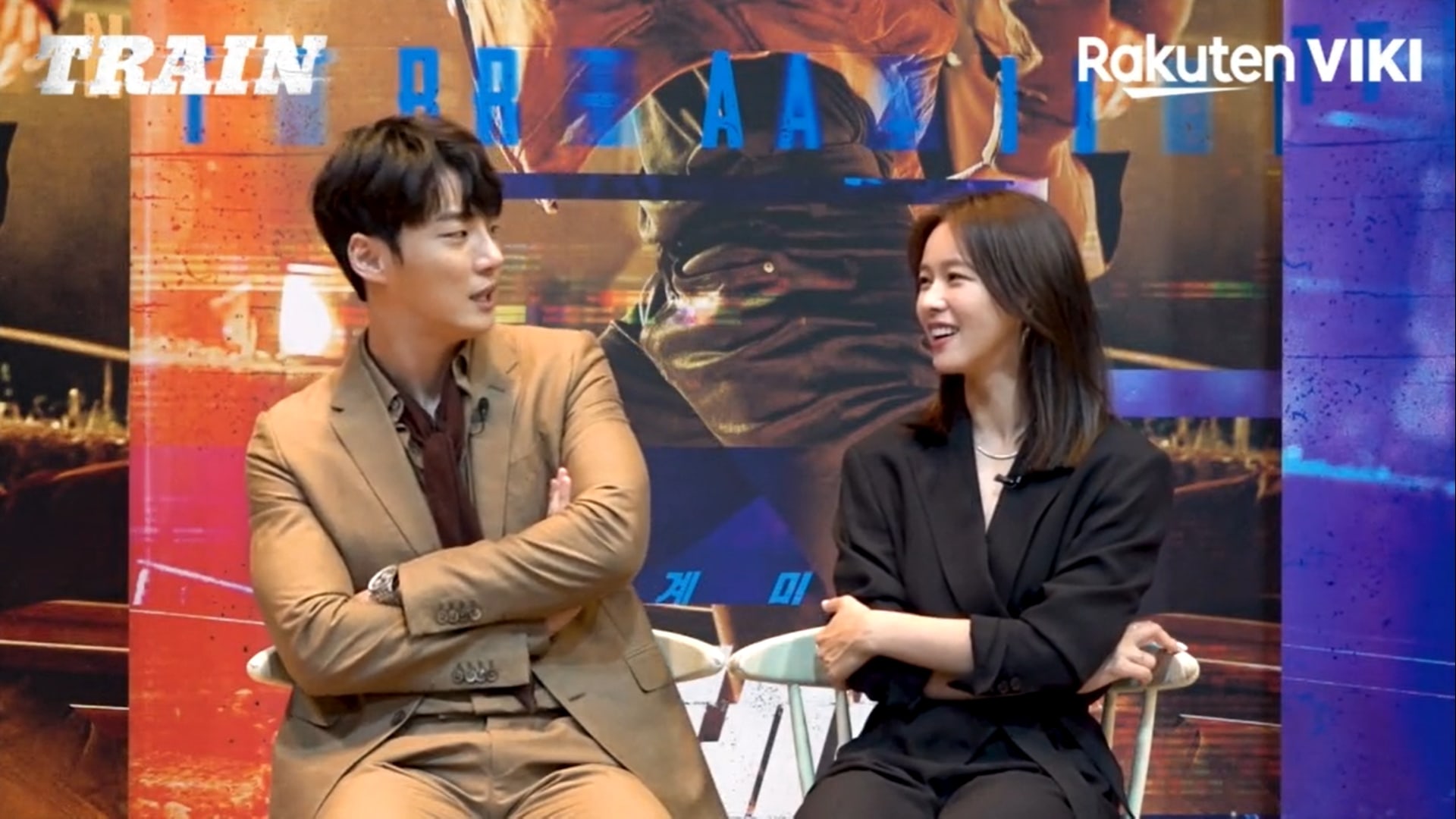 On the topic of what they prepared behind the scenes of “Train,” Yoon Shi Yoon named the makeup and costumes as important parts of the drama and explained, “The staff are trying really hard to express different characters through every little detail.”

Yoon Shi Yoon continued, “Especially for me, when I go back and forth between universes ‘A’ and ‘B,’ it takes about an hour for a team of three to do my makeup.” He added, “We’re all working hard to make the drama more comfortable for our viewers.”

Yoon Shi Yoon and Kyung Soo Jin also played a fun game of “This or That,” where they chose between two items. Yoon Shi Yoon chose “dog” over “cat” and “Americano” over “latte.” Kyung Soo Jin preferred the romantic comedy genre over horror and chose “sea” over “mountain.”

When asked what they would say to themselves from a parallel world, Yoon Shi Yoon said, “Hang in there! Work hard.”

Lastly, the two stars gave Viki fans a shoutout. Kyung Soo Jin said, “Thank you so much for supporting us from afar, and we will work hard until the end, so please give us lots of support!”

She continued, “I’ve heard that many fans have been staying at home a lot these days because of COVID-19, so I hope you can enjoy our drama during this hard time.”

Yoon Shi Yoon said, “I can’t meet my fans and friends from abroad because of COVID-19, and I really miss you all. It feels so special and exciting to be able to show you this drama when we miss you.” 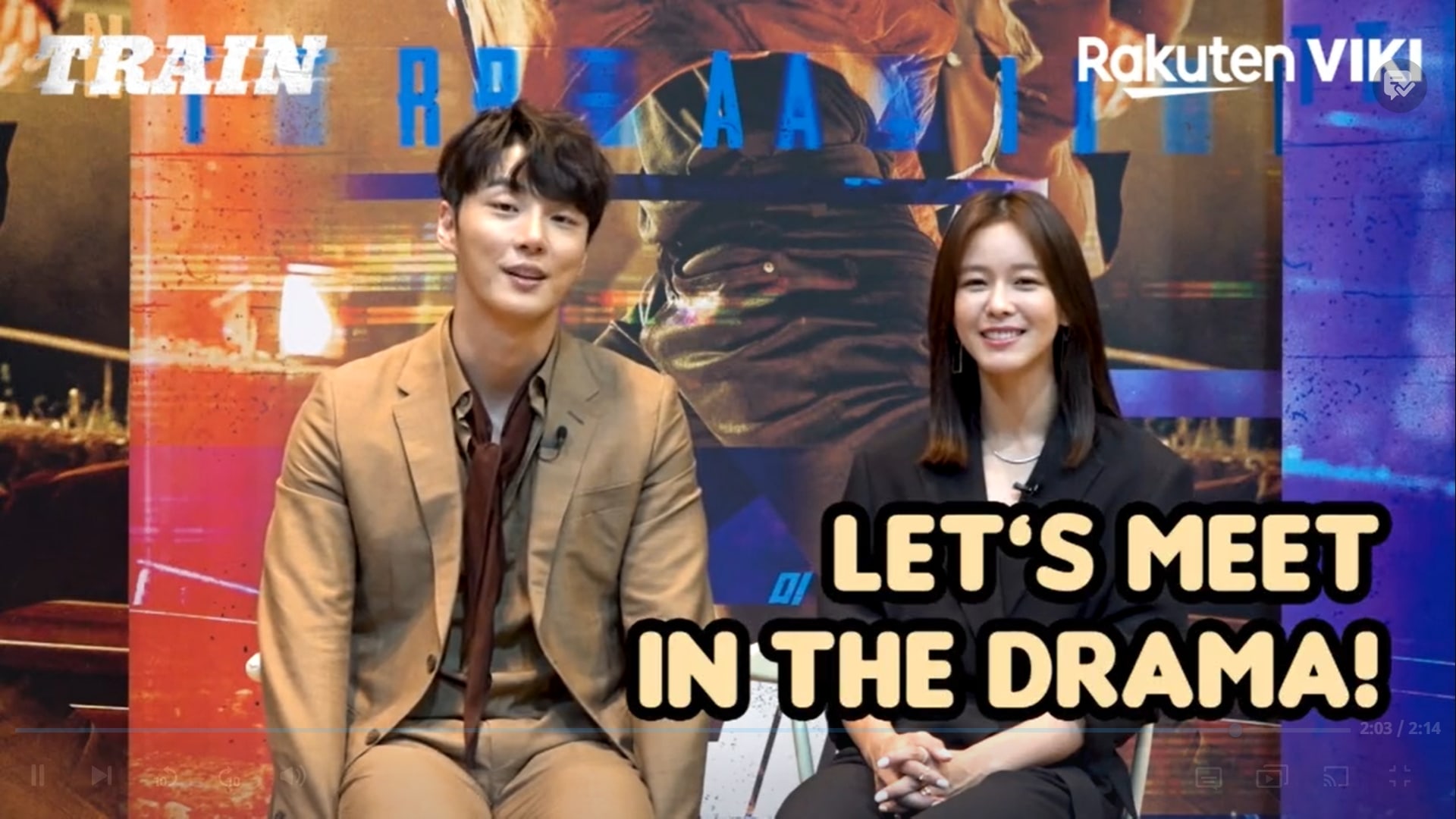