Jung Woo Sung Opens Up About What It Means To Be An Actor, Whether He’d Choose The Job Again, And More

On the July 29 broadcast of tvN’s “You Quiz on the Block,” a film actor, hotel doorman, digital mortician (someone who erases someone’s data after their death), and a webtoon writer appeared to talk about their unique professions. 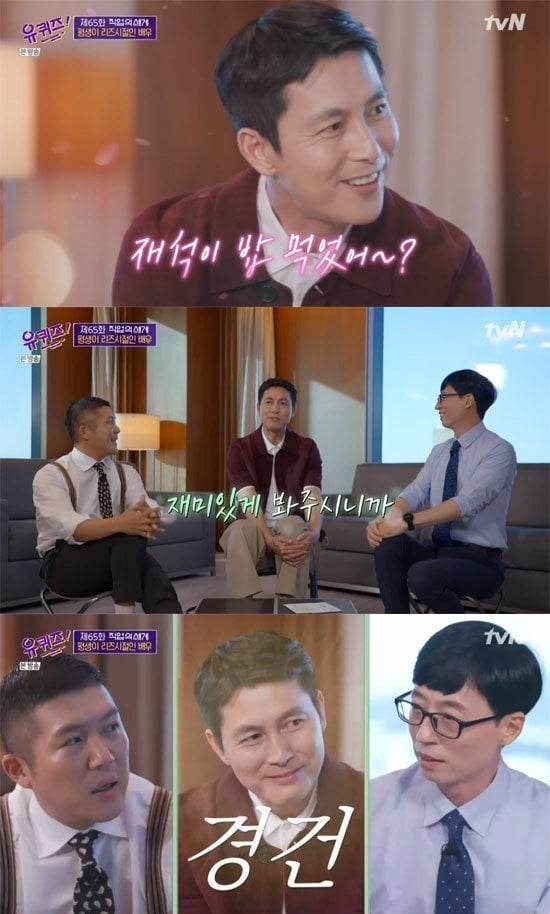 Jung Woo Sung was on the show to represent the job of film actor. He said, “I am 100 percent satisfied with my job. This job makes me think about the relationships between people and how to create a society with better relationships. I can think about such things and also receive a lot of love, so I am very fortunate.”

He continued, “I’ve never regretted choosing this job, but I wouldn’t do it again. It’s hard to remain anonymous. It’s a job where you have a lot of influence, so there is a sense of weight and responsibility about that pressure.”

The actor added, “I don’t know if acting is my calling. I didn’t know anything about it, so I attacked it head-on while running here and there. Rather than having it be my calling from the start, it became my calling as time passed.”

Jung Woo Sung shared that he felt sorry to his family because of his choice of job. “I started this work at such an early age, so I felt sorry toward my family,” he said. “I have a lot of compassion for my mother. When I look at her, I wonder how one woman’s life could be so hard. She endured so much. I hope that for the rest of her life, she can receive greater love and respect.”

Asked if there were certain conditions associated with being an actor, he replied, “People say that famous people can get ‘celebrity disease.’ I try to be cautious about that.” “Celebrity disease” is a term in Korean that describes behavior from a famous person that is perceived as spoiled, selfish, or attention-grabbing.

Jung Woo Sung was also told that he had ranked first in a survey of celebrities that people wanted to hear marriage news about. He quipped, “Not long ago, people told me that I shouldn’t get married. Of course, I have an open mind about marriage. In my twenties, I still had the same feelings and thoughts in my teens, so my ideal type was simply a pretty woman. But as every person is different, I don’t have a specific ideal type anymore.” 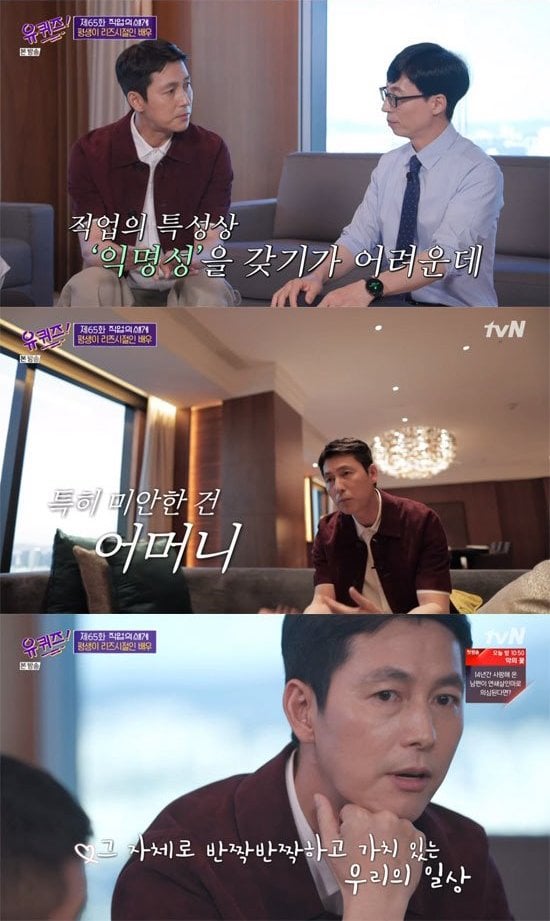 Check him out in the movie “The King” on Viki!

Jung Woo Sung
You Quiz on the Block
How does this article make you feel?