Yoo Yeon Seok Talks About His Favorite Compliment, His Reaction To Being Cast In “Steel Rain 2,” And More

During the July 30 broadcast of the radio show, Yoo Yeon Seok talked about various topics, including his newest movie “Steel Rain 2: Summit.”

The movie is the sequel to 2017’s “Steel Rain,” which was about the aftermath of a coup in North Korea. “Steel Rain 2” is about a crisis that unfolds when the three leaders of the Koreas-United States summit are kidnapped in a North Korean nuclear-powered submarine.

Yoo Yeon Seok portrays North Korean chairman Jo Sun Sa who decides to carry out a summit for the first time despite opposition from hardliners. 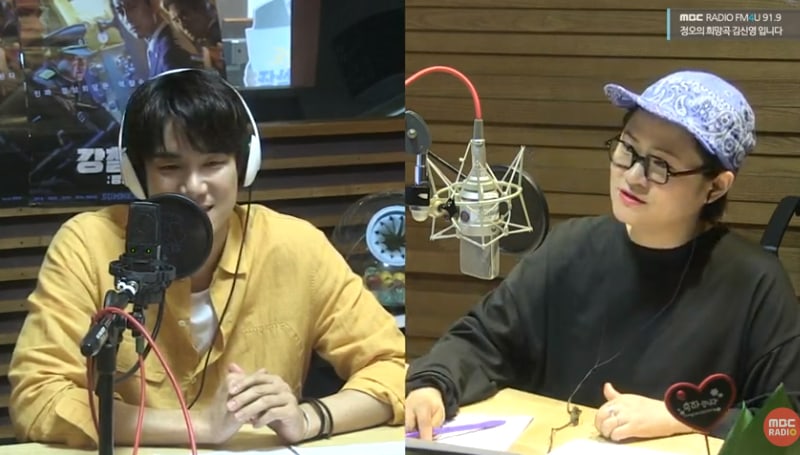 Radio host Kim Shin Young joked that the three leaders in the movie are too handsome, and the actor answered, “I heard the director intentionally didn’t try to make it look similar. I think it was to allow for satire and humor through the infinite imagination of the movie.”

Then Yoo Yeon Seok talked about how he felt when he was cast in the movie. He commented, “I was also a little doubtful at first. I thought my role as the chairman was supposed to go to Kwak Do Won.”

He compared himself to his character, saying, “Because he’s about the same age as me, I thought I’d go into that character and think about how much pressure I’d feel if I were in his position at this age and how I’d fight to protect what was mine when I met other leaders of other countries.”

Yoo Yeon Seok also uploaded photos of his time at the radio show via his Instagram account.

“Steel Rain 2: Summit” was released in South Korea on July 29.

Watch Yoo Yeon Seok in the movie “Beauty Inside” on Viki: