Mnet’s “I-LAND” has shared a sneak peek of how global voting is currently going!

“I-LAND” opened global voting at midnight KST on July 24, allowing viewers from around the world to vote for their favorite contestants. It is said that viewers from 171 countries have participated in the voting process, with the total vote count reaching the tens of millions.

Viewers are being asked to select the top six contestants they want to see in part two. On July 31, Mnet revealed the contestants with the most votes by country or region as of noon KST. Things may change as voting is still ongoing but it gives a glimpse into how things are going as of now. 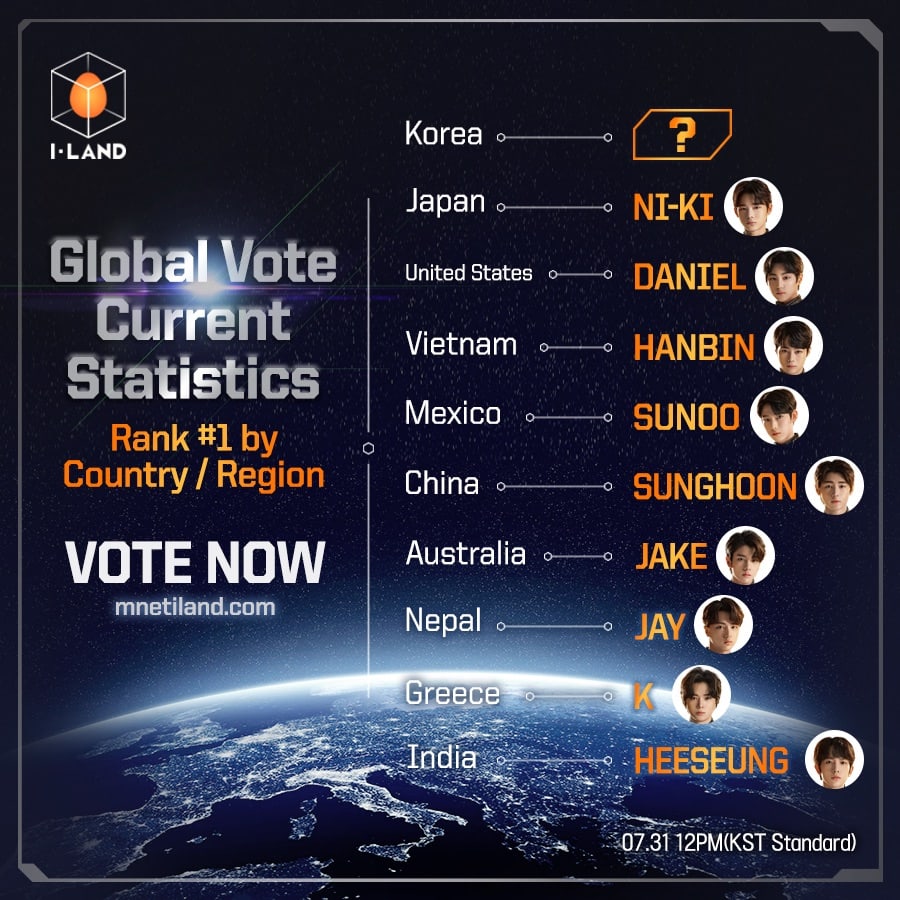 Global voting takes place until noon KST on August 2 and will determine the final 12 who will move on to part two.