The much-anticipated film “Space Sweepers” has shared a new trailer and announced its official release date!

It’s now been shared that the movie will be hitting theaters in Korea on September 23.

“Space Sweepers” is set in the year 2092 and follows the crew of a space junk collector ship called The Victory. When they discover a humanoid robot named Dorothy that’s known to be a weapon of mass destruction, they get involved in a risky business deal. Its star-studded cast includes Song Joong Ki, Kim Tae Ri, Jin Seon Kyu, Yoo Hae Jin, and more, and the film is helmed by “A Werewolf Boy” director Jo Sung Hee.

The latest trailer for the film first follows the crew of The Victory as they compete with junk collector ships from other countries while scavenging for treasures among space waste.

Kim Tae Ri plays the ship’s young captain, and as they approach some potentially valuable junk, she says, “Out of the way, you hacks. That’s mine.”

Pilot Tae Ho, played by Song Joong Ki, grins from ear to ear as they zoom through space. They’re yelled at over comms in English by their competitors who say, “You’re seriously going to take everything?!”

While The Victory is known as the speediest ship in space so they quickly grab the most-wanted junk around, the crew’s money situation is never stable because of debt and repair costs for their ship. On top of that, the crew mentions in the trailer that their teamwork is a complete mess. Jang Sun Jang flips a table during a conflict with her crew members, and they get into a brawl.

They’re shocked to find a humanoid robot that looks like a child among the cargo, and when they bring it inside, they find out through the news that it’s a deadly weapon. 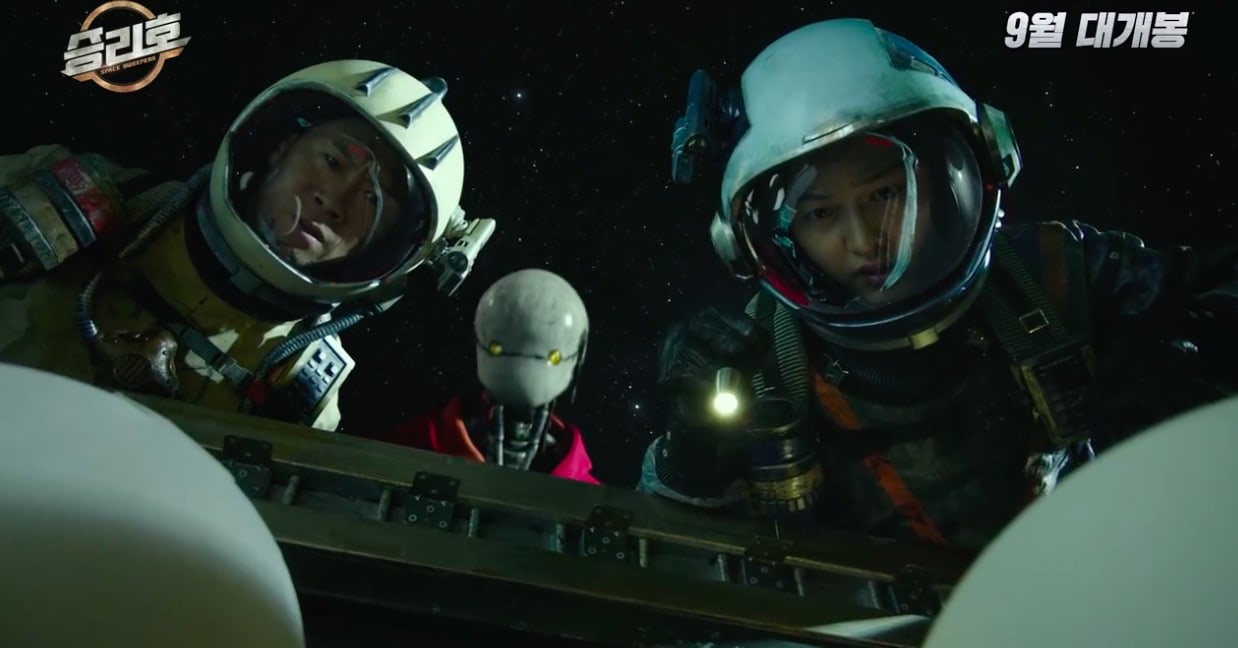 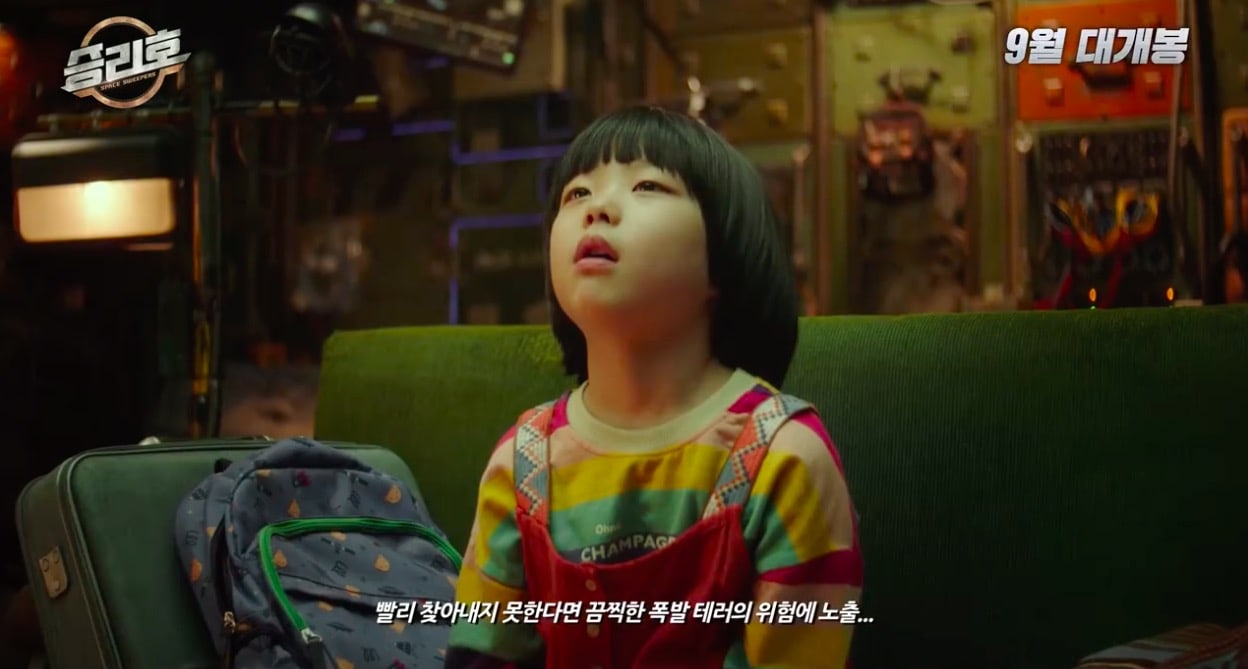 Tae Ho smells a great money-making opportunity and plans to resell the bomb. “This kid is worth money,” he tells the others, but captain Jang Sun Jang opposes the idea, saying it wouldn’t be morally right to sell the bomb. “What the hell are you talking about?” Tae Ho replies.

Watch Song Joong Ki in “Descendants of the Sun” below!

And check out Kim Tae Ri in the film “Little Forest” here!