Watch: 2AM’s Jo Kwon, NU’EST’s Ren, And ASTRO’s MJ Take Over The Stage And Share Their Love For Musical “Jamie”

The three of them showed their affection for the musical and called it a highlight of their careers. For both MJ and Ren, this is their first musical. MJ was asked how he came to the decision to appear in a musical and he said, “I’ve wanted to be in a musical ever since I was young. Back then, I watched the musical ‘Please Look After Mom’ with my parents and I realized that you could move people in a short period of time through a musical, so I had always hoped I could appear in a musical one day.”

Ren shared, “I wanted to break down a wall within me. I wanted to try something I’d never done before. I’ve always thought of myself as having many talents but I haven’t had many opportunities to show them, and I felt like a musical would be perfect. And a lot of people around me have told me that I’d be great for a musical, because my life is like a musical.” 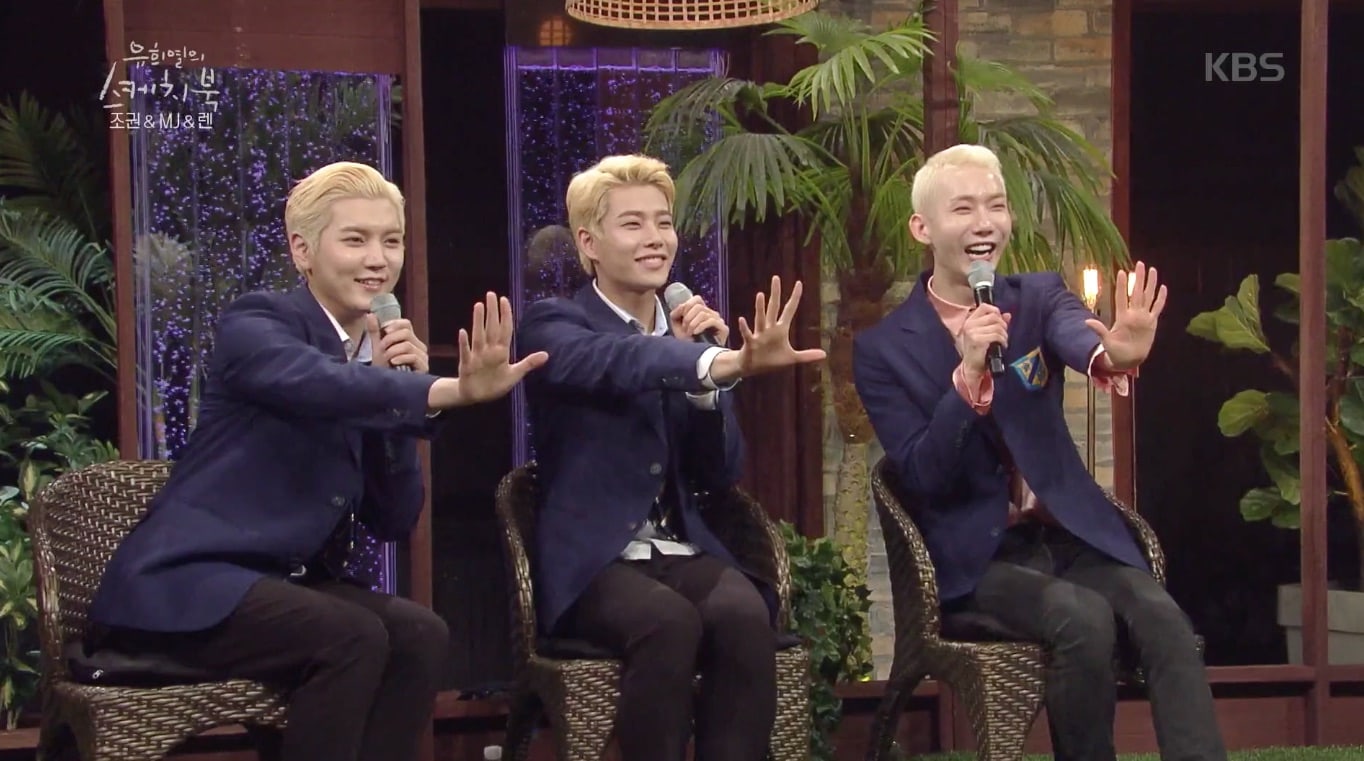 Jo Kwon talked about why “Jamie” is so special to him and said that he was still in the army when he went for auditions. He talked about using his allocated leave to go for his audition, wearing his military uniform and carrying a pair of red heels in his backpack. He said, “I felt like I would regret it until my deathbed if I didn’t take on this role. ‘Jamie’ gives me the chance to bring out a part of me that’s different and something even I wasn’t fully aware of.” He added, “It’s 2020. There are no rules saying men can’t put on nail polish or wear makeup. That is the idea of ‘Jamie.’ You’re fighting against the prejudices of the world and living the way you want to live.”

As all three have been cast in the leading role of Jamie, along with Shin Joo Hyup, it’s impossible to see them all on stage together during the musical, so they took the opportunity to perform “You Don’t Even Know It” from “Jamie” together. Check out Jo Kwon’s performance of 2AM’s “This Song” as well!