On the July 31 episode of tvN’s “Summer Vacation,” Jung Yu Mi talked about her new hobbies and prepared some healthy meals for herself and Choi Woo Shik. 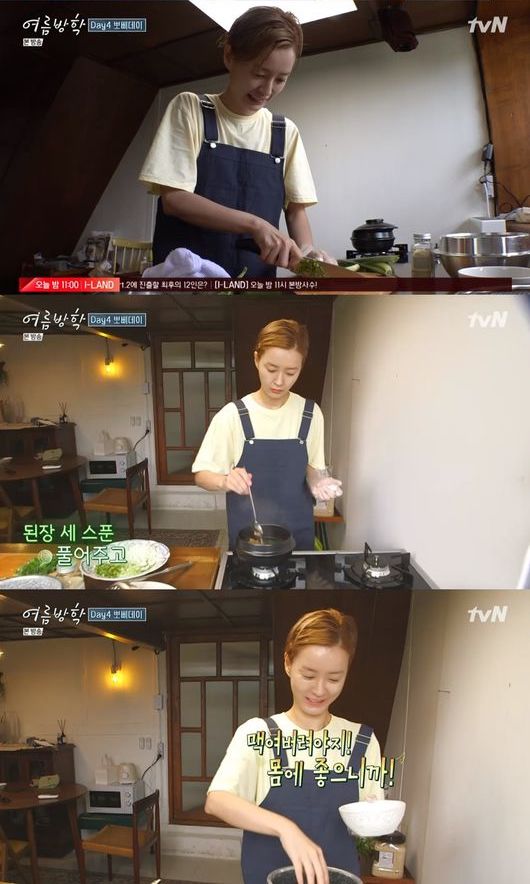 She began by making an unusual dish – kimchi made from Korean melons. She cut the melons and mixed them with red pepper powder, plum extract, and vinegar for 15 minutes. She also soaked tot (brown sea vegetable, known in Japanese as hijiki) in water in preparation for tot rice.

Choi Woo Shik’s task for the day was to build a shelter for the dog. After struggling for a while, he finally got the structure’s legs inserted. When the legs fell over, he said to himself, “Relax, relax.” After two hours, he finally succeeded, but said disappointedly, “It leans too much.” 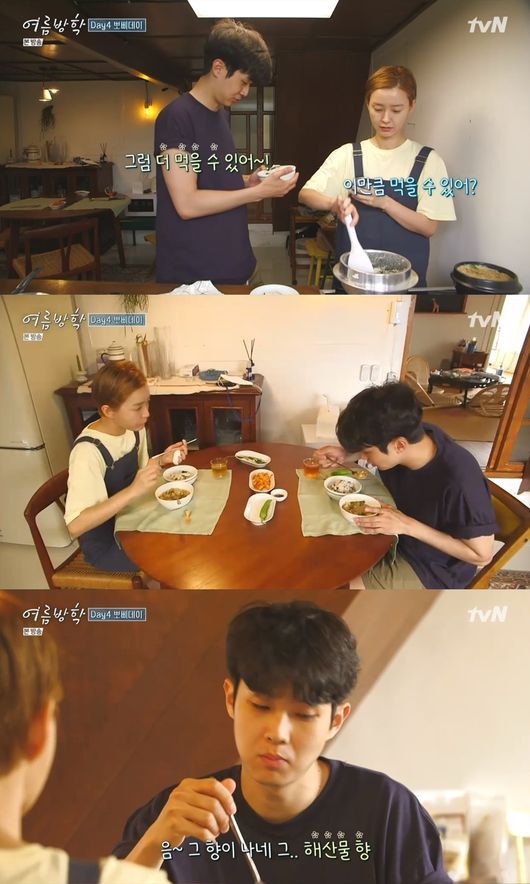 Later, the two shared a meal of soybean paste, tot rice, and melon kimchi. Choi Woo Shik was surprised by the melon kimchi, but Jung Yu Mi said, “I looked it up and people eat it a lot during the summer.” Jung Yu Mi also tried her hand at making green onion kimchi and said, “It would be nice if it could ripenw while we’re in Seoul. It’s perfect to eat with ramyun when there’s nothing else to eat.”

Also on the episode, Jung Yu Mi headed to a Muay Thai gym near the vacation house. She said, “I learned a little Muay Thai from Noh Jae Gil in Seoul. I learned judo while preparing for the drama ‘Live.’ I want to keep both my body and mind healthy, so I looked up gyms in the area.” Choi Woo Shik joked, “Her high kicks are no joke.” Jung Yu Mi soon bonded with the gym owner because they were both from the Busan area. However, she was not able to take lessons because of the gym owner’s limited time. 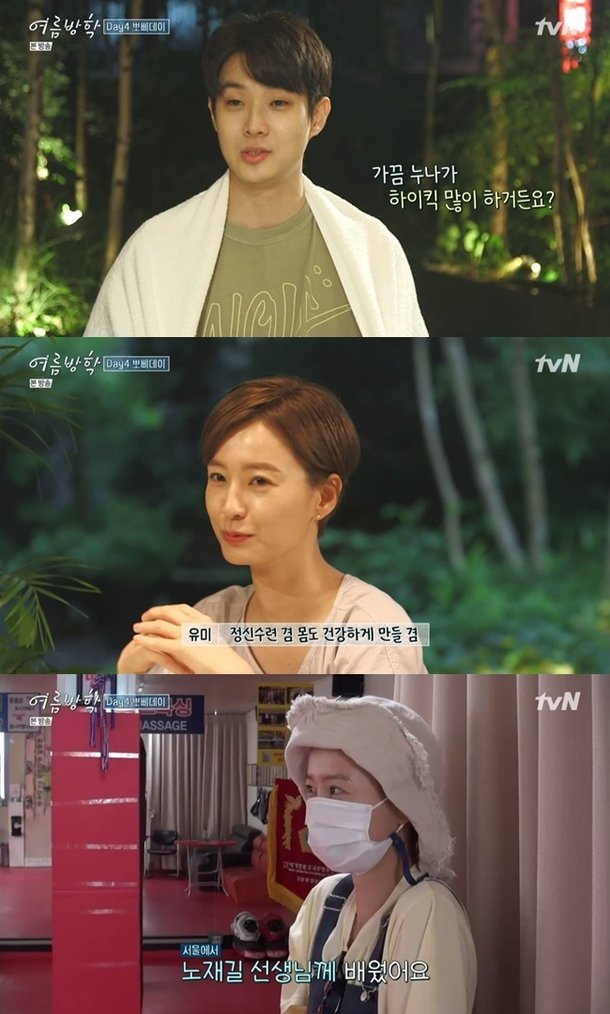 Check out Jung Yu Mi in the show “Youn’s Kitchen 2” below: