Uee appeared as the latest guest on MBC’s “The Manager”!

On the August 1 episode of the variety show, Uee and her manager made a special appearance and showed viewers their close friendship.

The hosts commented that Uee had mentioned wanting to appear on “The Manager” as soon as it began airing. Uee explained, “Right after the show started, I got a call asking me to appear [as a guest]. However, I was filming a drama then, so I couldn’t come on the show.” 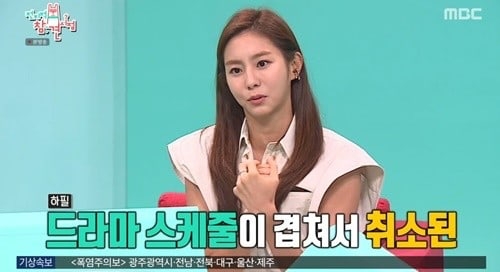 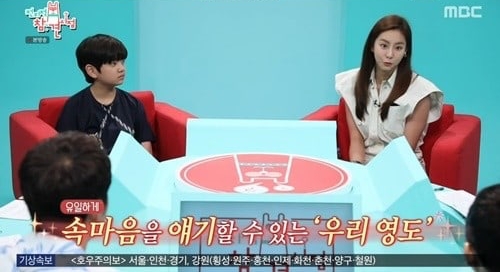 Song Eun Yi remarked, “You might be surprised by this, but Uee and I go to the same hair and makeup salon. She’s always dressed in a very relaxed style and is so laid-back. She’s worked with the same staff members for a really long time, because she takes such good care of them.”

Uee introduced her manager by saying, “Our Young Do is someone who has never stood me up. If he’s supposed to pick me up by 7, he’s there by 6:40 and tells me to take my time coming out. The main reason I wanted to appear on this program is to introduce my one manager in whom I can confide about anything, like a friend.”

In his interview for the show, Uee’s manager Heo Young Do shared, “I’ve been working with Uee for around one year. I’m 30 years old, and she is 33 years old [by Korean reckoning].”

The hosts were surprised to hear that he was born in 1991 and therefore younger than Uee, to which she hilariously commented, “People keep mistaking him for my agency director.” 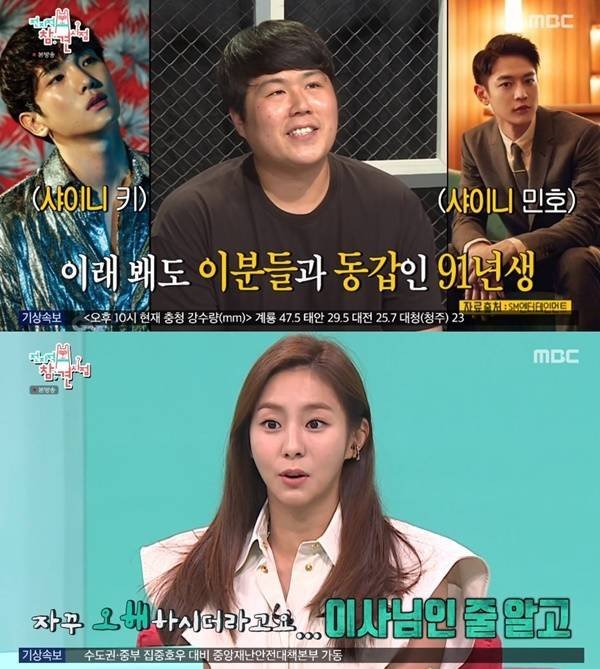 Heo Young Do continued, “The first time I saw Uee was when she was in After School. I liked her a lot [as a fan] back then, but as her manager, she now feels more like an older brother, rather than an older sister. Her personality is so laid-back. The way she talks and dresses is very boyish.”

During the episode, Uee’s manager picked her up at 3 a.m. to go to a photo shoot. When they arrived at the outdoor location for the shoot, the rain was much heavier than expected. Despite the weather, Uee’s manager made sure to block her from the rain as much as he could, even while getting wet himself. 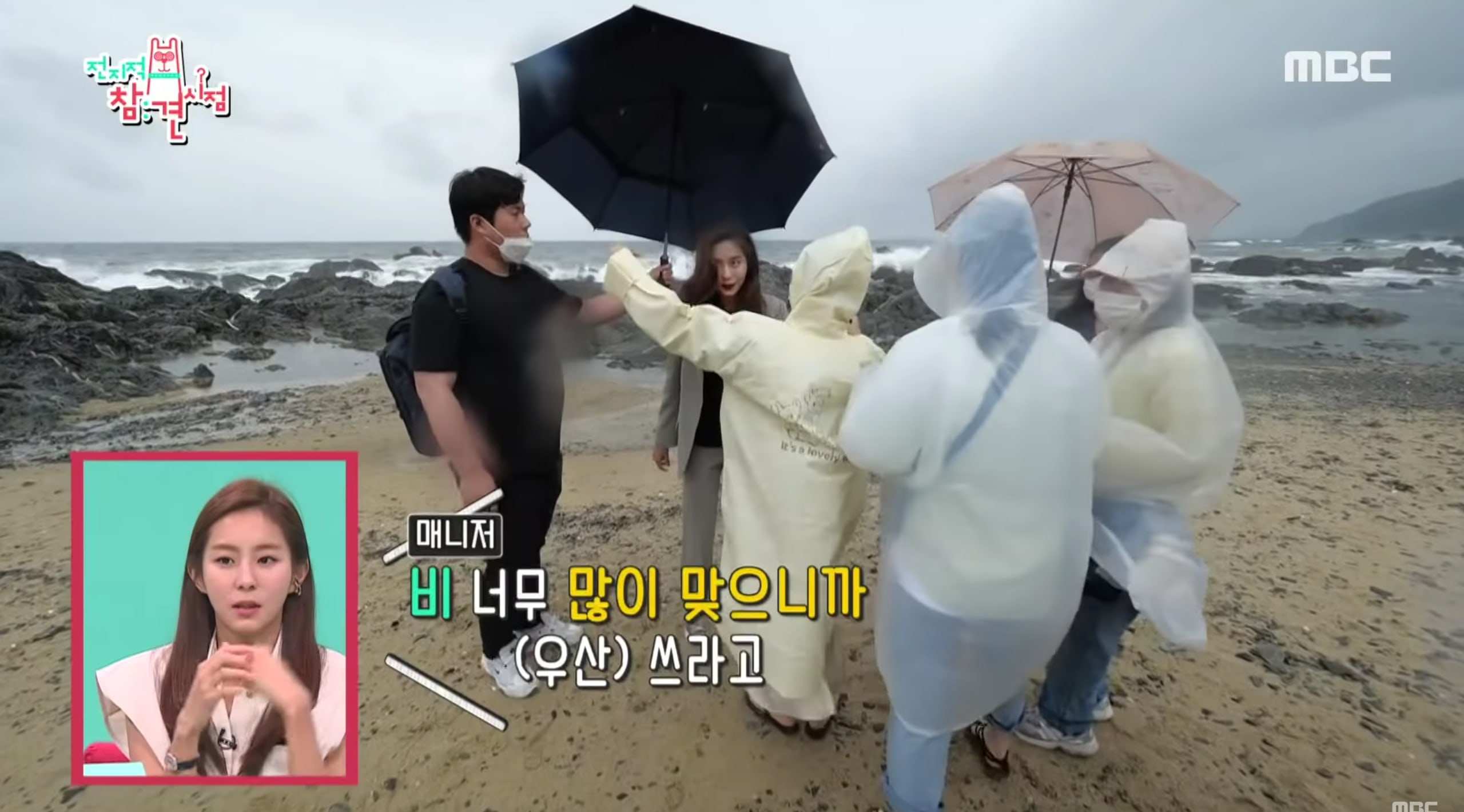 Uee
The Manager
How does this article make you feel?