The members of Red Velvet took to Instagram to celebrate the group’s anniversary!

Red Velvet debuted on August 1, 2014 with the digital single “Happiness.” This year marks their sixth anniversary since debut, and the members posted videos and messages on their Instagram accounts to commemorate the special day and thank their fans ReVeluv.

Joy posted a video on her Instagram story featuring behind-the-scenes footage from their music video for “Umpah Umpah.” In the post, she used the hashtag “#6YearsWithRedVelvet” and wrote “love” in big letters next to her fellow members’ account names. 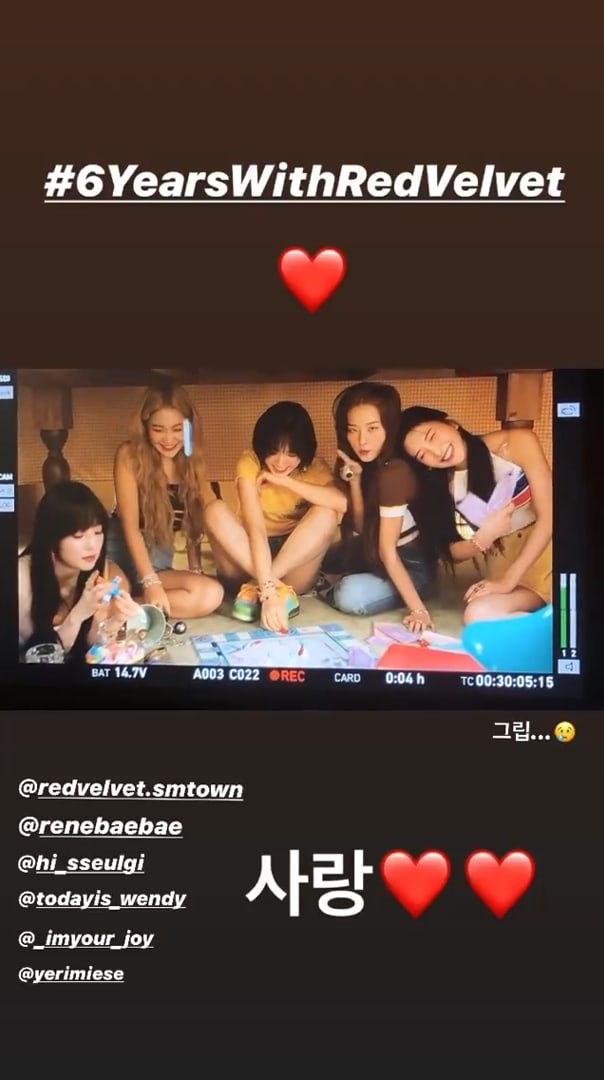 Joy also posted another photo on her Instagram story with a sweet message to her fans that reads, “August 1 is a meaningful day for us, right, Luvies? Thank you so much for thinking of and supporting us more than anyone else. I hope all of you have a wonderful day…I love you.” She continued in English, writing, “Thank you for always inspiring me to do my best. I love you all.” 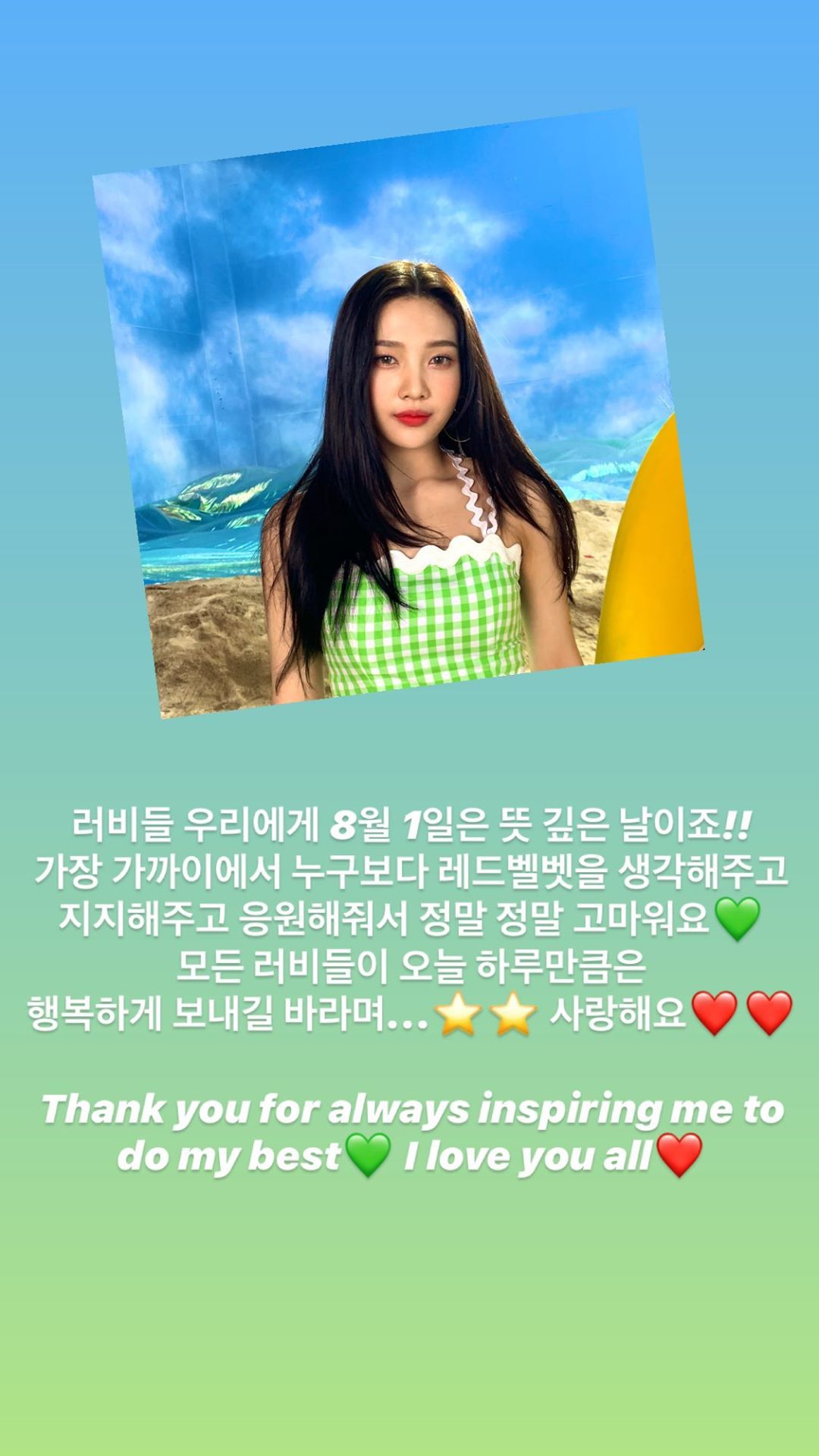 Seulgi also took to her Instagram story to post more footage from the “Umpah Umpah” music video. Under the video, she commented, “When it’s raining, watch our little bit of acting in ‘Umpah Umpah.'” She also wrote, “Six years with Red Velvet. Thanks Luvies.” 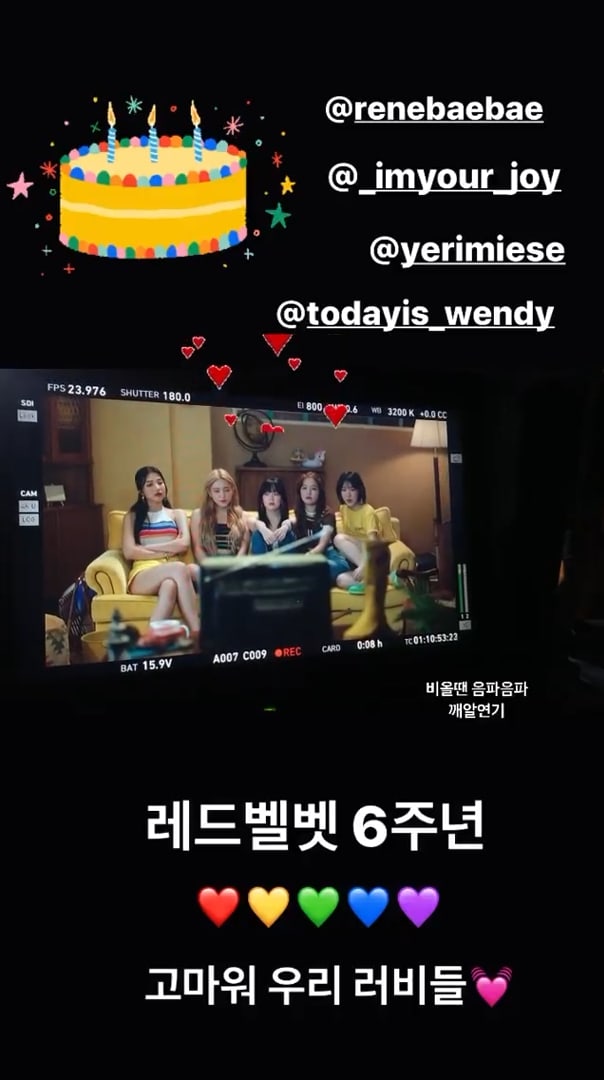 Irene also posted on her Instagram story saying, “Six years with Red Velvet. Thank you to our Luvies,” along with a video featuring all five of the members striking poses together. 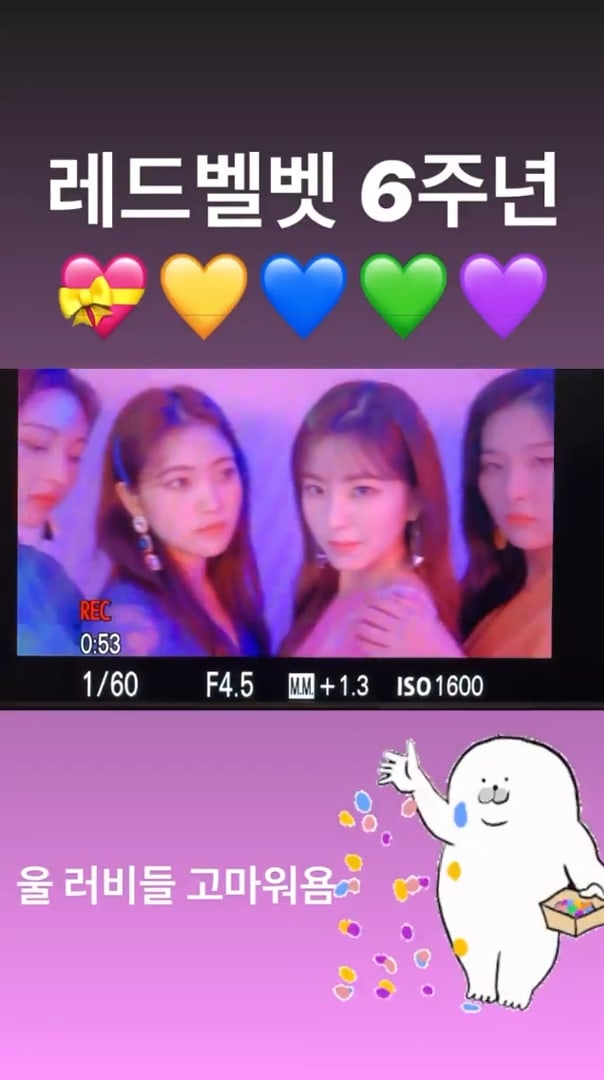 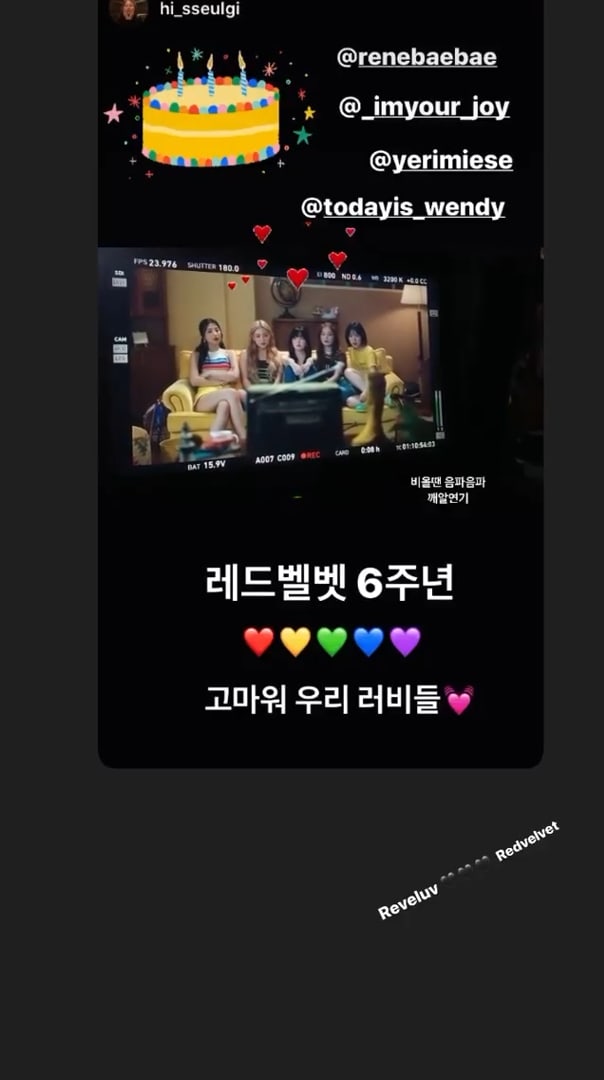 Watch Joy in the variety show “Handsome Tigers” below!