On the August 2 episode of SBS’s “My Ugly Duckling,” Super Junior’s Heechul and Shindong visited the home of Fly to the Sky’s Brian together with Ji Sang Ryul.

Although Heechul is also well-known for his neat tendencies, they all immediately expressed amazement at the perfect organization and cleanliness of Brian’s home. Shindong commented, “Brian is way above Heechul,” and Heechul immediately agreed.

Brian proved them right when he suddenly asked Heechul, “Don’t you usually do your hair when you go out?” He quickly clarified, “Let’s tie up your hair. Because I vacuumed.” 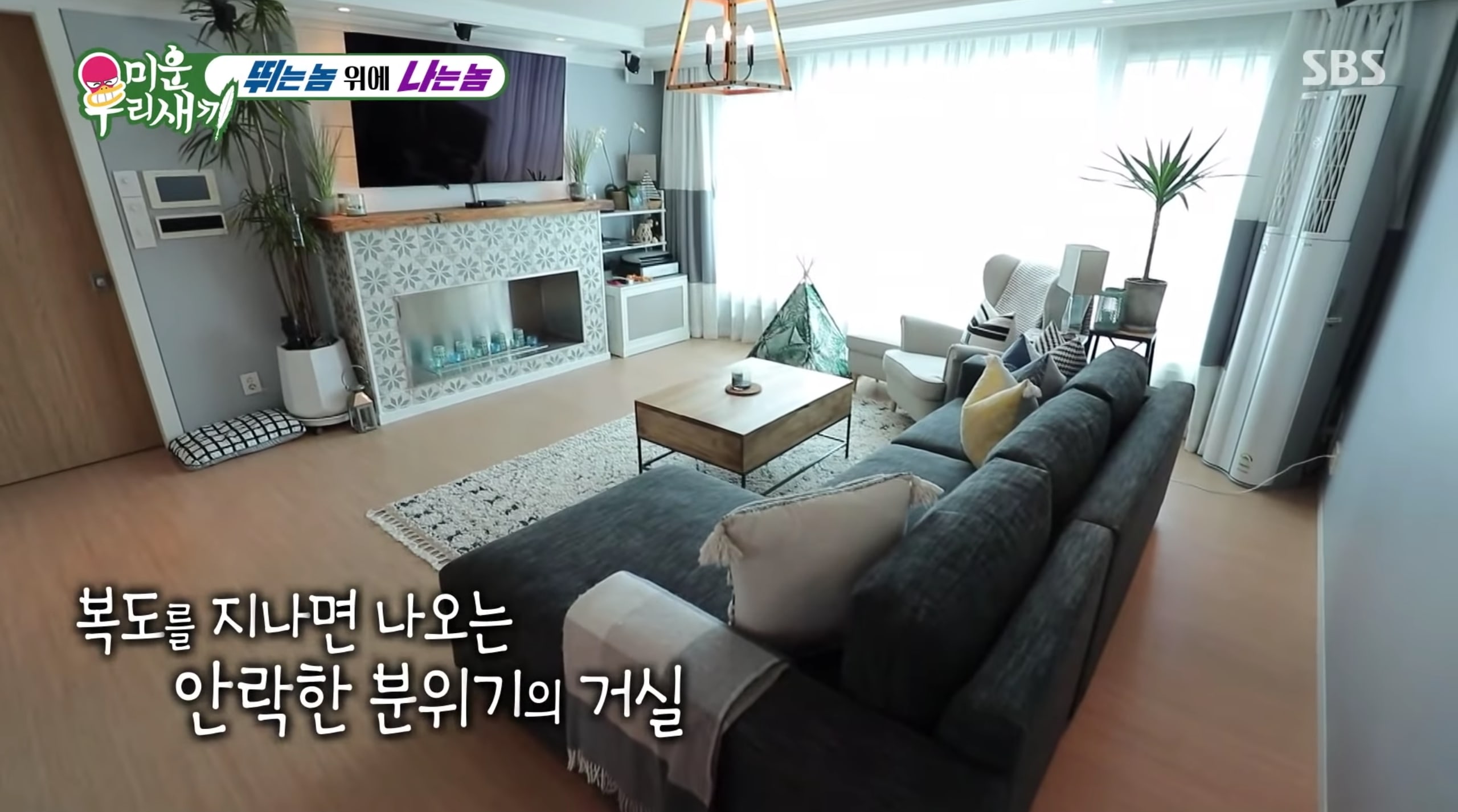 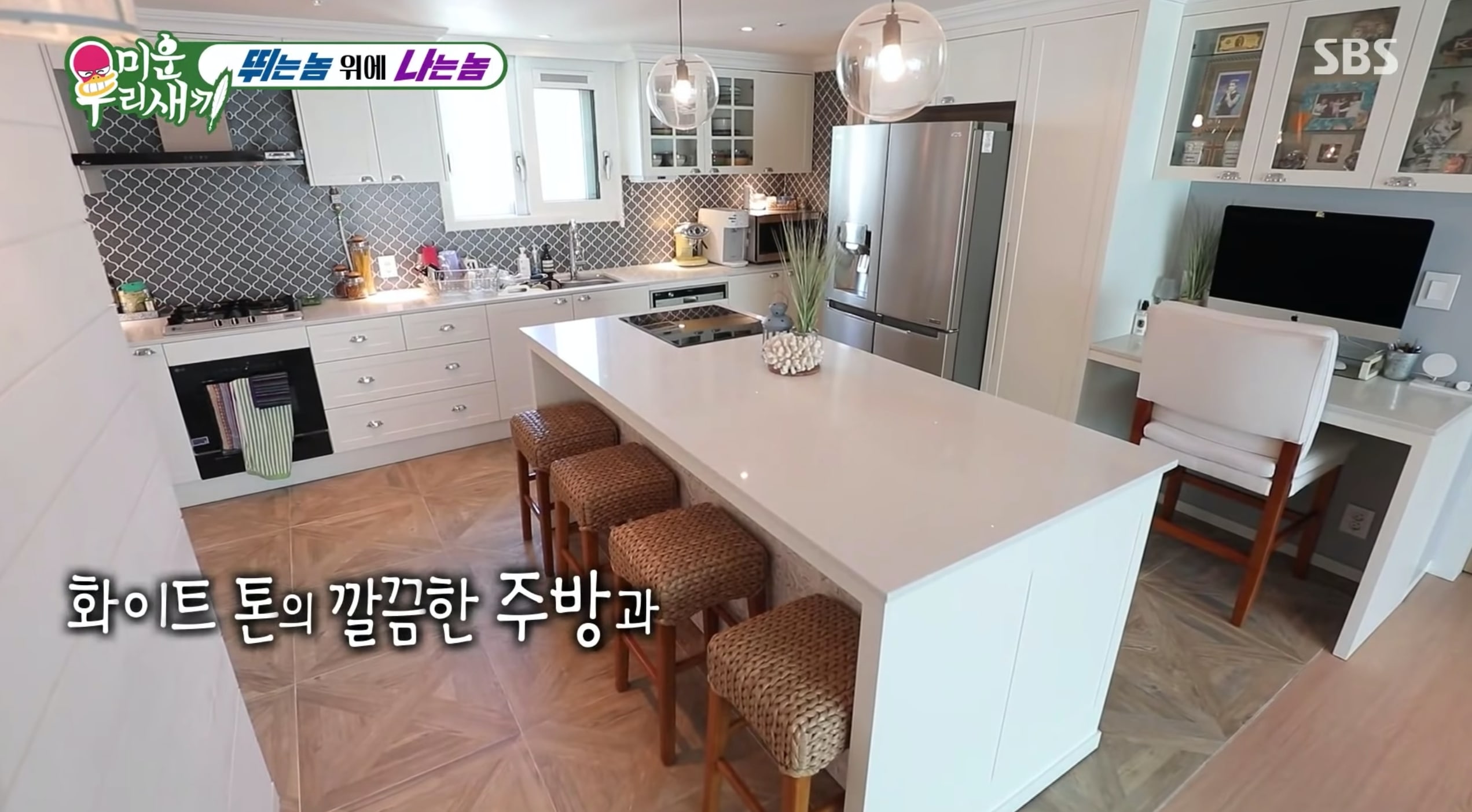 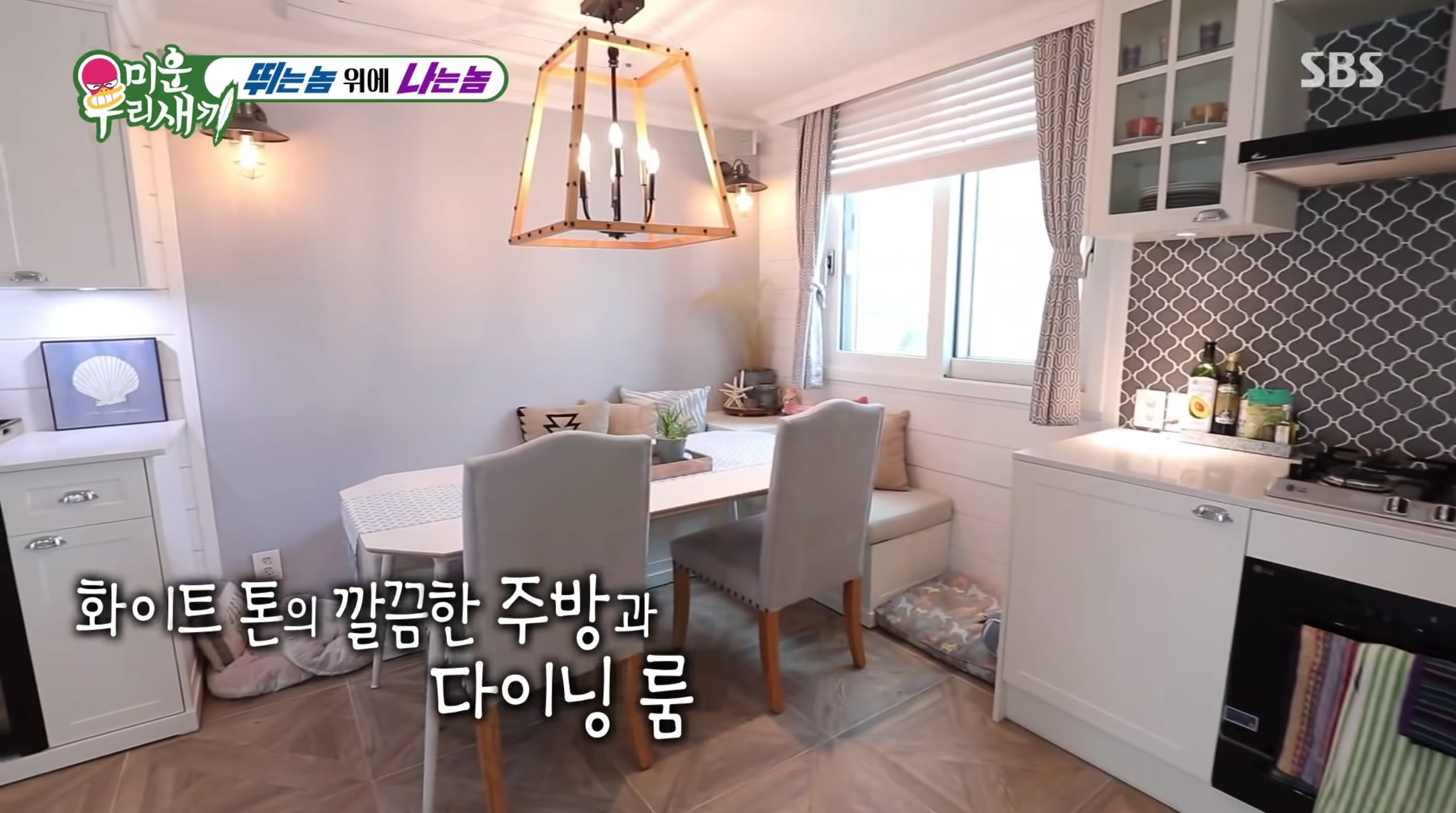 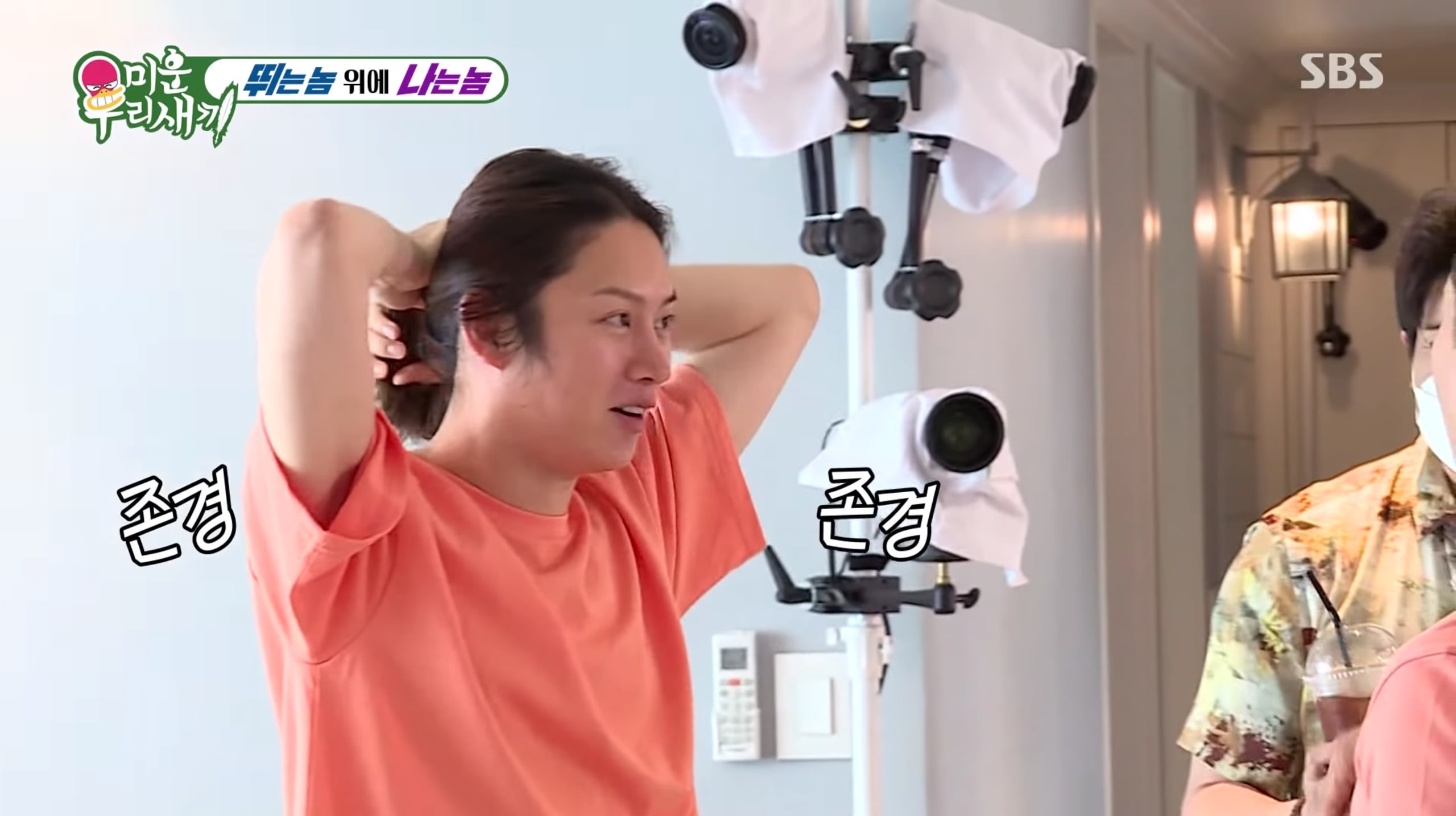 Looking at Brian’s fridge, Heechul exclaimed, “I hate when things get messy, so I just don’t keep a lot of things in my house. But [Brian] has a lot of stuff and still keeps everything organized.”

Heechul later shared, “The three people I look up to most when it comes to cleaning are Brian, Seo Jang Hoon, and Noh Hong Chul.”

He added, “Brian is about 30 times more intense [about cleaning] than me. Noh Hong Chul is 20 times. Seo Jang Hoon is just the king. Brian is the type to yell ‘No!’ and then just do everything for you. Jang Hoon wouldn’t even let you in the front door.” 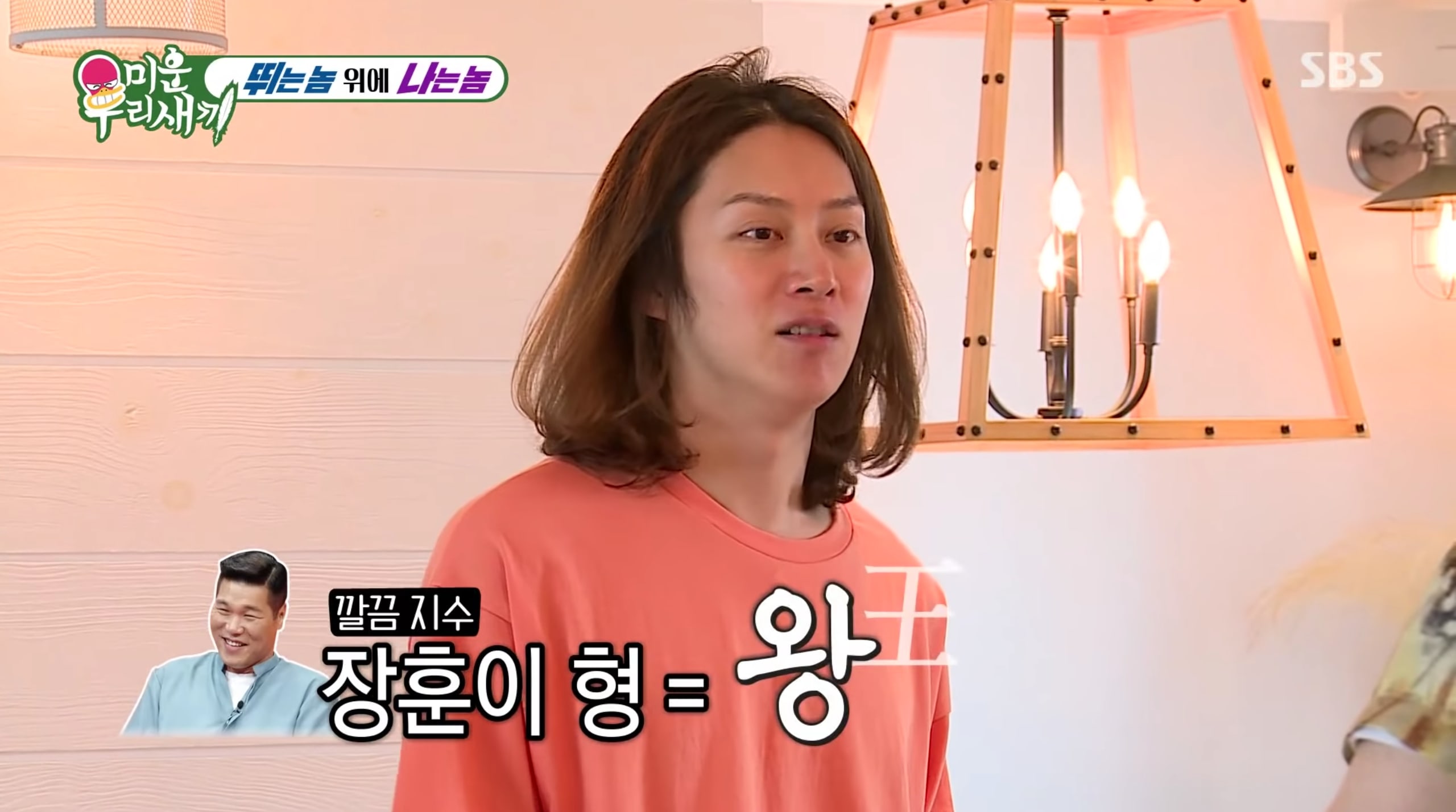 In the studio, Seo Jang Hoon told a story from when he was once scolded at Brian’s house. He shared, “Brian had made me budae jjigae [Korean ‘army stew’]. When I eat hot foods, I immediately start to sweat. I didn’t even know, but he told me, ‘Hyung, you dripped sweat on the carpet.’ It was the first time in my life that I’d ever been scolded for something like that. It really made me reflect.”

As Seo Jang Hoon continued to express his understanding of Brian’s extremely neat tendencies, Kwanghee commented, “Earlier, after talking to Seo Jang Hoon about buildings and other stuff, I thought for a second that I’d be really happy if I were reborn as his son. But after talking about cleaning, I don’t want that anymore. It’d be so annoying if my dad always told me to clean up!” 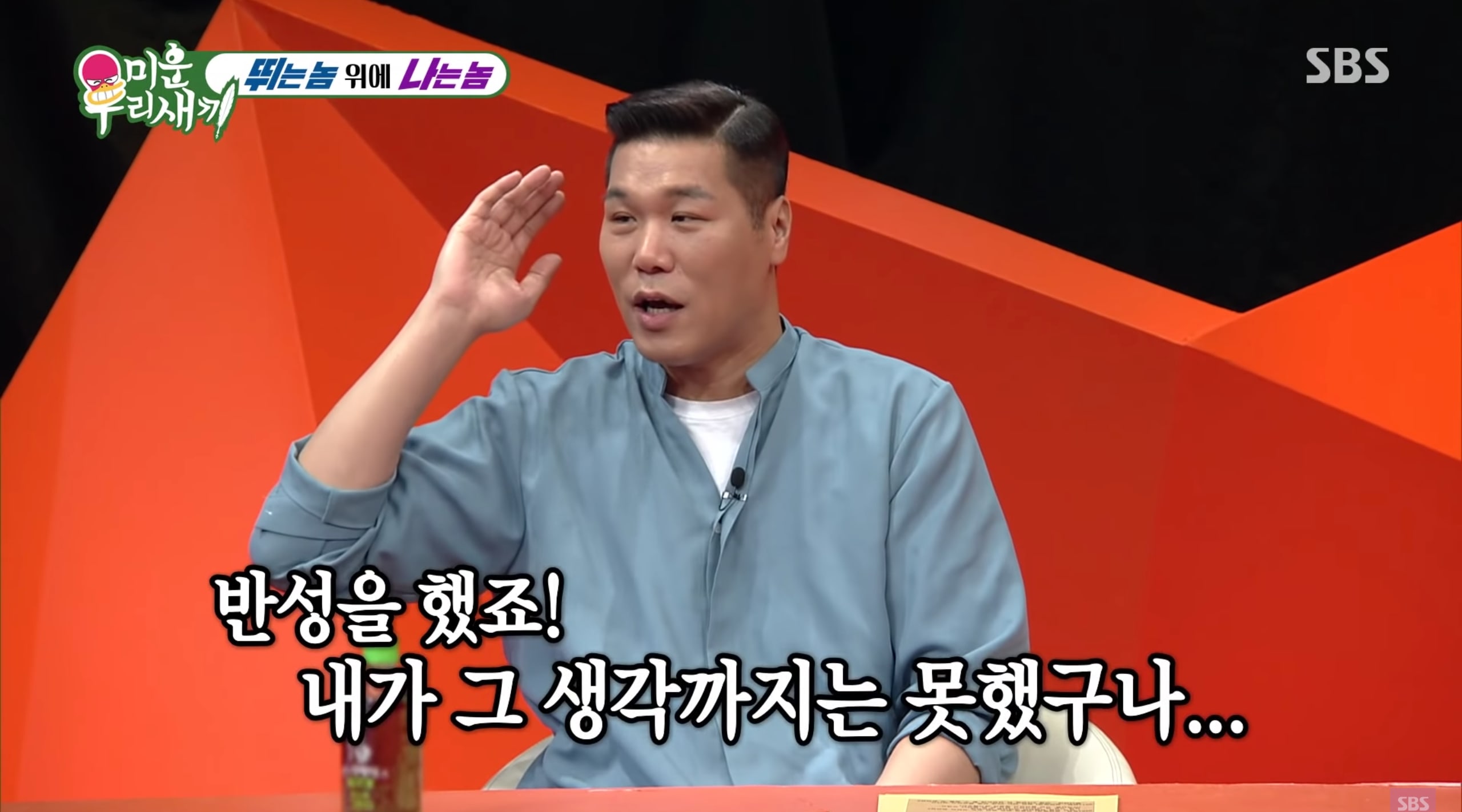 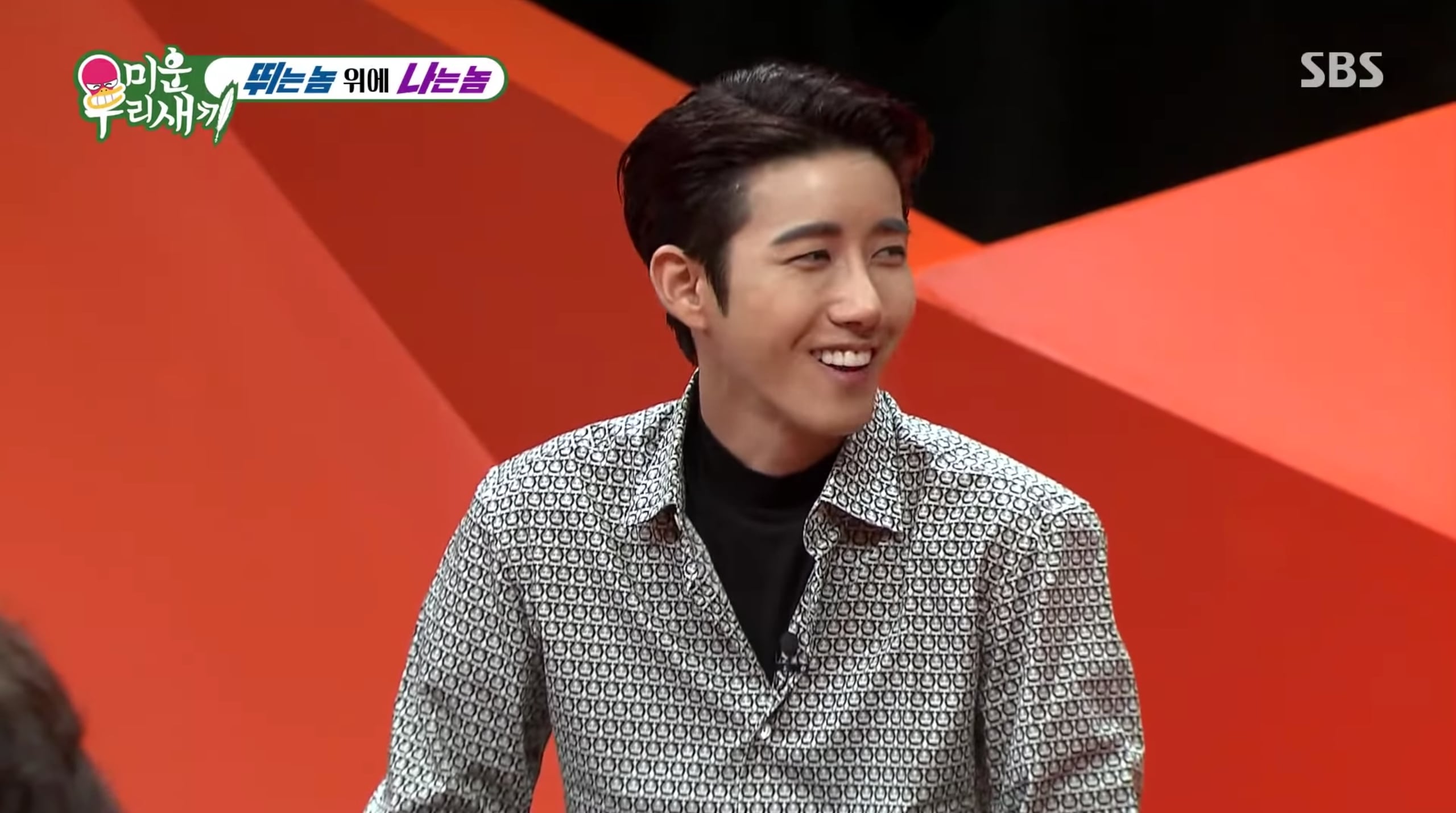 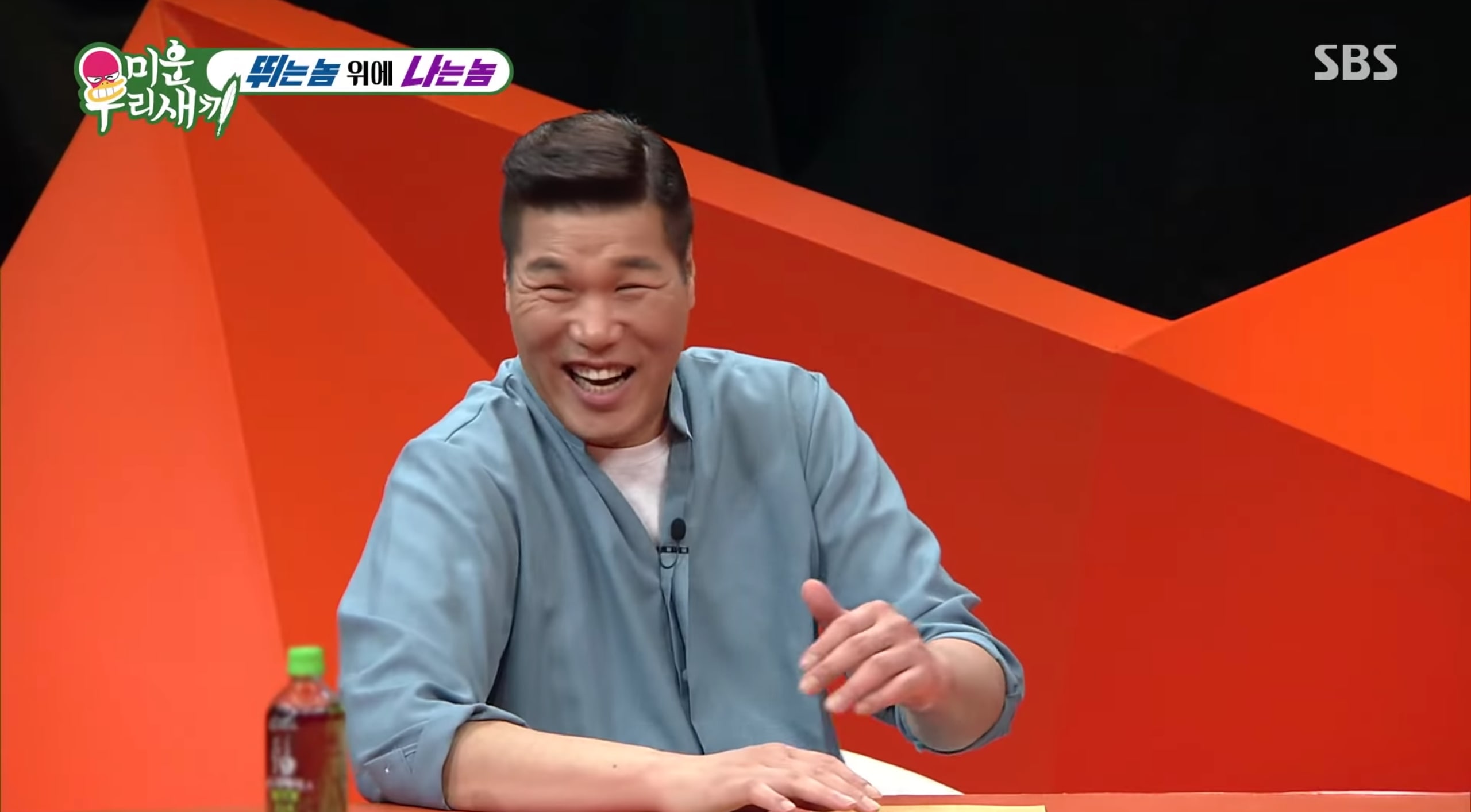