In the previous episode, Seo Hyun Joo discovered that Hwang Ji Woo was the one who saved her from drowning when she was little, thanks to an old picture that her father Seo Ho Joon (Seo Hyun Chul) gave her. Hwang Ji Woo consoled the apologetic Seo Hyun Joo, and their relationship appeared to be on the mend.

The new stills show the pair enjoying a date at the Han River. As a sign of their steadily deepening relationship, Hwang Ji Woo smiles softly at Seo Hyun Joo, who fixes him with an unreadable gaze. Hwang Ji Woo also sits awkwardly on the back of Seo Hyun Joo’s bicycle, holding onto her clothes as if he is afraid he might fall off. Seo Hyun Joo freezes up at his touch, making viewers wonder if the nervous tension is a sign that their relationship might progress into something more. 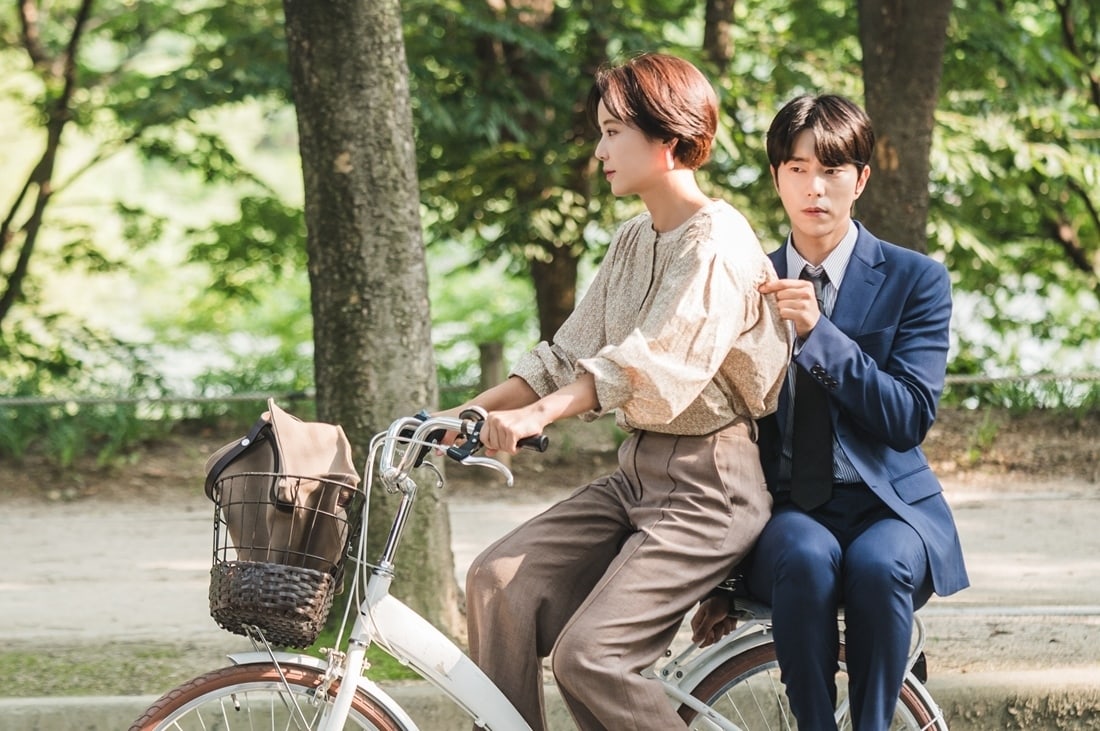 Meanwhile, Seo Hyun Joo is still struggling with how to respond to Park Do Kyum. After he confessed his feelings for her, she spent her days in confusion, made worse when her parents doubted Park Do Kyum’s suitability as a future groom.

Another set of stills show Seo Hyun Joo and Park Do Kyum conversing across a table, both hiding their mixed emotions behind forced smiles. In one still, Park Do Kyum closes his eyes and puts his palms together in apology. Viewers are curious about the conversation between them, especially after Park Do Kyum spoke about his unrequited love, saying, “It’s difficult, but I’m happy. Liking someone is usually like that.” With Park Do Kyum unwilling to let go of his feelings for her, how will Seo Hyun Joo react? 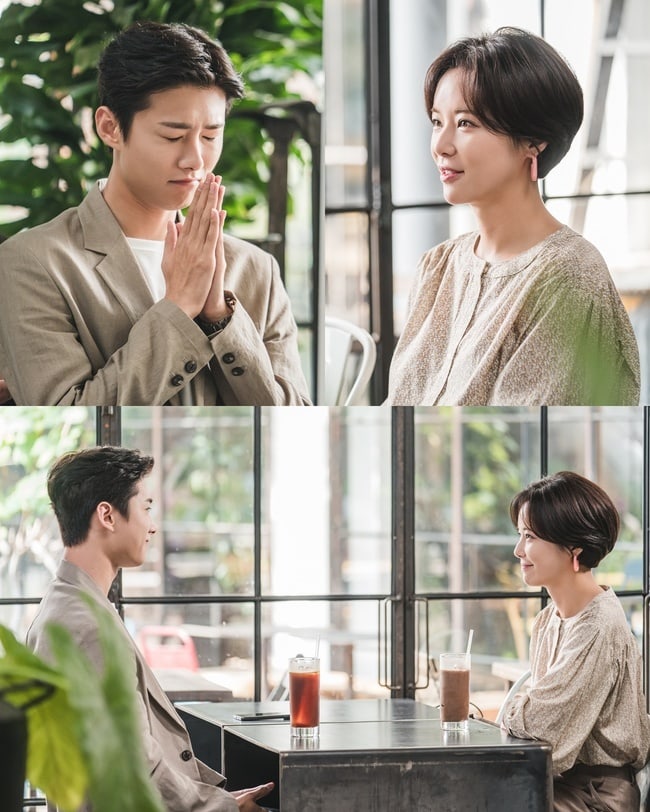