Apink’s Hayoung And Jung Eun Ji Talk About Upcoming Contract Negotiations, The Secret To The Group’s Close Friendship, And More

Apink’s Jung Eun Ji and Hayoung talked about the group’s contracts and more while appearing on the August 3 episode of KBS Joy’s “Ask Anything”!

In the show, hosts Lee Soo Geun and Seo Jang Hoon dress up as fortune tellers and give advice to their celebrity guests.

They talked about how Apink is approaching their 10th anniversary, and Seo Jang Hoon commented that since they’ve been so active, they don’t feel like a girl group in their 10th year together.

“The future is important,” said Jung Eun Ji. “Everyone talks about the ‘seven-year curse’ but we got through that, and now we’re thinking about how we can continue to be a long-running group.”

The hosts confirmed that Apink had first signed a seven-year contract in 2011 and then extended it for three years in 2018. Seo Jang Hoon asked if they’d made a lot of money when they renewed their contract.

The members explained that rather than money or certain conditions, they’d been most concerned about maintaining the name “Apink.” Jung Eun Ji said, “All the members love the name Apink.” They talked about how if they’d gone to another agency, they wouldn’t be able to use that name.

When asked, they shared that their contracts will be up as of April 19, 2021—10 years from their debut. 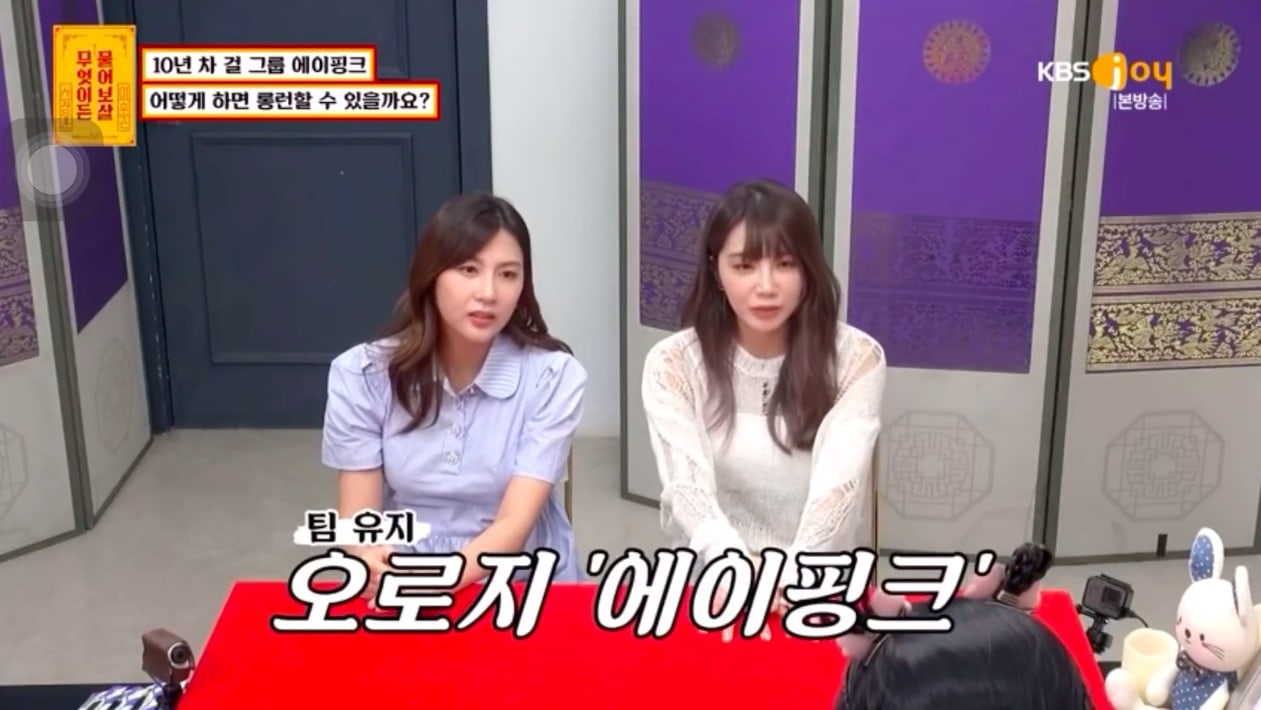 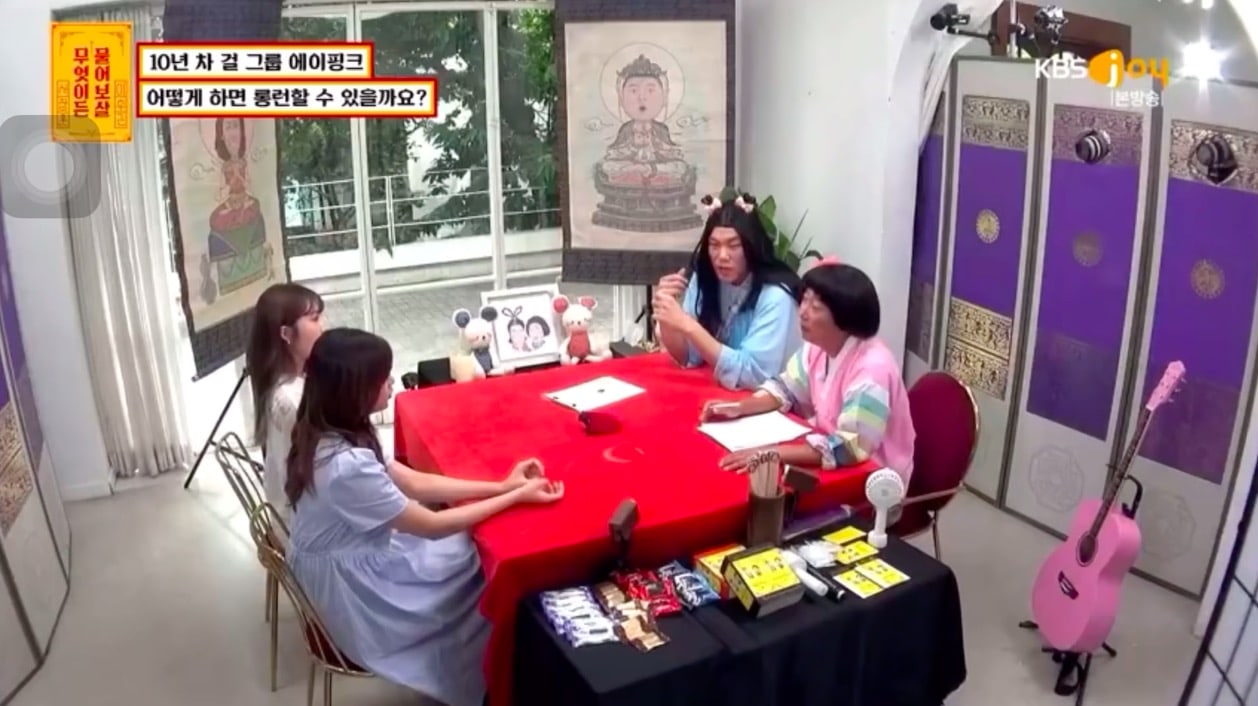 Lee Soo Geun later asked Jung Eun Ji and Hayoung if they could share their secret to not fighting and staying close like sisters over the past 10 years.

“We’ve tried a lot of things,” answered Jung Eun Ji. She shared that since they’d all come from different lives, it was of course not possible for them to match up right away when they first started living together in their dorm.

“At first, we worked hard to try to get closer and we talked a lot,” she said. “We went through a period of time like that, but the members aren’t the type of people to like that kind of thing.”

Hayoung said, “Rather than pressuring each other, we leave each other be.” She said that if someone’s emotional or crying, they don’t get in their space and say things like, “What happened? Oh no!” and therefore pressure them to open up.

Jung Eun Ji explained, “Rather than pressing someone, we keep an eye on them, and then later on we’ll do something like send a message.”

Seo Jang Hoon in the end proclaimed that their concerns were pointless, telling them to forget them. “I will cheer on your continued future as a long-running group,” he said.

Apink most recently released “Dumhdurum” in April and Jung Eun Ji made a solo comeback with “AWay” in July.