Red Velvet’s Yeri and AKMU’s Lee Chan Hyuk talked about their friendship while drawing together on the YouTube reality show “Yeri’s Room”!

In the video, Yeri introduced AKMU’s Lee Chan Hyuk as the first male guest on her show.

Lee Chan Hyuk started off the conversation and asked Yeri, “Do you remember what gift I got for you during your first concert?” Yeri answered that it was food, and Lee Chan Hyuk revealed that he brought her a present again. The gift turned out to be Korean herbal medicine, and Yeri started laughing out of surprise. 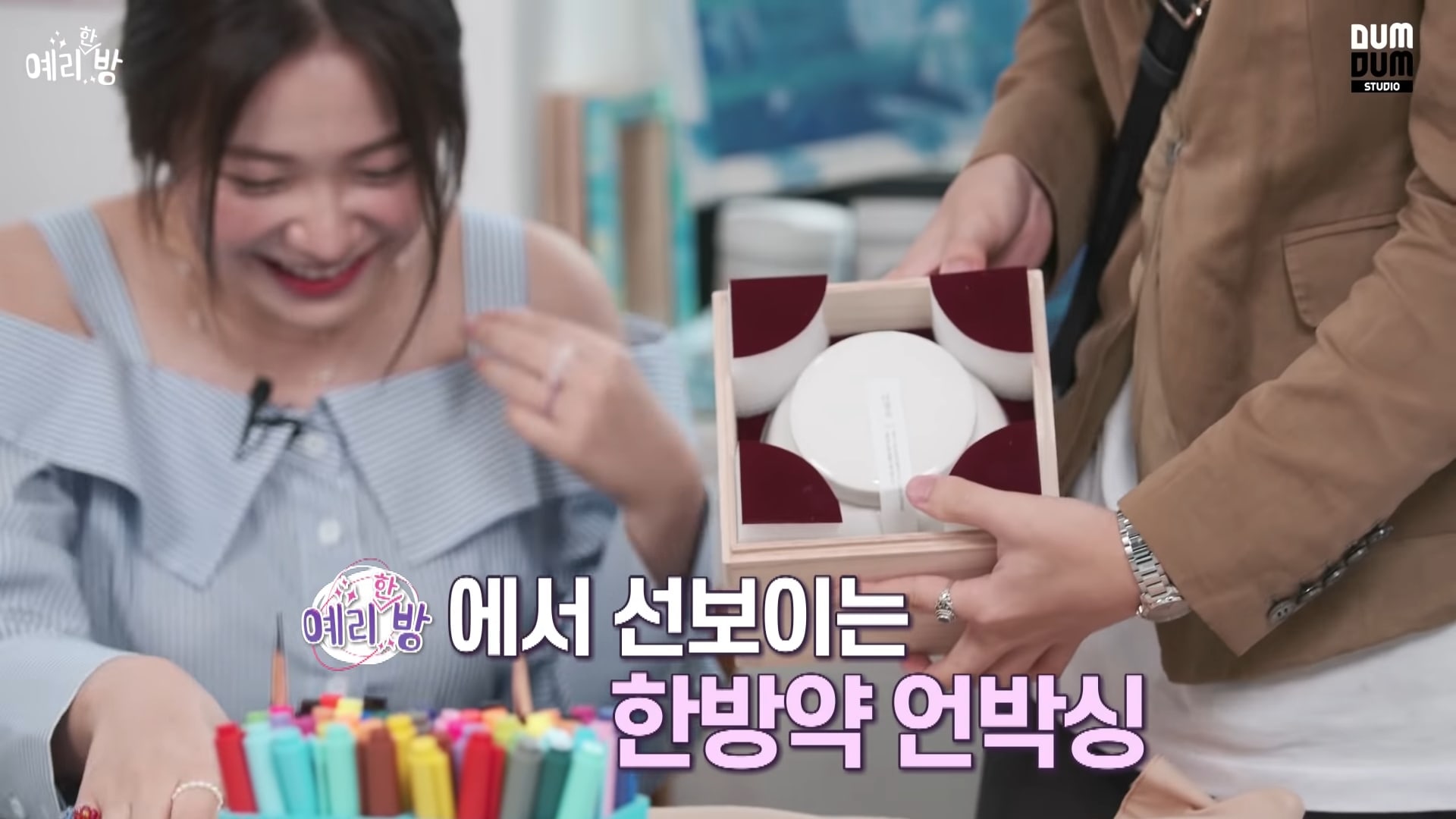 Yeri then asked Lee Chan Hyuk to explain to viewers why they were sitting in an art studio. Lee Chan Hyuk revealed that he’s been drawing a lot lately, and he also showed off his collection of artwork.

He said, “I’ve been drawing with a single theme in mind. The first one I did was the drawing of the owls, and they’re not actually owls. These are people living as they wear owl masks.” He also explained that the depiction of the tiger is actually another person wearing a mask as well. 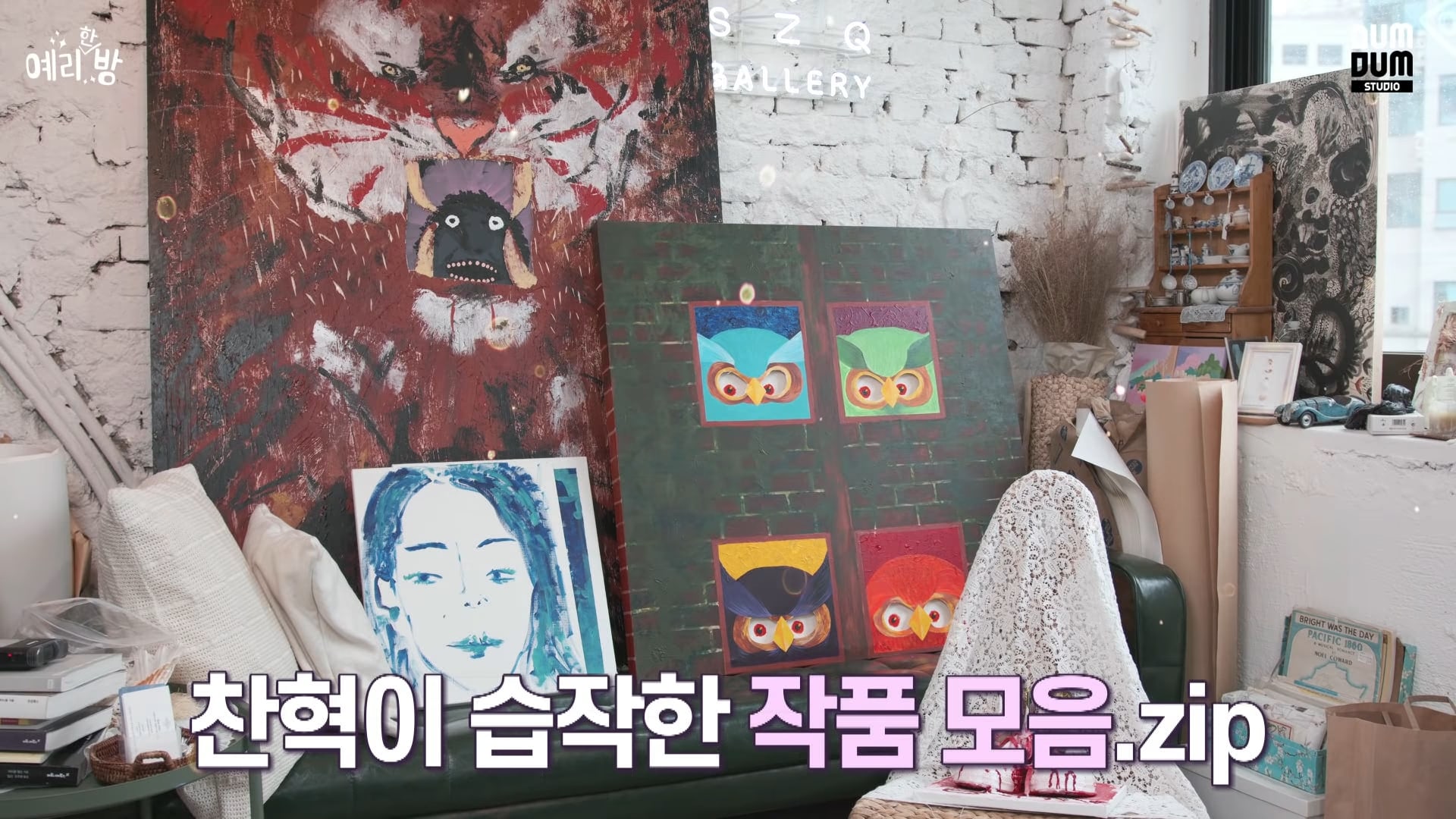 “The art exhibition’s name would be ‘Zoo,'” Lee Chan Hyuk said. When Yeri asked about the blue watercolor paintings, Lee Chan Hyuk explained that he started them when he got tired of the tiger drawing.

Yeri introduced Lee Chan Hyuk’s first novel as well, which is titled “Fish in the Water.” She asked him why he decided to write the book and suddenly laughed, remembering something funny. Yeri said, “Chan Hyuk never really used to read books.” Lee Chan Hyuk revealed that Yeri had sent him books while he was serving in the military, and that was how he began to get involved with literature.

Next, the friends took on the challenge of drawing each other as animals. Yeri asked Lee Chan Hyuk to name an animal that she resembles, and he answered, “Do I say this honestly?” Yeri quickly said, “No,” and she burst out laughing. Lee Chan Hyuk ended up choosing a hippopotamus and explained, “I think I can draw it really cutely.” Meanwhile, Yeri chose an otter for Lee Chan Hyuk but later changed her mind, deciding to draw him as a dolphin. 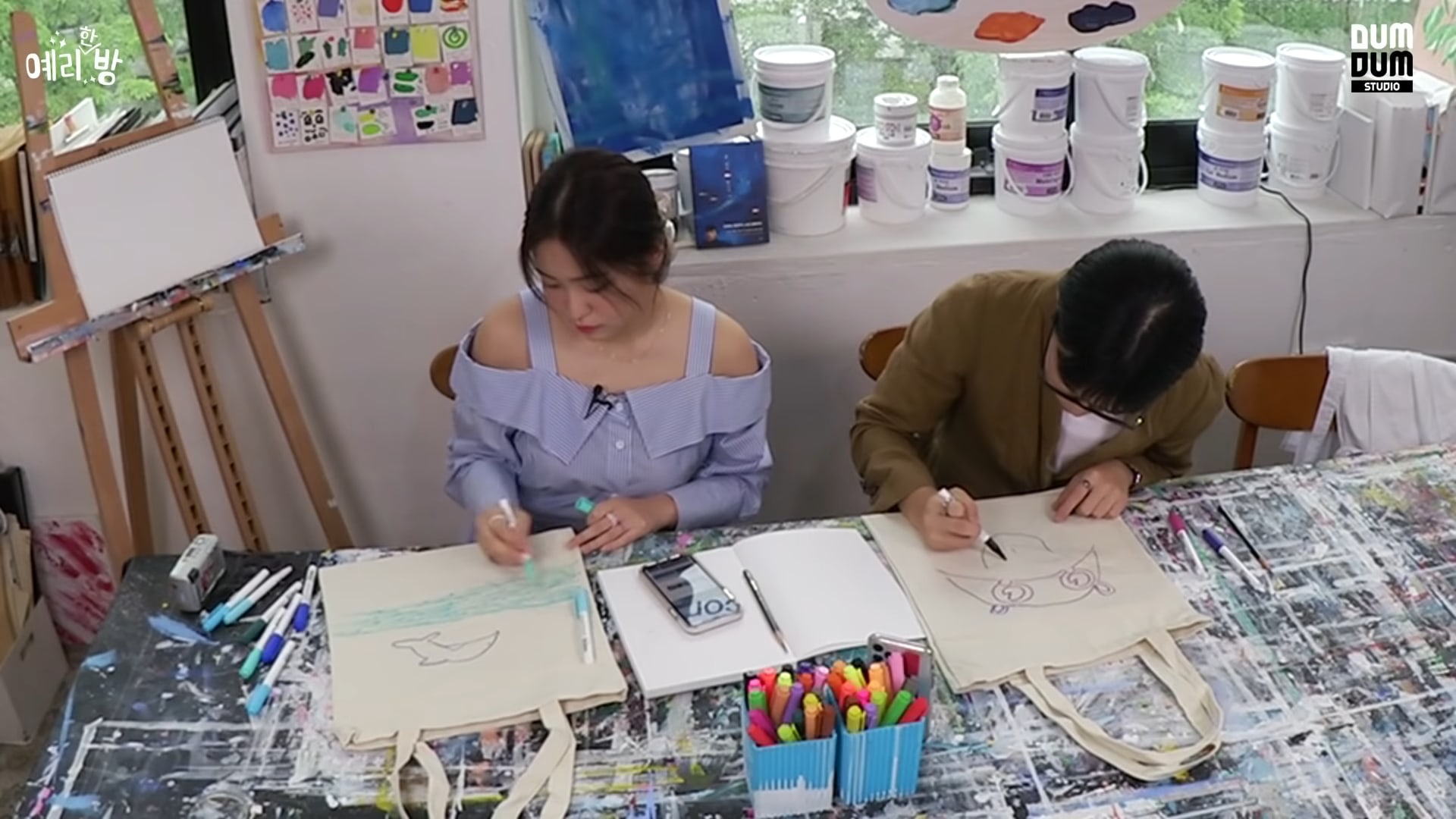 While working on their drawings, Lee Chan Hyuk talked about what he thought of Yeri’s self-composed track “Dear Diary” when he heard it at their concert. He said, “Since it was a song that you made, the performance seemed to suit you perfectly. I thought that you would’ve gained some fans after that.”

Yeri revealed that Lee Chan Hyuk inspired her to work on music of her own. Lee Chan Hyuk shared, “When I let you hear my unfinished music, you’re one of the people with the best reactions.”

The duo also talked about how they became friends. Yeri said that she’s close with AKMU’s Lee Soo Hyun and that when they were out late, Lee Chan Hyuk once told them to come home and had even prepared snacks for them. Lee Chan Hyuk shared that he initially thought Yeri and he would not get along since Yeri is more outgoing than him, but the two proved to have a lot in common after getting to know each other.

Yeri and Lee Chan Hyuk then showed off their finished pieces. Lee Chan Hyuk joked that Yeri’s drawing made him seem like he died and that she drew it in his memory. 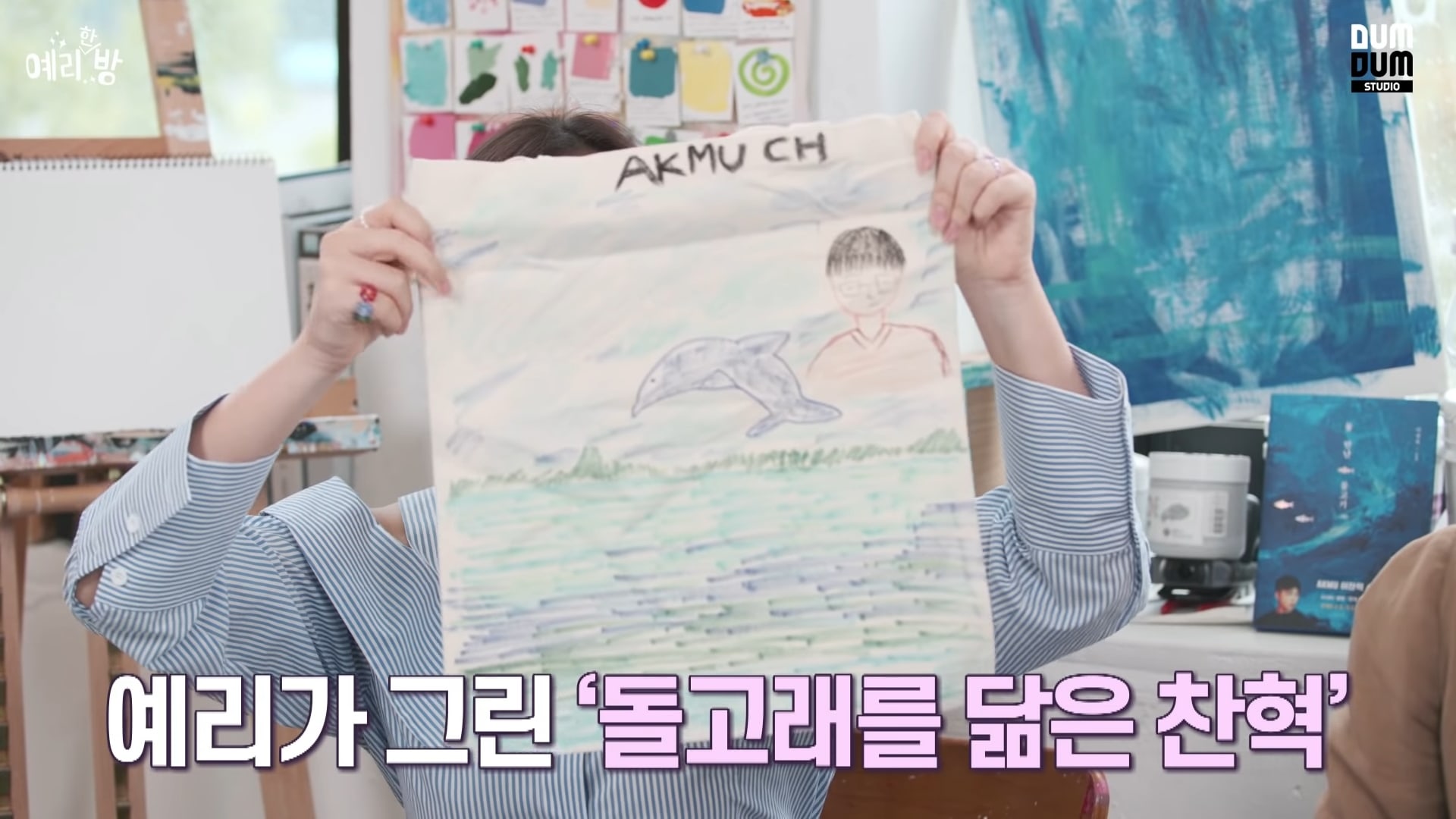 Lee Chan Hyuk explained his drawing of Yeri, pointing out how he paid attention to her makeup. 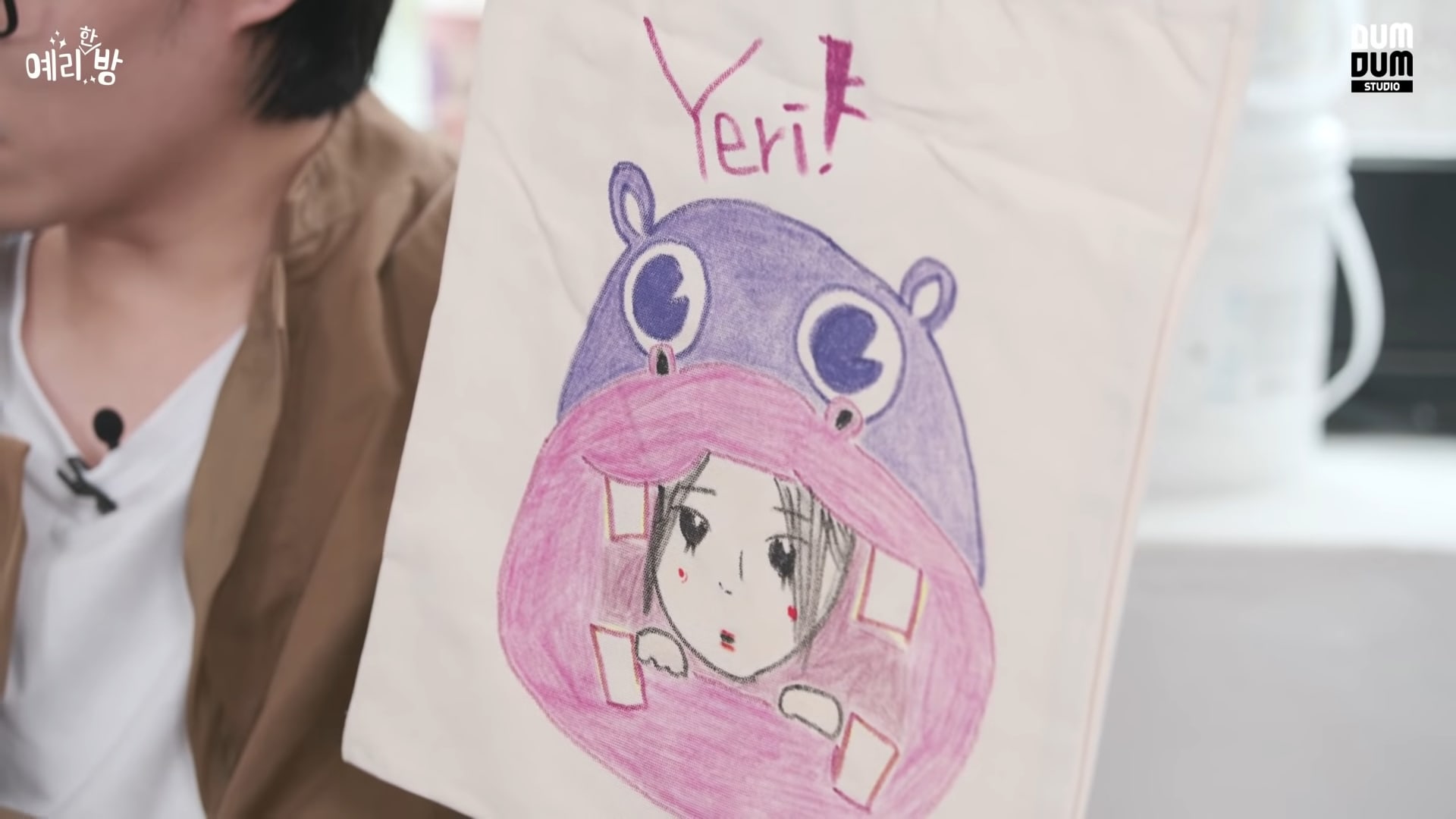 The two then turned their artwork into bags and took a cute photo together to show off their pieces. 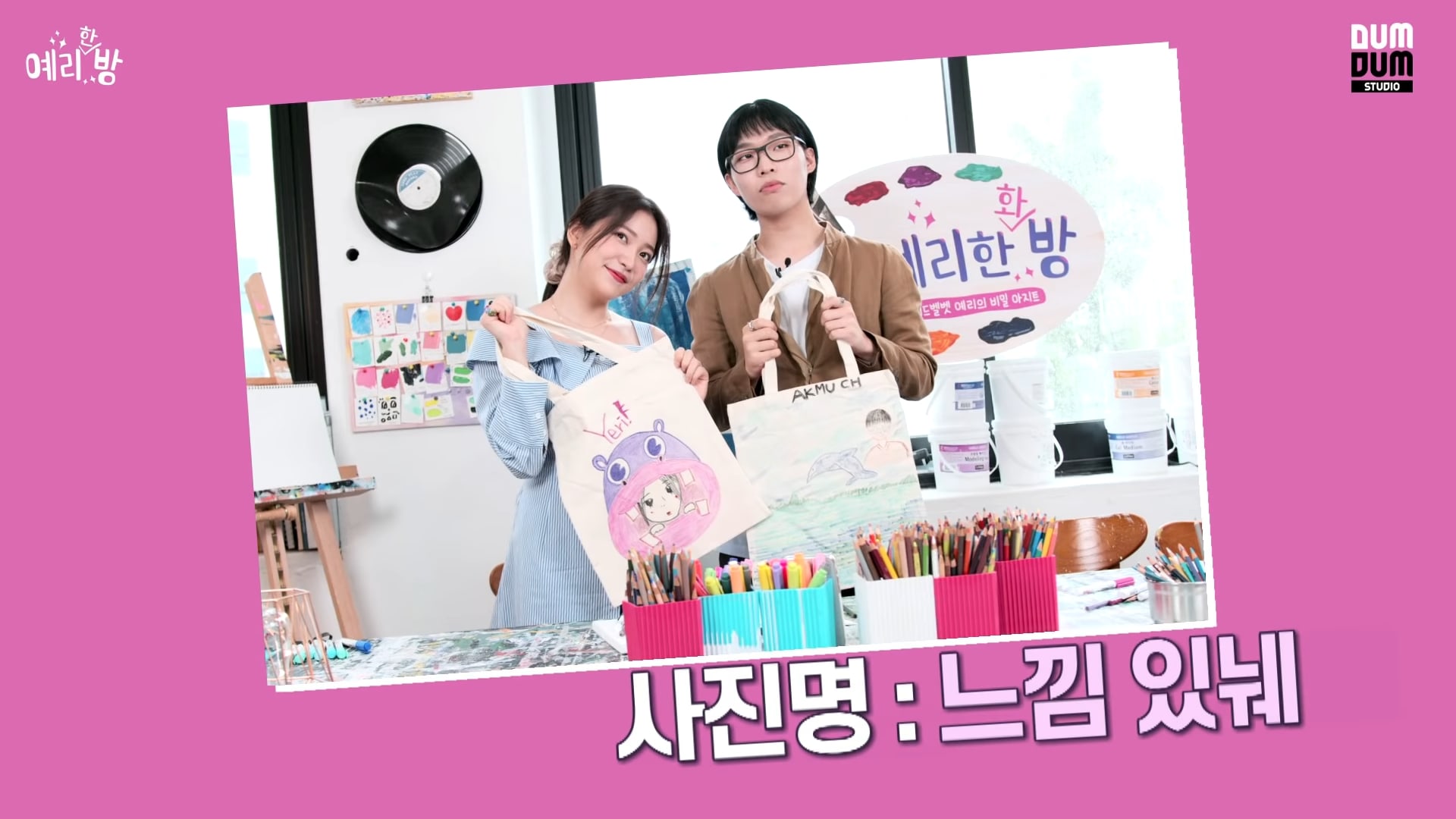 Watch the full clip with English subtitles below!