BTS shared a teaser schedule for their return, which announces that they’ll perform at the 2020 MTV Video Music Awards!

On August 5 at midnight KST, the group revealed what fans can look forward to in the coming weeks surrounding the release of their English-language single “Dynamite” on August 21.

Teaser photos will be coming out at midnight KST on August 11, 13, and 16, before an MV teaser is dropped on August 19.

The official music video for “Dynamite” comes out at 1 p.m. KST (midnight EST), while “‘Dynamite’ MV (B-side)” is released on August 25 at midnight KST.

The poster includes some news about their promotional schedule, including a performance of “Dynamite” at the MTV Video Music Awards! They’ll also take part in interviews for MTV’s “Fresh Out Live” and NBC’s “Today Show.” 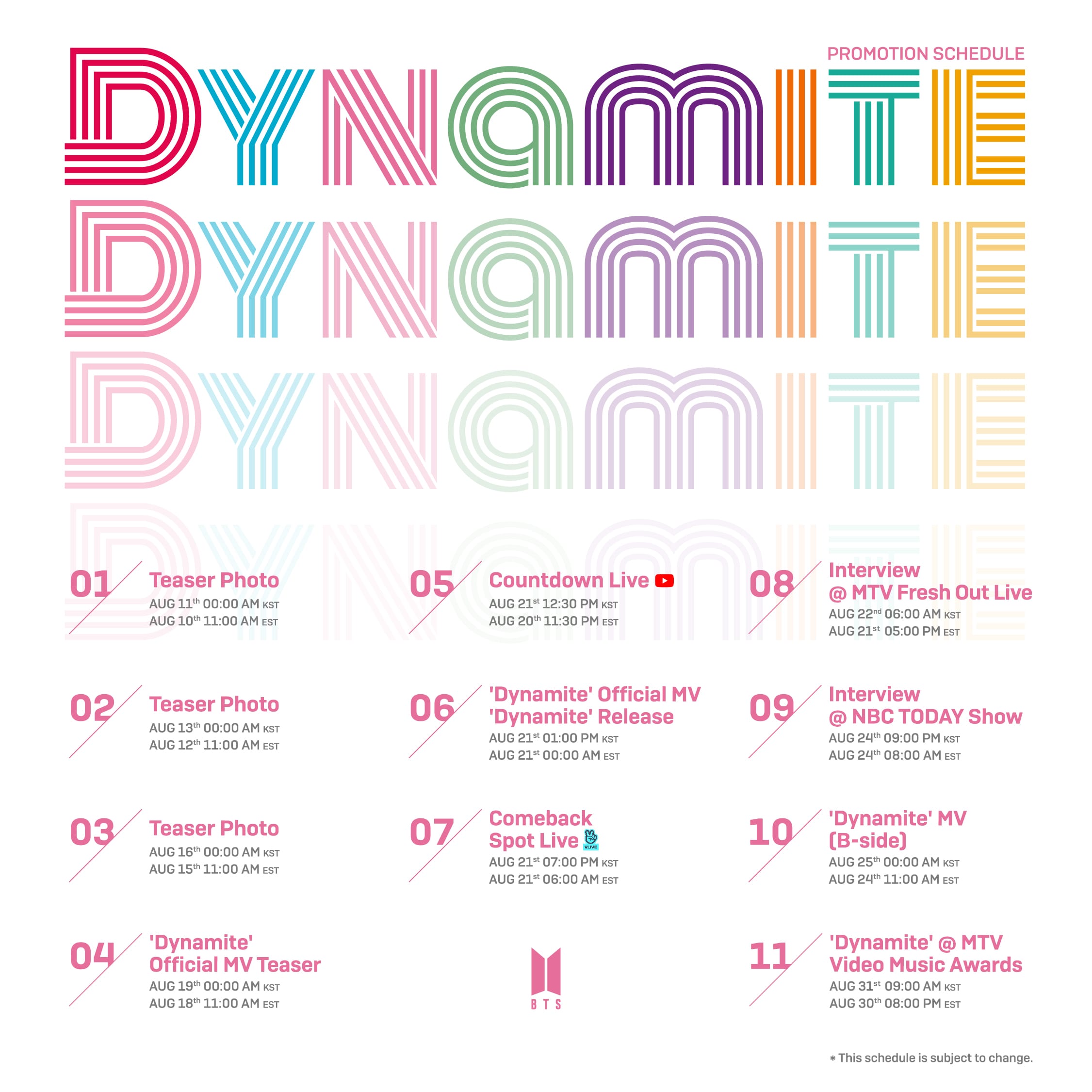 The MTV Video Music Awards ceremony will be held on August 30 at 8 p.m. EST (August 31 9 a.m. KST). This will be the first time that BTS has performed at the ceremony. They’re nominated for three awards this year!

BTS
2020 MTV Video Music Awards
How does this article make you feel?