On August 4, SHINee’s Taemin held a V Live broadcast before the release of his prologue single “2 KIDS.”

Taemin shared with fans that he’s been dieting and preparing to communicate a lot with fans through social media ahead of his comeback. On his new single “2 KIDS,” Taemin said, “My upcoming album [‘Never Gonna Dance Again’] consists of Act 1 and Act 2, and together the two parts tell a story. ‘2 KIDS’ is about growing pains and depicts the story prior to the one in the album. You can think of it as a teaser before the movie called ‘Never Gonna Dance Again.'”

Elaborating further on the upcoming album, Taemin said, “Act 1 shows a new side of me. I think it’ll be something you’ve never seen in K-pop before. And Act 2 is the end-all-be-all. It’s the ultimate level of intensity.” He continued, “‘Never Gonna Dance Again’ was originally the name of the concept. Because it doesn’t make sense for me to stop dancing. But I wanted to give a sense of rebellion with the irony of the title.” 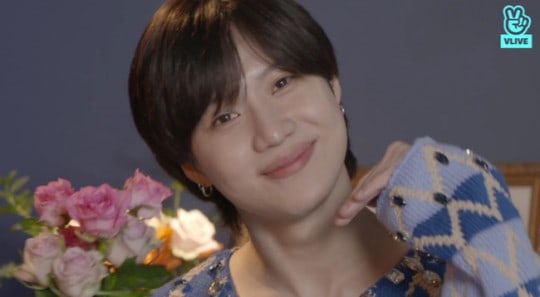 The prologue single “2 KIDS” is an electronic pop track with a warm guitar sound. Taemin explained that the track is about memories and his younger days when he didn’t know much about love. I wanted everyone to recall similar memories when listening to the song, so I portrayed the sentimental emotions of the song with detailed vocals.”

“Honestly, when you listen to my songs, there are a lot of them that are more exciting or sentimental, but this one is a good song to listen to while just going about your day. It’s a song that can always be with you.”

Taemin, who wrote the lyrics for the song, said, “Whenever I’m on a plane, I get inspired. I wrote lyrics using different memos that I had written in my phone.”

Sharing his thoughts on his styling for the song, Taemin said, “I tried some fake tattoos and a lot of different styles, and I’m curious what you all think about it. It’s darker and more of a bad boy look. It could be kind of a spoiler if I start to explain, but if I were to say something quickly about it, you can think of it as an image from my inner self.” 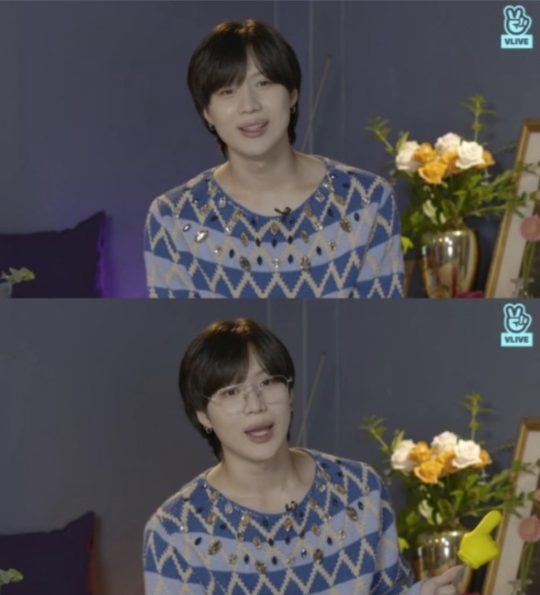 Also answering questions from fans, Taemin talked about SHINee’s plans. He said, “I’m not completely sure, but I think [SHINee could be making a comeback] this year or early next year.” For the release of his third album, Taemin said he can’t give a specific date, but hinted that it could be coming sooner than people think.”

Taemin also revealed that he has completely recovered from his wrist injury. “I’m done with all rehab for it, so you don’t have to worry.”

Closing with some love for fans, he said, “Fans are like my inseparable best friends. To speak on behalf of SHINee, we love it so much when you return to SHINee from your everyday lives. We think there are probably also people who have nostalgia about SHINee, thinking, ‘I really loved SHINee back in the day.’ You’re everything to us.”

He added, “We’ve joked before that you’re not allowed to cheat on us, but we get jealous. So please don’t cheat on us. Let’s smile and be together for a long time. Thank you, and love you always.”