tvN’s Wednesday-Thursday drama “Flower of Evil” has shared new stills of Lee Joon Gi and Moon Chae Won locked in an uncomfortable situation as she unknowingly begins chasing after him as a suspect.

The new stills show Baek Hee Sung breaking into someone’s house. His hat is pushed down to hide his face as he searches the house like he’s looking for something. He is deep in thought, as though things aren’t going the way he’d hoped, and his cold expression is far from the ones he shares with his wife and daughter. Having locked former classmate Kim Moo Jin in a basement as he knew Baek Hee Sung’s real identity as Do Hyun Soo, it remains to be seen what would be valuable enough for Baek Hee Sung to go searching. 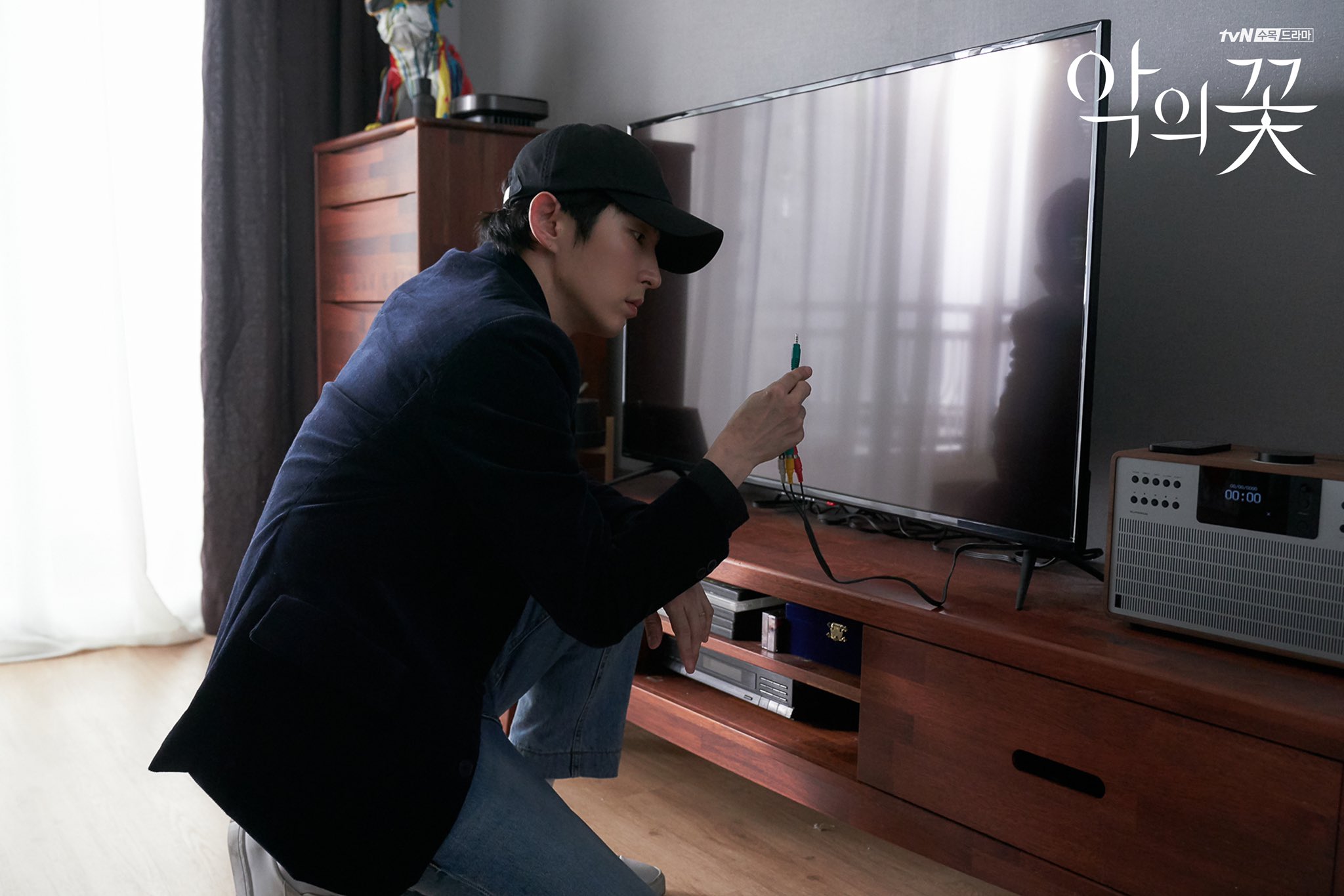 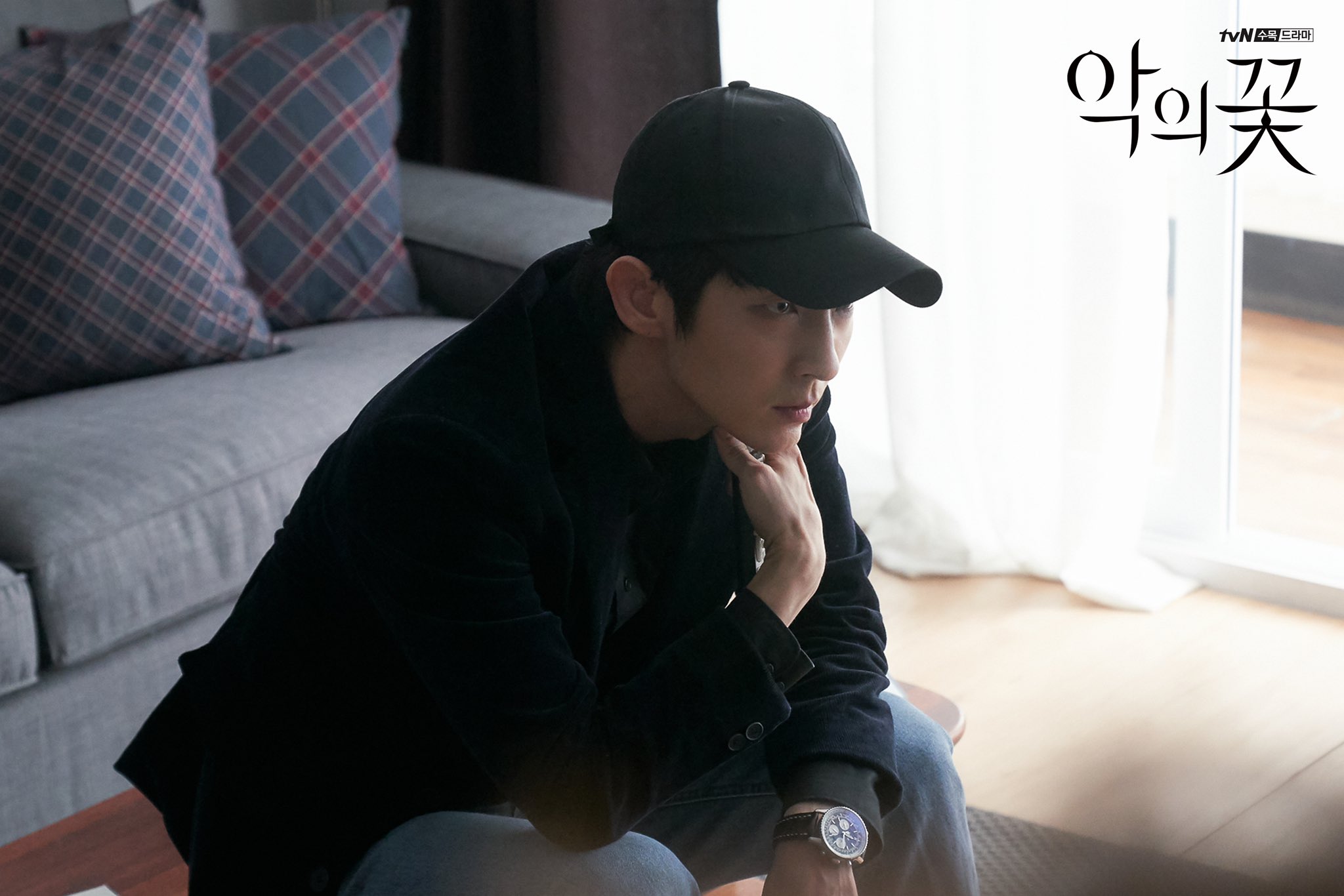 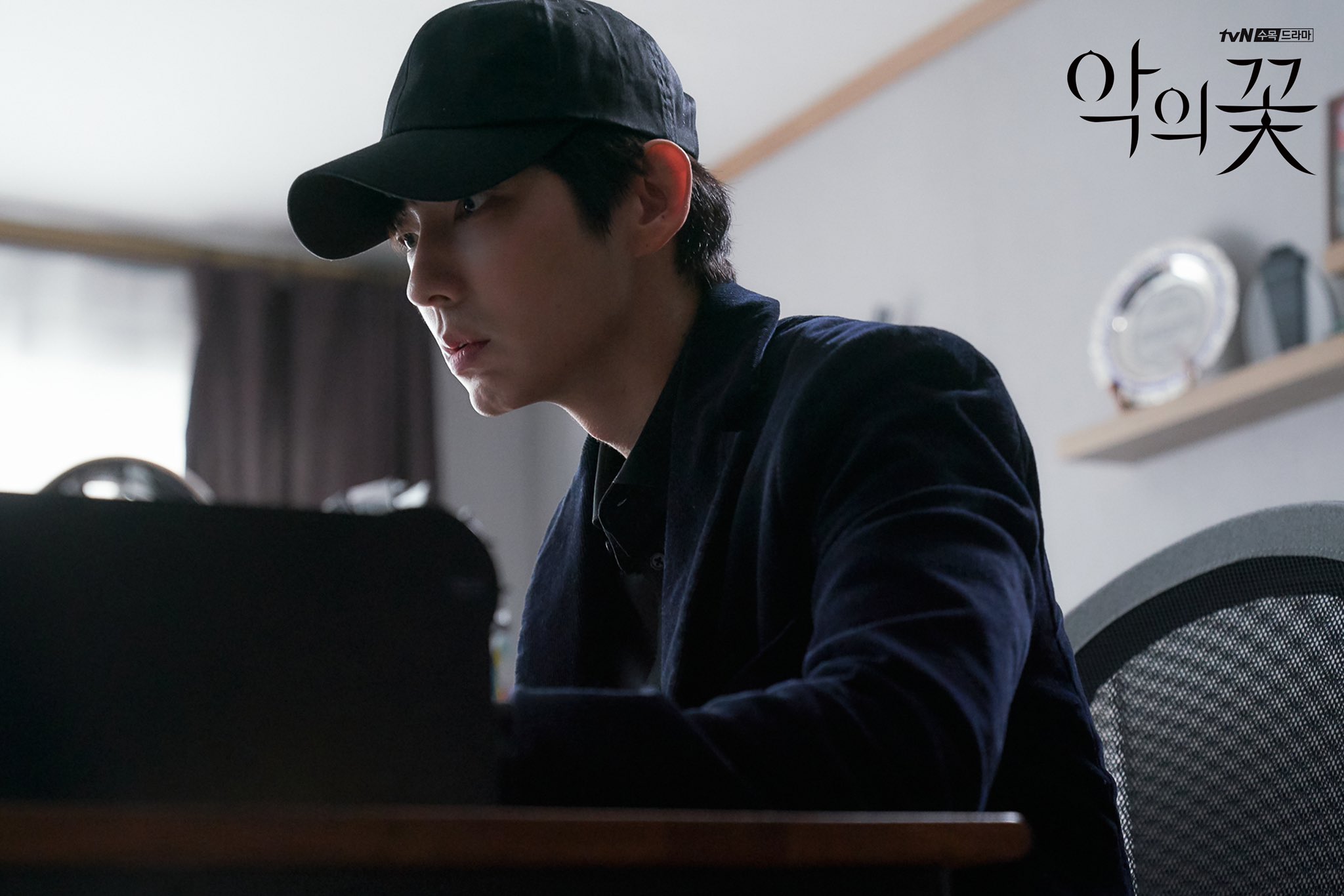 Meanwhile, Cha Ji Won is in the middle of a meeting at the police station, her gaze sharp as she listens to the conversations going on. The previous episode had hinted at a new investigation opening up following the murder of a man who had worked with Do Hyun Soo, a suspect in the Gagyeong village head murder and the son of the man behind the Yeonju serial killings. The murderer had been wearing a black raincoat at the time, and Baek Hee Sung had come home also wearing a raincoat, causing Cha Ji Won to grow suspicious. 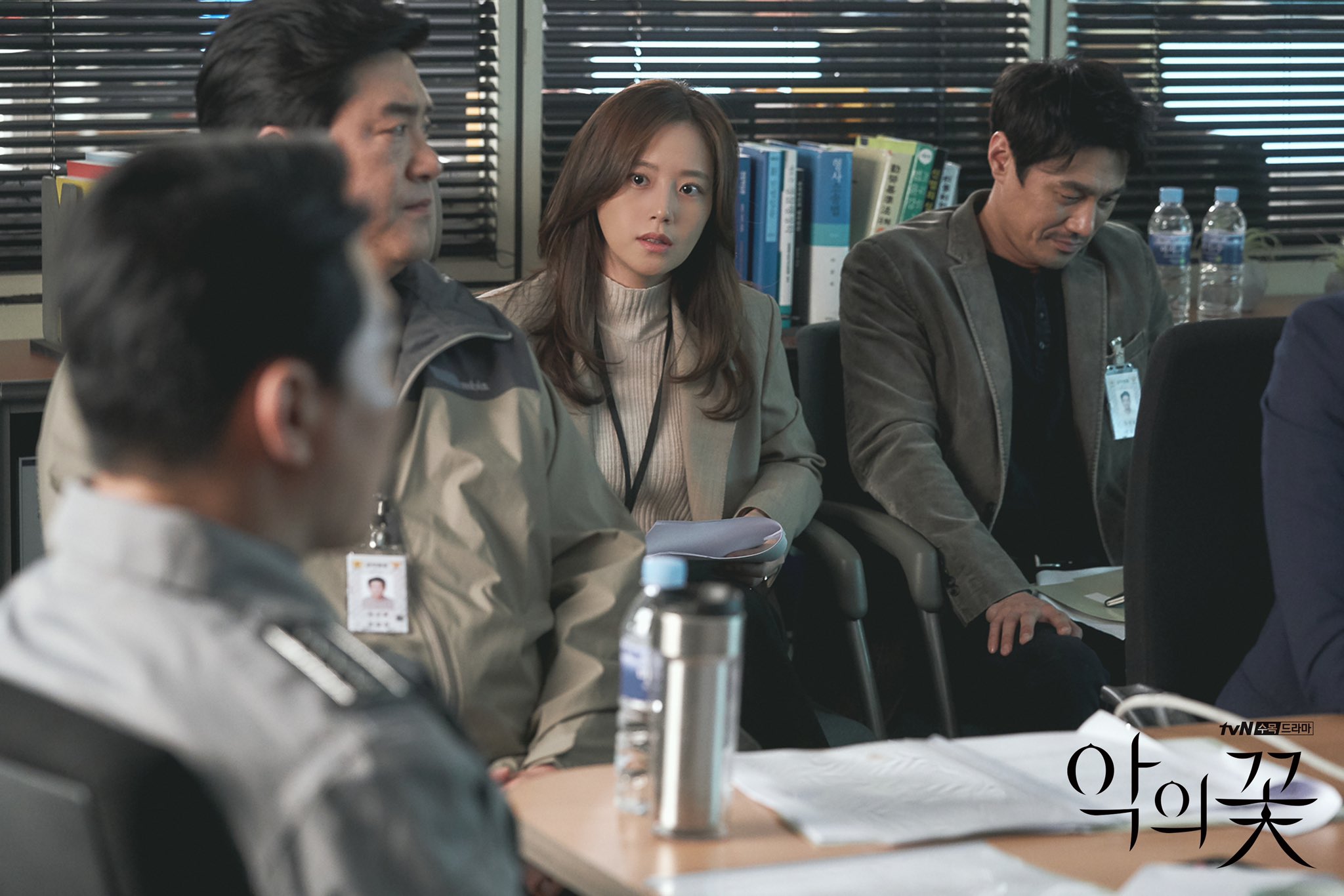 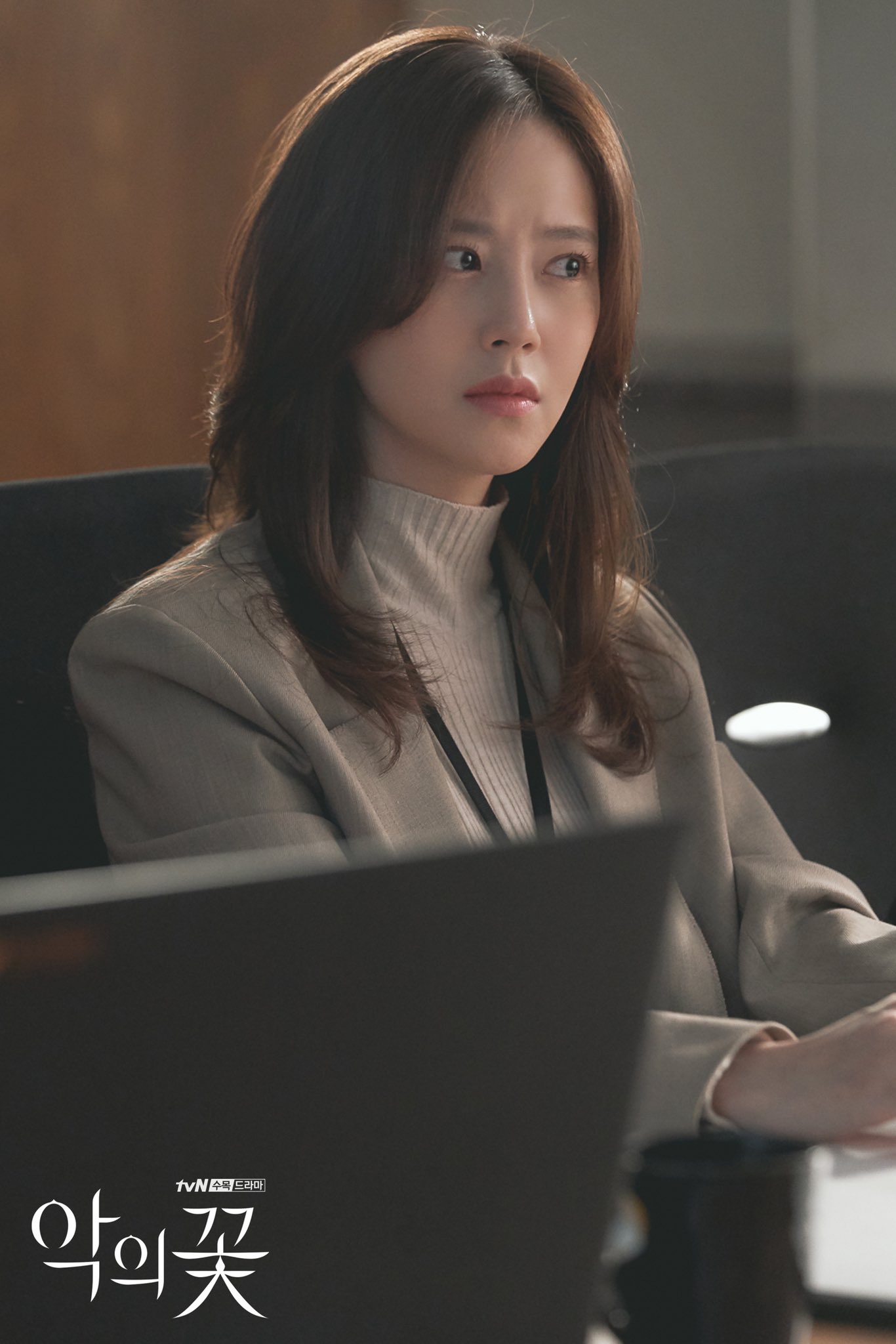 The production staff stated, “This is set to be another fast-paced episode as Cha Ji Won comes one step closer to Baek Hee Sung’s identity. Please keep watching till the end.”

The next episode will air on August 5 at 10:50 p.m. KST. Catch up with the latest episode of “Flower of Evil” below!