Joo Won’s character Park Jin Gyeom is a strong and charismatic detective who was born apathetic. He feels no emotion whatsoever and is always cold and stoic, until one fateful day when everything changes in his life. His one and only goal is to catch the culprit who killed his mother when he was in high school.

In the newest stills, Park Jin Gyeom is at shooting practice. His cold eyes are pinned on his target, and his stiff expression is filled with concentration and determination. 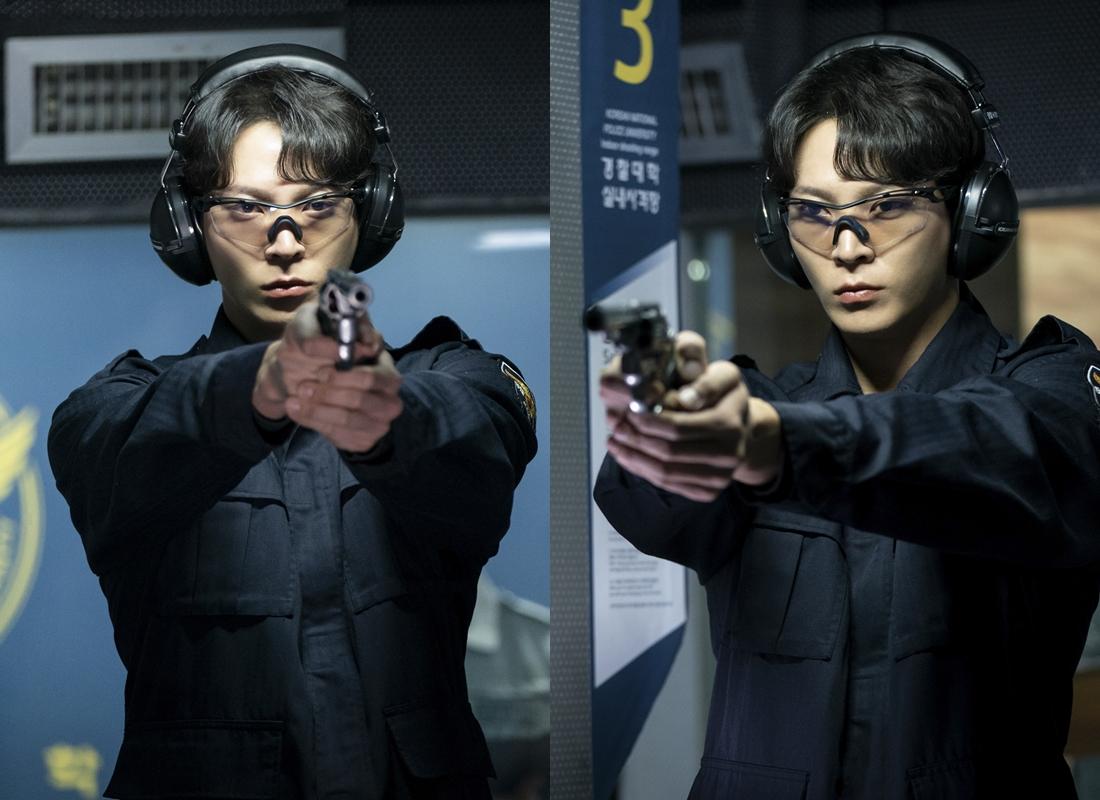 The production team of “Alice” commented, “Joo Won’s character Park Jin Gyeom is a character who was born apathetic and slowly changes throughout the story development. It is an impossible role to portray without thorough character analysis and delicate expressions. Joo Won was able to pull this off with his intense passion. In addition, you will be able to see Joo Won’s action scenes, which have become more powerful since his discharge from the military. Please look forward to the drama.”