“Zombie Detective” is a new comedy about a zombie in his second year of resurrection who becomes a detective and desperately searches for the truth about his past. Choi Jin Hyuk will be starring as Kim Moo Young, the titular zombie detective who struggles to adapt to his new life and coexisting with humans. Unlike the scary zombies seen in more conventional films and dramas, Choi Jin Hyuk’s Kim Moo Young will be a hilariously relatable zombie who also boasts an appealing masculine charm.

On August 6, the upcoming drama released its first poster, which captures just how different Choi Jin Hyuk’s character is from the average zombie. While zombies are often depicted as mindless creatures acting on instinct, Kim Moo Young’s sharp, pointed gaze reveals just how alert and intelligent he is.

However, in true zombie form, the lonely and battered Kim Moo Young is unable to feel pain: despite having a gaping hole in his torso through which viewers can see the scenery behind him, he appears calm and unbothered by his shocking injury. As a detective who cannot die no matter how badly he is injured, Kim Moo Young promises to deliver more thrills and excitement in his action scenes than the typical crime drama lead. 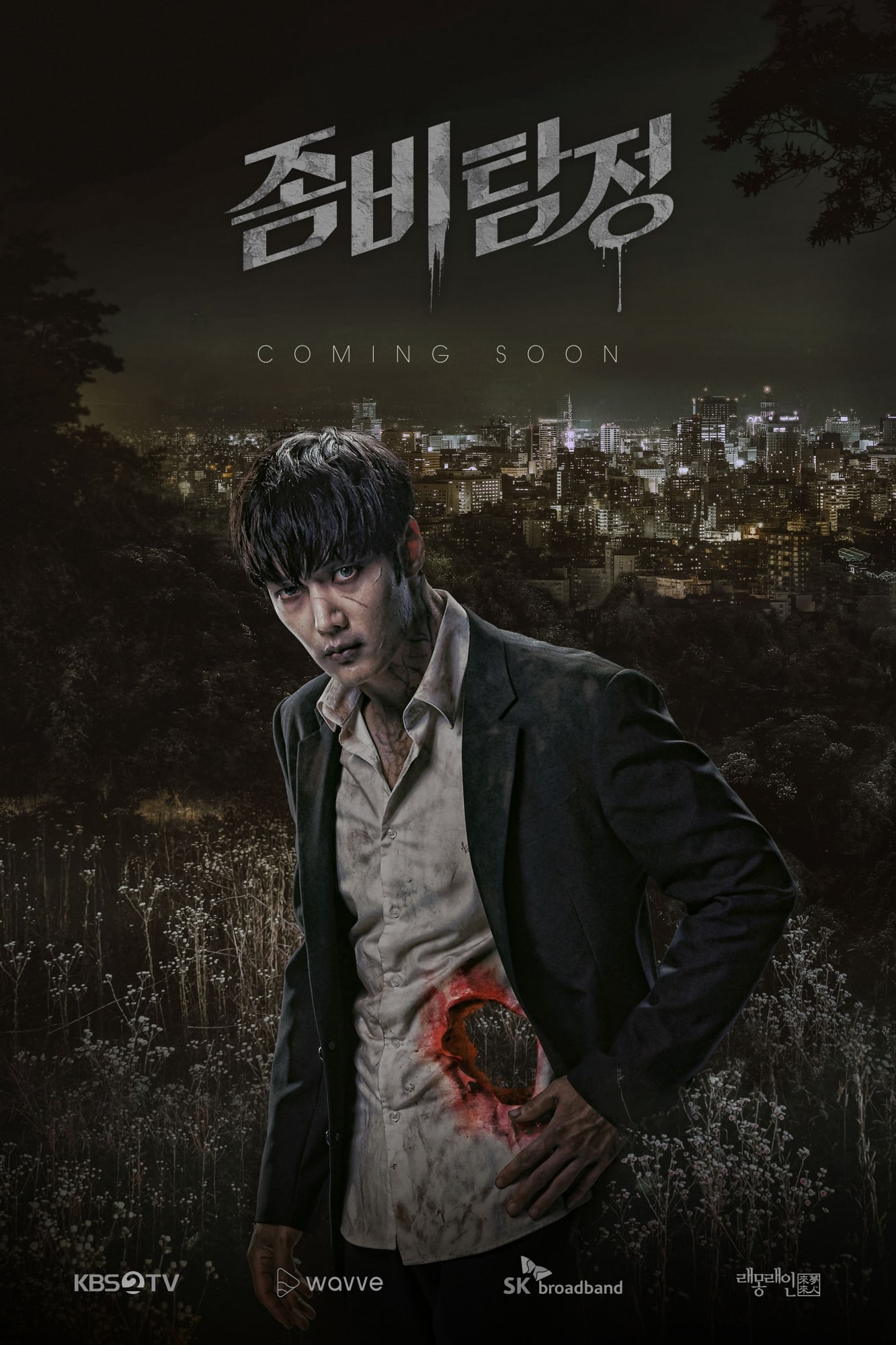 “Zombie Detective” is currently scheduled to premiere later this year, following the conclusion of KBS 2TV’s romantic comedy “To All the Guys Who Loved Me.” Check out the latest episode below!